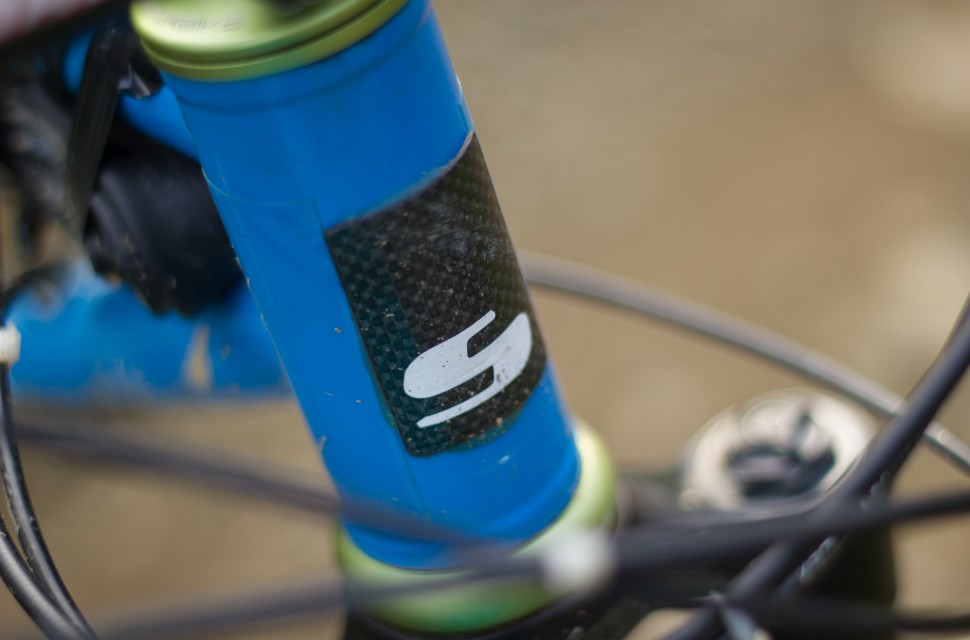 Glance down this list and you'll quickly realise there are a fair few British bike brands based here in the UK and they are pretty good ones at that. From mountain bikes to lights to saddles to trusty mudguards, the list is varied and the goods are quality.

Listed in no particular order, we’ve picked out 14 brands that manufacture their kit right here on this island, feast your eyes on the best of British….

Swarf Cycles is the brainchild of one man, Adrian Bedford, who can be most often found laying up carbon or welding beautiful steel frames together in his workshop in Peebles, Scotland. This bike pictured is actually Rachael from the off-road.cc team's personal bike. It’s a Swarf Curve and is one of a batch of seven 150mm travel bikes created by Adie, the design and completion of which won him the “Best New Builder” award at Bespoked UK Handmade Bicycle Show in 2014. Adie is now concentrating on a 115mm 29er full sus, named the Contour and there are rumours that a 27.5” version is on the cards too. 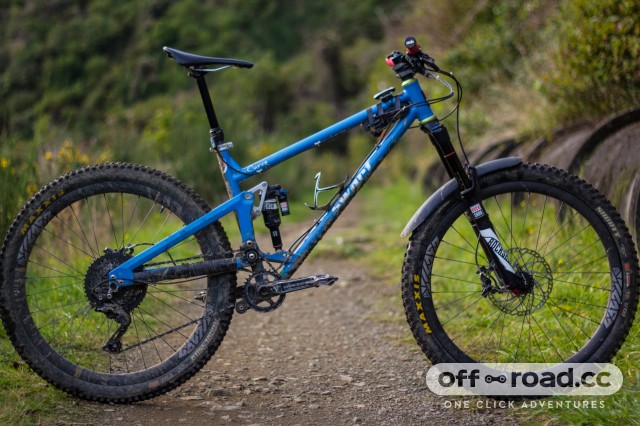 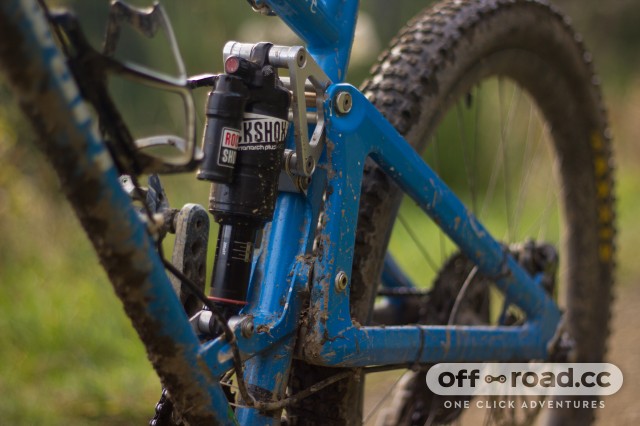 Scotland-based Shand Cycles fabricate hand built bikes mainly with an adventure and drop-bar theme. The brand has been lovingly making frames and building bikes since 2003 and now have a large range including expedition bikes, like the Tam and mountain bikes like the flat bar Bahookie too. Shand deal with the raw tubing from suppliers, the frames are welded and tested and then painted in-house whereas carbon fibre models are designed in Scotland and manufactured by our partner factory in Asia before returning to Scotland to be painted and built.

Recently Shand has been bought by the Liberty Group who has pledged to rejuvenate the UK bicycle manufacturing industry. We brought you news last month that the Scottish company Shand were teaming up with Trillion Cycles, an outfit also owned by the Liberty Group making for what could be a very interesting and productive partnership. 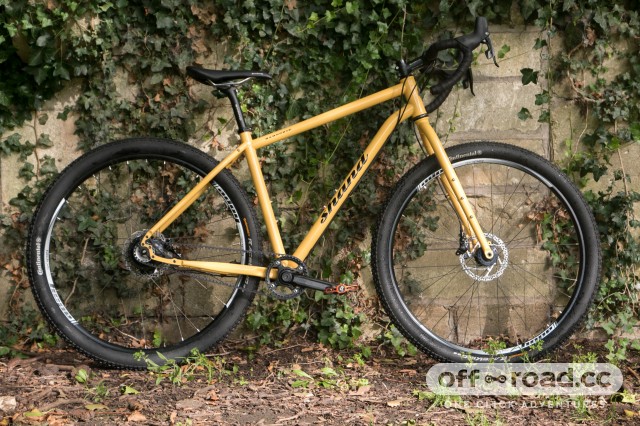 That brings us nicely onto Trillion Cycles, as we have said, a company that is part of the Liberty House Group, a company that specialises in commodities, metals recycling and the manufacture of steel, aluminium and engineering products. It's no small company, last year the group also bought Tata Steel in the UK. We've heard that the boss of this company started off in life selling bikes so it makes sense he'd want to combine two passions and pour some money into the development of a steel bike. Trillion produces and builds all of its frames and bikes in the UK beginning with The Prime, a 160mm hardtail, running on 27.5" wheels and using a mix of Reynolds 853 and Colombus Zona steel. The low standover and long wheelbase a dead giveaway of the trail bruiser it's designed to be. 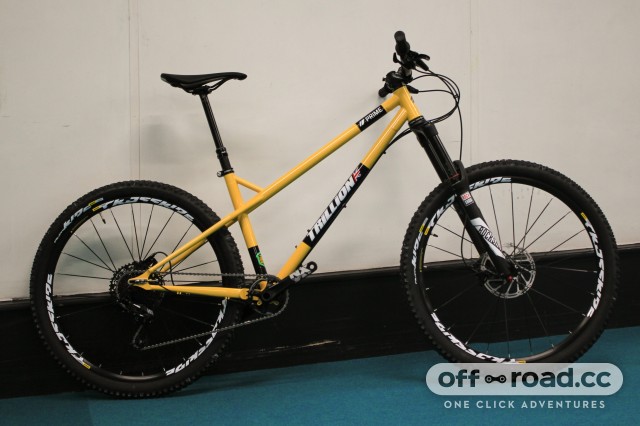 Born and bred in Barnoldswick, Lancashire Hope Technology are best known for their beautifully machined bicycle components and a reputation for quality, long lasting products. They have recently put themselves firmly on the map with the announcement of the HB.160, a fully fledged enduro bike with a carbon front triangle and CNC machined alloy rear end and a consignment of new industry standards in the pursuit of perfection. 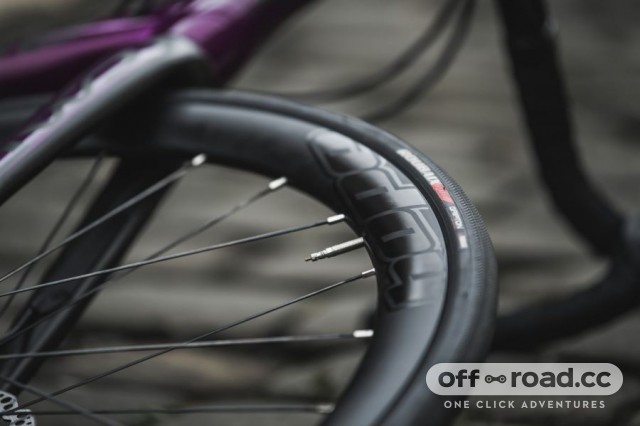 Perhaps not immediately connected with mountain biking, Brooks have been manufacturing saddles in the UK since 1886. Things have moved on somewhat since the first iterations of the B17 saddle and the production of 'Gun Clips' for bikes in 1908, with Brooks now incorporating panniers, rucksacks and shoulder bags into their leather goods lineup. The brand has also created a number of synthetic saddles fit for mountain bikes too, check out the Cambium range if you are interested, we've got one on test and will let you know how it goes shortly. 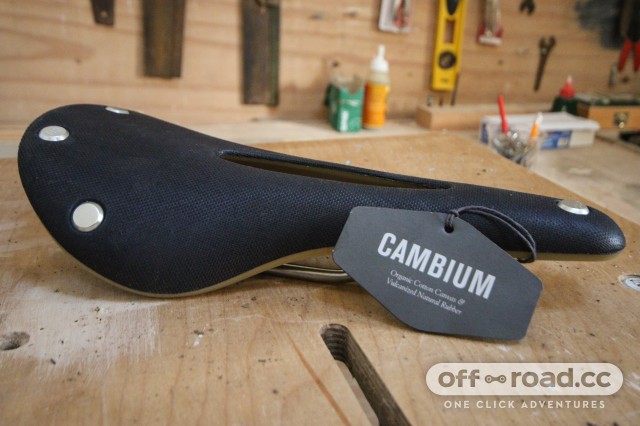 USE (Ultimate Sports Engineering) focuses primarily on aerodynamic products, it has carved a bit of a niche for itself with its aero handlebars and time trial extension bars. It also produces wheels, seatposts and handlebars.

But mountain bikers will probably know the company best for their LED lights. Since 2001  Exposure Lights has been a runaway success story with top rated reviews wherever you look. Designed and manufactured in the UK, the company's high-powered LED lights are highly praised for their smart design, TAP technology, functionality and durability. 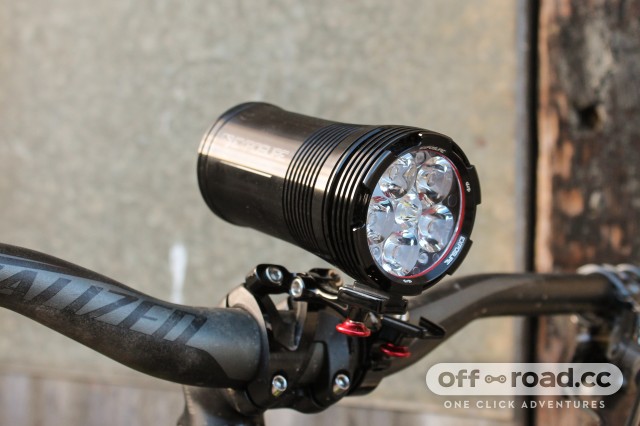 Middleburn is an iconic UK bicycle component manufacturer that produced highly desirable mountain bike products during the 1990s, predominantly cranks and chainrings. We thought the company had been lost to the history books when it went into voluntary liquidation last year, but it’s just been snapped up by BETD Cycle Components which promises to keep the range of components going. 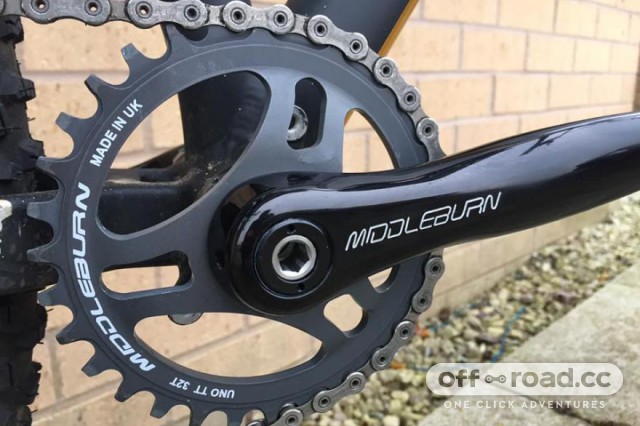 Handmade in Bristol by owner and founder Joe McEwan, Starling Cycles is another brand producing steel full sussers using simple single pivot suspension and allowing the customer to tweak the geometry to suit them. First, there was the Swoop, a long, slack and low 27.5" all mountain bike. Right behind it came a larger wheeled version, the Mumur, also trimmed with the steep seat angle and slack head angle you might expect on an aggressive trail bike. 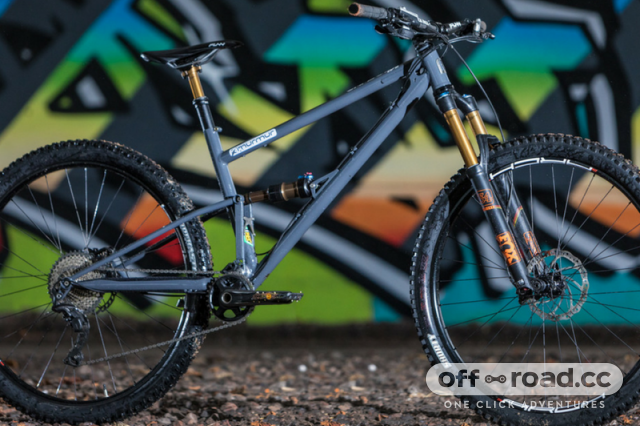 The Mudhugger range of mudguards were born from an enthusiasm for bikes and a deep disgust for getting a wet bum when riding. Designed in Oldbury, West Midlands, the guards are all produced in Cannock in the UK and have been keeping bums dry and muck out of faces for a good couple of years now! Not just for us mere mortals either as likes of the Chain Reaction Cycles race team, Loic Bruni and enduro pro Jesse Melamed all choosing to keep their sight clear with a 'hugger'. 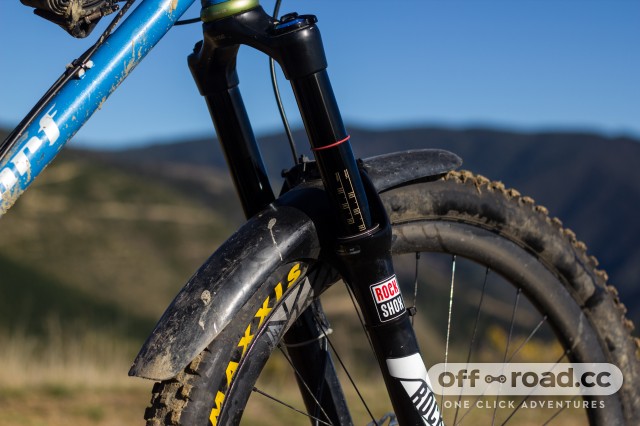 We've visited the Robot Bike Co. workshop recently and were blown away by the manufacturing prowess of this company. Founded back in 2013, Robot Bike Co. is the coming together of some great minds, each with different experiences and skills that when collected together alongside the pure love for bikes, create a force to be reckoned with. The 'lugs' of these bikes are made by way of additive manufacturing here in the UK, they are thenbuilt into a bike by the guys in the workshop in Monmouth. Ok, so the carbon tubes used aren't made in the UK, they come from NZ, but this bike is near as dammit all made here and we love it! 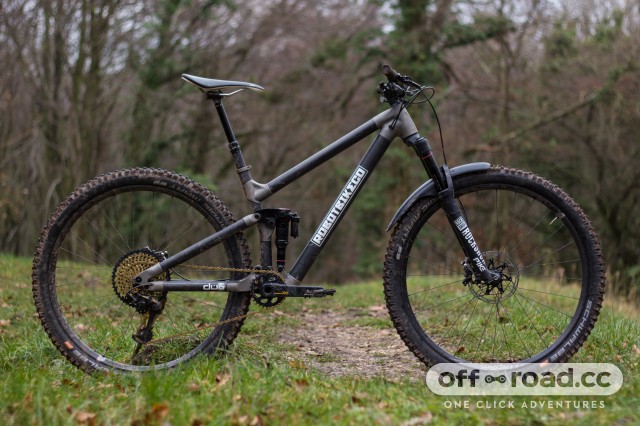 Empire Cycles are a unique brand building bikes which using a combination of drawn and cast alloy tubing, as well as some machined components. They offer two frames, the MX6-EVO enduro bike and the VX8 Downhill bike currently. Whilst the geometry might not set the world alight, to be included here the company needs to manufacture their bike in the UK, which Empire do, down to the last nut and bolt. Production is in relatively low volume which may account for why you haven't seen one on the trails, but when you do, with looks like this you'll probably remember it! 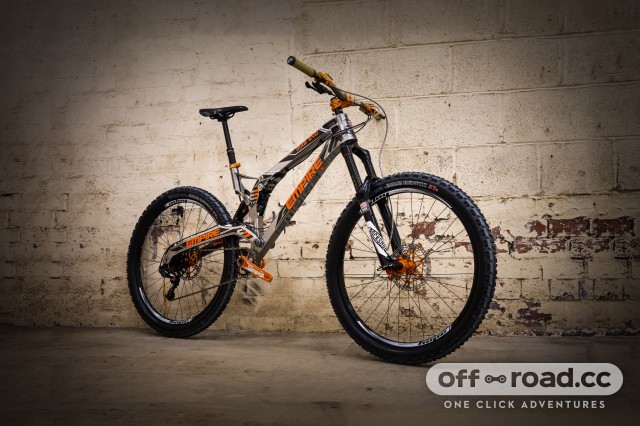 Enigma is based in Hailsham, East Sussex and has been specialising in titanium and steel frames for the best part of the last decade. During that time it has been driven to bring more of the manufacturing in-house. Recognising the lack of frame building talent in the UK, in 2014 the company introduced its Frame Building Academy where people can learn all the skills required to design and build a bicycle frame. While it does sell a range of frames produced in the Far East (of which we've ridden the Escape), its Signature collection is hand-built in the UK, with both titanium and steel frames available. 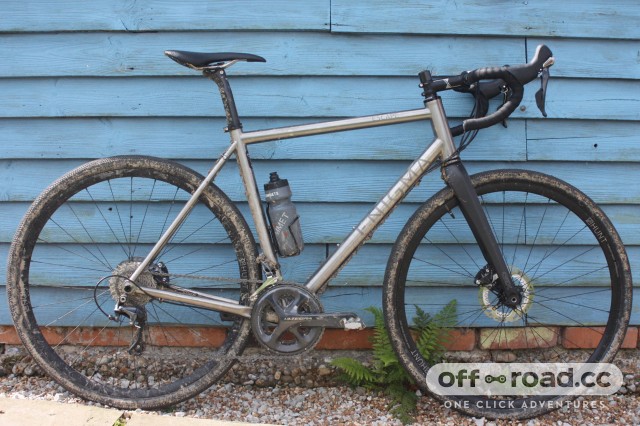 Superstar Components make all their kit in Lincoln and it's a pretty big set up too with design, prototyping, programming and manufacturing all under one roof. From small beginnings to a large bike brand with 5 warehouses and more than a few members of staff, Superstar has grown quickly since 2006. Whilst not everything they sell is made in the UK, there's a long list on the site under 'UK Made Gear', to include headsets, numerous bolts, pedals and chainrings. 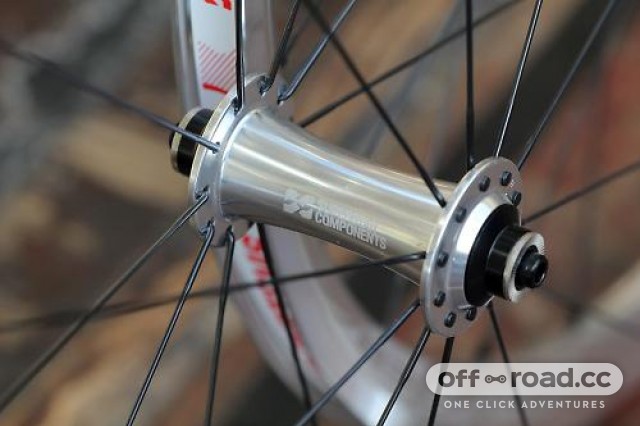 Maybe Orange should be the top of the list when British bike brands, they are certainly the most recognisable, maybe only competing with Hope for the title of most popular. Handbuilt in Halifax using their own tooling, Orange do it their way and their way only. Constructed from 6061-T6 aluminium, with that classic Orange single pivot suspension design the bikes standout like no other, instantly recognisable. There is a huge range of bikes available from the brand who were around before mountain biking was even invented and they've created a large following to boot too as the brand evolves. Like other manufacturers though, some Orange frames are made abroad, check out the bike specification and see whether the bike is 'handbuilt' or just ' designed' in Britain as a big clue. 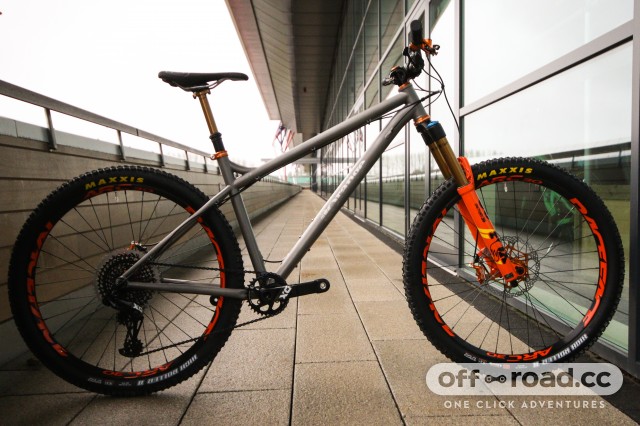 You’ve probably heard of BTR Fabrications but you’d be forgiven for not knowing much about them. BTR is the brainchild of two guys with a passion for building progressive steel bikes. The BTR workshop is a frame building powerhouse. Cocooned in a space about three bike lengths by two, Paul Burford and Tam Hamilton (the ‘B’ and the ‘T’ in Burf and Tam Racing) are surrounded by a range of jigs and equipment that enable these two minds to come together and turn out truly stunning steel frames including the enduro minded Ranger, the gravity chasing Belter and their all-round full susser, the Pinner. We took a first ride on the Pinner late last year - read all about it here. 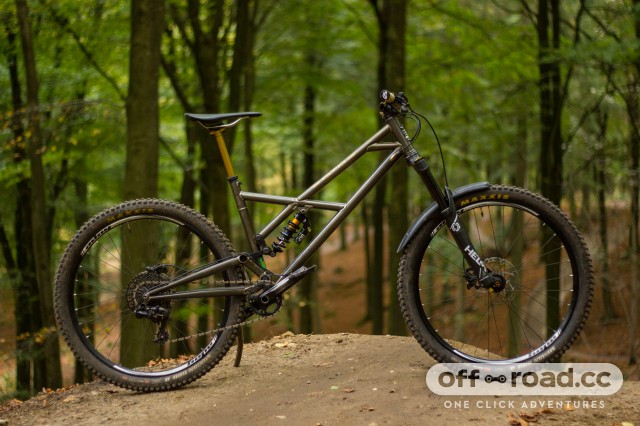 So, that's it - our round up of the best all British bike brands. Is there anybody we've missed or that you think should have got a mention? Just let us know in the comments below.....