Skip to main content
Log In Register
Bird Cycleworks Zero AM Boost MK3 Frame £475.00
The Zero AM boost is one hell of a hardcore hardtail. Progressive, capable and maybe slightly brusque in delivery, it’ll take everything you throw at it, and far, far more! 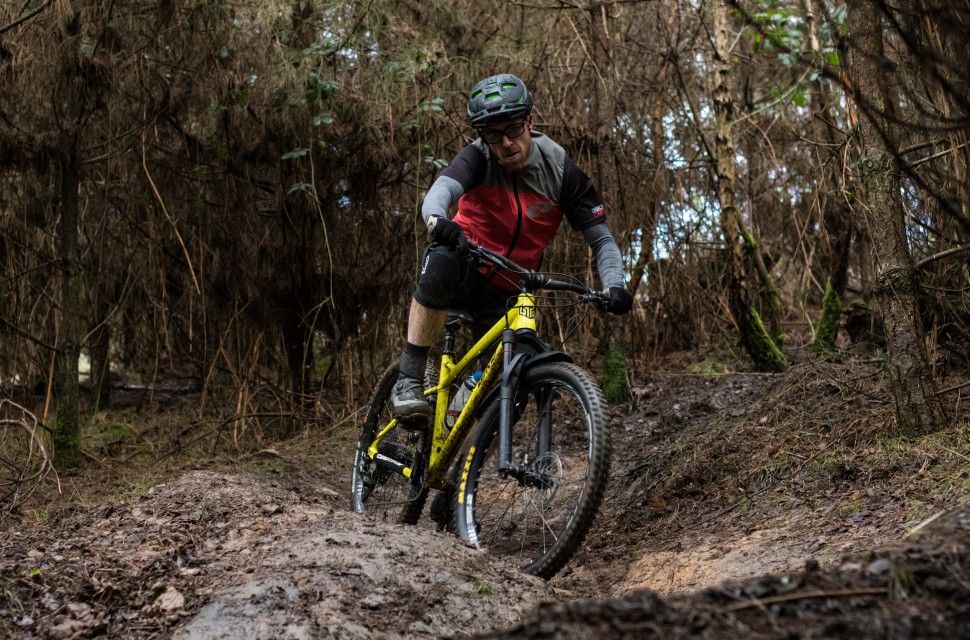 The Zero AM Boost is Bird’s newest iteration of the successful Zero AM and the brand’s  encouragement to outright hooliganism. Stiff as a ramrod and as unforgiving as a religious cult, what it lacks in finesse it makes up for in outright breach of the peace. Progressive geometry will keep you safe all day long, however hard you like to rumble, all for a wallet-friendly sum.

Ever since Bird dropped their first bike a few years back, they’ve been constantly pushing the envelope, with both their geometry and their customer experience. Their online model allows you to choose your frame and then literally customise it right through to the titanium brake calliper bolts. You can also go and visit them at their HQ near Swinley and demo any of the bikes in their range (pre-booking and deposits required) meaning you can have the unique experience of great value, customisable bikes but with a well-informed decision.

If the original Zero AM was a hard hitter, the newest edition is an out-and-out delinquent. At 2kg (frame only) its a good weight for an intentionally tough trucker and it’ll happily do an all day XC mission should you wish, but then, that’s not really its intentions. Having read the model name for the newest release, you’d be forgiven for assuming Bird had just adapted the rear to end to accommodate boost hub standards and stopped there, and although it shares many similarities, a few key areas have progressed. 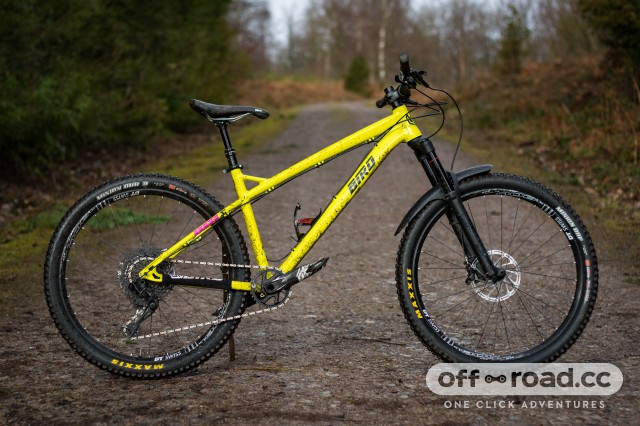 The new bike does indeed have a 148x12 boost back end, it has also got longer in the reach over all models and the sizing now includes Bird’s Medium/long (M/L) option taking the reach of our test rig to 451mm. The head angle has also got slacker by a degree, down to 64.5° with a 150mm fork and that wider back end now allows room for a 27.5 x 2.8 tyre. 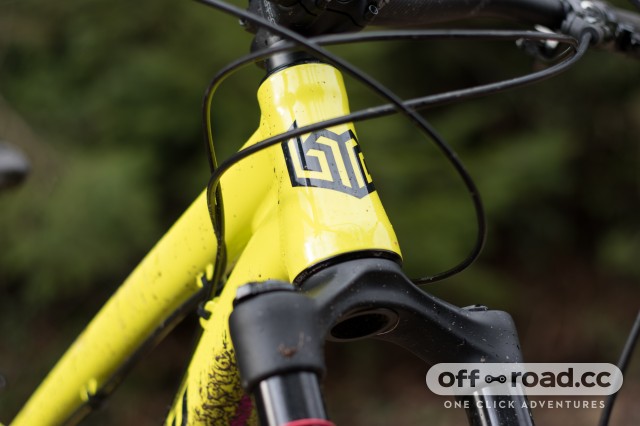 The bottom bracket is suitably low at 305mm meaning there’s loads of scope for raising this slightly higher with plus tyres without greatly messing with the handling. The longer front end means that a M/L offering with a 150mm fork now has a wheelbase of 1201mm. 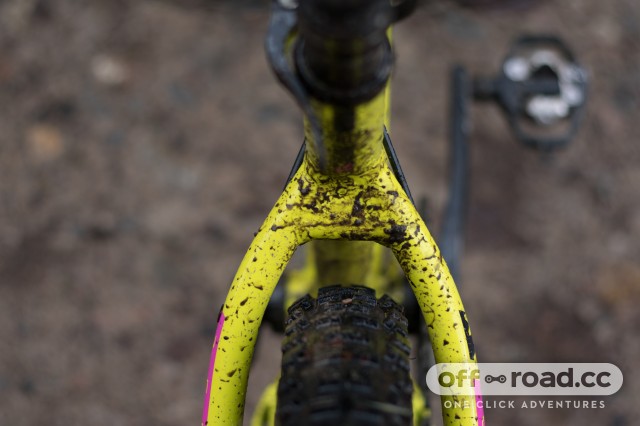 The still super-short chainstays at 420mm keep the bike feeling snappy and playful, which of course is entirely subjective - I like a longer chainstay these days and once adapted, have very little issues making the bike ‘play’. That said, the Zero AM Boost does change direction with ease and encourages outrageous inside lines, turning ninety degrees and spitting you out the other side of the corner as if you’ve got a two stroke between your legs! 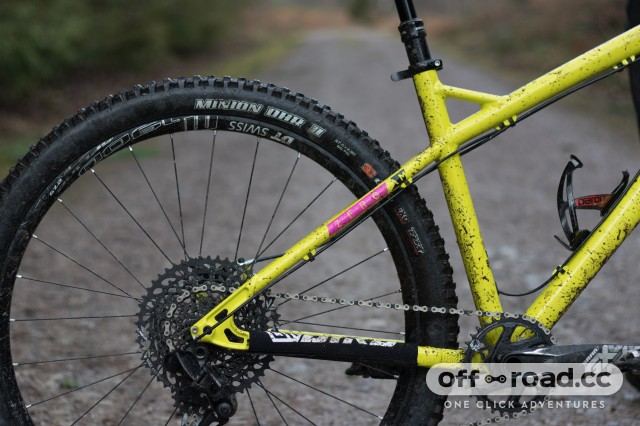 The extra length of the newest addition means where other, more dated hardtails become twitchy over fast, rough terrain, the Zero AM wants more, and confidently so - I was genuinely surprised by its composure. Also, and I’ve said this a lot recently, there’s a limit to how long you can go with long(er) front centres whilst maintaining super-short chainstays. If the front continues to get longer without lengthening chainstays, then the balance becomes disproportionate and the bike begins to understeer in corners and front end grip becomes a problem. The Zero AM has no issues with this, but its not far off - fortunately the longer reach means there’s plenty of room to move around on descents and find a comfortable centre point, the slack(er) head angle means you can confidently weight the front wheel in the steeps, tights or steep and tight without worrying about the front end folding under you. I should note, the large and extra large frames come with slightly longer chainstays at 425mm to improve that fore-aft balance. 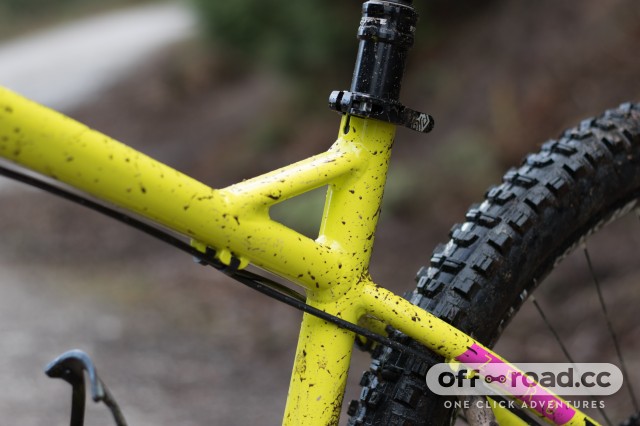 When it comes to pedalling it back up the hill, the Zero is happy to oblige, but it’d rather you were going down - wouldn’t we all! The seat angle is unchanged at 74 degrees unsagged - Bird state the unsagged and sagged figures which is good to see, after all, its the sagged figure on a hardtail that really matters. They claim the sagged seat angle sits nearer to 76 degrees which should mean it climbs with aplomb. I’d say its adequate and entirely comparable to other hardtails of these intentions, personally I’d like to see it steeper but Dan, Bird’s design engineer says he’s tried it steeper and it felt odd on flatter trails, putting excessive weight in the hands of the rider. Based on this bike’s intentions of ‘winch-and-plummet’, I’d argue it’d be better for what you’ll likely be doing more of - uphill to go downhill. The other downside to the above mentioned short chainstays is that grip when climbing is often compromised, especially on a hardtail where you don’t have the luxury of suspension to increase traction, fortunately, the long front end keeps a good proportion of your weight forward and helps progress upwards. Regardless of my preferences, it climbs fine and the majority of people will likely be getting off to push long before the Zero gives in. 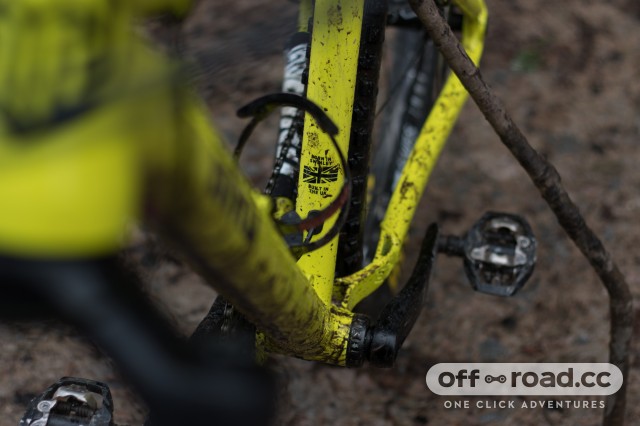 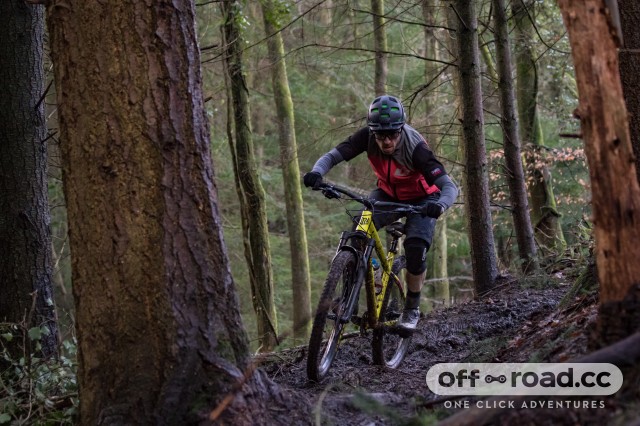 I won’t talk specifically about the specification of our test rig as it that can be tailored to your personal needs or budget, but suffice to say, its superb value for the money - I worked out ours would roughly be circa £1800. That’s with 1 x 12 GX Eagle, Sram Guide brakes, DT Swiss wheelset, Revelation 35 forks, a Race Face finishing kit, high-end Maxxis rubber and a 150mm Race Face dropper post. With a frame only price starting from £475, you could get a full build finished for an immensely competitive sum. 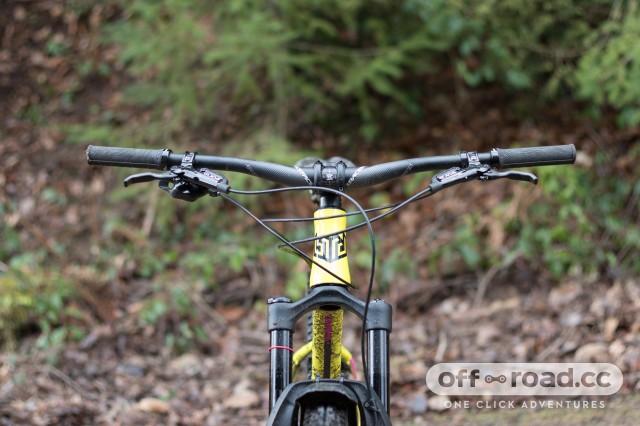 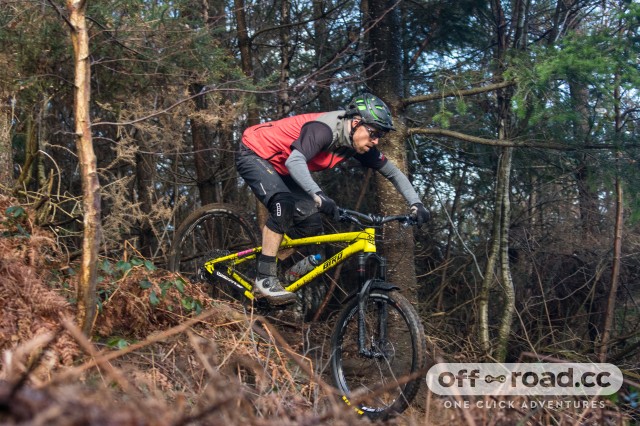 Now, don’t get me wrong, the Zero AM Boost is no bespoke steel hardtail when it comes to ride quality, but then, it’s not intended to be and anyway, the latter could easily cost you three times as much. The light but tough 6061 T6 aluminium can be pretty harsh in the rough stuff, which on many an aluminium hardtail would usually mean it’d bite back and end you. However, where the Zero triumphs in exactly these situations - when you get it wrong, which I do by the bucket load. That longer front centre and slacker head angle is your get out of jail free card, your ninth life. Unlike so many other hardtails, it allows you to actually conquer the sorts of trails it encourages you to ride. Hell, if you’re strong enough and enjoy a good spanking, it’ll do anything you’d throw a 160mm full bouncer at, and you can still finish the days with a few sets of your local dirt jump spot.  Versatility is the Zero’s real quality, it’ll do anything you ask of it and some, all whilst filling you with confidence and having a blast at the same time. 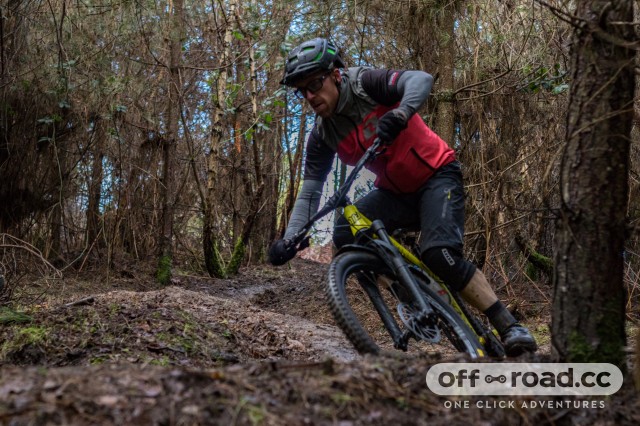 If the favourable sales model, cracking value for money and reassuringly progressive geometry isn’t enough, Bird even offer a lifetime, transferable warranty too. Pretty good from a bike brand with such humble beginnings. So, If you’re in the market for an anarchic hardtail and feel you can hold on when that bull really starts bucking, you’ll do far worse than to pop in and see the guys for a coffee and take one for a spin, who knows, we may see you in a rodeo one day!

Bird say - THE NEW ZERO AM IS A TRAIL SMASHING, BERM DESTROYING HOOLIGAN OF A BIKE. IT’S A HARDCORE HARDTAIL THAT WILL GO ANYWHERE YOU DARE; ENDURO RACING, ALL DAY TRAIL CENTRE TRIPS OR COLLECTING AIR MILES AT THE FREERIDE PARK

The Zero AM Boost is no bespoke steel hardtail when it comes to ride quality, but then, it’s not intended to be and anyway, the latter could easily cost you three times as much. The light but tough 6061 T6 aluminium can be pretty harsh in the rough stuff but with a lifetime warranty - it'll last you a life time!

The new bike does indeed have a 148x12 boost back end, its also got longer in the reach over all models and the sizing now includes Bird’s Medium/long (m/l) option taking the reach of our M/L test rig to to 451mm. The head angle has also got slacker by a degree, down to 64.5 with a 150mm fork and that wider back end now allows room for a 27.5 x 2.8 tyre. The bottom bracket is suitably low at 305mm meaning there’s loads of scope for going slightly higher with balloon tyres without greatly messing with the handling. The longer front end means that a M/L offering with a 150mm fork now has a wheelbase of 1201mm. The still super-short chainstays at 420mm keep the bike feeling snappy