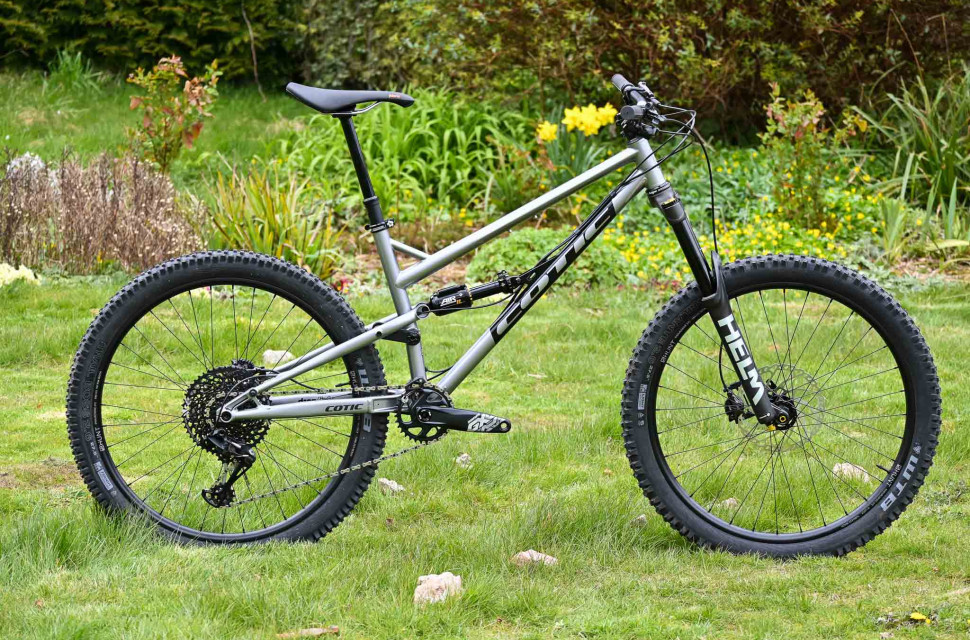 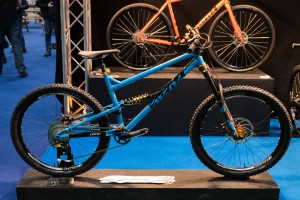 Win a custom Cotic Rocket and help a cancer charity
Raffle launched for £4,600 of bike and to help fund cancer research

Cotic has had a thorough revamp of its 650b wheeled Rocket enduro bike, with a frame that's now made entirely in the UK from a stiffer custom steel tubeset. The rear travel has now been boosted to 165mm with a lower leverage ratio, plus there's a steeper seat angle and more reach than before.

The Rocket has always been the mainstay of Cotic's full suspension lineup, alongside its bigger 29" wheeled RocketMAX brethren. This latest incarnation gets a bump in rear-wheel travel from 160 to 165mm to better suit the fact most riders were using a 170mm fork, but there's also been a fairly comprehensive rejiggle of how the suspension functions. 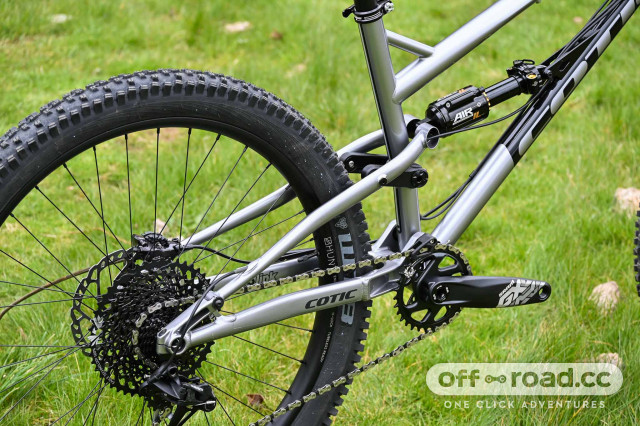 It's still a linkage driven single pivot, but there's now a longer stroke shock with a lower leverage ratio to give an improved suppleness at the start of the travel, while the ending stroke progression has been toned down a little. That means that riders at either extreme of weight should be better able to use all the travel, but you can still just add volume spacers to the shock if you need to. 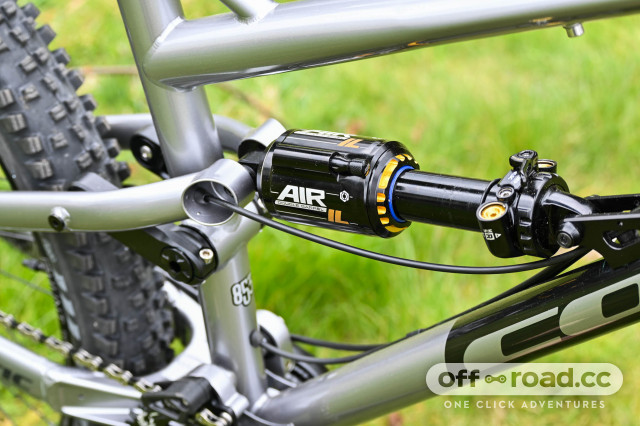 Longer with a steeper seat angle - but no slacker 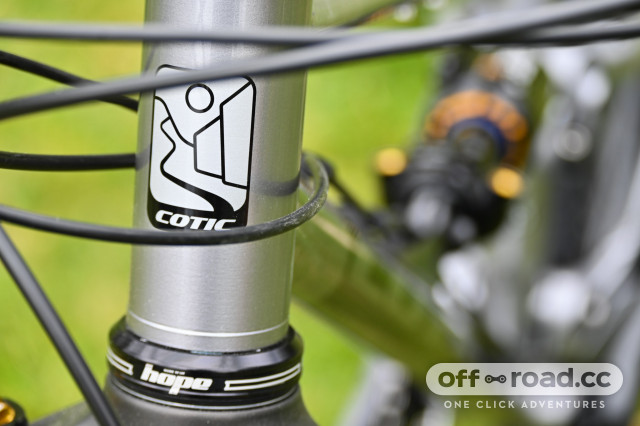 The geometry has also seen a fair amount of work. Reach figures have been increased around 5-10mm across all sizes - this medium now comes in at a decent 467mm - and the seat angle has been steepened up too. While the effective seat angle is now 76°, Cotic is keen to show how that will affect riders in the real world, so they're also publishing what the actual seat angle is at different saddle heights. 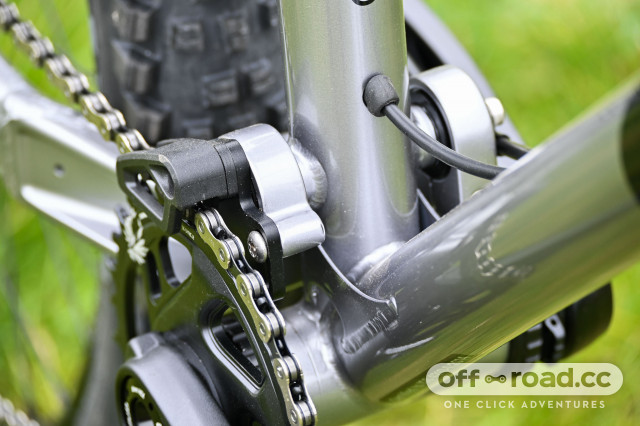 That's a much more useful thing to know if you lie on either side of the sizing bell curve, as you'll be able to figure what the top tube length will be for you. All the dropper post maximum insertion depths are now published in the geometry tables too, meaning picking the longest post possible should be less of a Russian roulette affair. The head angle is now 64° with a 170mm fork - or the same as the old bike with a 160mm fork at 64.5° - and the chainstay length is also unchanged at 437mm. 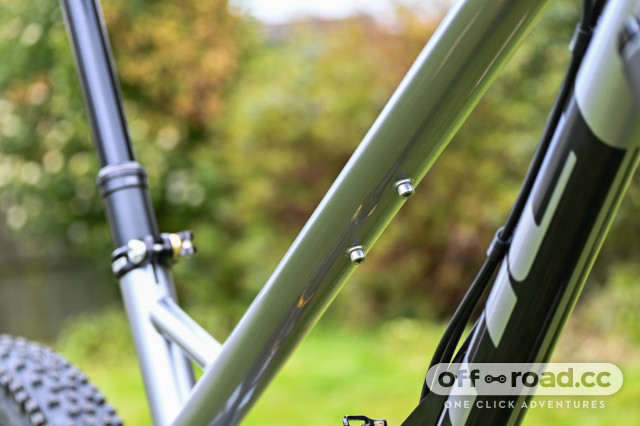 In other big news, the frame is made from a Reynolds 853 steel tube set that's now custom made to Cotic's specs, meaning a frame that's stiffer and stronger but without gaining any weight. All the Rocket front triangles are now actually manufactured in the UK, with Scottish metal magicians Five Land Bikes doing the fabrication. 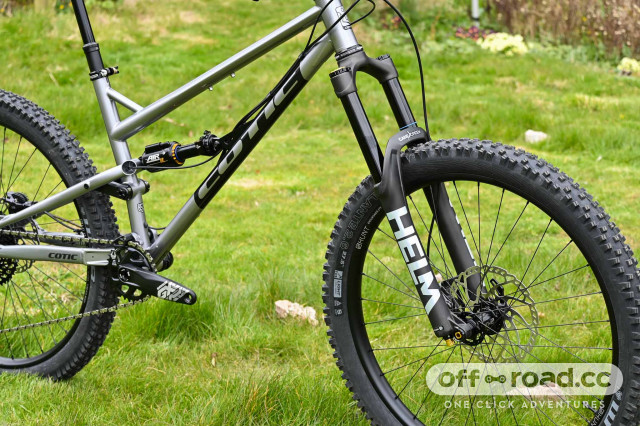 The fact they're now made in the UK has meant a slight price hike, with a frame and Cane Creek DB IL shock costing £2,199 or £2,399 with the Cane Creek DB Air CS Piggyback.

Complete bikes start at £3,199 with the 12-speed Shimano SLX equipped Silver build and top out at £6,999 with the fully blinged-out Platinum build, though according to Cotic the Gold build - with either Shimano XT or SRAM GX Eagle - is the choice for most. 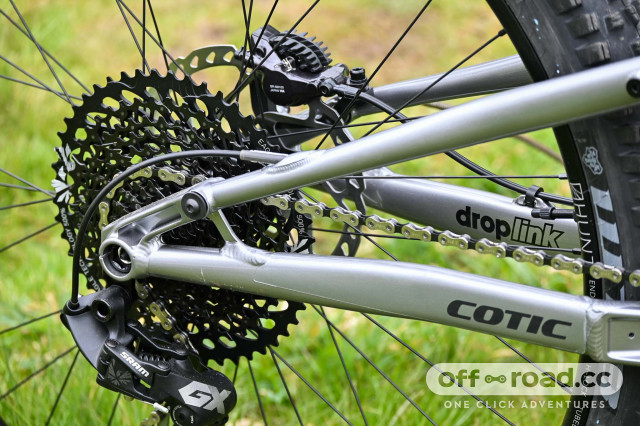 As ever, you can customise whichever base build you like to your heart's content as all bikes are built to order with an options list as long as your arm, whether that's adding Hunt wheels, an upgrade shock or fork or just sticking a load of colour matched Hope components on there. 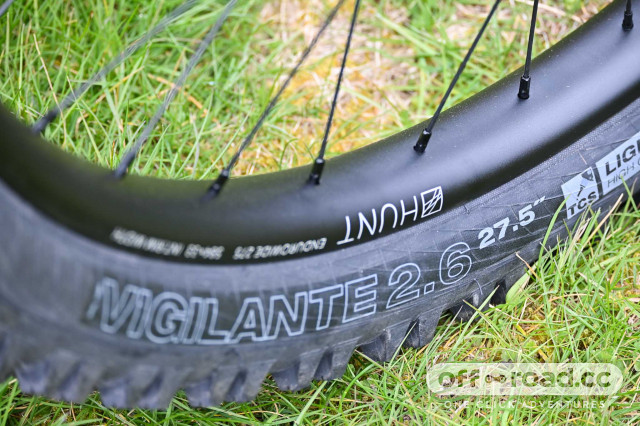 Cotic is still shipping bikes anywhere in the world -  without charge to within the UK, Europe, USA and Canada - and they've also introduced a 'Love It Or Your Money Back' offer that gives you 30 days on the bike with the option to return it if you're not happy.

We're extremely lucky as we managed to get our hands on a bike to test, so check back soon for a first ride.