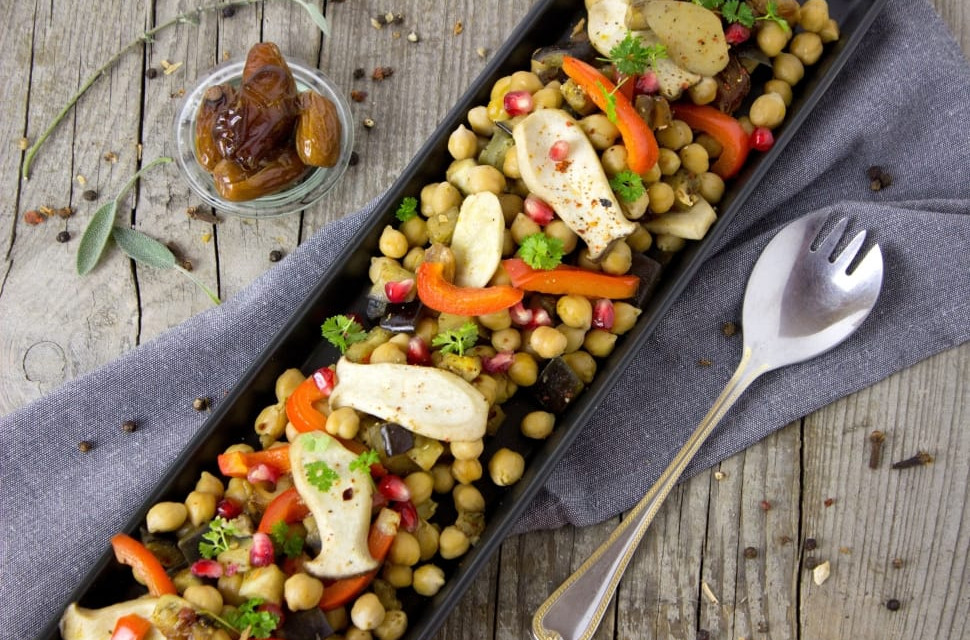 If you're thinking about cutting out meat and dairy and moving to a vegan diet then you're not alone. A plant-based diet is becoming more popular for health, ecological and moral reasons but if you're not sure about how changing what you eat will impact your cycling, then read on for everything you need to know.

Over recent years, vegan products have gone from the confines of backstreet health food shops to being stacked on the supermarket aisle. Going vegan used to be seen as a kind of alternative lifestyle synonymous with animal rights, hunt sabotage and environmental protest, but the plant-based movement has grown way beyond any sub-culture.

Documentaries such as The Game Changers, What the Health and Cowspiracy have helped change public perceptions on what foods are best for our bodies and the planet as a whole. They’ve also shone a very public light on the many cruelties inflicted on animals in order to sate our global appetite for flesh and diary.

Increasing numbers are fully embracing a plant-based diet and many more are changing the way they eat by drastically cutting back on the meat and dairy they consume. But athletes have more demanding nutritional needs than the average and more sedentary joe, so can we cyclists be at our best on a vegan diet and could it actually be performance-enhancing?

Perhaps because old habits seem to die hard in certain sections of cycling, most pro riders seem to be slightly less receptive than the general population to going completely plant-based. However, notable exceptions include Grand Tour and Classics rider Adam Hansen, time trialist David Zabriski and cyclocross rider Christine Vardaros who compete at the highest level and are also fully vegan. There are also plenty of plant-based athletes from other sporting worlds, such as Lewis Hamilton, Chris Smalling, Venus Williams, David Haye, Mac Danzig and Jermaine Defoe, all of whom prove than going vegan is no barrier to being at the top of your game.

In fact, rather than being an obstacle to sporting greatness, many pro riders and athletes report that they feel fitter, stronger and recover more quickly since going vegan. But what of us mere mortals who don’t have the luxury of chefs and dieticians catering to our every nutritional need?

Well, I’ve been fully vegan for eight years, not eaten meat or fish for 25 more and I’m still riding bikes just as hard, if not harder, than my (mostly) omnivorous mates.* So, yes, getting everything you need to thrive, not just survive, as a cyclist on a plant-based diet is well within the reach of everyone.

However, going from eating mostly animals (and stuff that comes out of animals) to purely plants overnight can be a hard thing to do. Harder still is avoiding a daily diet of vegan pizzas and switching to a plant-based diet that has sufficient nutrients for your athletic needs. Taking a phased approach is most definitely recommended as making the switch over time makes it much easier to achieve your aims than rushing straight in. While more measured changes typically mean you’re much more likely to stick with them.

You might be surprised to learn that biggest issue facing newly converted vegan athletes does not revolve around the stereotypical protein question (more on that later though), it tends to be that at first they just don’t eat enough to meet their energy needs.

Pound for pound, unprocessed plant-based food is nutritionally less dense than meat, fish or dairy, so on a vegan diet you’ll need to increase the amount you eat to achieve the equivalent number of calories – which is great for those of us who like eating food!

One of the benefits that eating meat does have, is that animal flesh is something of a nutritional shortcut, meaning that vegans have to eat a wider variety of foods to get the equivalent nutritional profile. This is not exactly bad news though, as expanding your diet to include new fruit, vegetables and grains has loads of health benefits and it introduces you to new tastes and textures. In a nutshell, get as many different coloured foods as possible on your plate and throughout your day. Aim for plenty of greens, reds and purples and you’re basically sorted.

A typical meal should roughly consist of around 40% carbohydrate, 30% protein and 30% fat. Like eating varied sources of fruit and vegetables, the key here is to get your carbs and protein from multiple sources too. ‘Whole’ foods (i.e. minimally processed) are the best way to go.

On the carbs side, eat brown rice, whole wheat or rice noodles, quinoa and wholegrains (kamut, barley, buckwheat, freekeh, etc). Good sources of protein are the various types of beans available, lentils and raw nuts (macadamia and walnuts contain healthy omega 3 fats), or if you crave something ‘meatier’, try tempeh, seitan or fried tofu. There are also loads of meat replacement products in supermarkets nowadays, while they’re convenient, many are heavily processed so aim to eat them occasionally, if at all.

When out riding, there are loads of vegan bars and snacks you can carry in your pack or pocket. Bananas are a good option, though are prone to getting crushed in a crash. Clif Bar and Trek (not the bike brand) make some really tasty energy bars and if you fancy something more savoury, take a bag of nuts or pretzels.

After a heavy training session or a punishing ride, I usually have a recovery smoothie made with a banana, a handful of spinach or kale, some frozen cherries and/or pineapple, a few brazil and/or walnuts, a scoop of protein powder topped off with soya, coconut or oat milk. It’s not strictly necessary, but it should help speed up my recovery and it tastes pretty damn ace too!

Providing you eat correctly, a vegan diet is just as good as an omnivorous one. You may, in fact, see some positive changes in your body, your energy levels and your ability to recover after a month or two.

Find a vitamin B12 source of some kind (I chuck B12 infused Marigold Engevita savoury yeast flakes onto almost every meal), keep it simple with generous helpings of beans, wholegrains, raw nuts and a range of coloured vegetables. I’d also recommend buying yourself a vegan recipe book and checking out some recipes online – Avant Guard Vegan and Bosh! on YouTube are both good places to start. 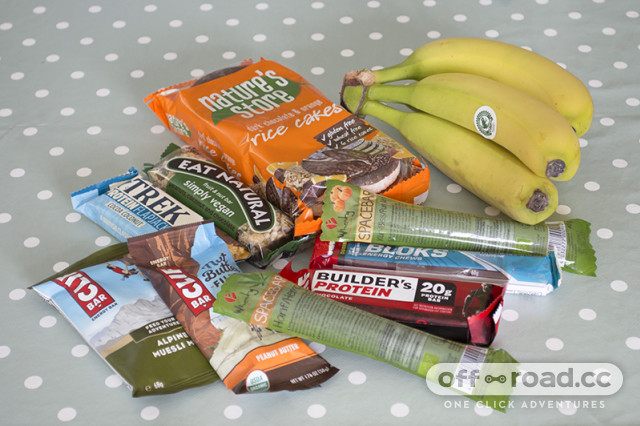 Rich is not a dietician or a nutritionist. He is a journalist with a keen interest in nutrition and has been writing and commissioning articles on the subject for many years. For professional advice on changing diet, you should contact a doctor or nutritionist.

Rich has been frantically riding mountain bikes since the early nineties, worked as a journalist for almost 20 years and is a former editor of What Mountain Bike magazine. Like Off-Road.cc editor Jon, he originally hails from North Wales and has spent a lot of time chewing mud on the vast number of trails there. Rich now lives in North Devon’s more clement climes where he can be found riding trails near and far, hitting his local surf spots and conducting cider research – but not usually all at once.