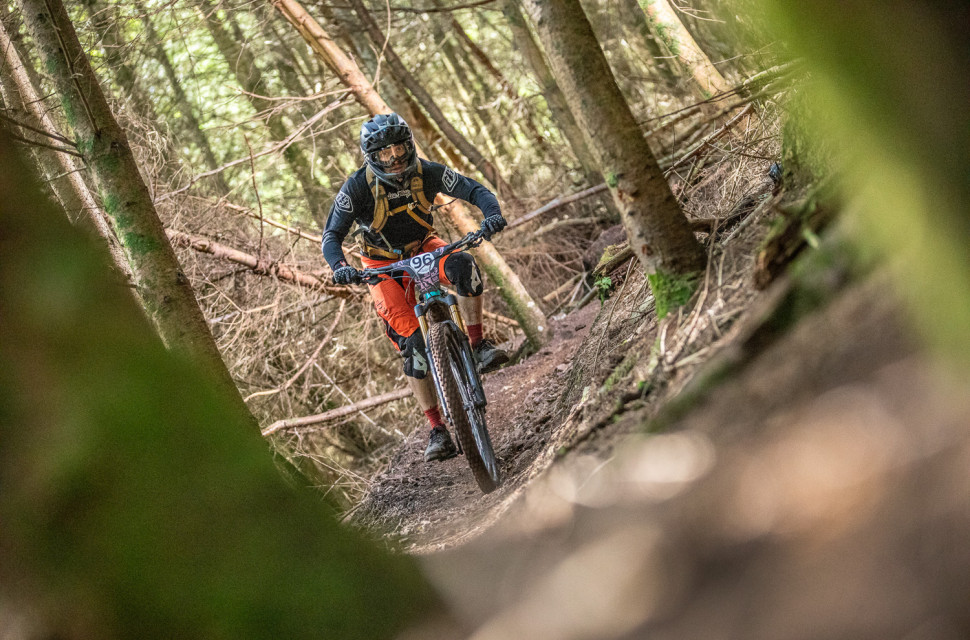 E-bikes are cheating. Well, at least, that's what a vocal number of mountain bikers think about them - and their views on racing e-MTBs are even more outspoken. How can you race something that's doing all the work for you? Our Jon jumped at the chance to find out by entering the EX Enduro, a three-day epic stage race, all on-board a Merida e-bike.

Despite the UCI and FIM, cycling and motorcycling's world bodies, getting into a bunfight over who owns the rights to e-bike racing, it's fair to say the concept hasn't set the world on fire as a stand-alone sport just yet. It's kind of understandable; if you're used to top-level athletes of unsurpassed fitness and skill duking it out at the pinnacle of the sport, it's a bit hard to see what adding a 250W pedal-assist motor really brings to the party, especially if you're not sure what the motor is doing and what's down to the rider. 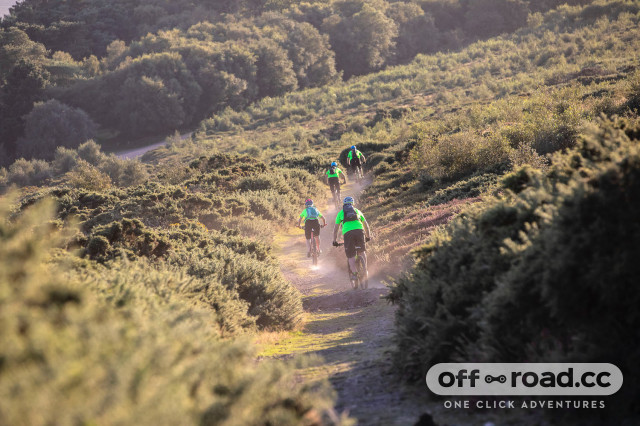 I am not a top-level athlete of unsurpassed fitness and skill. That's why I was rather excited when I was extended an invitation to race the 2019 EX Enduro, all aboard a 160mm travel e-MTB provided by title sponsor Merida, namely their new carbon eOne-Sixty in top-spec 10K format. 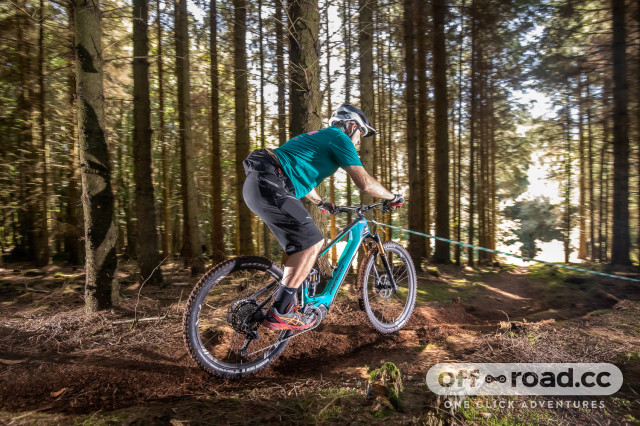 I've ridden the EX before on a normal bike - the riding is amongst the best in the UK, the fully catered setup takes all the hassle out of racing and it's a super relaxed format to boot. All you need to do it turn up, pitch your tent and then the rest is done for you.

That said, it is a big old race, with three days of 30-40km loops with six of seven race stages thrown in; in fact, a friend who's raced Enduro World Series events reckoned it was a physically harder challenge when he did it. For most riders, it means the EX Enduro is less about flat out racing than trying to keep a bit in reserve so you can get up the last hill of the day - and it is always a big one - and be ready for doing the same again the next day.

What would riding an e-bike change about the race experience, save for making the nigh-on 4,000m of climbing much easier? I was about to find out. 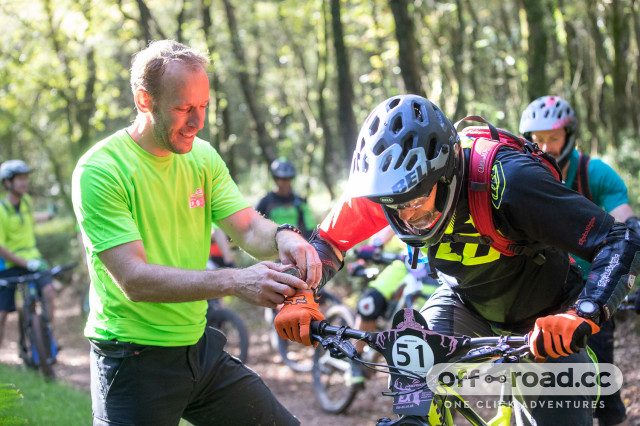 My bike for the event would be Merida's poshest long travel e-bike, the eOne-Sixty 10K. It has a full carbon fibre frame, Shimano STEPS E8000 drive unit, top-end Fox Factory X2 shock and 36 fork and a built-in 500Wh battery plus another spare included in the £9,500 asking price.

That last point was particularly pertinent. From experience, I can get about 1,000m of climbing out of an e-bike with a 500Wh battery on maximum power - it's very dependent on rider weight - so most people would need to either nurse it in eco mode or bring a spare. Happily, the EX staff would happily ship a battery to the mid-way point each day, so if you had the luxury of a spare - a mere £650 or so - you could throw caution to the wind and live in Boost mode all the time. 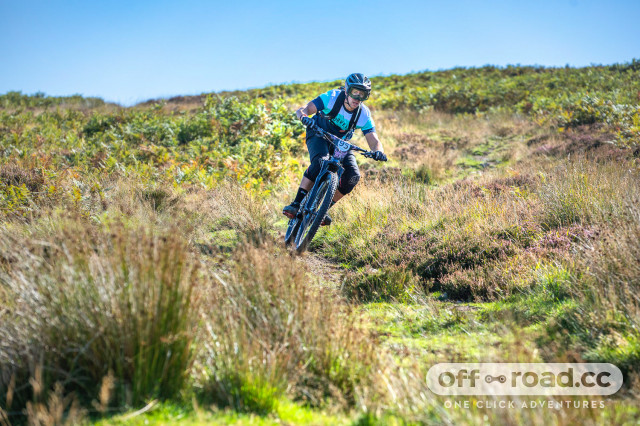 That raises one spectre of how adding motors and batteries into a bicycle race can shift things. If you're flush enough to have a spare battery, you can arrive at race stages feeling fresher and accelerate faster in the stage  - well, up to that 15mph limit.

Cycling has always been an arms race with the technology involved, but the difference has never been quite so clear cut before - a top-end enduro bike versus an entry-level machine doesn't make as much difference as being forced to ride about in eco mode or thrashing about at maximum assistance. 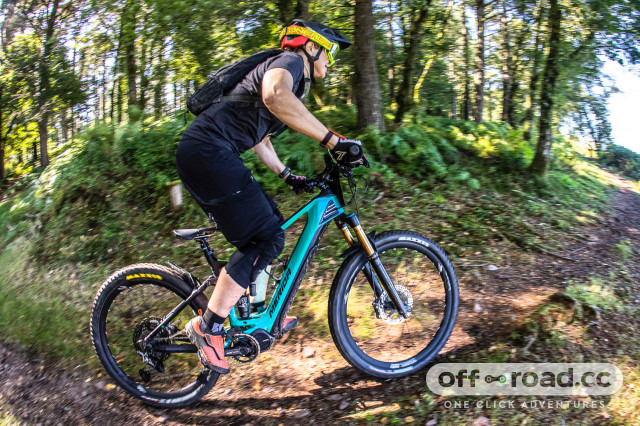 There's no getting away from the fact that e-MTBs is that they make you an awful lot faster uphill than you could ever be on a normal bike, but with assistance cutting out at the legal limit of 15.5mph, it's much less cut and dried when you're going downhill as you'll usually be exceeding this limit anyway.

That means that a lot of the time, you're left with a particularly heavy bike that's much harder to pedal. It also has a knock-on effect that you need much burlier tyres, which add in drag. I found this out to my detriment within metres of the finish line of the very first stage. A poorly timed hop left me hitting a stone water bar at maximum speed producing a terminally large cut on the bead of the mid-weight EXO+ tyre. That meant an innertube and a lot more pressure to make sure it wouldn't happen again for the rest of the day.

Happily, a co-racer and fellow journo Ewen happened to have a chunky Schwalbe Eddy Current tyre spare, so on it went the following morning. Take notice kids, fit your e-bike with the burliest rear tyre you can find - trying to move the bike out of the way of spiky things isn't as easy when the bike weighs twice as much; your kit takes a kicking as a result.

While I won't bore you with a blow-by-blow account of three day's racing, a few things because apparent over the course of the race. Because I didn't need to hold back on the linking stages for battery or legs, my e-bike buddies and I had a jolly old time on them, which can't be said for when I did it on a normal bike. While the final hill of each day was a fun affair on the e-bike, I distinctly remember cursing the organisers when I did it under my own steam. 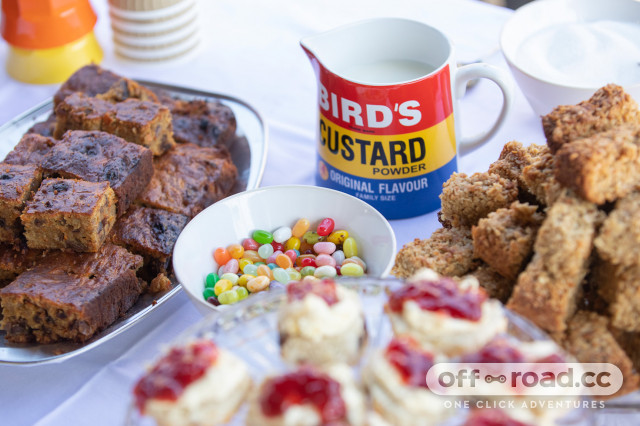 Maximum attack hillclimbing - often post lunch-stop - was not only fun but necessary as I'm pretty sure the people suffering up the hills on normal bikes that we passed with a jolly hello would have formed a lynch mob if we'd hung around after larking about while going up the hills. And they hadn't been so out of breath, obviously. 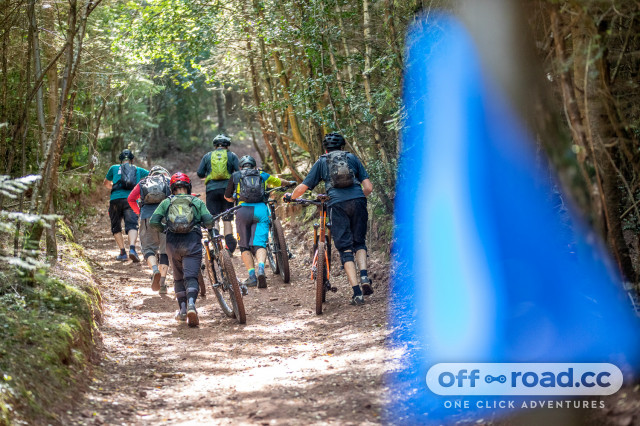 In fact, I'd like to try and introduce a new term into the lexicon; e-pologism. It's defined as the profuse and mildly embarrassed apologies an e-biker has to offer an un-powered counterpart when they overtake them on a hill, often not for the first time.

What difference does an e-MTB make on an enduro race stage? 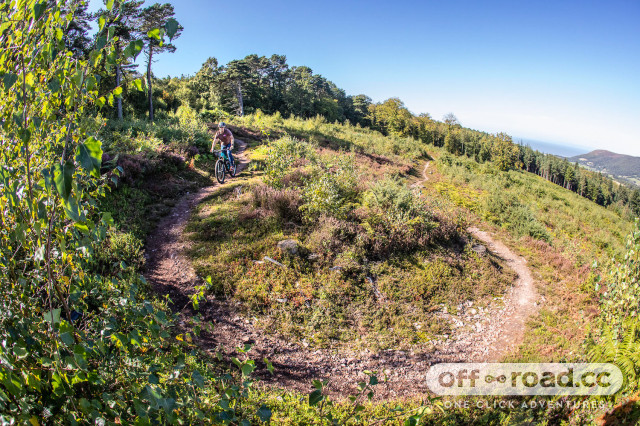 Throughout the course of the race, some key things became apparent. Because the link stages were not an issue physically, it meant I could give it everything on the descents. Proper hooligan, sprint as hard as possible, maxing the assistance out and then trying some more effort; trembling and on the edge of collapse at the finish line.

That's only really possible if you don't have to keep anything in reserve and can treat the intervening sections as some active recovery; I imagine it's what the pros can do thanks to many, many hours of hard training but it's only really achievable for the rest of us on an e-bike.

While the motor doesn't do much once you're rolling - and most stage speeds averaged well over 15mph - it is very useful off the line and for getting back up to speed out of corners and the like. A quick kick on the pedals, a merry whirr of the motor and all of the momentum lost with a crap line has been regained, which means more energy left for the rest of the stage - and the rest of the race.

The e-bike speed limit really falls down on super fast and pedally sections; having ridden some before, it felt like more effort than it was worth to try and sustain the e-bike over the speed limit - it was severely diminishing returns and my maximum heart rate told that story on any stage with open, fast terrain. I think there were a fair few stages I'd have been a chunk faster on a normal bike, where cranking it is more directly translated into forward speed than through the weight and drivetrain drag of an e-bike.

The weight of an e-bike is a double-edged sword. I'm not exactly hench, so wrestling around a hefty bike is much more physical in the tight and twisty stuff. It's even more physical if you fall off and have to haul the bike up a hillside or if the bloody thing lands on you - that's experience talking.

On the flipside, the weight being concentrated in the chassis does mean the suspension feels amazing - all that sprung mass makes it feel buttery smooth - and the bike ploughs through chundery rough terrain like it ain't no thang, holding onto lines tenaciously.

I suspect it would have been a bit different if the weather hadn't been so bloody good - it's one thing roosting like a god through just-so loamy turns with loads of braking and cornering grip but it'd have been a bit of a nightmare trying to get a great big hefty bike stopped up in time in the slop or trying to control the pinball madness of wet polished roots.

Did I love every moment of racing an e-MTB on enduro stages? Yes, absolutely. Being free to just entirely focus on the racing stages rather than needing to manage energy and effort to make it through the whole event meant it was much less stressful and hugely entertaining. Was it easy? Easier, yes. But easy? Nope, it required all the usual things any bike race does and I finished each day aching; not so much from tired pedalling legs, but from the sheer brutality of throwing a 20kg+ bike around as fast as I could.

At the heart, it was still the same experience, complete with all the highs and lows of enduro racing, just with a slightly different twist thanks to the motor. The superb trails of Exmoor and the tip-top organisation of the EX are what really delivered the goods - the choice of bike being a relatively small factor in the overall equation of how enjoyable it was, if not how tiring. 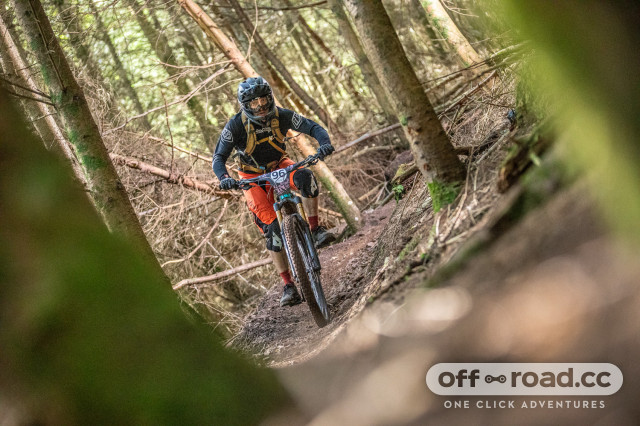 Of course, I'm now totally sold on e-bike racing because it delivered me my first ever top podium placing - yes reader, I won the bugger despite very stiff competition from my training sensei Ben. The racing in the e-bike category was stressfully tight; our times were very similar throughout the weekend and I was only able to hold onto a 25s or so lead by the end. 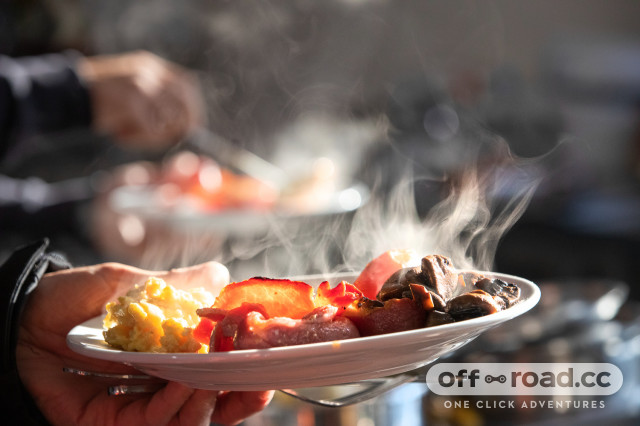 Being rather pleased with myself for that is tempered somewhat by the fact I was still some way off the real top boys; overall race winner Sam Shucksmith managed an overall time of 57 minutes and 47 seconds - I was back in sixth overall with 1h03m25s; money can't buy you talent and an e-bike isn't going to make you the best rider in the world - but it can deliver a whole lot of fun. 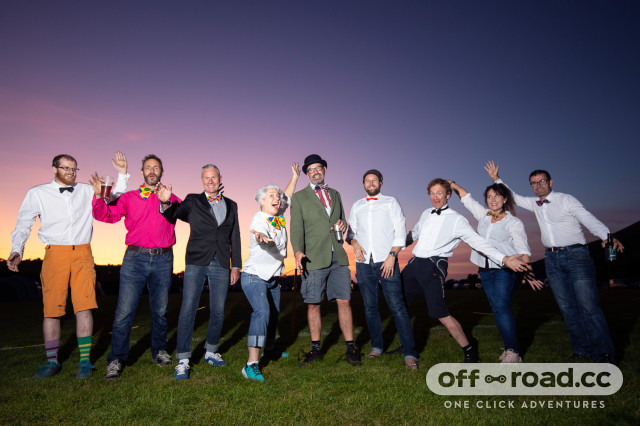 Thanks to Merida for the bike and the EX Enduro for having me. It'll be returning in 2020; I'm not sure I can deal with the stress of 'defending' my win but we'll see...