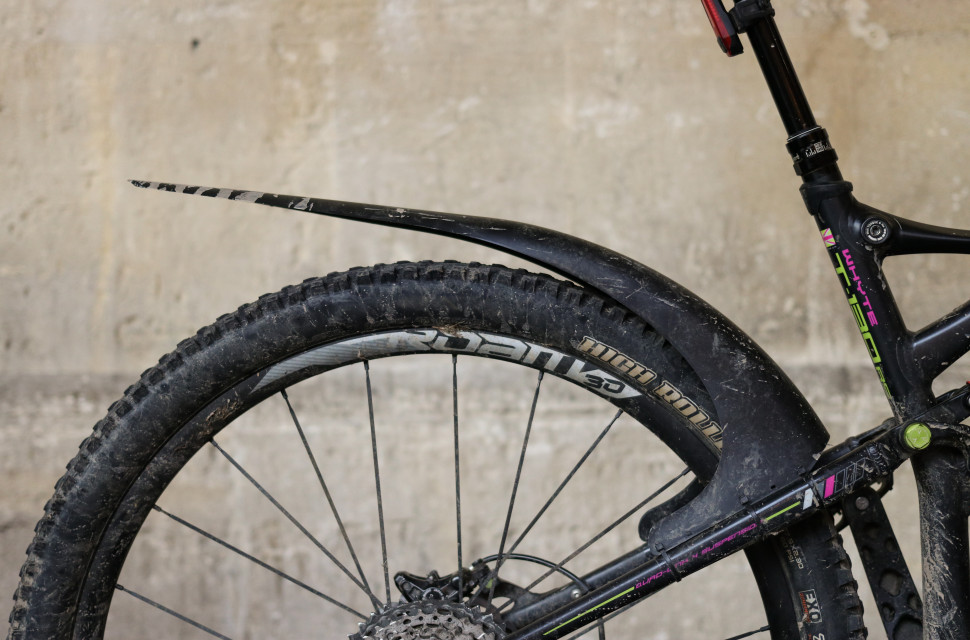 Shim Kelly
|
Dec 26 2019
|
Overall
Quality
Performance
Value
What's good?
What's not?
Buy if...
You want to protect yourself from the filth and wet on the trails

The Rear Mudhugger's simple yet clever, dropper-friendly design makes winter rides a lot more pleasant – and easier too, if mud-slick saddles are an issue – and while it’s not cheap it is good value with excellent performance, a pleasingly secure fit and impressive construction quality.

The Rear Mudhugger is a winner for many reasons: it attaches to your seatstays, rather than seatpost like most full-coverage rear guards, meaning it's dropper post-compatible; it can’t swing sideways like post-mounted ones constantly do; it doesn’t stop you hanging off the back of the saddle; and it's stiff enough not to buzz the tyre even when landing drops, yet still flexy enough to cope with crashes.

And I'll end the review there, because what more could you want? More words? Oh. Well then. 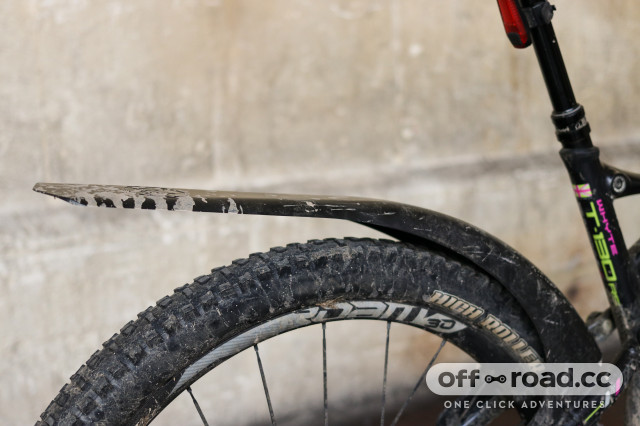 Granted, it’s not the prettiest way to pimp your ride, but while no guard can keep you completely filth-free, the Mudhugger does a damn good job – and I like the look of my clean(ish) clothes more. One downer is that your dropper post may still get splattered, as the guard doesn't reach down between the stays. Presumably this is to avoid clashes with any braces, though it still seems a missed opportunity. 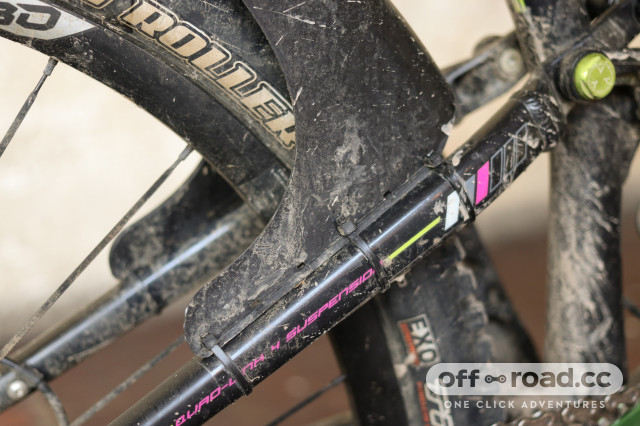 I asked Mudhugger whether they’ll be adding an extender to protect posts and shocks. They said: “We've looked at that many times over the years, but due to the massive variations in frame designs we've not been able to come up with a ‘one extension fits all’ solution. A few people have actually had room to slot a Shorty inside the rear Hugger in this position with some success, but we reckon we’d get clogging issues due to the overlap in our clay/claggy mud, so haven't tried it ourselves.”

Fair enough, though perhaps having it drop down into a protector as standard, but including cutlines for those whose frames can't take it, would be a good compromise? 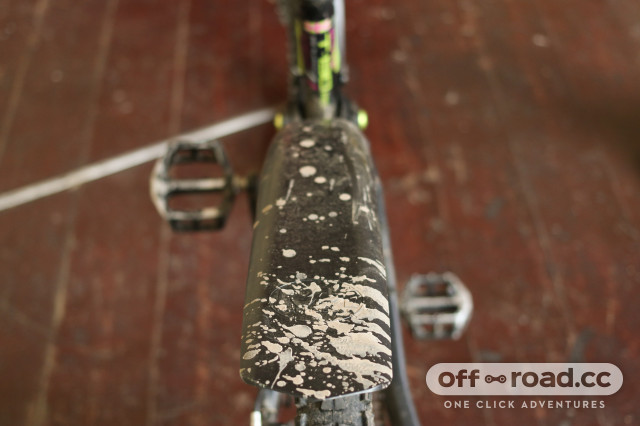 Mudhugger do make an extender for the tail of it, designed for bikes with very low seatstay angles (though they've since added a dedicated version to the range – see below). It’s 100mm long and costs £8.

Mud clearance is very generous – I’m running fairly chunky Maxxis High Roller IIs, and had no issues with clogging even on the heavy clay of my local hills. 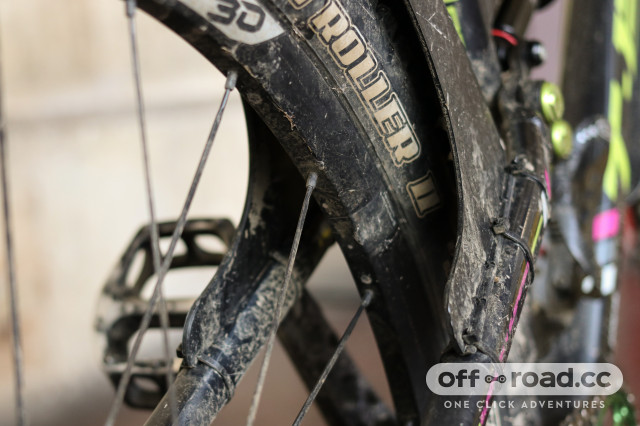 Fitting is really easy using the supplied zipties, especially as there's a video to follow on the website. Just stick on the supplied helitape patches to protect your frame, position the guard so it doesn’t foul the shock at full compression, cinch the ties and you're done. Coloured decals (£4.50) are available separately if you want to coordinate with your paint job.

There are three sizes of Mudhugger Rear, to fit all frame and wheel combos: the one tested is the Medium (previously the 29er), while there's also a Small (previously the Original, which can fit 26ers) and a Large. The last is the newest to the range, and designed for today's long and slack 650b/29er trail bikes with low seat stay angles. 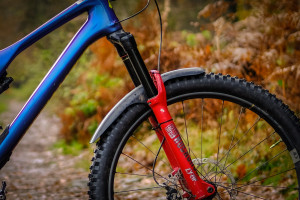 "Staying dryer and cleaner for longer means you can stay out on your bike for longer before retiring to the pub for a well earned pint!"

Very well - won't keep you completely clean, but it certainly keeps the worst of the wet and mud off.