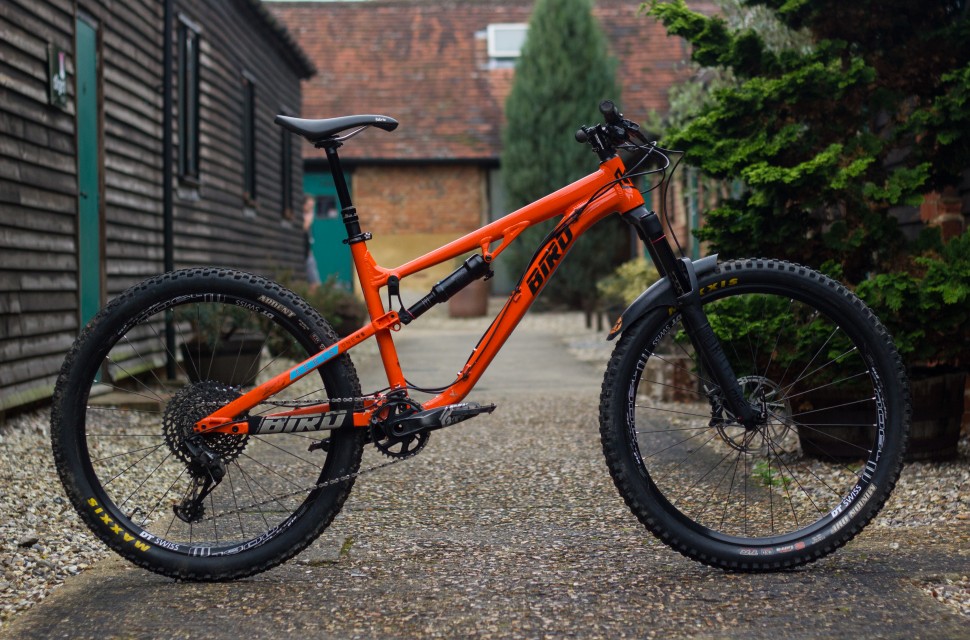 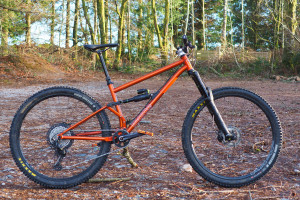 Bird Bikes have been rocking the UK bike scene for a few years now, not only with their progressive frame designs but with their direct-to-consumer sales model too. We recently popped in to see the good guys at the helm of all things Bird and have an afternoon spin on their Aeris 145 trail machine.

The 145 is Bird’s second iteration of the Aeris frame but that said, Dan Hodge, a Bird Cycleworks director and the man behind the frame design was keen to point out, just name remains of the older bike and that’s about it. The 145 was a complete redesign using different geometry, grades of material and enhanced suspension kinematics. The removal of an option to run a front mech also meant pivots could be widened and stiffened and larger bearings used to increase the durability of the rear end too.

The direct sales model also allows Bird to offer truly outstanding value for money with prices for a well specced Aeris 145 starting as low as around £2000. This will get you an 11 speed Sram drivetrain, Rock Shox’s new 35mm stanchioned Revelation forks and top quality DT Swiss wheels. The best bit, you can have it delivered to your door, or, you can head to their showroom, test one of their many demo bikes, discuss spec with a real person, have it built, then go back and collect it over a cuppa. That’s pretty damn cool if you ask me! Bird not only offer the consumer the option to almost entirely customise their build, online and from the comfort of their sofa, but also to choose from a choice of 5 frame sizes - small, medium, medium/long (as tested), large and extra large. Meaning literally everyone, regardless of height, proportions or preference, will be able to find a size that suits. 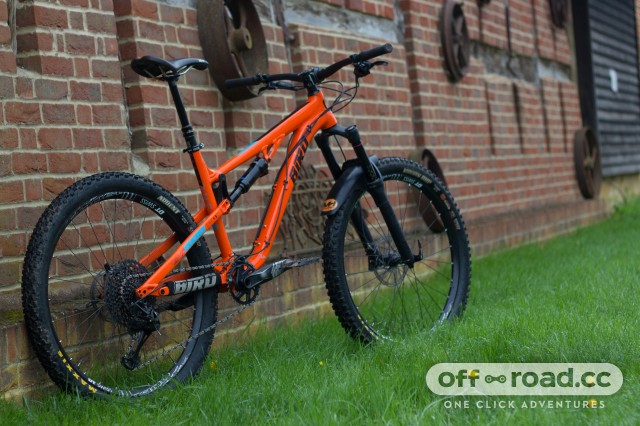 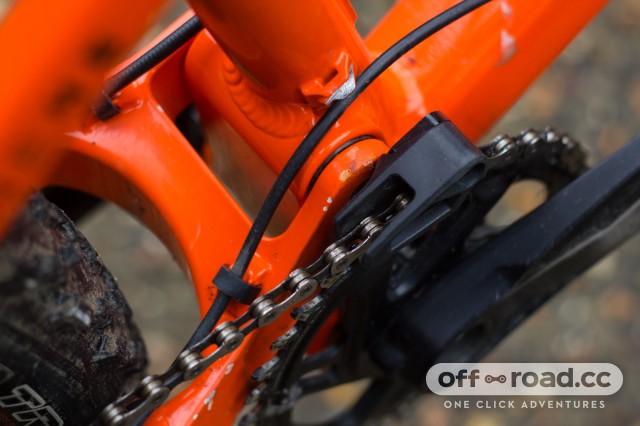 The idea behind the Aeris 145 is to be a versatile trail shredding machine that can tackle anything the UK has to throw at it (as well as overseas) but without numbing the experience too much. Where many other bike manufacturers appear to be still stuck in the dark ages when it comes to geometry, Bird are striding ahead. By using progressive and confidence inspiring geometry and 145mm of linear but tuneable rear suspension linked to a 150-170mm fork, the Aeris 145 is a serious trail tamer. 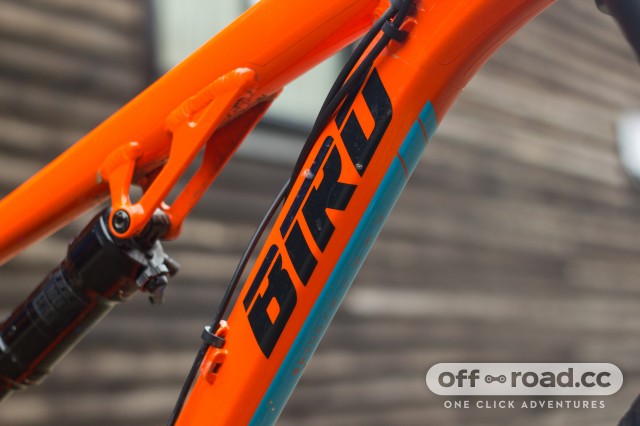 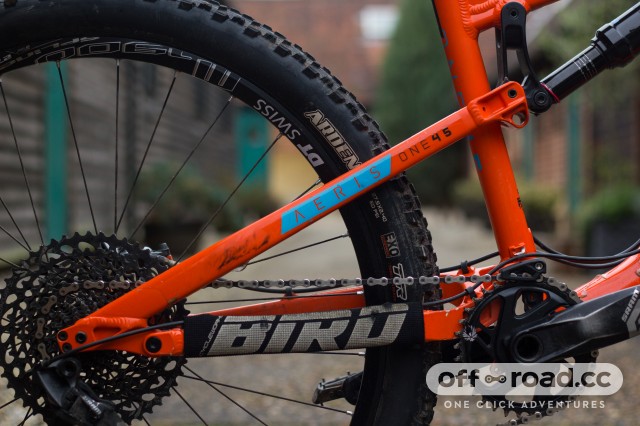 My Medium/Long sized bike had a nice and roomy 481 mm reach, a 65.5 deg head angle, 435mm chainstays and an almost steep enough 76 deg seat angle. That steeper than average seat angle means the 630mm effective top tube feels shorter than expected when seated and consequently provides an all-day-comfortable riding position. With a 150 mm fork the wheelbase is a speed-loving 1230mm, delivering stability by the bucket load. 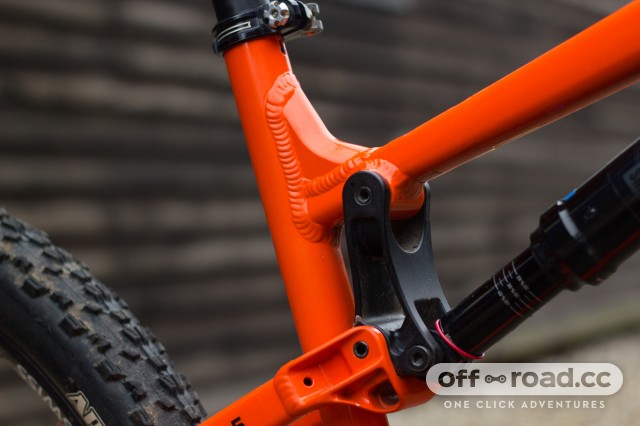 There is clearance for 2.6 inch wide rubber mounted to a 35mm rim on the rear, full external cable routing other than the seatpost (the mechanics amongst us will be pleased), a standard 73mm threaded bottom bracket and a boost 148mm wide rear axle. You can run a bottle in the front triangle, utilise different headset options due to the use of external cups and thanks to the short seat tube (440mm on M/L) run a suitably long dropper post on all models. To round out the positivity of Bird Cycleworks, there’s also a transferable lifetime warranty on all of their frames. Sound good? Keep reading! 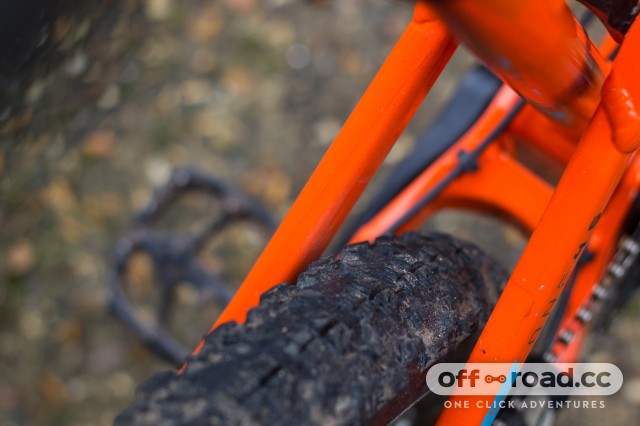 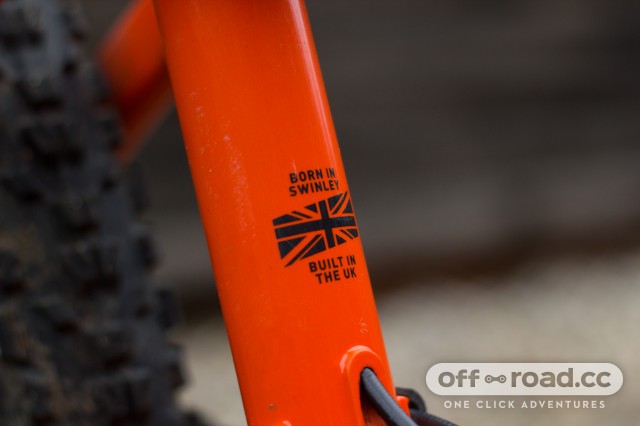 So, car park fettling done, I’m rolling out of the Swinley Forest trail car park following Tomas, Bird’s workshop manager, rapid racer and all-round nice guy. Tomas has been an instrumental member of the team, racing at a high national level he’s become a fundamental part of the testing process. 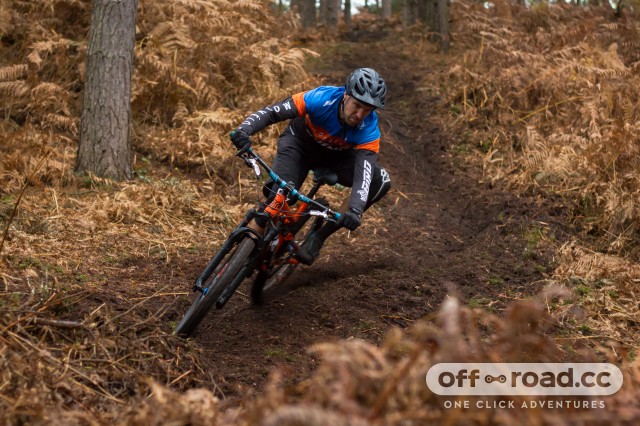 If truth be told, Swinley is a bit flat for the 145, more suited to its smaller cousin, the 120. However, a testament to its versatility, it took our ‘never strayed from the trail centre tracks, honest’, loop in its stride. The long reach offers plenty of room to find your centre point when descending and the steep(ish) seat angle and not too short back end meant climbing was far more comfortable than many other bikes. The flex of the previous Aeris seems to have been dealt with and hooligan line choices can be held with true commitment - it always helps to have someone like to Tomas to follow in, of course! An important part of any bike test in my opinion, is to test its ability to smash a good rut, which we did, many times, firing plumes of loam into the surrounding bracken with minimal if any fuss from the tight rear end. 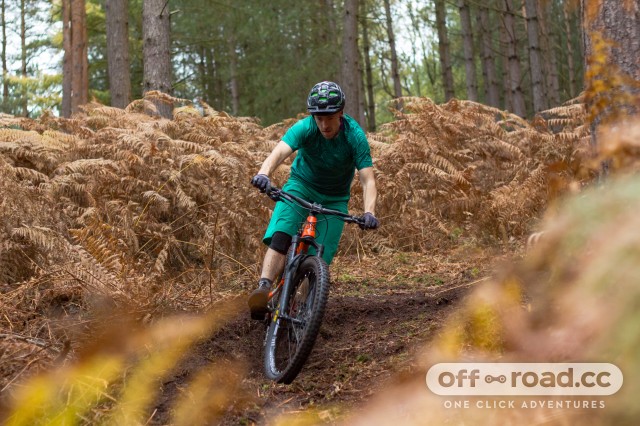 The linear suspension kinematics mean hard riders will undoubtedly want a good sized volume reducer installed. The long stroke shock used by Bird ensures leverage rates remain low and the shock has less work to do which should increase durability. What it does mean however is that pressures remain lower than usual and that lighter and/or aggressive riders will likely find themselves running the shock almost wide open with very little rebound damping required. This isn’t necessarily a bad thing as long as you don’t want it faster than is available. I for one like a rear end to feel dynamic and fast - I settled for one click off fully open and I’m only 70kg so it should work well for most. 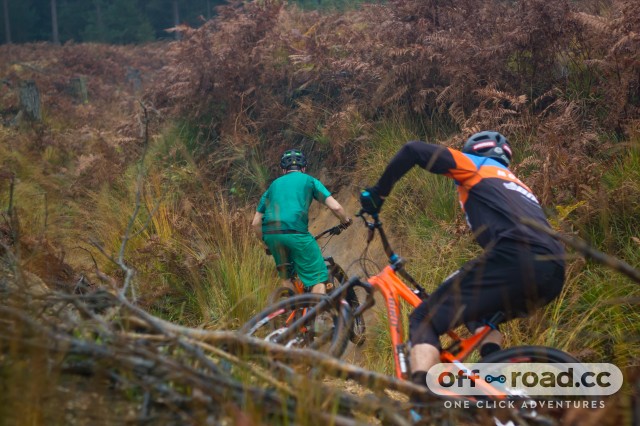 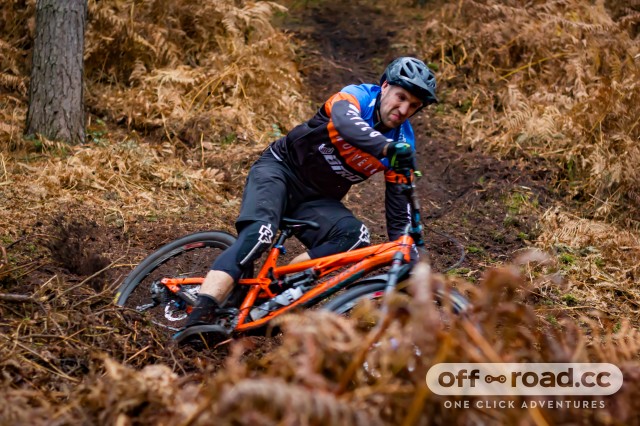 Would I change anything? Maybe, but only slightly - I’d have the seat angle steeper around 78 degrees if I could and I’d have it a tad slacker for the same reasons. But, and it's a massive but, the Aeris 145 is some serious bang-for-your-buck bike. WIth far superior (than many) geometry, the ability to customise your ride, a lifetime warranty and at a significantly cheaper price point than many other, sub-par, big boy brands, the Aeris 145 should certainly be on your radar for a real world trail slaying weapon. 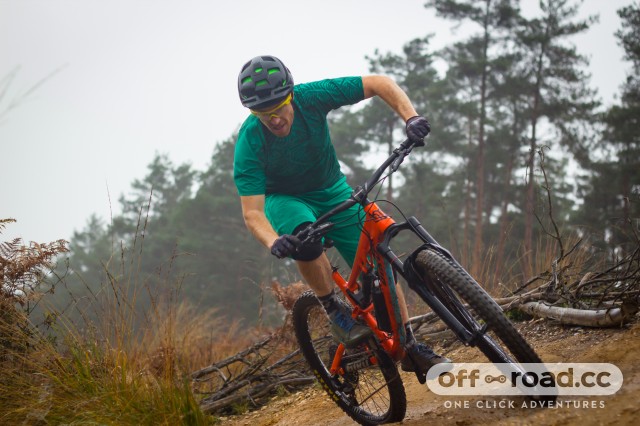