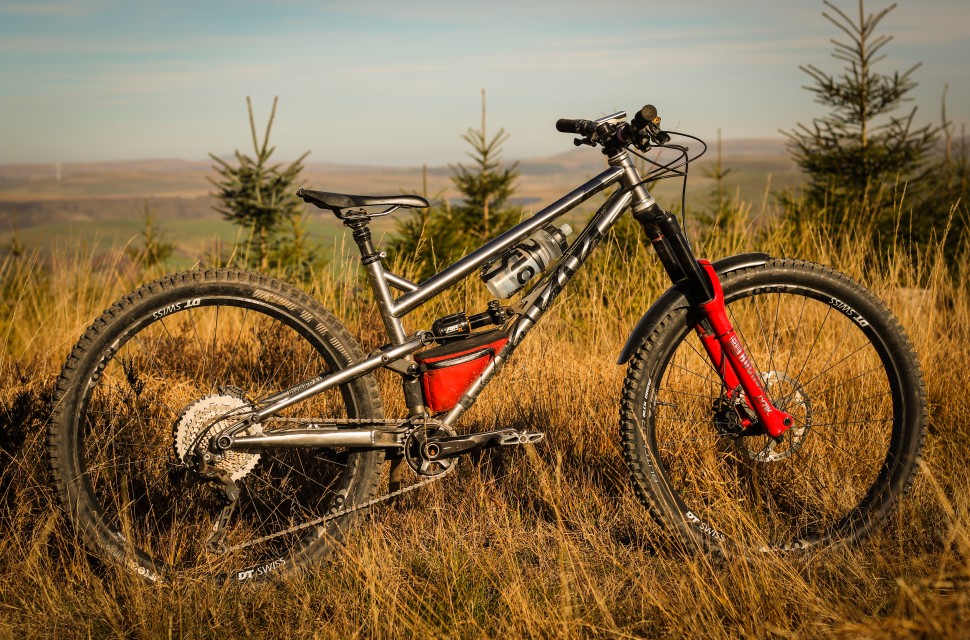 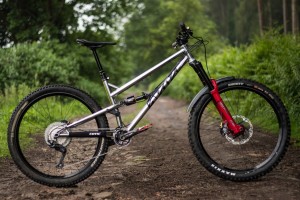 First Ride: Bird Aeris 145
We check out the aggressive trail bike that offers plenty of choice

OK, fessing up, we've had this Cotic Rocket a little longer than reasonably necessary to publish a 'first ride' article. Nevertheless, it's high time we brought you an update on how this Longshot longterm test bike is getting on after a summer of blasting it down our local trails, racing it and generally tweaking the build.

I (Rachael) built up my Cotic Rocket longtermer at the beginning of June, using a bunch of parts that whilst weren't all super pricey still produced a solid build. The basis of the build was a 2018 medium frame (that's the one with Cotic's Longshot geometry) with a Cane Creek DB Air Inline shock, a Rockshox Lyrik fork, Shimano XT drivetrain, Saint brakes and Halo Vortex wheels. Since the build, most parts have stayed with just an alteration in fork travel, a new set of wheels, different grips and as many tyre changes as you've had hot dinners. 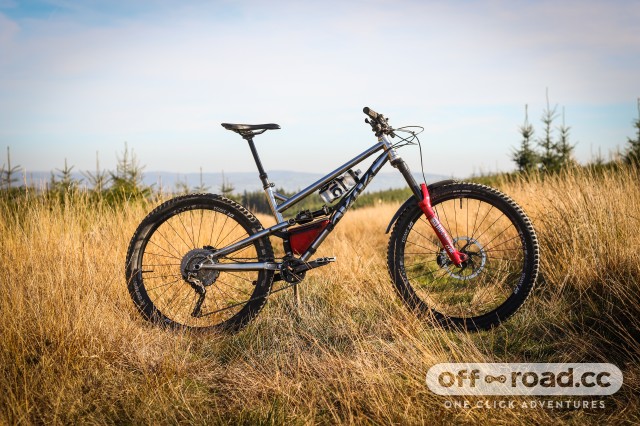 First off, that change in travel, originally set at 170mm the Lyrik fitted has been altered to 160mm. The geometry chart of the Rocket says that the head angle should measure 64 degrees with a 170mm fork, in reality though, measure with an angleometer I found ours to be slacker, like a degree slacker. Whilst the Cotic is designed to be used with either length of fork, I wanted to experiment with both. Dropping from 170 to 160mm has caused the bike to become a tad more willing uphill, steepening the effective seat angle. 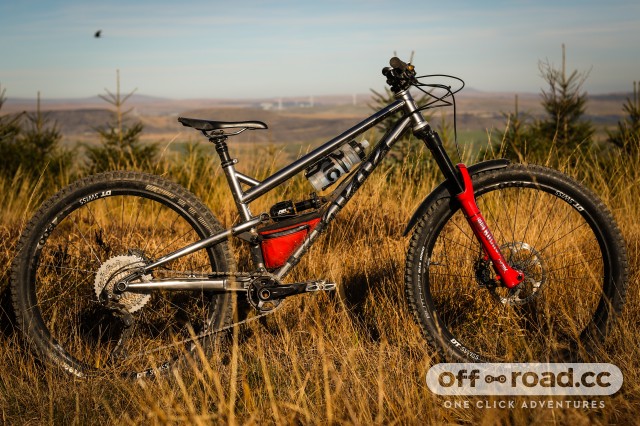 Setting the fork up to 160mm allowed me to feel as if I could 'get on top' of the wheel easier in corners and weight it more efficiently causing me to feel as if I was directing the wheel more purposefully and with more grip. In short, the bike felt more balanced for the trail riding I usually do with slightly less travel. Whilst I am an advocate of raising the front end for increased grip I think with 170mm forks the front of the Rocket was a tad high for me and the shorter fork, therefore, worked in my favour. 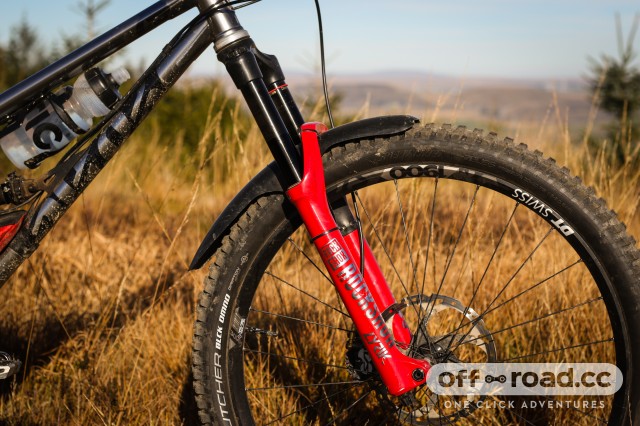 That Lyrik  RC2 is pretty incredible by the way, its buttery smooth, super sensitive and supportive if you have a set of RCT3's and are wondering if the upgrade to a Debonair cartridge and an RC2 damper is worth it, the resounding answer is yes, the way the fork tracks the ground, keeping the hands level is something else, there will be a full review of that fork on the site soon. 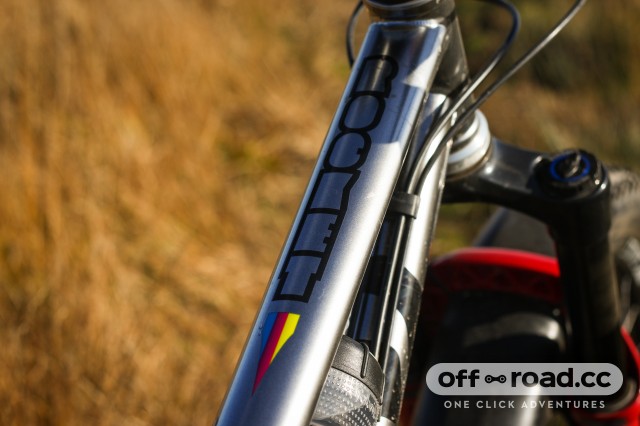 My Cotic was delivered frame only with a Cane Creek DB Air Inline shock, which has helped provide the Rocket with a pretty supple feel in the first part of the travel ramping up well towards the end too. I've run my shock so far with very little low speed compression damping but found the suspension to bob a little when pedalling. I'm going to experiment with adding some LCS damping to control this bob, even though it might be to the detriment of the active initial feel. 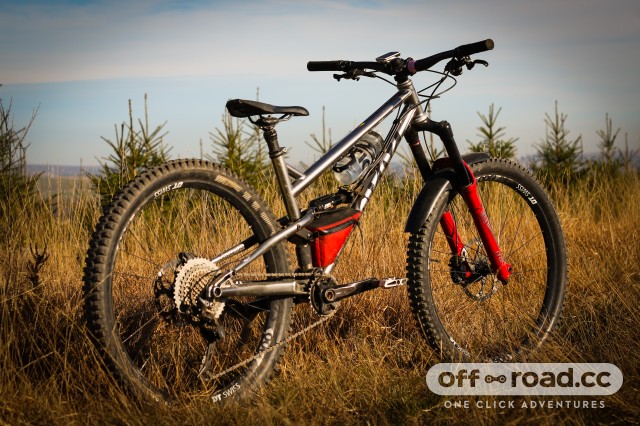 Initially, I ran Halo Vortex wheels which have a 33mm internal width (full review here) and found them a great match for the kind of all mountain riding the Rocket is destined for. The wheels are relatively robust,  good for 2.4" to 2.6" tyres and giving lots of grip at low pressures. The wheels are slightly hefty though, but this isn't necessarily a problem on the Rocket - it's not a weight weenies bike. Weighing in at 34lbs (15.4kg) I wasn't too worried about an extra 200g or so at the wheels. It is worth noting that the rear of the Rocket won't happily fit an up to size 2.6" tyre with 33mm wide rims. I ran a 2.6" Specialized Butcher on the back which measured up at 2.59" and found it fouled on the seat tube when the suspension was compressed. I have now swapped the Halo's for some DT Swiss M1900's with a narrower 30mm internal width, a cheaper price tag at £335 and slightly less weight. 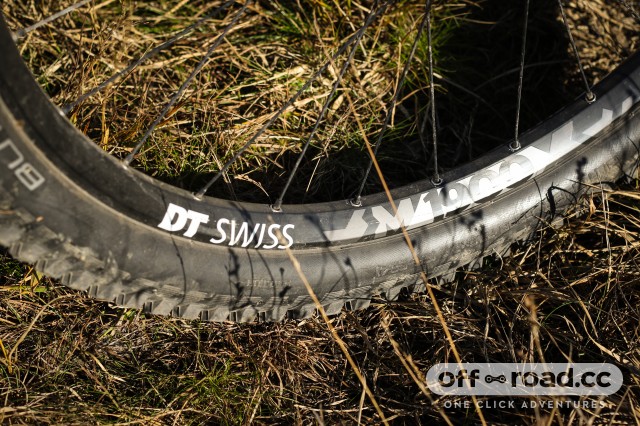 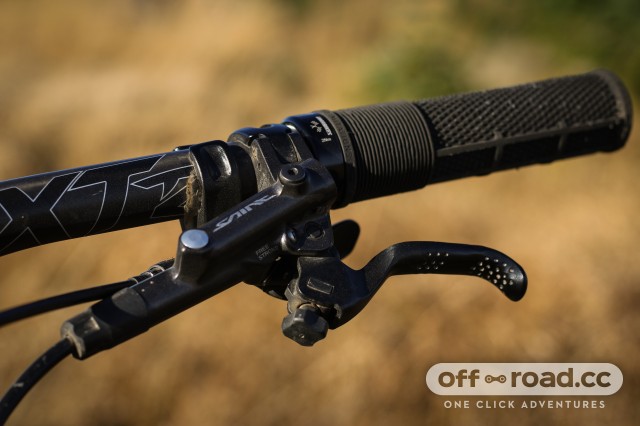 The rest of the kit on the bike has proved to be reliable, the Shimano Saint stoppers are uber powerful and I've had no problems with the bite point moving. The 1x11 set up has proved adequate for winching the Rocket up steep climbs, although I did make life a little easier for myself by fitting a 30T chainring. 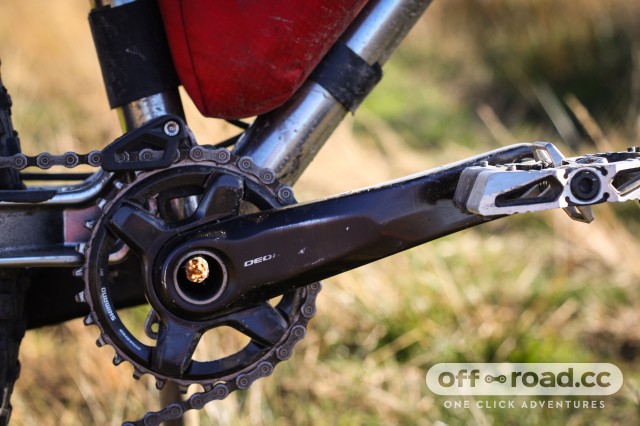 Elsewhere I have settled on DMR Deathgrip grips, my current grip of choice, a women's Fizik Luna X5 saddle and Crankbrothers Mallet E pedals at the contact points. My final detail and the one I am particularly stoked on is my custom made frame bag from Dirt Bag Utility Co. This small, sturdy frame bag fits a tube, small pump, tyre levers, tubeless repair kit multi-tool and snacks inside. It sits securely by the bottom bracket too, keeping that centre of gravity low whilst still allowing me easy access to the gear - it's what every true 'enduroer' needs surely?!

The medium Rocket will fit a water bottle as long as it's a 500ml size with a side entry cage, I like using this Specialized one, but I've heard that Lezyne cages are also a good option. 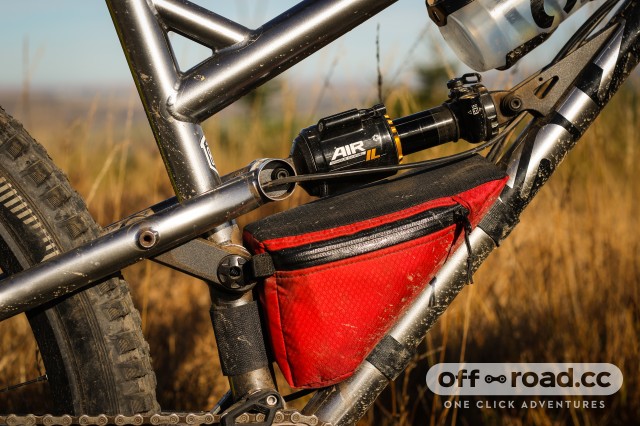 Kitted out as it is the Rocket is an absolute brawler, it's not super light or super stiff but it's not meant to be and that's right up my street. It's long too with a reach of 457mm on this medium, its the longest, slackest bike available with the shortest seat tube (420mm) for my 160cm height, and you might already know, I'm an advocate of long bikes.
It's the type of bike to charge downhill at warp speed and come out the other end unscathed. It's well balanced and slack enough to provide confidence in the gnarliest of situations. This bike is super stable and a great partner on rough or technical terrain that might be outside your paygrade and for that I love it. Under hard braking the Rocket isn't the most composed, slam the brakes on rough terrain and the linkage driven single pivot suspension has a hard time keeping up with events and traction is compromised somewhat. I found digging my heels in and forcing the tyre into the ground the only remedy, well that and letting go of those brakes and allowing the suspension to work properly again!
I'm looking forward to a few more months with this bike, a few more component changes and many more trails to razz!