Skip to main content
Log In Register
Rachael builds her her long term test bike and its a stunner..... 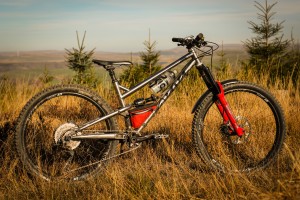 This bike has been a few months in the making but finally, it was time to build it up and get it on the trails! Rachael's long-term test bike will be a 2018 Cotic Rocket, a 160mm enduro and all-mountain machine that's as long and as slack as she likes it!

We took a very first look at the new Cotic Rocket back in February 2018 and right away we knew we had to get one in for test. Its longer and slacker than previous iterations, sporting Cotic's Longshot Geometry and a suitable low seat tube height too. Our Rachael thought it'd be an ideal long-termer, allowing her to get the reach she'd like without a lofty seat tube. We introduced the bike a couple of weeks ago when Rachael covered it in Invisiframe prior to building.
Longshot geometry Cotic says "brings a new balance, speed and capability to the Rocket".  Frames have been made longer to be matched with a short stem (30mm-50mm) which combined with a slacker head angle should create a stable bike that's a hoot when things get steep and rough. It's nice to see 437mm chainstays in play too helping balance out the front to rear weight balance as the frame gets longer.

The head angle on the medium frame is plenty slack enough for most trail endeavours at 64.5°, the reach is 457mm coupled with a not so steep effective seat angle of 75° giving a top tube of 616mm, that's all with 160mm forks fitted. 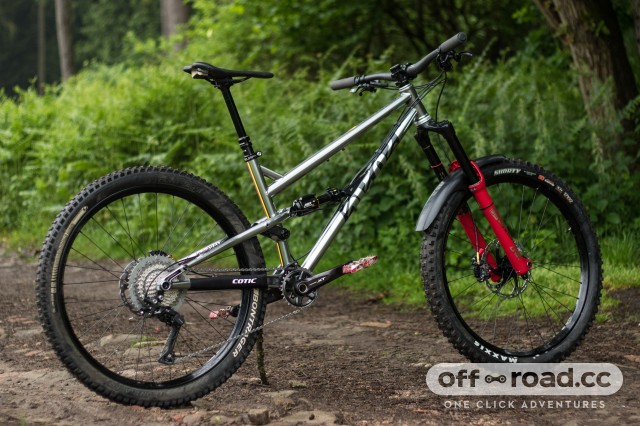 Also updated in 2018 was the length of travel with the rear now getting 157mm of travel rather than 150mm and up front you can now run 160mm or 170mm forks. We've got 170mm Rockshox Lyrik RC2's fitted to our bike and it looks super slack, we've measured the head angle at 63° which is a lot slacker than we expected so we've got some more investigation to do there! The bike now boasts boost spacing, it's set up for a single chainring only giving room for a larger pivot to improve stiffness and there is plenty of clearance for fatter tyres at the back. 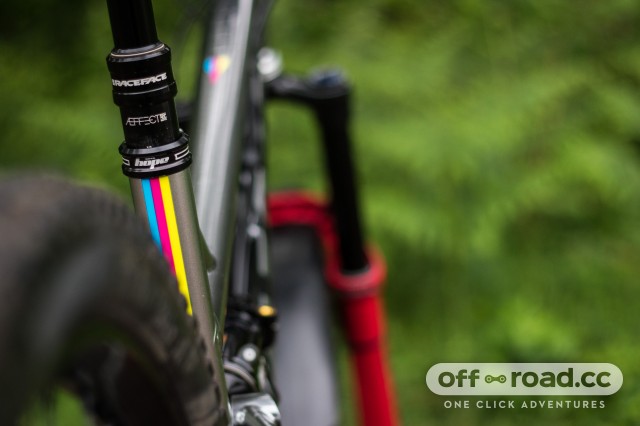 As we mentioned there is a pair of Rockshox Lyrik's dealing with the bumps at the front, at the rear the suspension is dealt with by a Cane Creek DB Air Inline shock. The drive train comprises of a full Shimano build, we've gone XT with Saint brakes. There is a 30T chainring paired with an 11-46T cassette (the new XTR won't be available until much later in the year we're told) and 170mm cranks. The four-pot Saint brakes are coupled with 203mm and 180mm IceTech rotors. 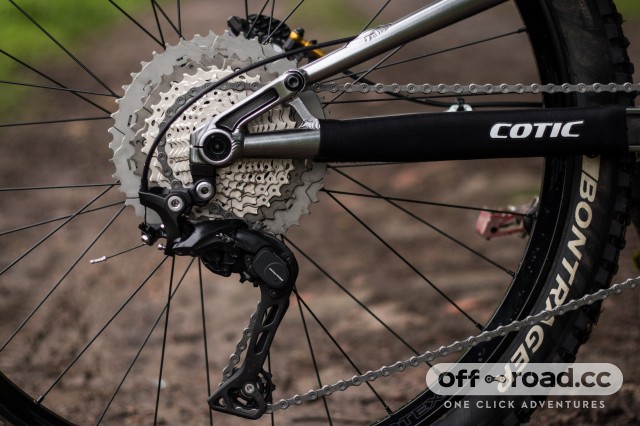 The bike rolls on Halo Vortex wheels, which are a relatively new set of wheels from the British company, released earlier this year in January. They 27.5" hoops have a wide 33mm internal diameter, have an asymmetrical spoke design and use Halo's own Superdrive hubs which by the sound of spinning it has an insanely quick pick up. They aren't the lightest though, a 27.5" wheelset comes in at a claimed 2,140g but they are a reasonable price at £410. 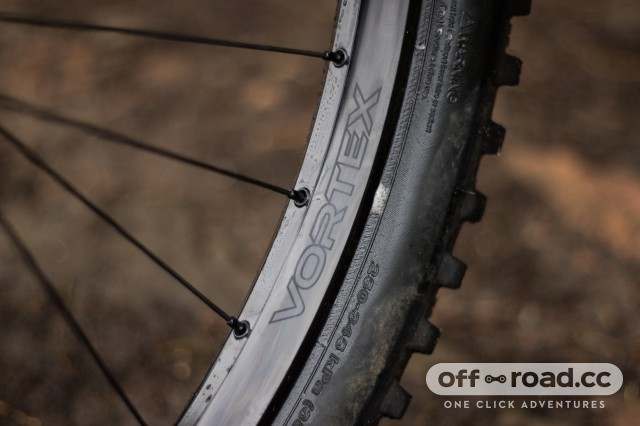 Elsewhere there is a Race Face cockpit featuring Next carbon bars and a 32mm Turbine R stem with ODI F1 Float grips. We are also using a 150mm Race Face Turbine dropper post, the short seat tube length (425mm) allowing 5'4" of Rachael to be able to run a longer post and get that saddle out of the way when descending. 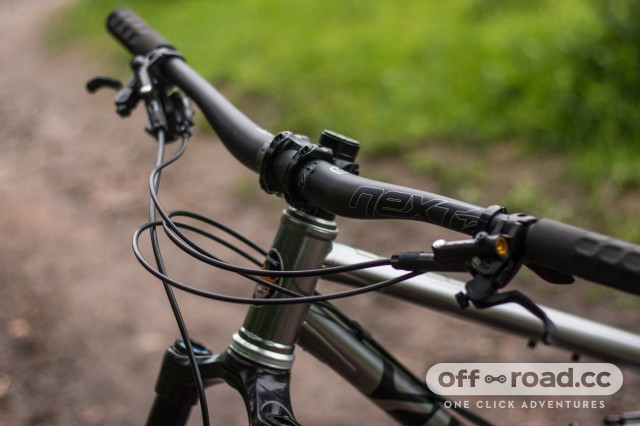 To finish the whole thing off are some used but favourite parts; Crank Brothers Mallet pedals, an SQ Labs Ergowave saddle and a Maxxis Shorty 2.5" tyre (the heatwave is definitely over down south!) The rear tyre is also a part worn Bontrager SE5, it's pretty near to the end of it's life and will be swapped out soon for something else.

With regards to price, this is a custom build but prices for the frame and shock start at £1499 with an X-Fusion O2 RCX, then slightly more for Cane Creek DB Air IL or DB Coil IL. Full builds start at £2,599 and its pretty easy to customise your build via the website for by giving the guys a call at the Sheffield base. 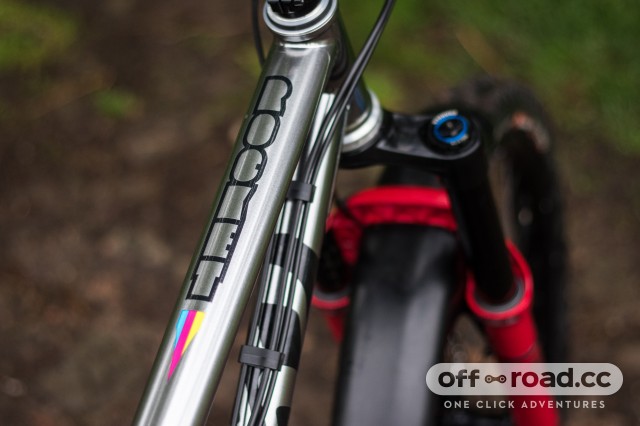 Rachael is off to the MTBMeetup this weekend for the bikes maiden voyage, she'll get back with an update soon!