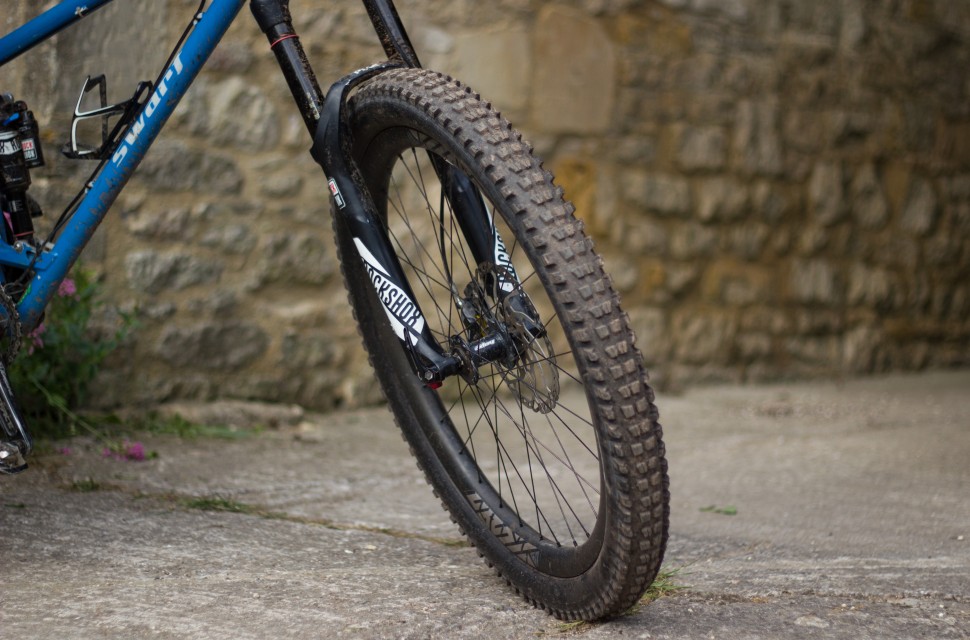 Specialized have been making the Butcher for some time now, my first intimate introduction was back when wheels were of the 26” variety and rims were only little-finger-width wide.

Now, years into production and things have changed slightly, new sizes, compounds, weights, prices and in the case of our test tyre, widths. With the inflation (see what I did there!) of plus tyres over the past couple of years and the, thankfully so, continued growth of rim widths, tyre manufacturers have had been under some pressure to perform (thank you thank you, I’m here all week!). 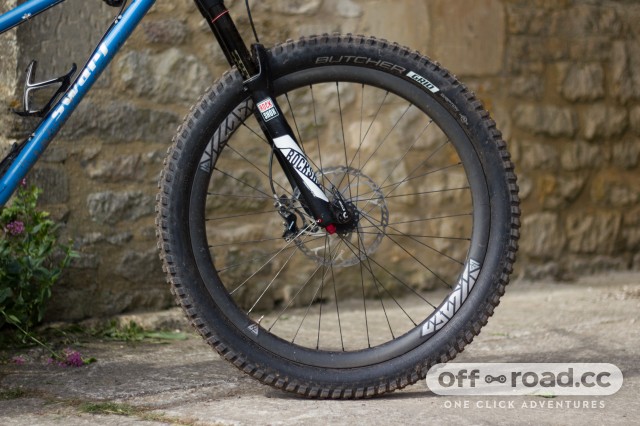 The Butcher 2.6" with its grid carcass and new Gripton compound is Specialized’s offering of the, now common, bridge between plus tyres and their more anorexic forebearers. The bike media world has long discussed the reality and limits of plus tyres and that a compromise would undoubtedly arise - 2.6, meet the new ‘normal’?

A personal gripe with all rubber makers is that the specified measurement is often vastly different in practice. Some of this will be rim width dependent, but even then differences vary wildly. Specialized have regularly been one of these aforementioned brands of discrepancy - their earlier 2.3 tyres regularly measured more like 2.1 with some configurations. However, pleasingly, this 2.6 variety measured up very close to its description at 2.595”. It is fitted to a very wide (40mm ext) rim however, which does tend to increase volume and square off the tread resulting in a marginally narrower tread width so it could be even closer on a slightly narrower rim. If tyres don’t measure as specified, then consumers will see these changes as mere marketing splurge, it's important! 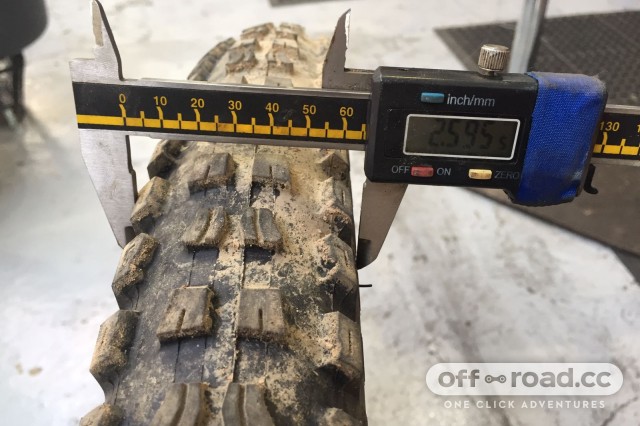 The Gripton compound is Specialized’s flagship rubber matrix made mostly from synthetic rubber reinforced with silicone dioxide. Spesh claim that it not only conforms more to the terrain, but it deadens vibrations and improves rolling resistance compared to the competition. It uses a 50a compound meaning it's pretty soft and well in the middle of its competition in terms of tackiness.The Grid sidewall protection is as always, stiff enough to aid vertical stability but malleable enough to ensure it flexes when needed and ensure ease of install and removal. It's tough too - very rarely have I put a hole in one, there’s a limit to everything of course.Specialized Butcher 2.6-4.jpg, by Rachael Gurney 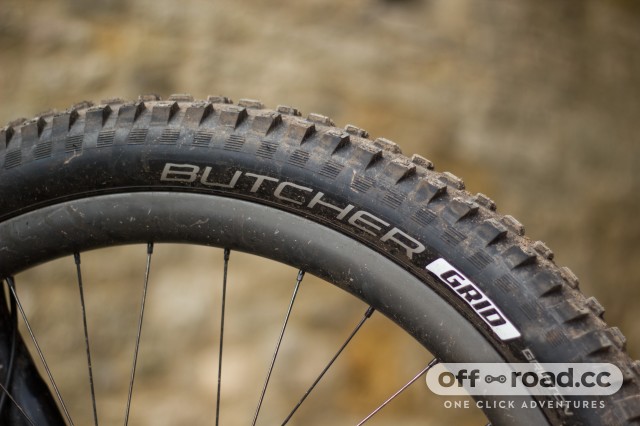 In my case, it mounted to the beadless carbon rim with ease and inflated tubeless with a standard track pump, Specialized have long been known for their ease of inflation with minimal fuss. I’ve put a decent amount of time in on the tyre, mounted to the front and the rear and put simply, its damn good. I’ve run pressures as low as 15psi on the front with only limited squirm in high-speed corners or snappy changes in direction, helped significantly by the rim width but also testament to the strength of the grid sidewall. Running it down to 18 psi on the rear exacerbated the roll as expected, 22psi was a good number on the back. But, only install to the rear if your overall intention is grip - its a bit of a slog on the rear, no worse than competition, but it will make forward motion on soft terrain harder work. 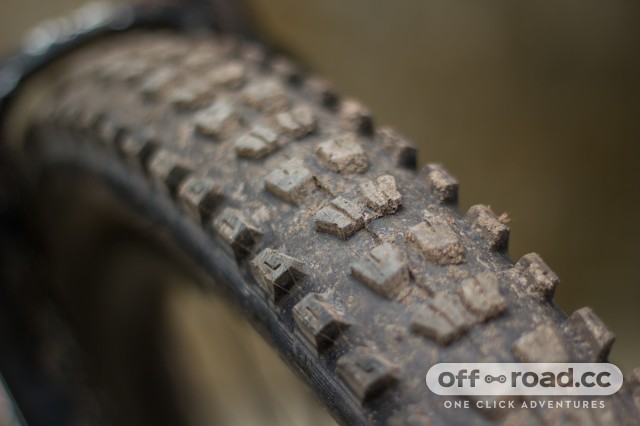 With it back on the front, 18psi inside, wet, dry, dirt, rock, roots, loose-over-hard, its nothing short of superb, only becoming clogged on the stickiest of loamy goodness, as would anything other than a spike. It transitions from upright to side knob smoothly, doesn’t break away with immediate alarm and holds off camber traverses better than many other rubber hoops. I’d say it’s on-par with other tyres of similar intentions in terms of vibration damping and rolling resistance but better than many in overall traction. At approx £50 and 985g, it’s cheaper and marginally lighter for similar strength and better levels of grip than some. I’d say Gripton by name, grip by nature, what a tyre!

Since writing, the tread pattern of the Butcher has been changed, promising further improvements in all things rubber-side-down - watch this space for another review. 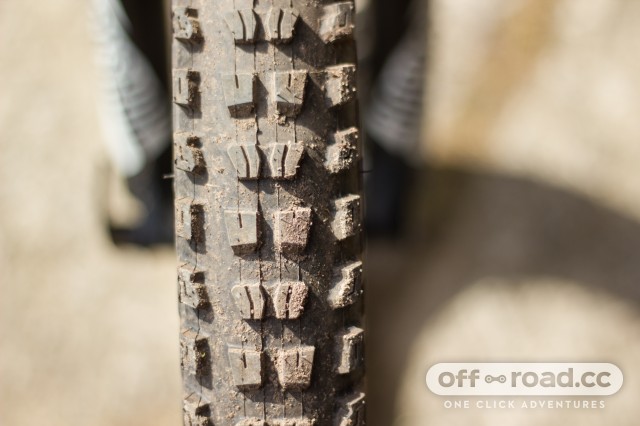 Check out www.specialized.com for more