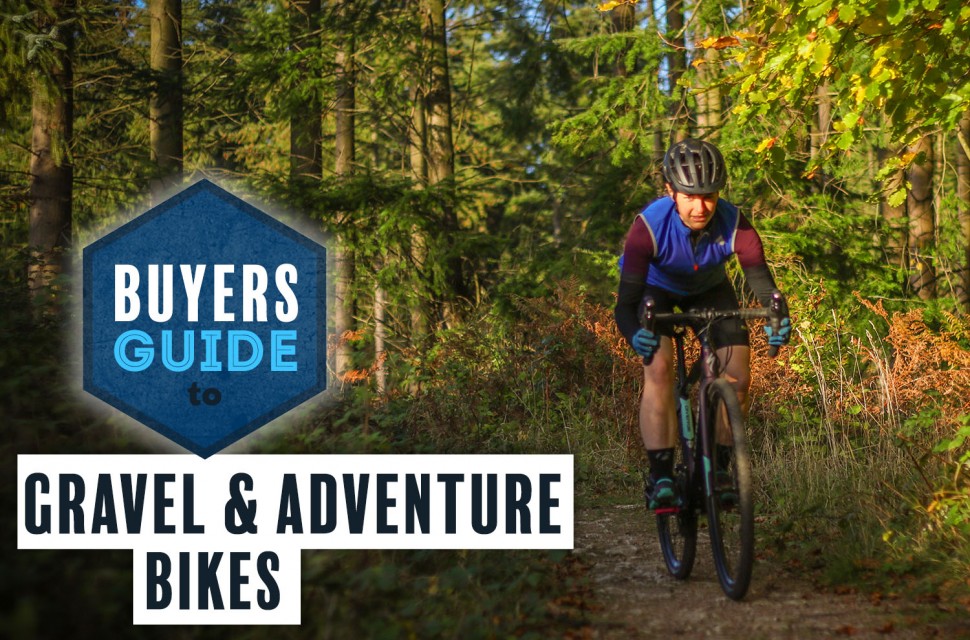 Gravel and adventure bikes have gone very quickly from the latest craze to a significant part of most bike companies' ranges. These bikes are tailored for long-distance comfort, with disc brakes, big tyre clearance and geometry honed to excel both on the road and off, whether it's gravel, forest or dirt track. Find out which one might be best for you by reading on.... 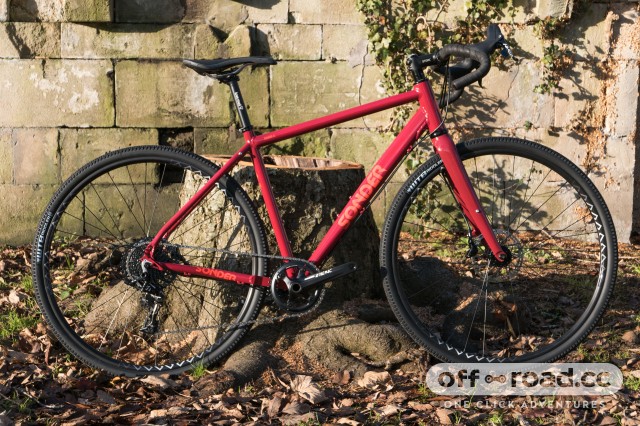 Why might you want a gravel or adventure bike?

Their adaptability, versatility and ruggedness make them the perfect commuter bike, an ideal light touring or Audax bike, a great winter training bike, or simply one bike that can tackle any sort of terrain you care to take it along. If ever there was a case for the one perfect bike for the British non-racing cyclist, then an adventure bike is probably it.

The US gravel racing scene hasn’t been much emulated in the UK yet, but the style of bike has piqued the interest of British cyclists. The idea of the bigger tyres and relaxed geometry that promotes extra comfort when the going gets rough and bumpy is very attractive given the generally poor state of repair of UK roads. Let's be honest, in many places they're almost gravel anyway. 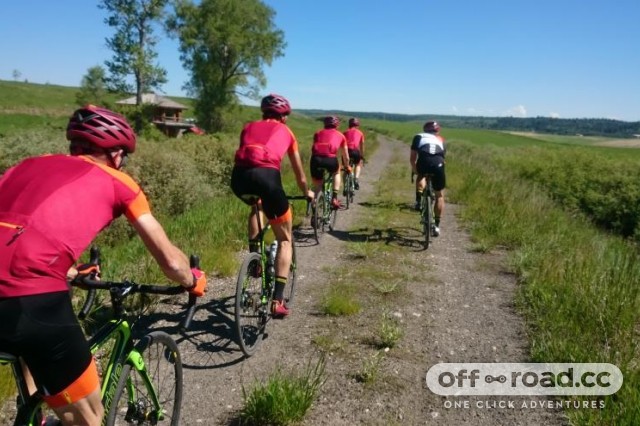 They can be ridden anywhere, these bikes, on the road and off it. The idea of adventure (or allroad, roadplus and enduroad as some people are calling this style of bike) is also finding fans, with the ability to dart down a bridleway or over the plain or along a fireroad to mix up a regular road ride appealing to cyclists keen to get away from the congested streets and into the wide open countryside. 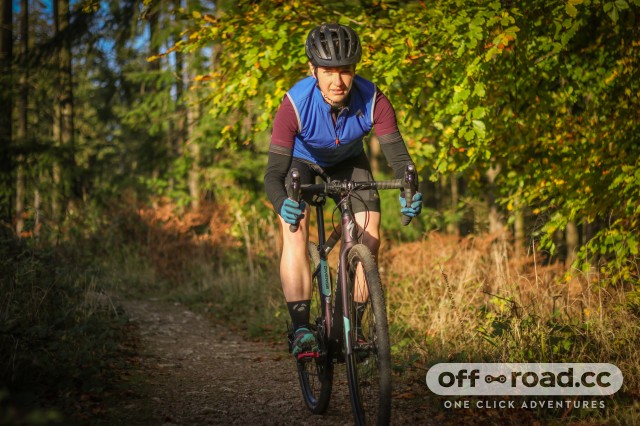 Of course, the idea of riding a road bike across any sort of terrain, be it smoothly paved roads or rough and bumpy gravel tracks, woodland trails laced with roots or edge-of-field bridleways, is nothing new really. Road cyclists have been doing it since the dawn of the bicycle. How do you think cyclo-cross was invented? Gravel and adventure bikes, though, are better suited to the demands of on and off-road riding. They split the difference between an endurance road bike and a cyclo-cross bike, with space for bigger tyres than an endurance bike and geometry better suited to road riding than a cyclo-cross bike. 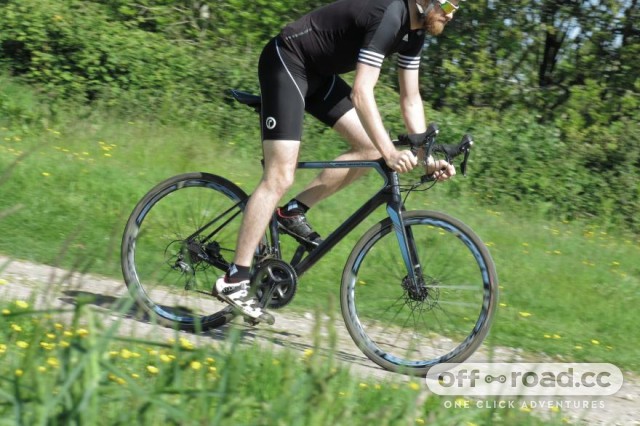 Call them what you want, these bikes are all about having fun and exploring the beautiful countryside we’re fortunate to be surrounded by. You could be riding along smooth tarmac one minute, then hurtling down a tree-lined bridleway the next, then trucking along a fireroad in deepest Wales the next. And that really appeals to a growing number of British cyclists.

What should you look for in a gravel and adventure bike?

For a start, gravel and adventure bikes aren’t simply rebranded cyclo-cross bikes. While there’s no single blueprint that adventure bikes follow, they generally sit between an endurance road bike and a cyclo-cross race bike, if anything leaning more towards the former. They’re designed with longer wheelbases, so they’re stable on the road and when riding over an unpredictable surface like gravel, and provide comfort over long distances. The geometry is more relaxed than a race bike, the head angle slacker and the head tube often taller. The bottom bracket will usually be a little lower than a cyclo-cross bike. 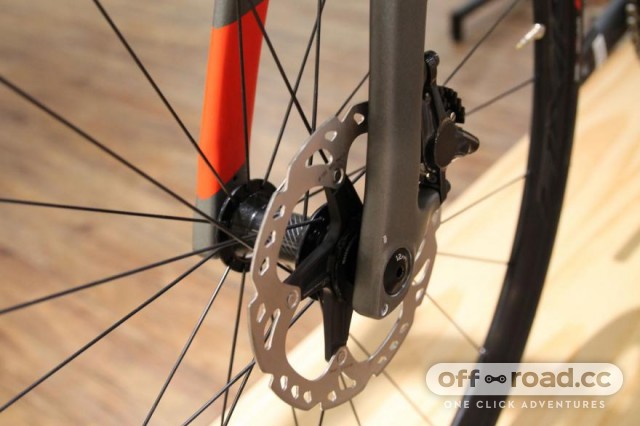 They all feature disc brakes. By removing the rim brake caliper you can easily design a frame and fork able to accommodate bigger tyres. Disc brakes, especially hydraulic discs, offer more power which provides more confidence when riding off-road and are useful in mixed conditions.

Gravel and adventure bikes will have space for bigger tyres, but how big varies from brand to brand. Endurance road bikes go up to about 32mm as a general rule, but gravel and adventure road bikes increase the clearance up to as much as 55mm. That provides a vast range of tyre choice options, including many rugged touring and cyclocross tyres, as well as road slicks, so you've got plenty of options for setting the bike up for your riding demands. In some cases you can even fit 29er mountain bike tyres. 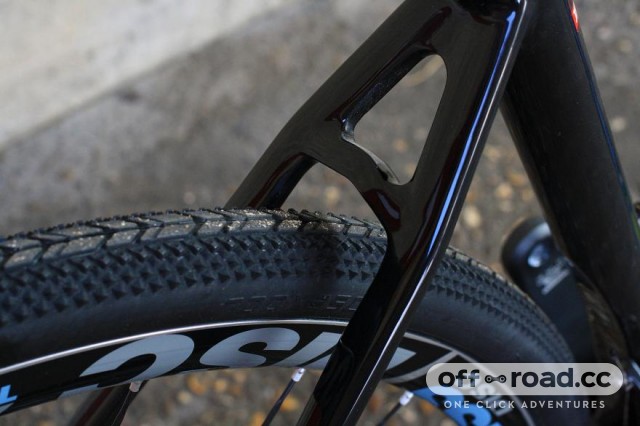 Tyre choice very much depends on the riding you want to do and the terrain in your local riding spot. There’s nothing to stop you fitting light 25mm or 28mm tyres if you want it to be fast on the road. Or you could use a 35mm treaded tyre if you want to include some gravel and dirt paths in your rides. We’re seeing more tyre choice as well to go with the bikes, such as the Panaracer Gravel King, to name one example of the growing selection aimed at gravel and adventure riding.

While this new breed of bike has stemmed from the gravel racing scene, manufacturers have been wise to cotton on to the do-it-all appeal, and many equip the bikes with eyelets for fitting racks and mudguards. That means you could build up the perfect winter or commuting bike, or add a rack for some light touring and explore further afield. With events like the Transcontinental Race proving popular, it’s this sort of bike that is becoming the go-to choice for long distance bikepacking or lightweight touring, where you want a rugged bike able to tackle any sort of terrain you might encounter, the comfortable riding position a bonus when going the distance.

Good luck on the hunt for your next bike, you can check out all of our gravel bike reviews here!