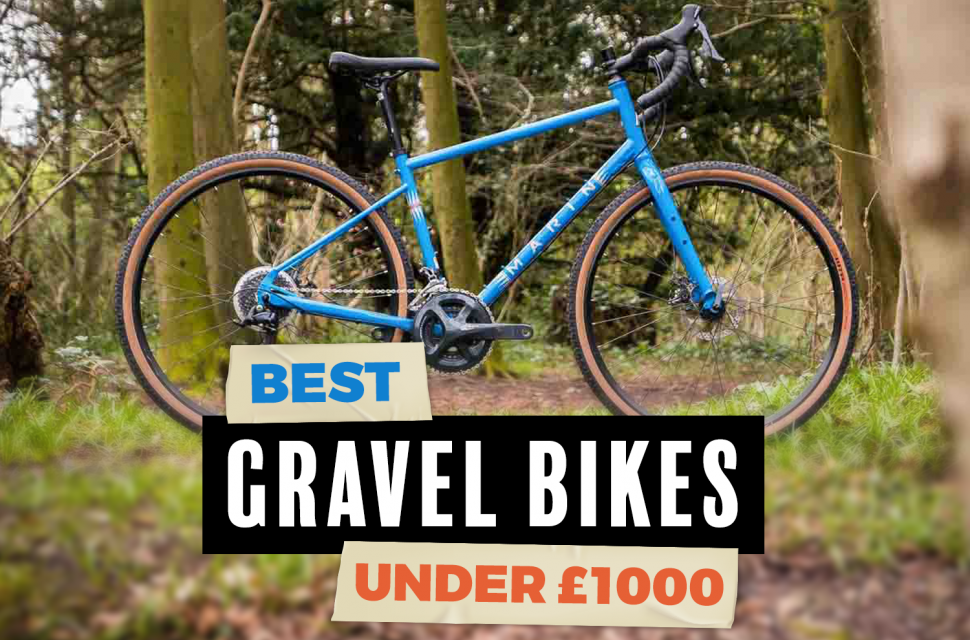 If you're after a new gravel or adventure bike but don't want to spend more than £1,000 then you're in luck, as there are plenty to pick from - and we've tested an awful lot of them. So, if you want some dirty drop bar action but don't want to dent your bank account, read on for the best in test.

Watch the video for the top five gravel bikes you can buy right now or scroll down for a whole list of gravel bikes that cost under £1,000.

Plus if there's a bike you know you like, hit the links below to jump straight to that one. At the bottom of the page are two bikes that cost a little over a grand but are ones that are also well worth a look. If your budget can stand a bit more, then we'd suggest you also check out our pick of the best gravel and adventure bikes we've tested for under £2,000.

Also worth a look 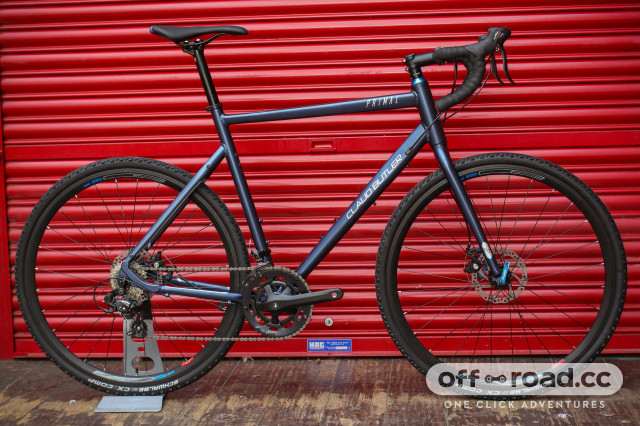 Claud Butler's Primal is just about the cheapest gravel bike we've encountered but anybody with limited funds won't feel short-changed as it provides an impressive ride experience across a wide range of terrain. However, while it puts forward a good argument for being all the budget drop-bar bike you might ever need, a look at the price-point-focused spec sheet suggests it's not necessarily all the drop-bar bike you'd ever want. 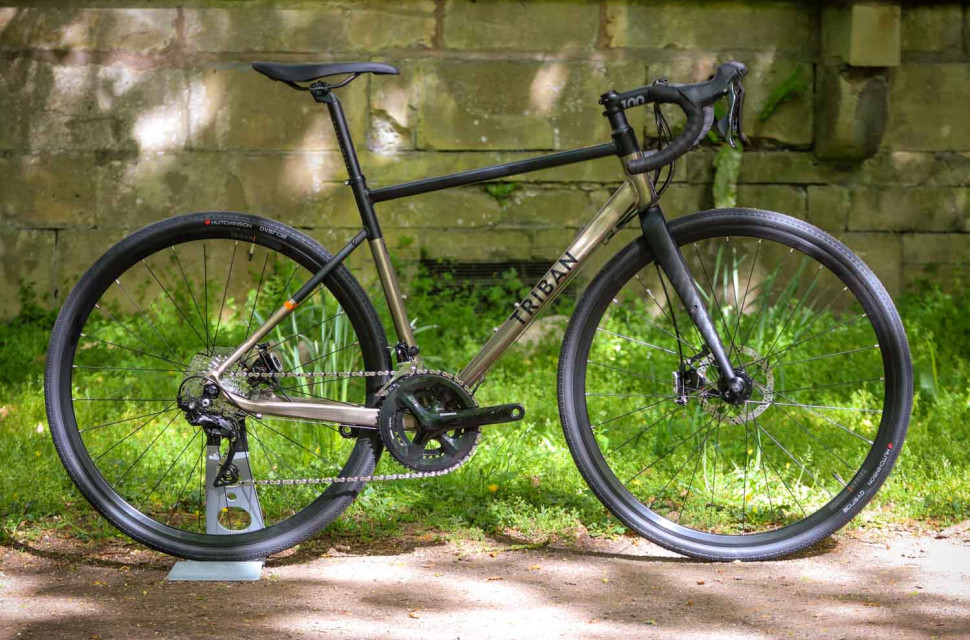 The gravel-adapted version of Decathlon's acclaimed RC520 endurance bike comes with 36mm Hutchinson Overide tyres for trail and dirt-road riding. The gearing is perhaps a bit high for dirt riding, but the Shimano 105 components include the GS rear mech that'll handle a 40-tooth largest sprocket.

It's a favourite of our sister site road.cc whose reviewer Stu said: " When out for four or five hours riding purely on a mix of gravel byways and smaller dry, dirt trails, that steady, confidence-inspiring steering just lets you get on with the job of ticking off the miles and enjoying the scenery." 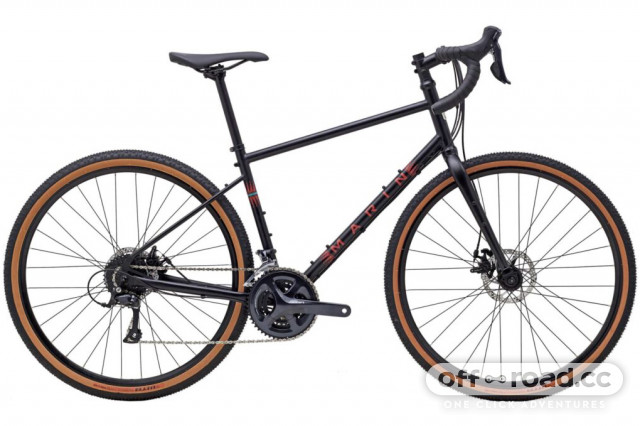 Marin's Four Corners might make the most of the current bikepacking and adventure trend to sell itself, but at heart, it's an affordable off-road tourer with planted handling and a versatile steel frame.

On the downside, it's heavier than similarly priced rivals and that's something that makes itself known on hills. If you're after something super lively feeling that'll spend most of its time on road, you should look elsewhere first, but it's a mighty fun jack-of-all-trades - which is exactly what an off-road touring machine should be.​

The Sonder Camino Al is an adventure bike from outdoor specialists Alpkit. Sonder is their bike brand and, as with the rest of their products, aims to provide great value for money. The Camino proves to be a versatile ride for a variety of conditions whilst being great value. This is a bike that enjoys going off-road but would also be quite happy taking you longer distances on tarmac too.

The bias - and the way the bike is specced certainly corroborates this – is towards off-road adventuring. The comfortable position is perfect for gravel excursions or riding long distances loaded with luggage, but for my preferences is just a little too upright for longer (proper) road rides. It’s a do anything bike with a definite off-road flavour, but above all, it’s a bike to have fun with at a price that belies its capabilities. 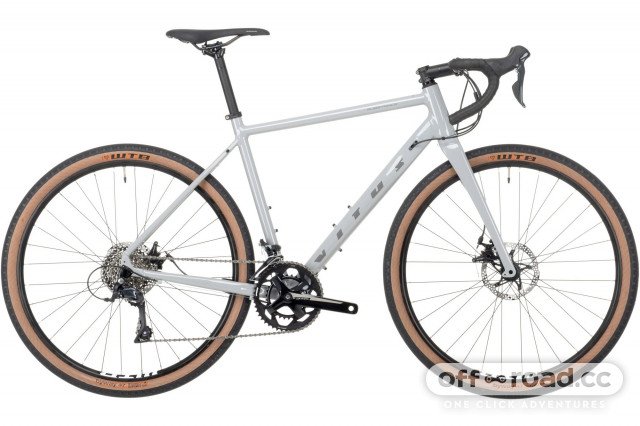 In 2018 you could buy the Substance as a Tiagra equipped model for under a grand but for 2021 the only option in our price range is a Sora model with drop bars for £950. There's also a flat bar Sora version and more expensive aluminium and carbon fibre models from £1,100.

We've previously tested the 2018 Apex equipped version of the bike and though it "wasn't the quickest or the lightest, but a solid bike for far-flung adventures – or just riding to work". Geometry is the same in 2020 so you just need to decide if the spec and the price suits you. 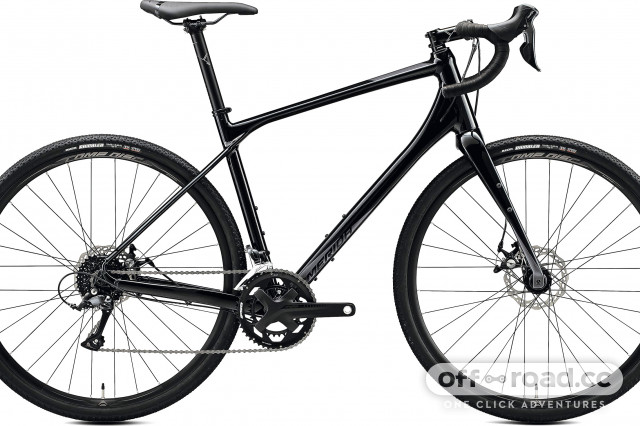 When we tested the alloy Merida Silex 700 we really liked its mountain bike inspired geometry. Whilst the 700 costs £2,100 there is also a version, the Silex 200 for bang on a grand. The wallet-friendly 200 has the same geometry at the pricier versions but comes equipped with Shimano Sora components and Promax Decode R mechanical disc brakes. 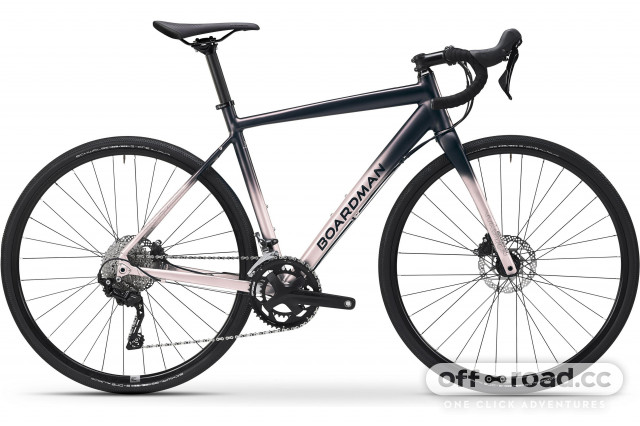 Our mates over at road.cc tested the Boardman ADV 8.8, and said the bike was "well made, well specced and fun to ride, this adventure machine covers plenty of bases, from blasting the local gravel byways to year-round commuting. It's a lot of bike for not a lot of money." The 8.9 has the same frame and fork, but upgrades the components to Shimano's gravel-specific GRX parts. That includes hydraulic brakes, making this probably the cheapest drop-bar bike around with hydraulic stoppers. 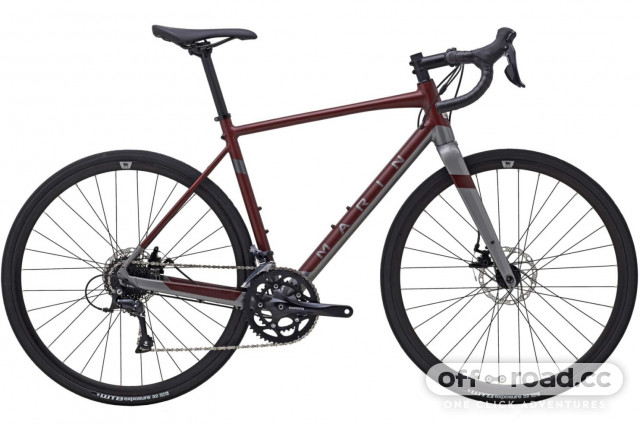 Another all-rounder to make it to the list, we really liked the 2017 Gestalt 1 when we reviewed it, saying it was "A cracking bike for anyone wanting a versatile machine that'll do everything from commuting to gravel grinding".

The 2020 Gestalt 1 uses Marin's Series 3 Beyond Road frame, and full-carbon fork, with Tektro dual-piston brakes, fixing two of our major criticisms of the base-model Gestalt. 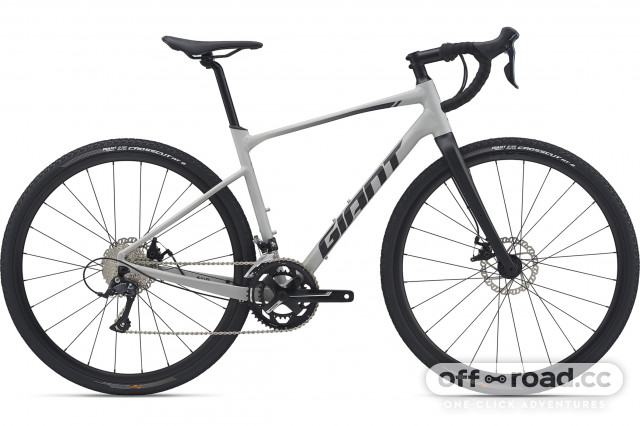 The Giant Revolt 2 is a decent gravel and adventure bike at a respectable price. It has a quality alloy frame, a carbon fork, and plenty of scope for adventures.​ The Revolt 1 nails its brief as a versatile bike: it has the ability to be a speedy commuter, a bag-laden gravel machine or a good time on the singletrack – just take your pick come the weekend. At £300 less than the Revolt 1 and only just over a £1000, it's also a good-value entry point to gravel biking, touring or fast commuting that's easily upgradeable should you really catch the bug. 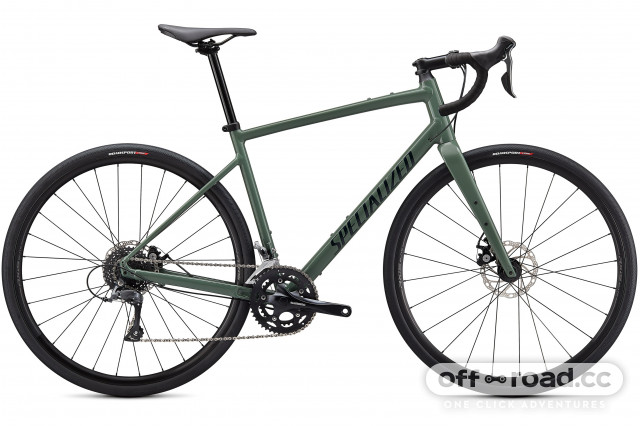 The Specialized Diverge E5 brings the US company’s adventure and gravel bike design down to an attractive price point and produces a package that works well in a multitude of uses. With the stock tyres it’s a solid and dependable road bike for road riding and commuting, but needs a tyre swap to open it up to more varied terrain, whereupon it’s decently capable for rough stuffing.