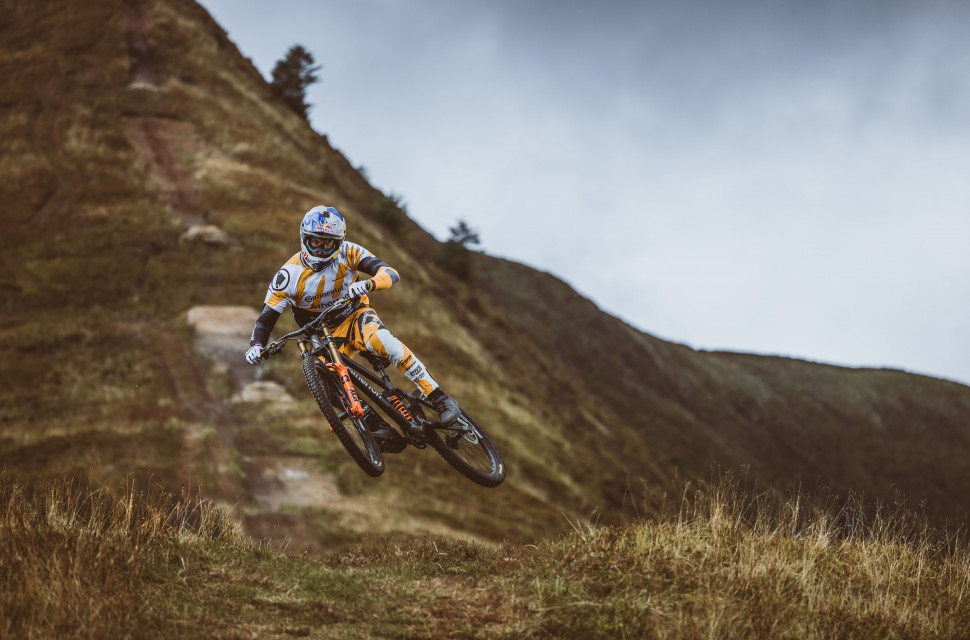 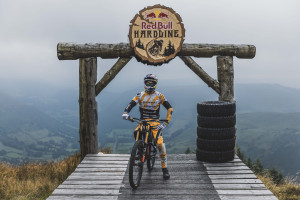 After one of the biggest injuries of his life, Gee Atherton has his eyes set on redemption in his newest video, The Ridgeline II - The Return. One year on from the original film, Gee ups the ante, riding on the very limit of what's possible on a mountain bike.

RIDGELINE II - THE RETURN - GEE ATHERTON, by The Athertons

Spectacular crashes are part and parcel of attempting huge feats of mountain biking prowess, as Gee's own crashes demonstrate. Just look at his 2008 snow jump in Tignes and his 60km/h encounter with a tree at Mont St Anne, I mean, just pop 'Gee Atherton crash' into YouTube and you'll have plenty to keep you busy.

However, the crash that took place last year, during the filming of The Knife Edge, came with an incredible list of injuries. A high-impact fracture to Gee's femur tore it into five or six pieces, while he suffered four of five broken ribs which punctured a lung. The list goes on but I'll keep it PG for now.

Gee has already returned to racing, completing the Red Bull Hardline last month, but his freshest video, The Ridgeline II - The Return, marks the man's return to filming some ridiculous riding as he fires himself down one of the most remote and difficult-to-reach ridges he can find.

“I have to admit the first day up on the new ridge was challenging, I’d been riding chilled bike park laps and suddenly I was back at the top of a Ridge with all the knowledge of what had gone before. But I do these projects purely because I love it. I’ve always enjoyed that creative side.. the freedom to build things as hard as you want. There are no boundaries, and I always end up making them a little bit harder than I should. As soon as I dropped in I was back where I belong",  Gee Atherton said.