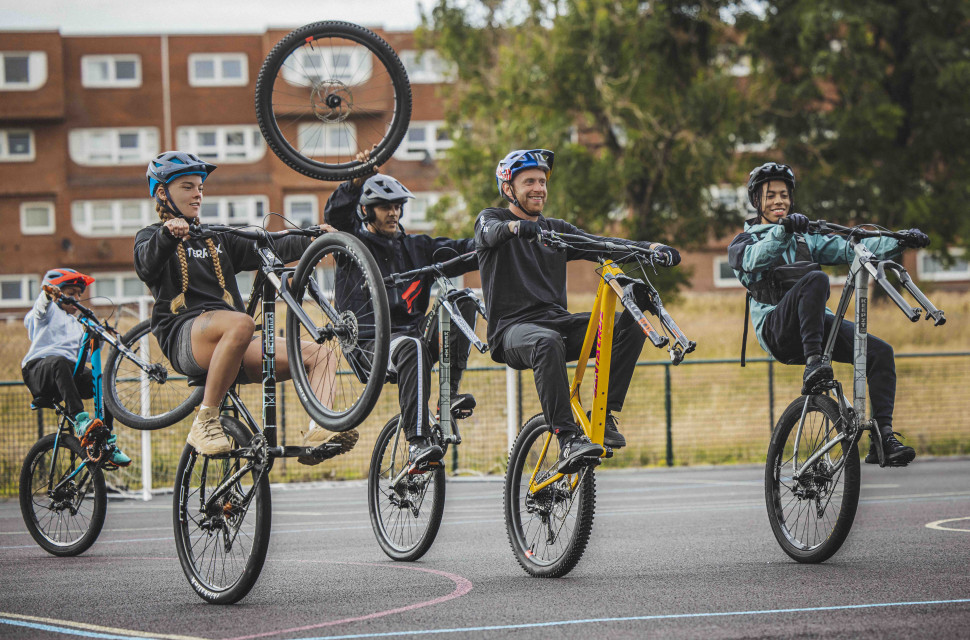 The idea for Danny MacAskill's newest video Danny Do A Wheelie stems from 2021 when MacAskill started to share his love of the wheelie and asked his 3.5 million social media fans to post their wheelie experiences with #WheelieWithDanny.

A jaw-dropping number of participants not only sent pictures, but thousands of people from all backgrounds also applied to work on the new video project with MacAskill.

“I watched the popularity of bike riding explode during the pandemic,” MacAskill said. “I wanted to make a film that was more inclusive than ever before, along with showcasing some incredibly talented riders of a broad range of age, background and riding experience.”

The result was Danny Do A Wheelie, made in conjunction with adidas Five Ten and Cut Media.

The video's upbeat tunes and atmosphere really convey how special wheelies are for all cyclists; after we learn to balance and pedal, for many the wheelie is the first trick to learn - or to some, want to learn.

“Five Ten and I wanted to make a film that included as many types of riding as possible and let other riders be the star of the production,” MacAskill explained. “The wheelie was the best place to start – if you can ride a bike, you can have a good go at doing a wheelie and from there the opportunities are endless. We wanted to celebrate the wheelie, show how accessible riding bikes can be and put a smile on people’s faces. If someone picks up a bike and has a big grin trying to wheelie, then job done.”

The video features MacAskill wheeling through a series of iconic Scottish locations, on every type of bike you can imagine. MacAskill is joined by a cast of riders, including Lil Spartan, Viola Brand and Hans Rey, all of whom prove to be big wheelie talents in their own right.

For those of us still learning the skill, MacAskill has also made a tutorial video: