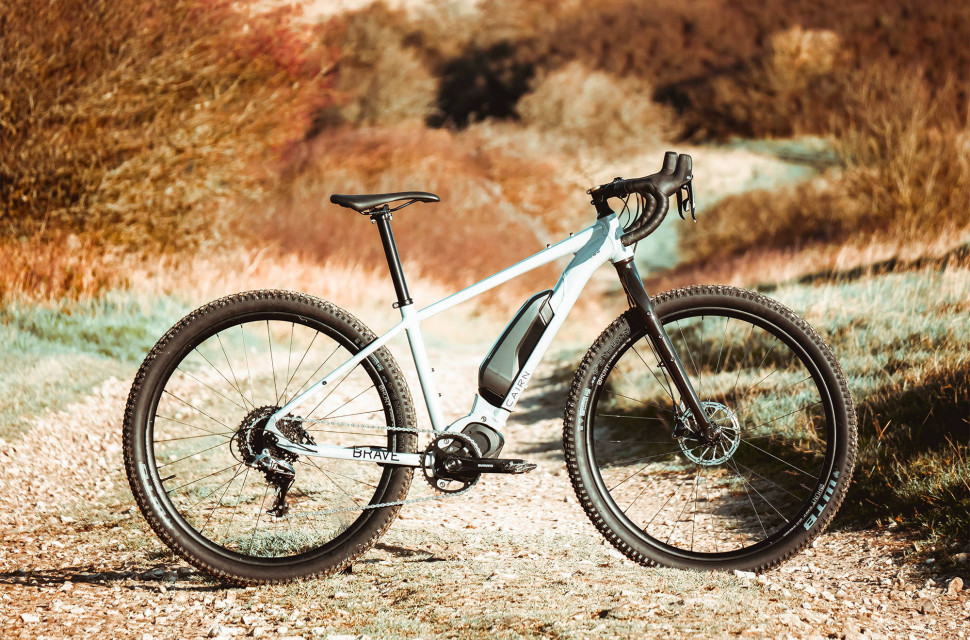 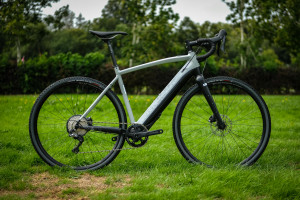 First Look: 2021 Kona Libre EL
Kona's much loved Libre gets the e-bike treatment and we've got one on test

Cairn Cycles have just sneaked a new 2021 e-gravel bike onto their website. We noticed the BRAVe 1.0 yesterday when the mountain bike geometry and chunky tyres caught our eye. The Shimano powered electric gravel bike gets chunky 29er tyres and a 630Wh battery matched to the E7000 STEPS motor - e-bikepacking trip anyone?

Aside from looking like a modern rigid mountain bike, the new electric gravel bike from Cairn is at the other end of the spectrum to their E-Adventure V2 in terms of spec, a bike we took a first look at last year. The new bike is sure to catch the attention of mountain bikers and gravel riders that are looking for a rugged e-bike with plenty of power to get to some remote places. Let's take a good look at the new bike.... 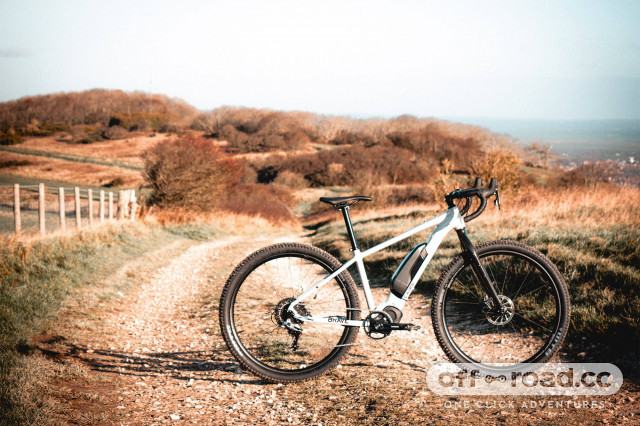 The frame is alloy with full internal cable routing, mounts for 2 bottle cages, there is an alloy fork up front too. The frame gets mounts for mudguards, top tube bag and a kickstand. The fork, again, gets mudguard mounts and also mounts for Anything Cages. From these design features it looks like the BRAVe could be either aimed at the off-road adventurer or the cargo-loaded commuter. 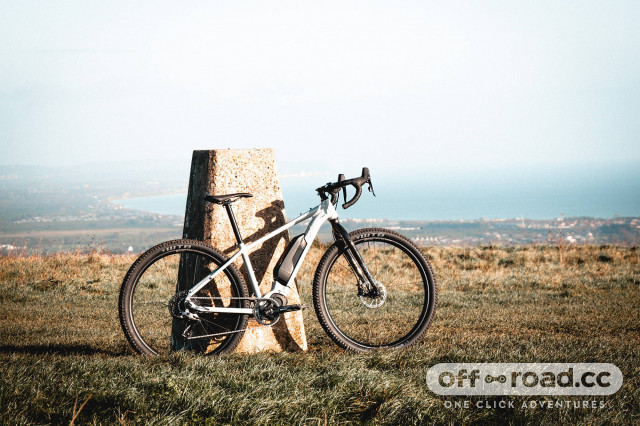 Power is delivered by Shimano in the form of the STEPS E7000 motor with 60nm of torque, a motor that gives four support levels. Cairn has chosen the BT-E6018 battery, the largest you can get, offering 630wh which should be plenty for longer trips, roughly. It does mean that the battery isn't integrated in the frame though, like it is on the newer EP8 motors. 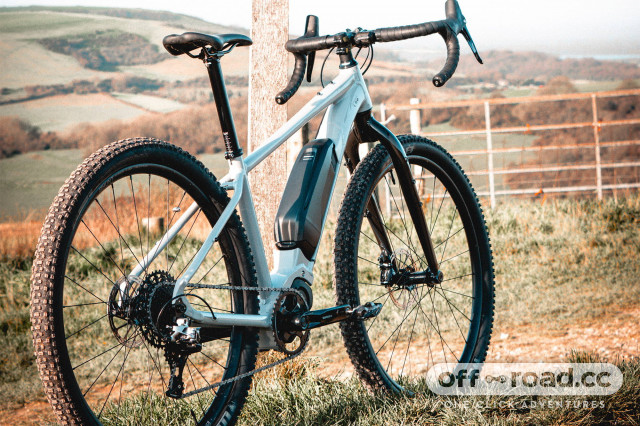 The bike will come as a full build which you can buy as either a drop bar for £2,389, or a flat bar version for £2,089. Taking the drop bar for example you'll get a SRAM Apex groupset, that's an 11 speed drivetrain with a 38T chainring and hydraulic brakes with large 180mm rotors. The bike rolls on Ryde Disc 30 tubeless rims to which wide 29 x 2.6" tyres are fitted! We reckon the extra grip, traction and comfort provided by the large volume tyres are going to suit the heavier nature of a rigid e-gravel bike very well. Elsewhere the cockpit gets Ritchey Beacon Comp flared bars on the drop version and a stumpy 60mm stem. 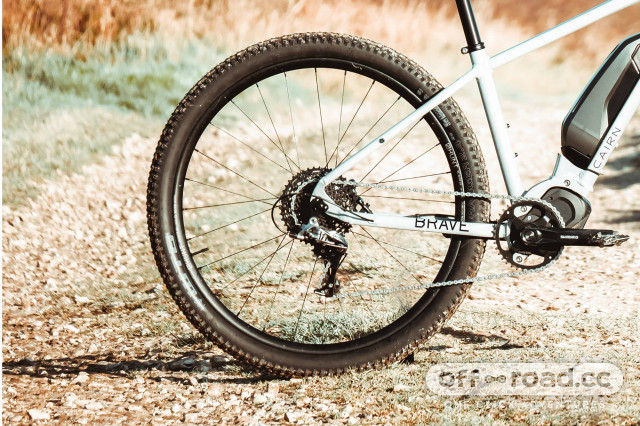 The flat bar version sports a 10 speed drivetrain and Shimano BR-MT400 brakes, with a mostly Cairn branded cockpit but otherwise, the bikes are the same in terms of motor and sizing.

Cairn says on their website that the bike is longer and slacker than a 'normal' gravel bike giving it better stability when off the beaten track and allowing the rider to have better control whilst fully loaded too. You only have to glance at the geometry chart to see the numbers speak for themselves. The bike gets a slack 68 degree head angle, a 1128mm wheelbase and 460mm chainstays. The head angle is slacker than many gravel bikes we can recall right now, moving well into cross-country mountain bike territory which should, with the wide bars and short stem, boost confidence and lessen twitchy steering downhill. The long chainstays and wheelbase certainly point to stability and good climbing prowess that Cairn alludes to. There are four sizes of bikes to choose from with seat tubes starting at a short 420mm in the small.

We are looking forward to asking for one of these bikes on test as soon as we can! It looks like bikes are available to preorder now with delivery in October 2021.

I was going to ask, what's the weight? But maybe that should be, why the wait?