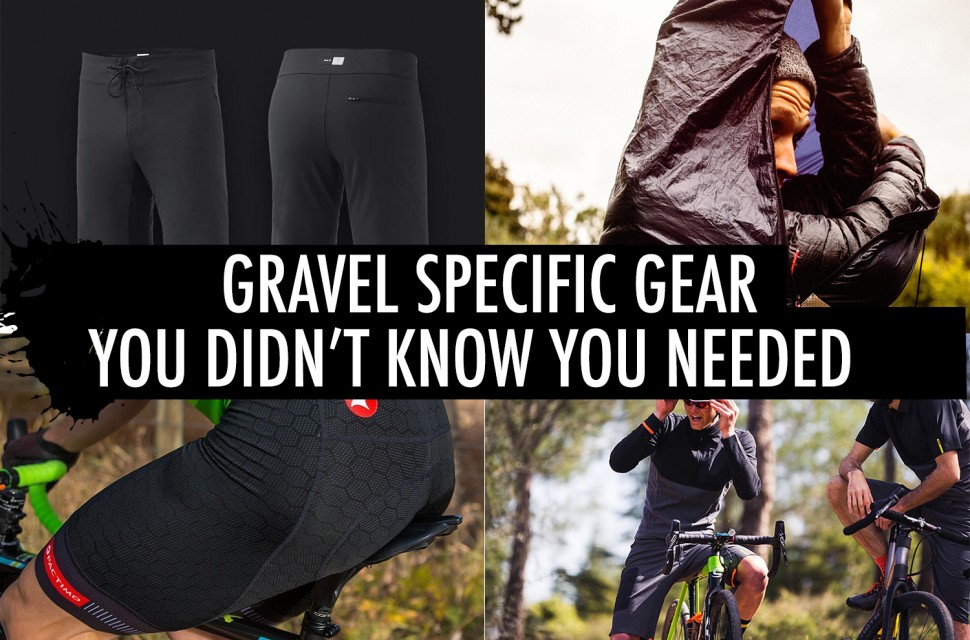 Gravel riding is very much the hot new thing in the world of bike riding. By splitting the difference between road and mountain biking by hitting the dirt with a drop barred bike seems to have caught the imagination of some design departments and low and behold 'gravel specific' kit, components and clothing has been born. Read on for the gravel gear you never knew you needed....

The GR2 is Bontrager's first gravel-specific shoe, it uses the brand's existing inForm Race last that "offers a slightly roomier, high-performance fit". The nylon composite sole has a stiffness level of 6 out of 14 on Bontrager's scale so, indicating that walking isn't going to be a problem married with two bolt mountain bike cleats. It looks like mix of a cross country and a hiking shoe with laces for that 'gravel style', let's face it, if you getting properly off the beaten track on a gravel bike you are going to need to be prepared to hike! 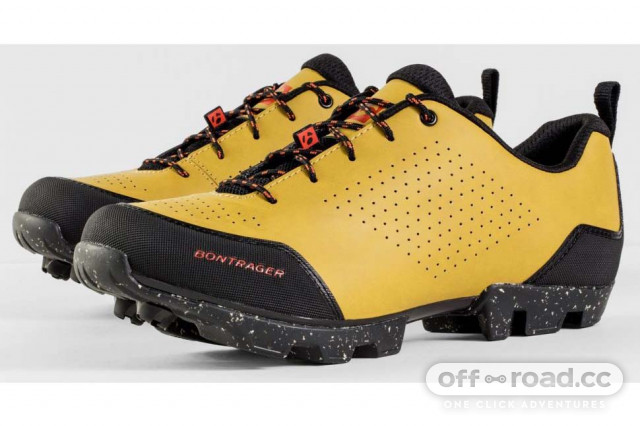 There have been other 'gravel shoes' but this was first overtly 'gravel specific' shoe, followed by the Bontrager offering above. The RX8 is basically an XC9 shoe made lighter with less reinforcements on the soel, no spike mounts and one Boa dial. So if you are specifically gravel racing, this is the shoe for you. Don't even think about touching it if you want a super light XC shoe, it's not for you and your chunky tyres..... 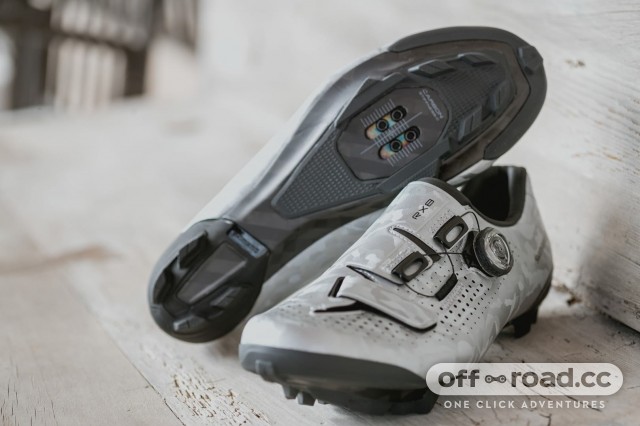 The 'Terra' editions of Fizik's bar tape is for the off-roaders, where they say that the added 'Bondcrush' layer is thicker with a polymer foam that aids the absorption of road (ahem, off-road) buzz whilst being tacky too. It's squishy - 3mm of squish to be precise - a bit like other bar tapes in the Fizik range but with a sticky outer layer for your dirty, muddy paws. 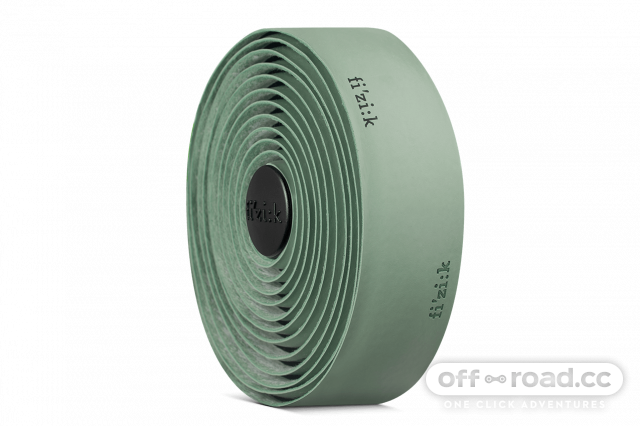 We checked out the new sleeping bag and down jacket combo from Rapha recently. Designed with overnight bike rides in mind the half height sleeping bag, used with the brands down jacket forms an integrated sleeping system that packs down super small. The kit has a clear gravel theme but its not the first time it's been done, Patagonia do something similar in their Hybrid Sleeping bag, just this version has the classic Rapha name and stripes. It looks good for any lightweight adventure, bike related or not, as long as it's a warm and temperate at 15°C! 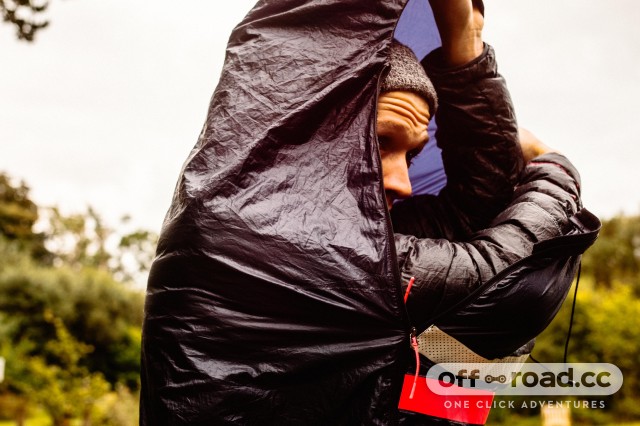 Up until now, we thought that real gravel riders wore lids without peaks. It seems that either Kask or ourselves are behind the times in terms of gravel fashion as they recently launch the Mojito X Peak helmet. They say the removable peak 'protects riders from rain, grit, gravel, mud and the sun’s glare, with a style that suits their ride.' 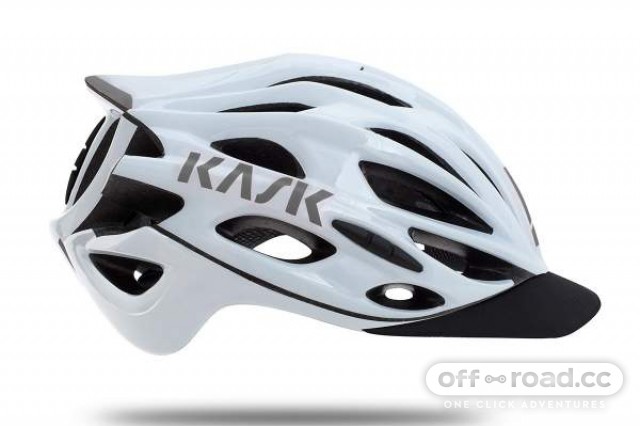 Our mates at road.cc got quite excited about the new Quoc gravel shoe when it was launched on Kickstarter. Road.cc said this was the first gravel specific cycling shoe, they deduced that the gravel features found were the 'specially formulated rubber outsole, designed to provide long-term durability and off-bike grip, with a chunky design for digging into the mud, along with 2-bolt cleat drilling which provides the benefits of a recessed cleat and dual-sided SPD-style pedal.'  Sounds like an XC shoe to us, but to look at it's certainly got a 'hipster' feel, does that make it gravel? Whatever it is, it looks like a chic, comfy number for off-road riding and touring. 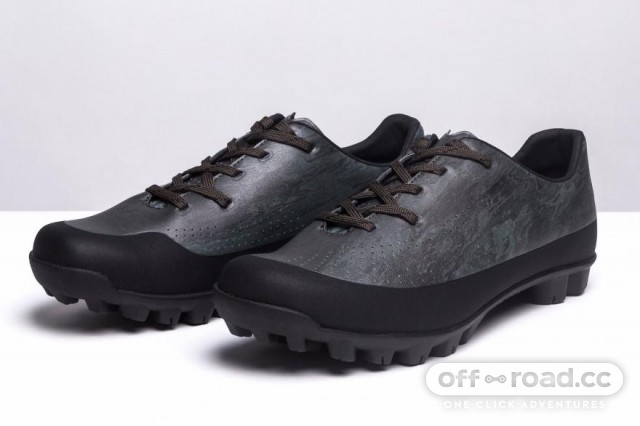 These aren't baggy baggies and don't have the properties of a good lycra chamois short, the Gravel Shorts from Showerspass are destined for those who want a tight fitting cycling short to wear as an outer layer. They are shorter in the leg, tighter at the thigh and with some reflective elements, of course, this screams 'gravel rider', hence the name..... Or maybe they are just a slimmer fit for those riders who don't want billowing shorts on faster rides. 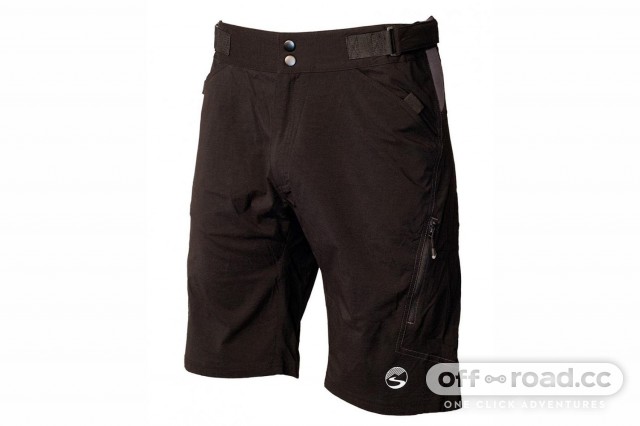 As above but from PEdALED. Enough said. 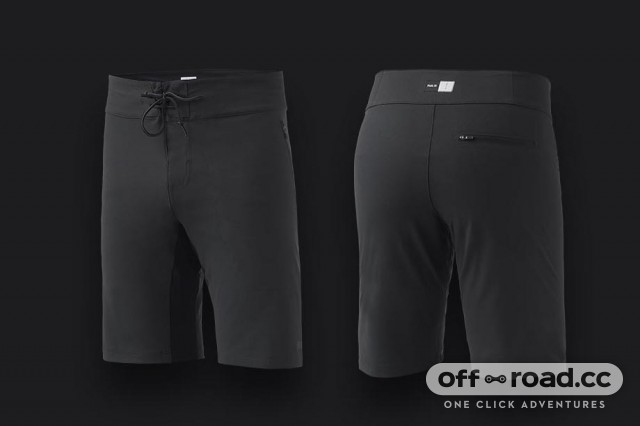 If we needed gloves to wear with our Quoc gravel shoes, we'd probably use these Giro D'Wool gloves. Now, Giro doesn't out and out say these are gravel gloves, that accolade comes from online stores Tredz and Evans. If you Google 'gravel glove' guess what's top (and second, and third, and fourth.....) on the list? D'Wool isn't some French term for sheep wool gloves, these are designed from the Giro DND mountain bike gloves but with added merino and reflective strips. Gravel-tastic. 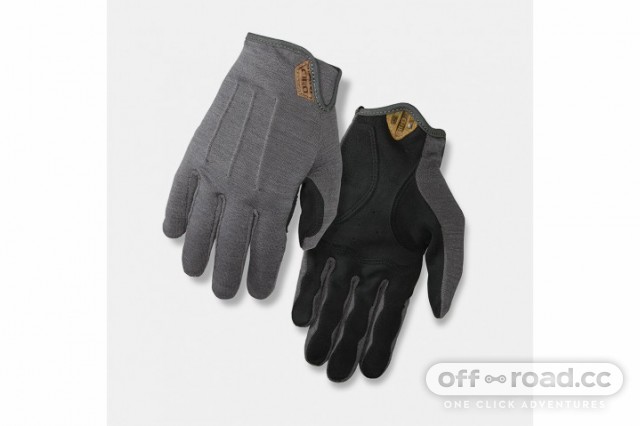 Us ladies don't get left out either, Vulpine have women gravel riders covered with these Gravel Shorts. They seem to be aimed at casual urban riders but for that added google SEO factor the brand has stuck gravel in the title. Interestingly, Vulpine reckon guys wearing the male version of these shorts will finish at the pub, whilst the ladies will have their 'head stuck in a good book'. How very ladylike of us.... 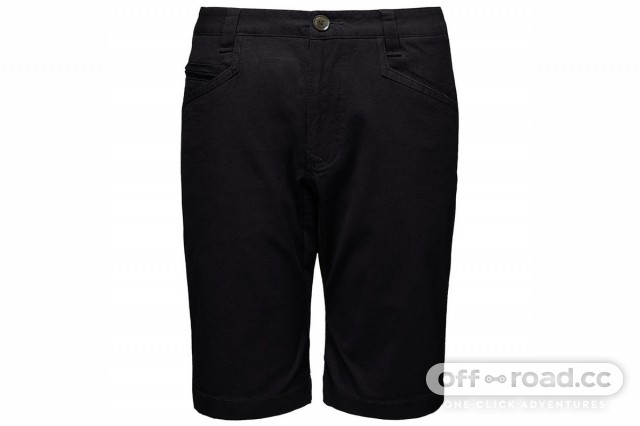 Mavic kindly reminded us of the other buzzword of the moment - allroad. For the road orientated gravel bikes, allroad is the key name allocated so it makes sense that there should be some specific gear available. Step in Mavic and the Allroad Collection where there are jersey's shorts, vests, shoes, wheels and tyres. There's more merino, fitted cuts and laces for 'off-road' riding and 'at-cafe' style. 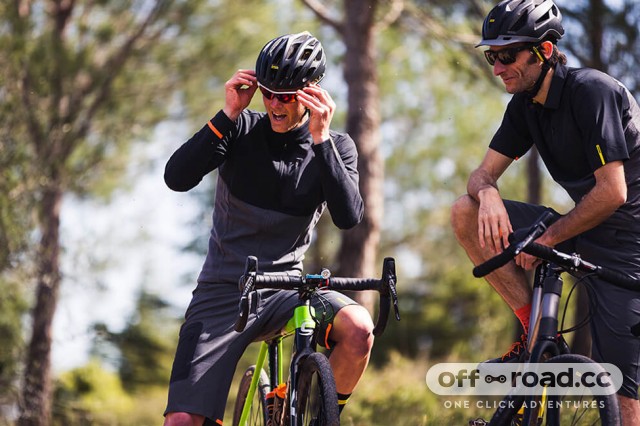 Pactimo has a separate section of their website designated to a selection of their products that they feel will best suit gravel riders. In that section are the Summit Stratos 12-Hour Bibs which they say were designed specifically for races such as the  Dirty Kanza and the Cape Epic. In terms of gravel, you can't get much more gravelly than the former of those two! Rather than out and out gravel, these shorts are for long rides aimed maximum confort for the adventurers amongst us. 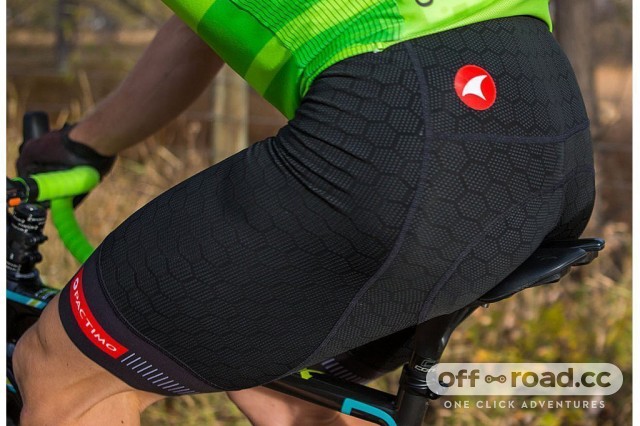 If we have learned anything by delving into the world of gravel specific stuff its that gravel means merino, a slim fit, long distance, reflective additions and also a bit of Search Engine Optimisation.

Have we missed anything? Let us know in the comments below and we'll add it to the list, something tells us it will only ever get longer!

"They say the removable peak 'protects riders from rain, grit, gravel, mud and the sun’s glare, with a style that suits their ride.'"

Oh yes for the grit, gravel and yes the mud that falls out of the sky

My oh my, how did I survive the past 3 years riding gravel while I don't possess a single one of those items?

Umm, you seem to have left off the prices. Or is that what "gravel" really means? If you have to ask etc?