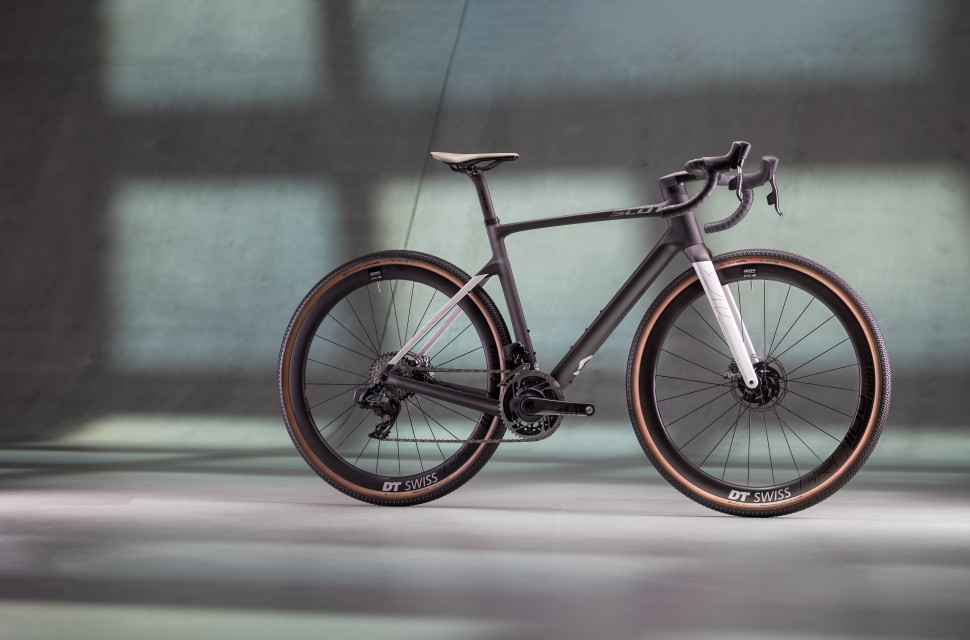 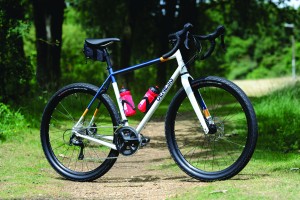 SCOTT's brand new gravel bike, the Addict Gravel has spent years in the making, having received a complete overhaul. It comes sorted with a fresh geometry, more tyre clearance, and never-before-seen cable routing, with a super lightweight frame. We've got all of the details.

With the Addict Gravel, SCOTT has aimed to create a well-balanced geometry for as much control as possible, even down seriously tricky and narrow tracks. The reach has been increased, a longer fork rake, a lower bottom bracket and a shorter stem with the goal of making a more agile and stable bike off-road while still offering an efficient pedalling position.

Check out Dave's first ride impressions in the video below. 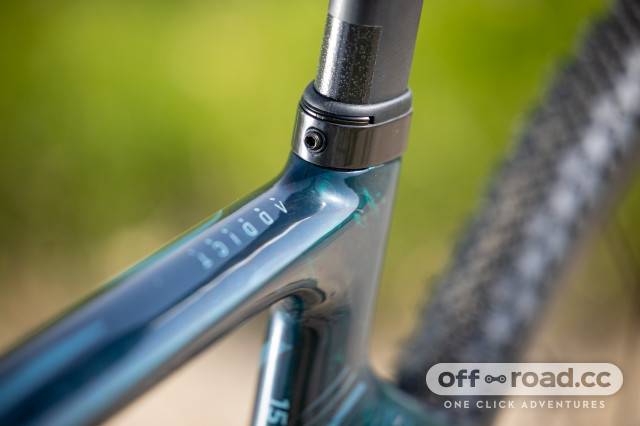 Along with the shape, SCOTT has expanded the tyre capacity on this bike to 45mm, so riders can take advantage of the extra grip and comfort that fatter tyres have to offer.

The road-going SCOTT Addict is known for its lightweight frame and that's no different with the new Addict Gravel and with the bike's intended use in mind, the brand claims to have created the strongest road carbon frame it's ever built. This has been done with special layering and reinforcement in specific zones of the frame, resulting in a frame with a claimed weight of 930g. The fork then weighs 395g, it's said. 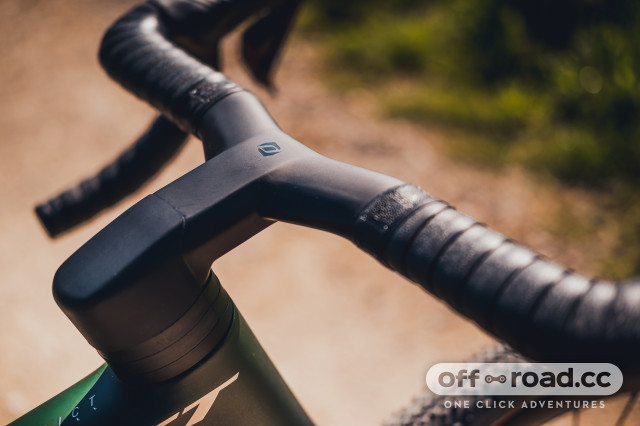 Pushing boundaries that bit further, the Addict Gravel gets some serious cable routing for both mechanical and electronic shifting. The bike uses kit from SCOTT's inhouse brand, SYNCROS, and specifically the new Creston iC SL X cockpit which combines ergonomics, compliance with a weight of 335g. 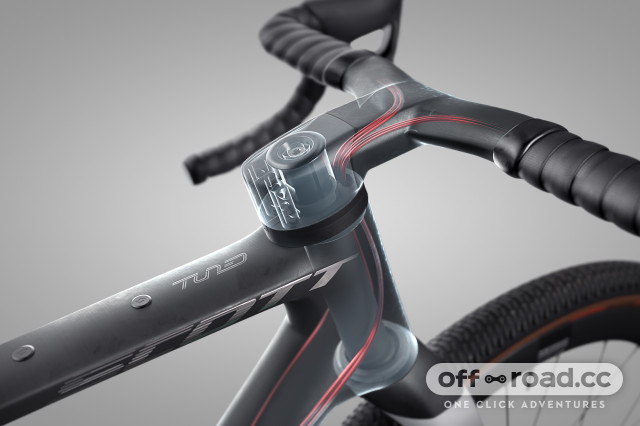 The top of the bar has been recessed too, allowing for the use of thicker bar tape, offering more shock absorption. Though the move to this level of integration isn't just for looks, it also improves airflow, provides more space for pack mounting without cables free to rub.

If a touch of adventure takes your fancy, the Addict Gravel is well equipped to join you. It's kitted with mounts for a bolt-on top tube bag along with a mount on the underside of a downtube, prime for an extra bottle cage or spares. Then, there are two spots inside the front triangle for bottle cages and there are mounts for fenders both front and rear. Although, the fenders reduce to tyre clearance to 40mm.

Another neat frame feature is that it uses SCOTT's patented airfoil design applied to the main tubes. This is designed to optimise airflow and reduce drag without compromising comfort. Then, the frame can fit either a 160/180mm brake rotor up front and a 160/140mm rotor at the rear. The bike is also compatible with both one and two-by drivetrains. 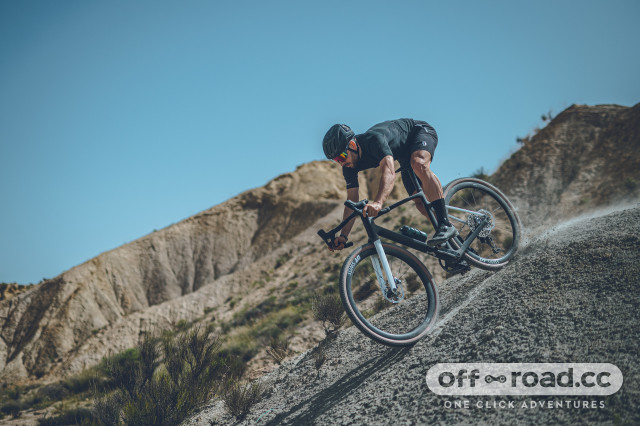 There are five models of the Addict Gravel to choose from, including a Contessa model which gets all of the same tech as the SCOTT version, but with women's specific contact points and a different colourway. There's also a Tuned model that comes sorted with a Quarq power meter.

Our very own Dave Atikinson met up with SCOTT-sponsored rider, Scotty Laughland to take the bike for a quick spin. This is what he says. 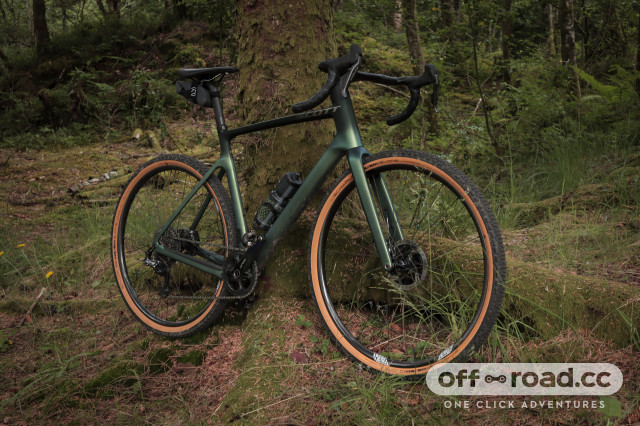 "I got the opportunity to spend some time aboard the new Scott Addict Gravel the day before the launch. The bike I was riding wasn’t a stock build, it was Scott-sponsored rider Scott Laughland’s bike, which he’d built up with a GRX Di2 groupset and a carbon wheelset from Canadian outfit We Are One, with 50mm Schwalbe G-One Ultrabite tyres (5mm more than the recommended maximum but they fitted fine). The bike weight with pedals was around 9kg, which was immediately noticeable when swapping between the Addict and the all-steel Fairlight Faran 2.0 that I’m currently riding and reviewing. 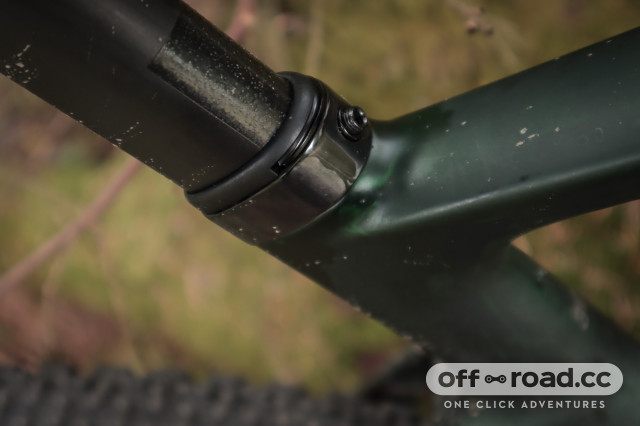 Those two bikes are at opposite ends of the gravel spectrum, with the Faran aimed at loaded touring and bikepacking, and the Addict firmly at the faster end. You can still fit a frame bag and a seatpack, of course and there are mounting points for a top tube bag and a third bottle under the down tube, as well as some hidden mudguard bosses. It’s an incredibly neat bike to look at, with everything running internally through the Creston iC SL X cockpit. 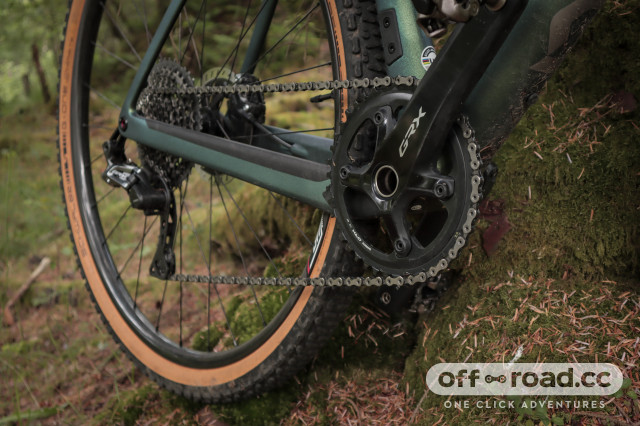 The ride of the Addict Gravel is best described as purposeful. It’s a reasonably long and low position, and the long fork rake and reasonably slack head tube angle mean that it feels very composed and planted on the climbs and the descents. Even on steep, scrabbly climbs the bike goes where you point it, with the front wheel hardly wandering from line. The light weight of the bike is obviously an asset going uphill, and on the downs it’s easy to flick from one line to another. A rigid carbon bike isn’t ever going to be the most comfortable way to ride off-road but the Addict coped well with mixed surfaces from graded gravel to rockier, semi-technical. 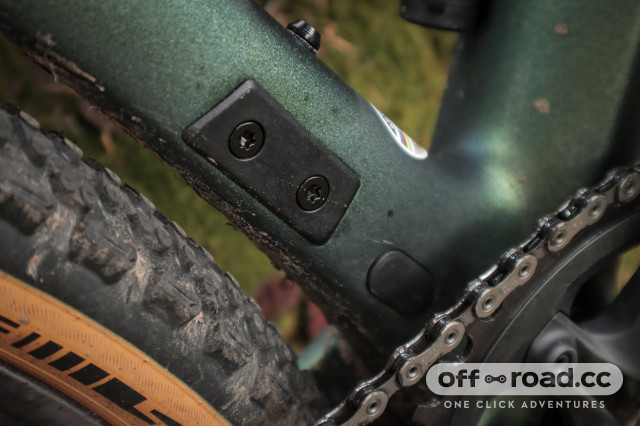 I didn’t have anywhere near enough time on the bike to form anything other than a first impression; Scotty wanted it back, unsurprisingly. But if your ambitions for gravel are to go fast, and you’re into the clean road bike aesthetic that the Addict Gravel is bringing to the table, then it’s definitely going to be one for a closer look."