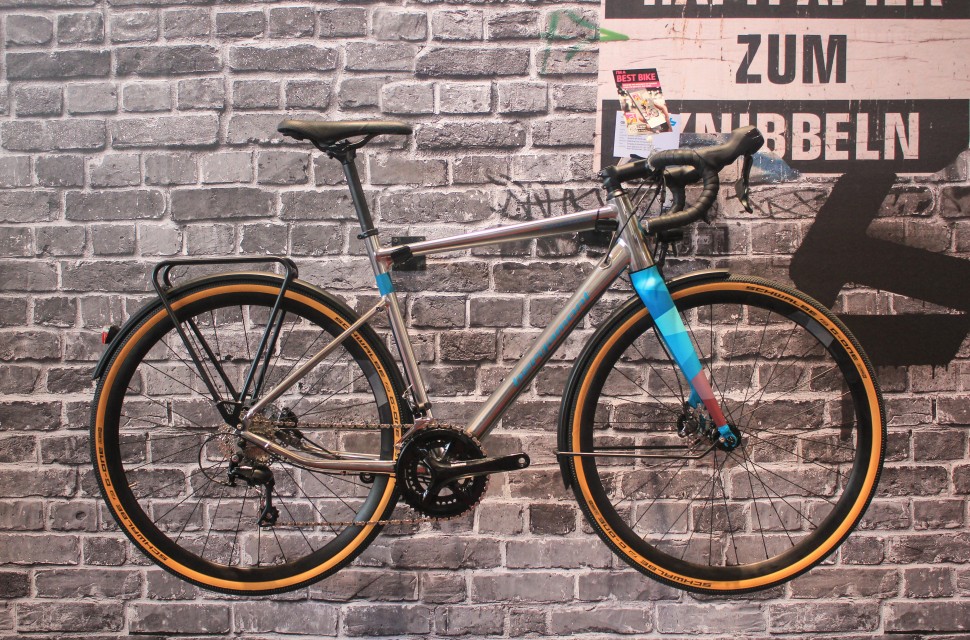 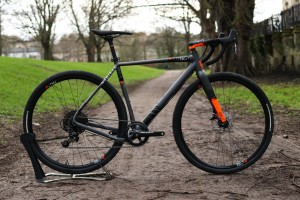 We know your guys love a good gravel bike so we come up with a list of gorgeous gravel grinders that we think would look great in any garage. These bikes caught our beady eyes at Eurobike earlier in the year, whether that be for the hype, the function or just looks alone. If you aren't on the gravel bus yet, maybe one of these beauties will tempt you...

We took a first look at this sleek, chic gravel bike whilst we were at Eurobike 2017. The first Open U.P. was one of the first gravel bikes where wider (2.1”) tyres could be fitted, calling itself Gravel Plus. Developing all the time, Open now produce three different bikes using the same carbon frame: firstly the Classic U.P. using forks from company 3T incorporating post mount disc brakes, the new U.P. with flat mount disc brakes and lastly the Superlight U.P.P.E.R. These bikes all share the same geometry and tyre clearance but differ in carbon layups, disc brake mounts and thru-axles. 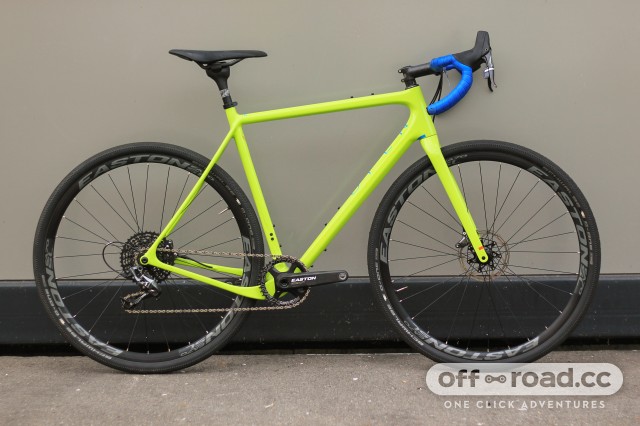 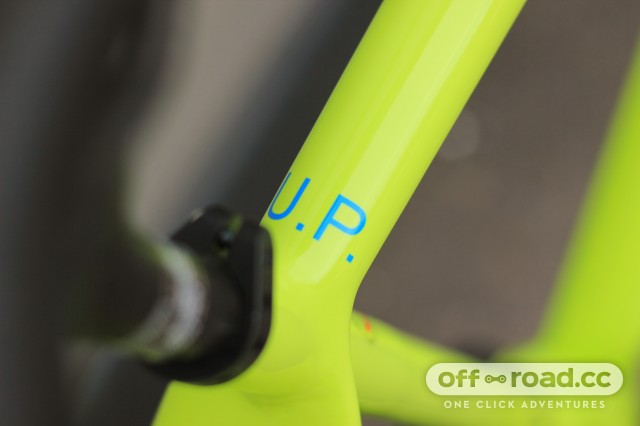 Just last week the guys at Merida paid us a visit and talked us through their exciting new bike, the Silex, you can watch that video here. We learnt that the new Silex is one of the new breed of bike that blurs the lines between an adventure bike, a gravel racer and a sort of do-it-all drop bar machine that can either partner a road or mountain bike. It can handle all the luggage you can throw at it, has a super long head tube paired with a short stem to emulate a position more favoured towards mountain bikers and it has plenty of frame clearance too. Merida says it'll fit large 700c x 44mm rubber too. 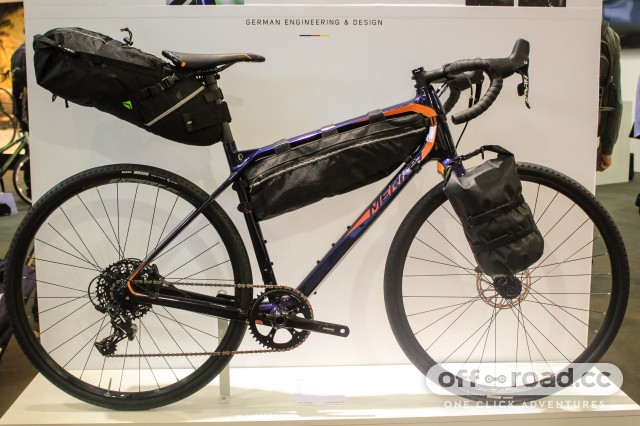 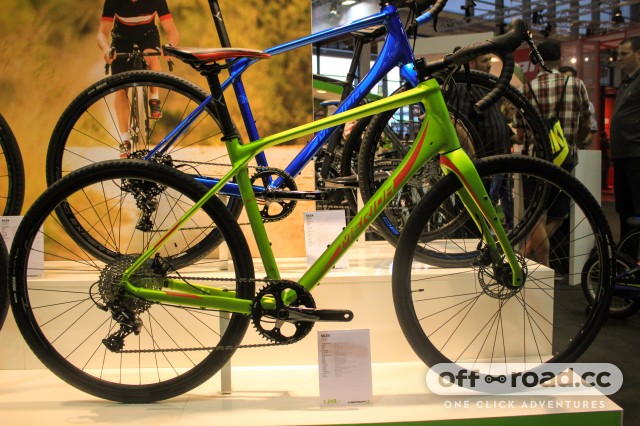 "Oh my god" is right! Could Rondo have reached the pinnacle of gravel bike aesthetics here with the new range of Ruut frames? We've worked quickly and already got the base model (the Ruut AL) in for review, the first look at the aluminium version of the bike is here. The Rondo features an interesting flip chip near the axel of the forks which changes the geometry of the bike by altering the axle height and therefore the head angle, seat post angle, bar height and the trail. Simply choose from the high position and a slacker bike with an endurance bias and the low position which gives a steeper head angle and a racier feel. 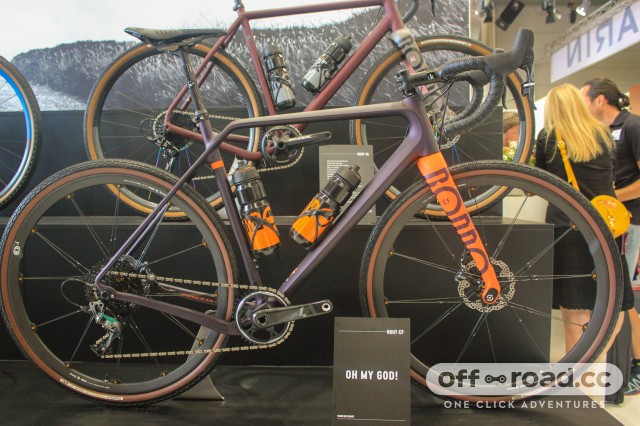 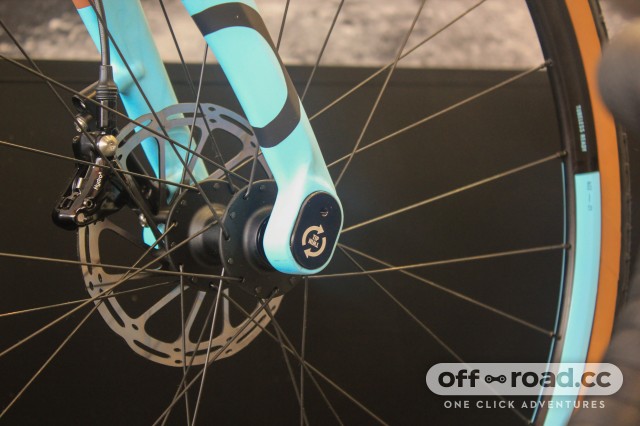 The Mashup looks like a mountain bikers gravel bike. It's full of all the normal drop bar goodness and is complete with a 30.9in diameter dropper post, thru-axles at both the front and rear and room for relatively chunky tyres too. The bike on show at Eurobike was a prototype so there weren't any final geometry or specification details available, we'll have to wait until 2018 for more..... 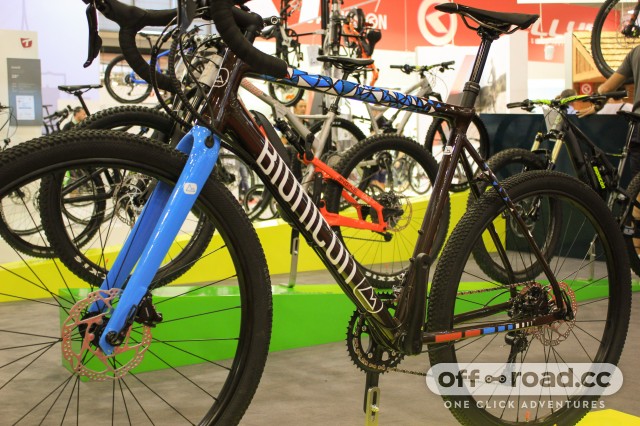 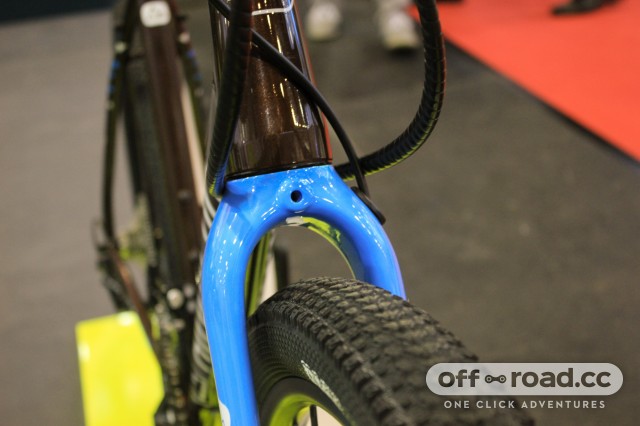 Koga, unfortunately, isn't a brand you can purchase in the UK but that didn't stop is oogling this Colmaro from the Dutch bike manufacturer. Looking at the geometry and spec of this one though, we'd say it was still sitting pretty close to its cyclocross brothers with a 72.5 degree head angle and relatively racey geometry. Termed a  'gravel racer' it's bike with the ability to carry a load of gear and be a useful tool in a long distance race situation. 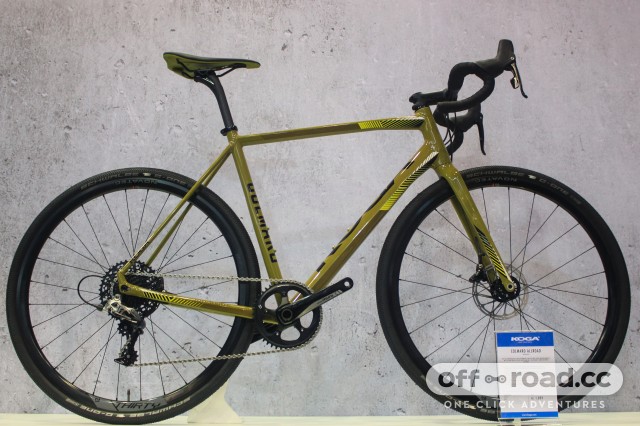 Bergamont had a large number of these Grandurance bikes on display at Eurobike, we were drawn in by the flash forks and the huge array of spec and discipline options on offer. The Grandurance is available in carbon, steel and aluminium and comes in various guises from road racer, gravel explorer, cyclocross racer, flat bar commuter and pure adventurer. The carbon bikes are able to fit tyres up to 37mm, have all the fender mounts you need, thru axels front and rear and is built in 5 different sizes. All feature a plain coloured frame paired with a jazzy fork -  which we really liked! They are all fitted as standard with the front fender you see in the photo here too. 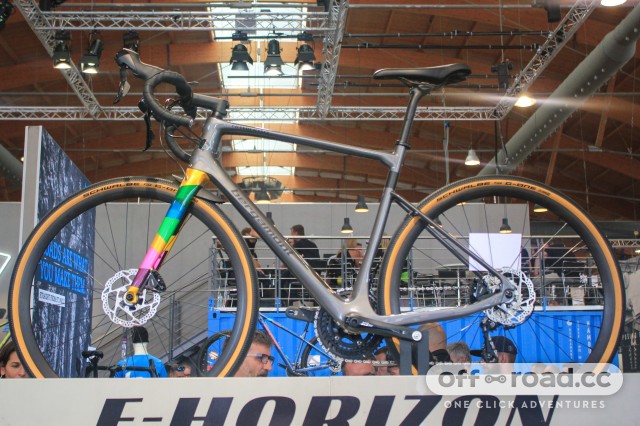 Aluminium versions of the gravel bike keep the colourful carbon forks, the same geometry, sme tyre clearance and the thru axels but just in a lower price package. The aluminium 'touring' bike comes complete with LED front light and dynamo front hub, full mudgurads and rack, and quick release axels, the cheapest tourer can be bought for just under 1000 Euro's. The carbon bikes range from 2,800 to 2,200 Euro's and the alloy versions sit either side of 1,400 Euro's. 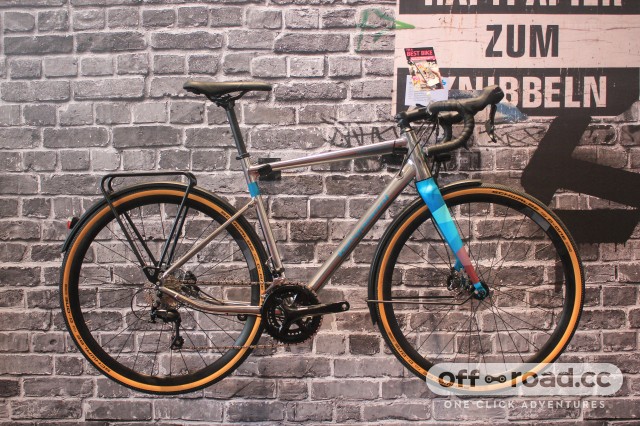 The Scott Addict, usually a formula applied to super fast road bikes, is now filtering down through cyclocross bikes and, for 2017, right down to the fire road spinning gravel bikes. In its gravel form the Addict shows off relatively relaxed geometry, the ability to run a 1x or 2x drivetrain and the room to fit 35mm tyres on 18mm internal width rims. There are three specs on offer, the Addict Gravel 10, 20 and the 30, with the cheapest weighing in at a claimed 8.8kg, but a with a not too cheap price tag of £3,300. 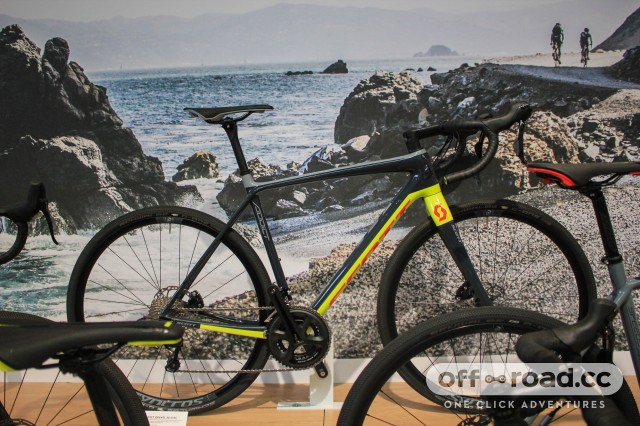 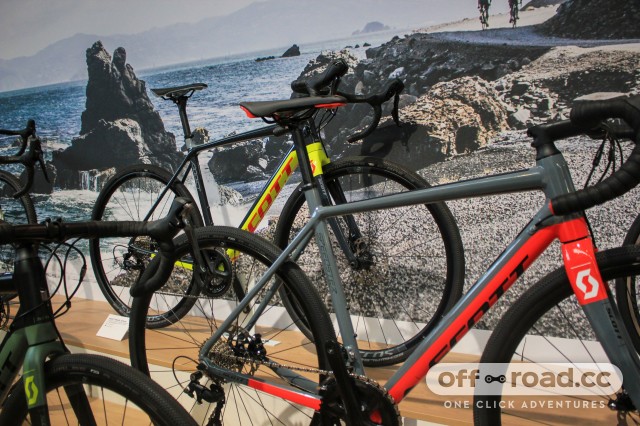 We have previously taken a look at the Marin Gestalt 2 (2017) and our reviewer found it to be "A cracking bike for anyone wanting a versatile machine that'll do everything from commuting to gravel grinding". The Gestalt 2, at under £1,000 proved itself to be a great choice for Cycle to Work Scheme participants too. The bike pictured below is the 2018 Gestalt X11, the top of the range alloy bike but one still not breaking the 2K mark. It's equipped with carbon forks, a SRAM Apex 1x 11 drivetrain, hydraulic disc brakes, rack mounts and the capacity for larger tyre volumes (35mm). This little bike looks like it will turn its hand willingly to most jobs without so much as a blink of an eye. 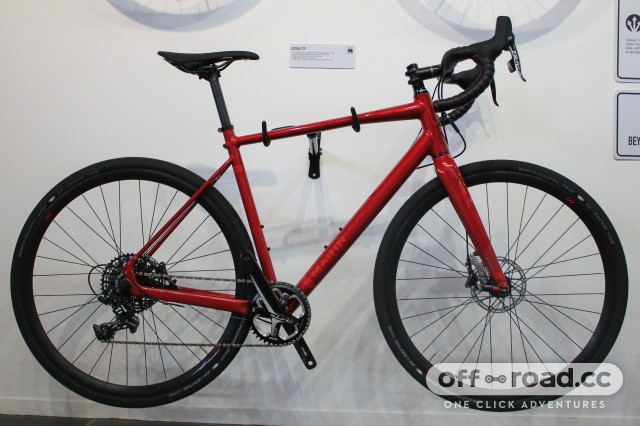