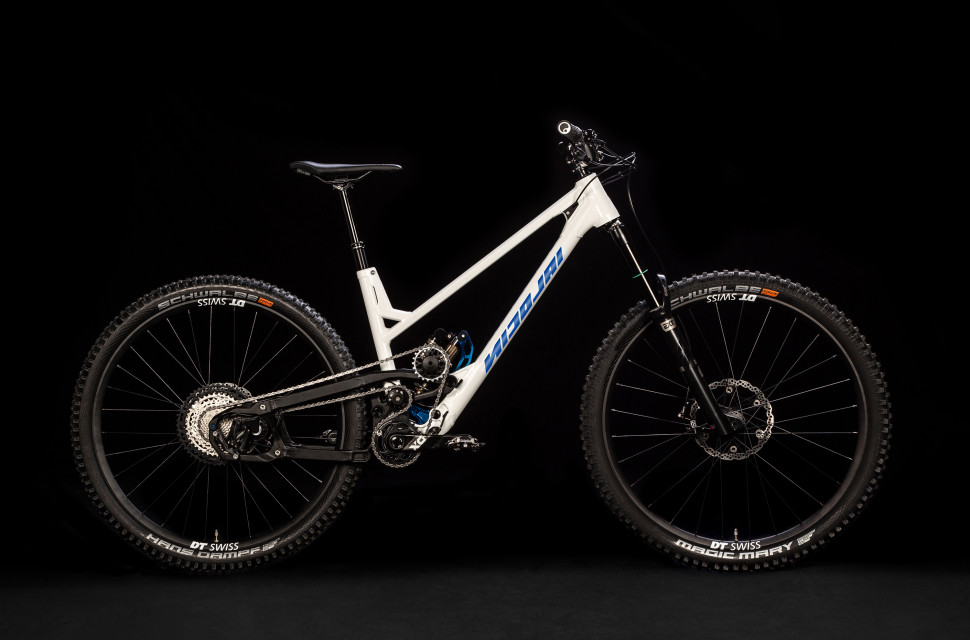 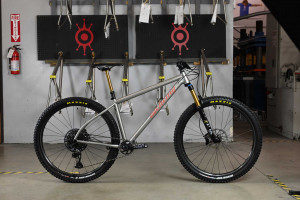 Late last year Lal Bikes showed off the brand new Supre Drive, a bike with its derailluer hidden well out of harms way within the rear triangle, having hinted that a bigger brand has taken on the tech. Today, Nicolai has stepped out, launching the Nucleon 16 equipped with that interesting drivetrain and a high pivot. Here's everything you need to know.

Starting off with the good stuff, Nicolai's brand new enduro bike, the Nucleon uses a unique drivetrain system that we've seen on the Lal Bike Supre Drive. For those who aren't in the know, essentially, the derailleur is nestled within the rear triangle, well out of the way of any mech-destroying rocks. 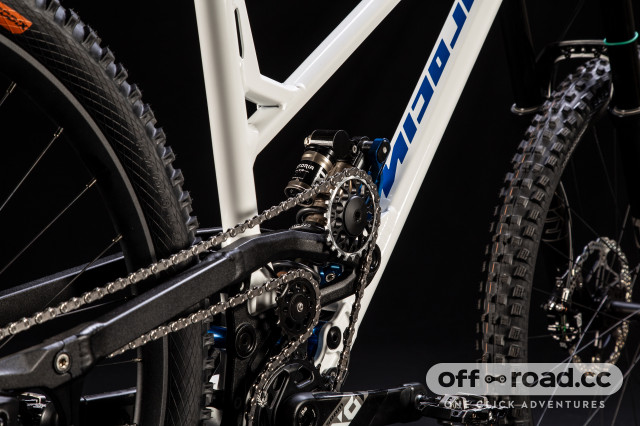 Nicolai claims that high-pivots have a clear advantage over their lower pivot counterparts, stating that they're just faster while descending over technical terrain. This is because the rear wheel moved rearwards, as mentioned before, as well as upwards as expected. The rearward axle path allows the rear wheel to follow the impact angle of a root, or rock without hooking up.

The hidden mech isn't all about drivetrain protection, however, as it also works in tandem with the high-pivot built onto the bike. Full suspension mountain bikes with a reward axle path, like the Nucleon 16, often suffer from a phenomenon we call 'chain growth' (not to be confused with chain stretch, or a worn/wearing chain). As the suspension moves through its travel, the unloaded, lower portion of the chain effectively grows, hindering the suspension's performance. The Nucleon's design guides the upper chain to the rear wheel via an idler pulley near the swingarm's pivot point, minimising pedal kickback. 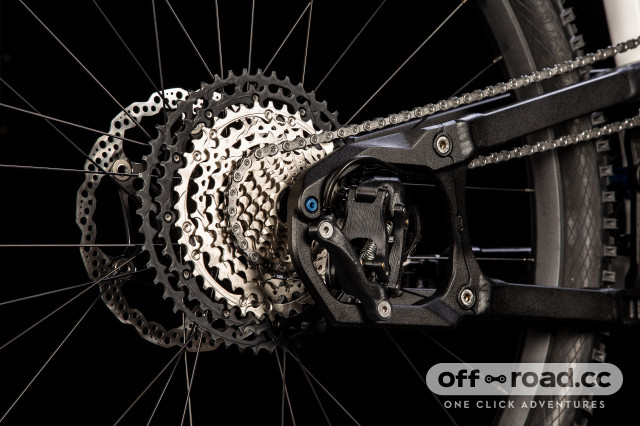 Then the lower chain is aligned with the swingarm pivot, ensuring that there's no change in its length during compression, reducing the chance of chain slap, improving shifting and slowing down the rate of wear, says Nicolai.

Unlike previous versions of the Nucleon which were equipped with modified Rohloff hub gears, this system allows the bike to run a traditional-ish mech, offering up a full 510% range over a 12-speed cassette. 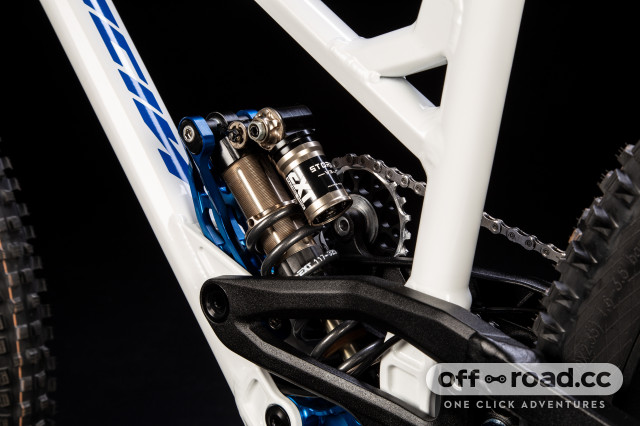 As you can imagine, this suspension design is pretty unqiue and to match it, Nicolai has fitted a shock with a custom tune. The brand says that the damping is speed-dependent, helping to reduce chain slap without increasing shifting forces, claiming that it's superior to a derailleur's clutch. The bike's chain tensioner is then configured to ensure that chain tension is even over the spread of gears.

We've already gone over the rather special mech on this bike but to go into it a little more, it's chain tensioner (the lower pulley) has been detached from the main body, therefore making it smaller. This is how the mech is able to sit inside the rear triangle, allowing it similar performance to a gearbox, says the brand. 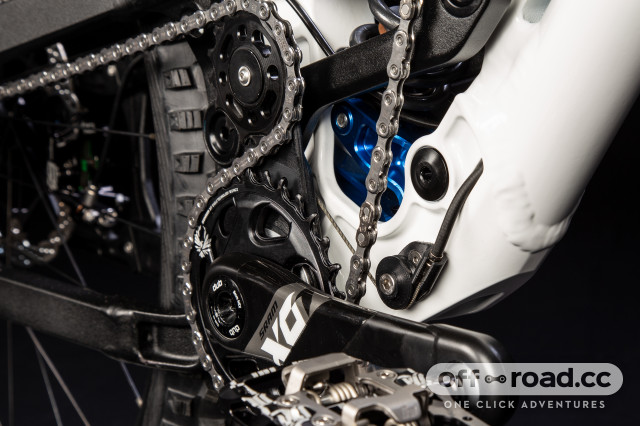 Nicolai recognises that more pulleys equal more resistance in the drivetrain and the same goes with smaller sprockets. As such, the bike is built with larger pulleys to reduce this effect.

With a shock sag of 40mm, the Nucleon gets an anti-squat of 155% in the largest gear, this is to counteract the larger forces put into the bike when pedaling while standing on the bike. Though, as pedaling is more frequent in the easier gears, and it's usually done while saddled it gets a lower figure in this area. There's also 90% anti-rise to keep the bike level while braking.

The single pivot bike is kitted with an EXT Storia coil shock and it's available with two stroke lengths, offering either 165mm or 178mm of rear travel. It can also be equipped with 29" wheels, or a mullet set up with a 650b hoop in the rear if that's more your style. 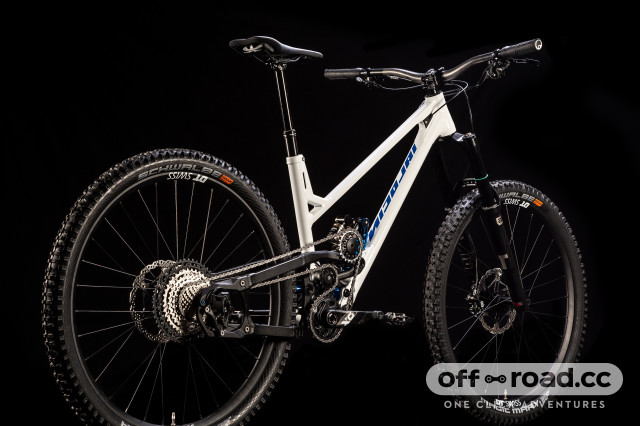 Onto the 7020-T6 aluminium frame, and it's a rather different looking affair from Nicolai, especially for those who are already aquainted with the Geometron bikes. The Nucleon rocks internal cable routing, extruded cross-section tubing, an integrated bash guard, a seat tube brace and an integrated seat clamp.

As for the geometry, that's a little more 'Nicolai' with a medium frame receiving a 490mm reach and will bikes getting a 64° head tube angle and a 78.3° seat tube angle. There's then a low 668mm standover. With this bike, Nicolai wanted to create something that's fun and agile but without sacrificing all-out descending performance.

The Nucleon 16 is available in sizes from S up to XXL and is available as frame only without the EXT Storia shock for 3,099 euro with prices going up to 7,500 euro for a full bike. Nicolai claims that the bike in a medium size weighs 16.6kg however, as the weight has been taken from a bike with prototype parts, the brand says that we can expect the production model to be lighter.