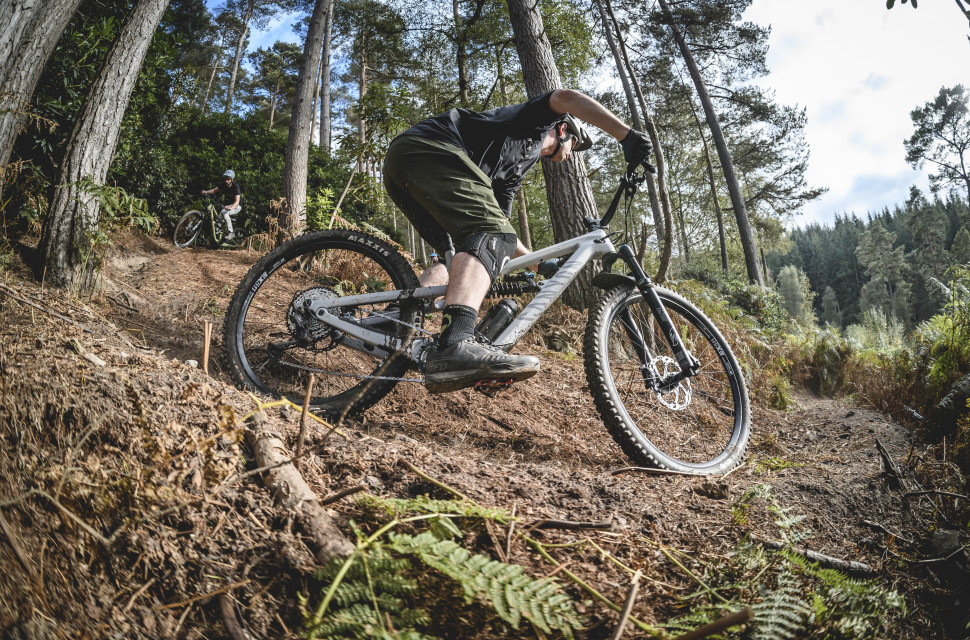 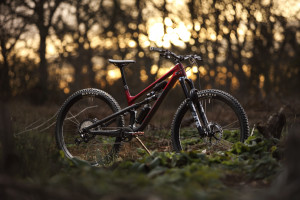 Canyon widens the Spectral family for 2022
The Spectral now gets all of the wheel sizes, an alloy option and new CFR build

Canyon has just launched the full 2022 Spectral range, gracing it with a host of wheel size options, an adjustment to the bike’s suspension travel and has added a mullet bike to the range. That bike is the one that Canyon invited us to ride in Surrey and here are our first ride impressions.

New for the Spectral range is a choice of 650b or 29” wheels on nearly every model, apart from this one and every bike gets 160mm of travel at the front and 150mm at the rear. If you’re after a deeper dive into the details of the new range, click here to see the news. 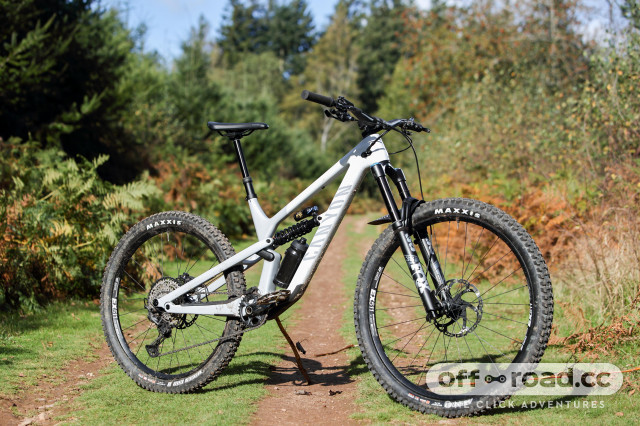 As for our test bike, we’ve got the Canyon Spectral CF8 CLLCTV and if you’ve not guessed already, it’s the mullet bike in the range.

To create the mullet bike, Canyon hasn’t been cheeky and just slapped a 650b wheel in the back, or messed with the rocker link. Instead, the front and rear end of the 650b and 29” bikes have been made to be modular. This means that the brand only needs to bolt both ends together to make the bike accept a mullet setup. 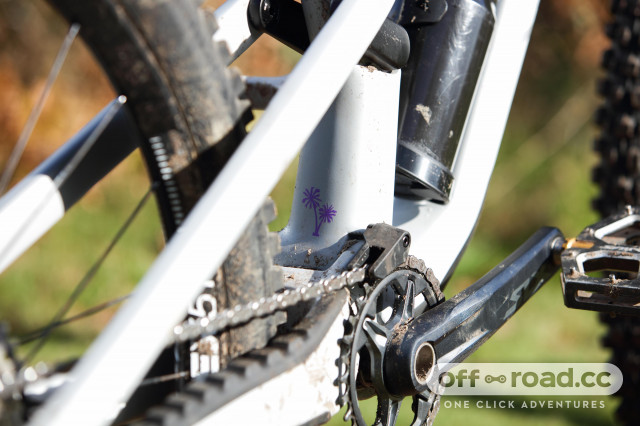 This also means that the Spectral CF8 CLLCTV retains the exact same geometry as the conventionally wheeled bikes. However, it must be noted that the rear end isn't available as a standalone purchase.

While we’re on the subject of geometry, it hasn’t changed from last year and as a fan of last year’s bike (see the review here), that’s no bad thing. As before, it comes sorted with a 64.5° head tube angle, a 76.5° seat tube angle, a 437mm chainstay, and a 460mm reach on a medium frame. That's with the flip-chip in the 'HI' position.

Not only is the Spectral CF8 CLLCTV a bit of an out liar in the fact it’s a mullet bike but it also gets a special build. It’s a bike that’s made to get a little extra rowdy so it has been put together to cope with bigger hits and heavier riding. 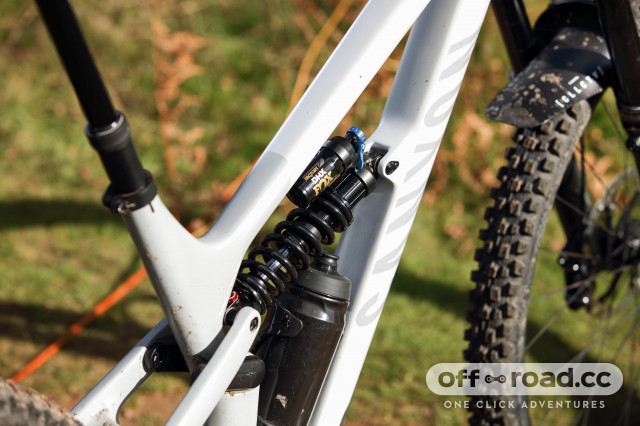 The choice to go for a coil shock on the mullet bike is quite an easy one. Generally, the rear end of a mullet bike tends to be livelier and more reactive to square edge hits because it’s a smaller wheel. The Spectral CF8 CLLCTV makes use of a coil shock’s known smoothness to calm down that rear end. 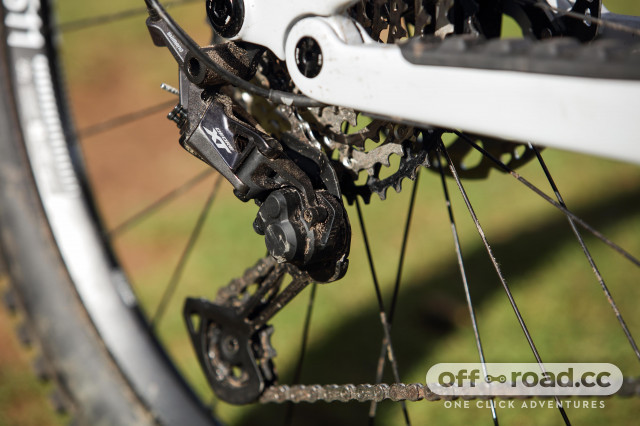 Moving onto the groupset, this bike comes kitted with Shimano XT 12-speed shifting with an SLX cassette that should keep the price down a bit but the performance high. The brakes also come from Shimano and the XT lineup with brakes matched to four-pot calipers. 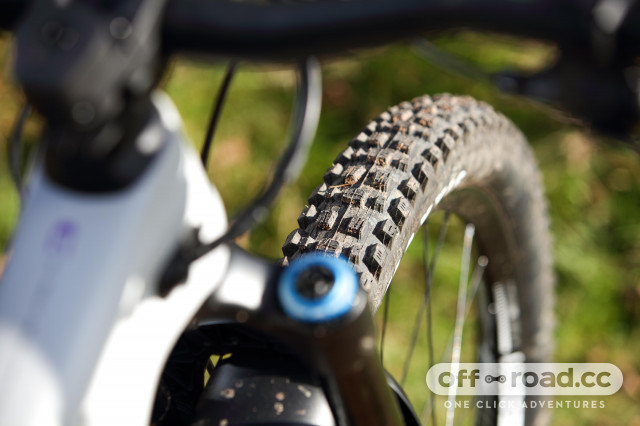 In keeping with the bike’s heavy hitting intentions, it rolls on a pair of DT Swiss EX 511 rims laced to 370LN hubs and they’re wrapped with a 2.5” Maxxis Assegai at the front with an EXO casing and a 2.4” Minion DHR II at the rear with an EXO+ casing.

Finally, the cockpit. This bike comes with a 780mm bar with a 40mm stem both from the brand’s G5 range of components. These bits of kit have been designed especially for Canyon’s bikes and made to stand up to Category 5 testing, meaning that if you want to, you could ride Rampage with this kit and make it down alive… The kit at least. 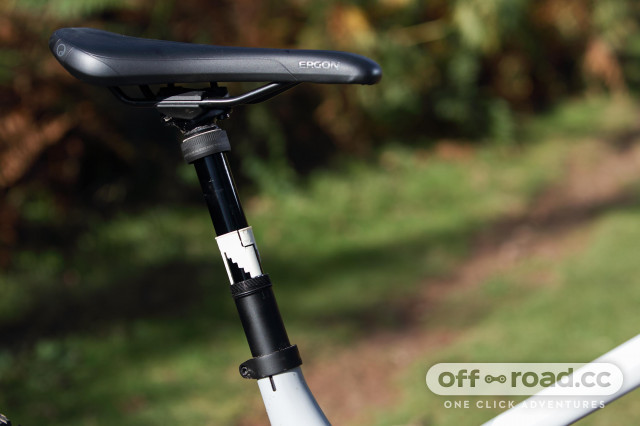 What is especially good about the finishing kit though, is that the G5 Dropper Post comes with up to 25mm of travel adjustment, using a very similar method to what we saw on the PNW Loam Post. It uses a turnable shim that’ll allow you to limit the post’s travel in 5mm increments.

Canyon has built the post this way as it allows riders to size up easier. If you go for a bigger bike, you can adjust the travel so the saddle won’t rise as high and you'll fit better over it with the post at full extension.

All of that will set you back £3,900. Now, with the kit out of the way, let’s get onto some ride impressions. 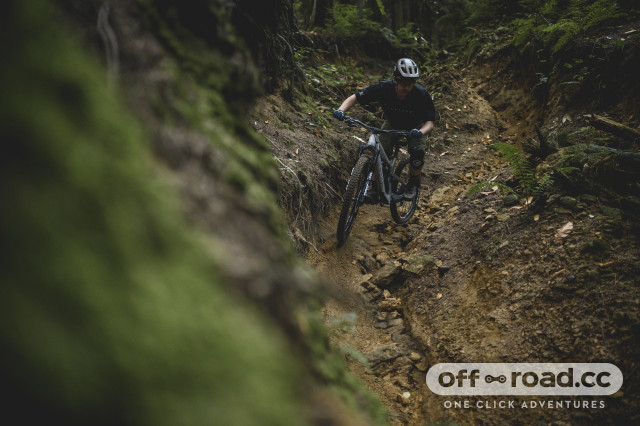 Although the most different of all of the bikes in the new Spectral range, the Spectral CF8 CLLCTV still rides very much like a Spectral. Although, the changes it has received, the mullet set up and coil shock, makes some pleasant differences that make the bike more of a party animal when you point it down a hill.

Now, the move to a burlier, enduro focused, wheelset and a coil shock definitely add a noticeable heft to the bike when stood still. A whole, 1.3kg in fact compared to the regular Spectral CF 8, which weighs in at a claimed 13.8kg. Though, thankfully the extra weight is well hidden under pedaling.

For this First Ride, Canyon invited me to one of the team's favourite spots in the Surrey Hills which saw an impressive range of trails. Most of which were soft loam with spatterings of chattery roots and steep sections thrown in, we even saw a rock-strewn gulley which really got the suspension working. The bike also saw some time over at my favourite spot in the Forst of Dean that essentially, is much of the same. 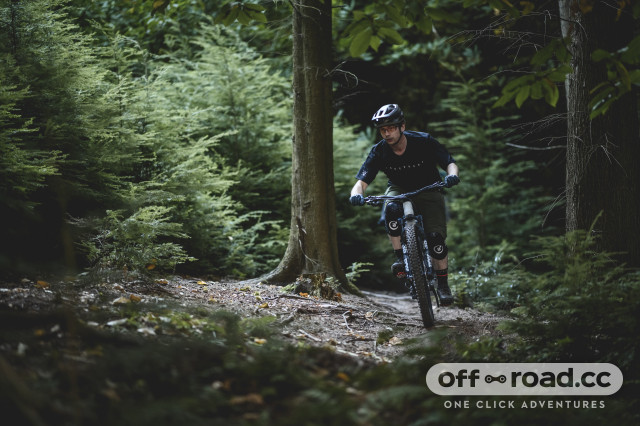 As before, the Spectral CF8 CLLCTV pedals really well but the suppleness that comes as a result of the coil shock does hurt it a little. It’s clearly a touch bobbier than an air shock and it saps some energy but there is a lock out switch if you feel you need to keep that bob in check.

However, if you were to leave that shock open, the rear wheel is allowed to track the ground incredibly well. All manners of trail chatter are absorbed by that coil shock, making some trickier climbs that bit more manageable.

Where that new rear end really shines though is on the downs. The smaller rear wheel gives you an awful lot of room to shift weight rearwards down steeper trails and it makes what was already quite a playful bike, even more so. 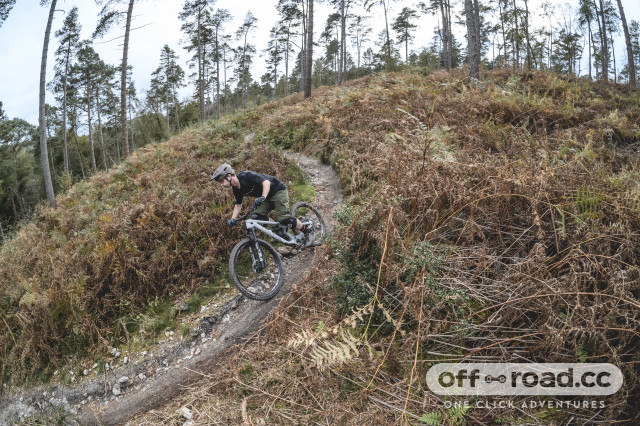 Slapping the rear of the bike into a corner is made even easier than before because of that small wheel and there’s a noticeable increase in acceleration when you smash on the pedals. Is it enough to persuade me off of my usual 29” preference? Not really, but if you’re after a slightly more agile ride from a Spectral, the Spectral CF8 CLLCTV is the way to go.

It would be easy to fall into the thought that a coil shock would suck some of the fun from the 650b wheel and to a point, that is the case. It’s not as wild a ride as it would be with an air unit. 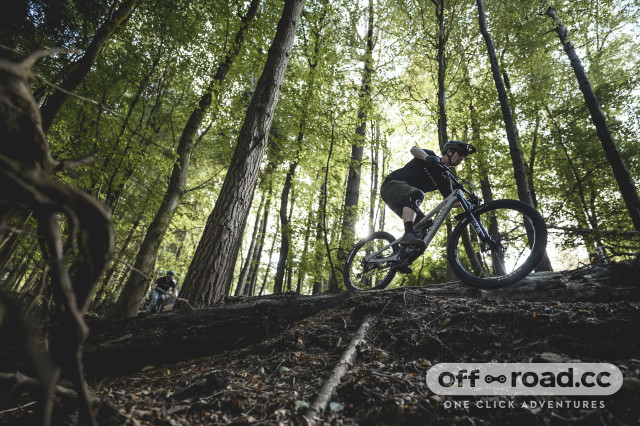 One criticism I have with last years Spectral is that the Triple Phase Suspension kinematic works to make the rear end with an air can super playful and if that’s what you’re looking for, it’s great fun. However, I found that it made the bike feel a little unbalanced in chunky stuff, as the fork is better composed than the rear.

In practice, the coil shock adds a whole load of composure to the rear end, helping it to cope with square-edged hits and general roughness, essentially smoothing out the trail a touch more. It makes the bike feel more balanced and I’ve found that the supple rear end has had me going quicker through chunky sections with an awful lot more confidence.

So to conclude this First Ride, the 2022 Canyon Spectral CF8 CLLCTV still very much rides and looks like a Spectral but its burlier build and coil shock make it a bike that’s more comfortable to ride quickly over the rough stuff. Then, the mullet wheel setup claws back some playfulness, acceleration, and the fun factor that the Spectral is known for.