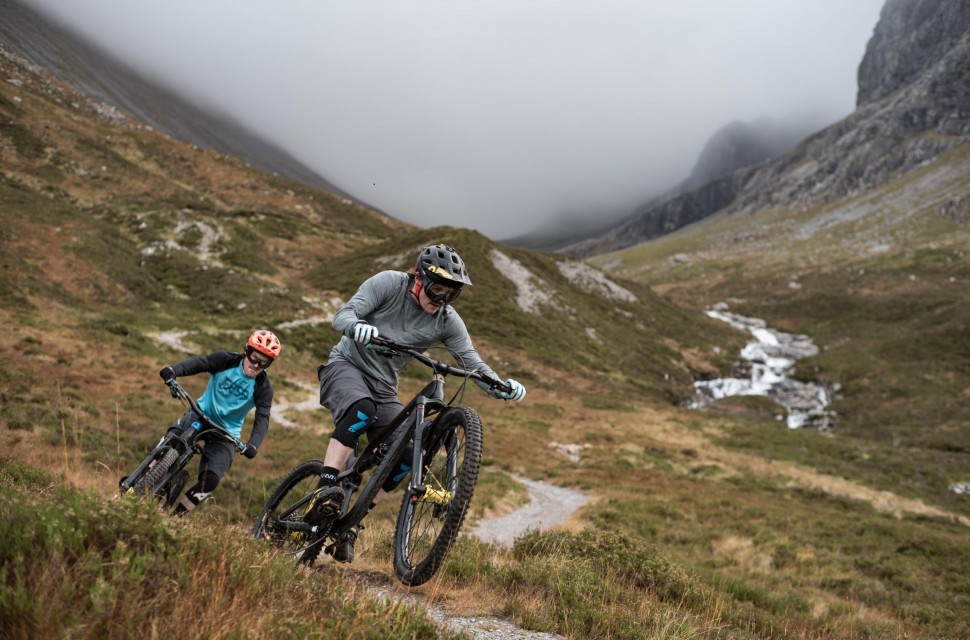 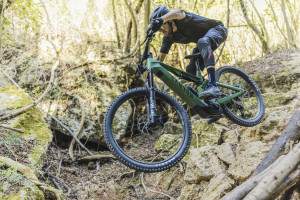 First Look: Canyon's Offspring AL 16 is the bike your younger self wishes it had
Super cool quality ride with odd sized wheels

First Ride: 2018 Canyon Spectral CF
An impressive update to one of our favourite trail bikes

German direct-sales brand Canyon has just released the 2018 version of their very successful Spectral trail bike into the wild and it's seen a complete overhaul, with a new suspension layout, gently tweaked geometry and the ability to run 2.4" or 2.6" rubber on 27.5" wheels.

The biggest departure from the old bike is that the shock is now mounted to and driven by a small link mounted to the top tube, rather than the previous design which had a rocker link driving a shock mounted near the bottom bracket area. That's allowed Canyon to improve standover clearance across all the frame sizes, with five options ranging from XS to XL. It's also claimed to reduce stress on the bearings. 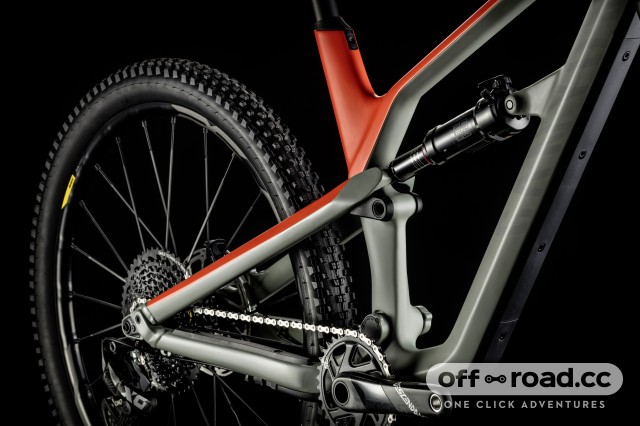 Most importantly, the suspension characteristics have been changed too. There's still 140mm of travel at the rear from a four-bar design paired to 150mm up front, but the pivot on the chainstay has been moved noticeably up and forwards. The bike also runs a longer stroke shock than before, though the XS and S frame sizes run a custom kinematic and shorter shock to better suit smaller and lighter riders. 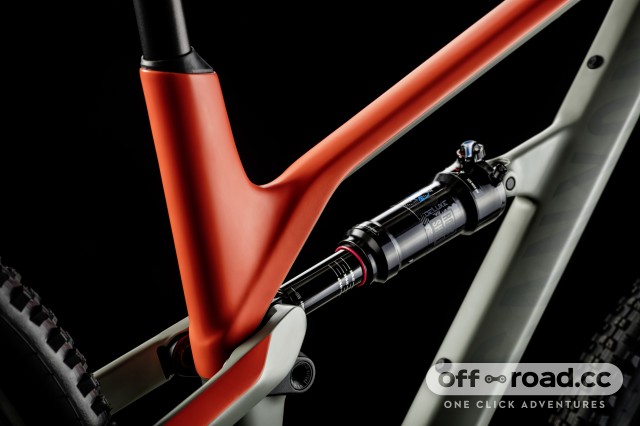 The suspension is now much more progressive at the end of the stroke, with a greater degree of anti-squat at the start for improved pedalling performance, Canyon saying: "High anti-squat enables efficient acceleration and pedalling, but also results in more pedal kickback. We optimised this to strike a balance that actively increases the rider’s momentum without causing undue leg fatigue over fast repetitive hits.

"Effective anti-rise means the rear end remains active and in contact with the ground under heavy braking for exceptional traction and control when they're needed the most."

Just how that 'optimised' balance pans out in terms of ride feel and suspension feedback is something we'll have to wait and see, but more progressive suspension is undoubtedly a plus seeing as we felt the old bike needed a few volume spacers in the shock to reveal the true potential.

Geometry wise, it's not massively different to the old bike, with 5mm greater reach for a size Large at 460mm with head angle dropping 0.5º to 66º and effective seat angle staying static at 74.5º. Those are fairly conservative changes, but they're all pretty much ballpark figures for bikes around this travel. One of our only criticisms when we reviewed the Spectral CF 8.0 EX was the tall head tube - this has actually got 2mm longer. 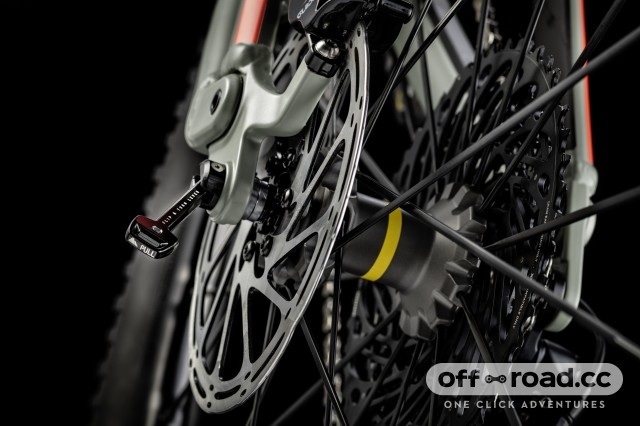 Canyon says that they considered 2.8" wide 27.5 Plus tyres for the bike, but decided that 2.6" tyres on 30mm rims were a better choice in terms of durability for a given weight and steering precision. Similarly, 29" wheels were discounted as they wanted the Spectral to feel more agile. 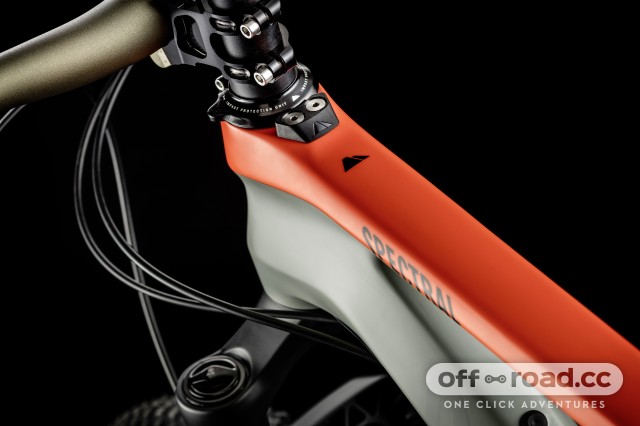 The new frame gets some nice new touches in addition to existing features such as the IPU bumper on the top tube that prevent damage from your bars spinning into it. Instead of full internal cable routing and all the hassle that involves, there's a full-length cover/protector on the downtube that hides the cables out of harm's way but still gives easy access if needed. The seatpost clamp is now an integrated type and there's enough space for a water bottle in the main triangle as well as a small removable bento-box style holder that sits just behind the headtube. 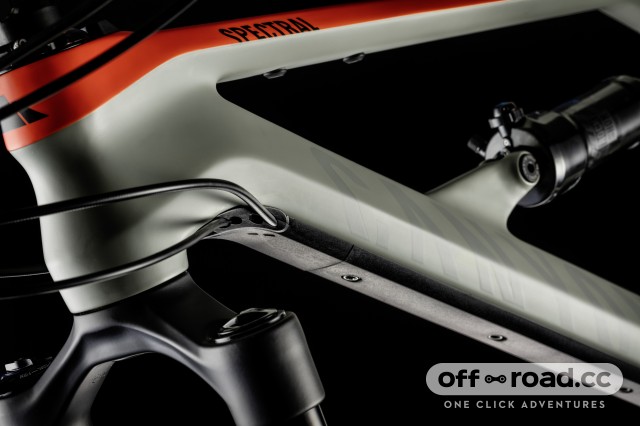 There will be three frame options in the range, with top bikes getting a full carbon fibre frame, an all-aluminium item for the entry level bikes and a carbon front, aluminium rear sitting in the middle. 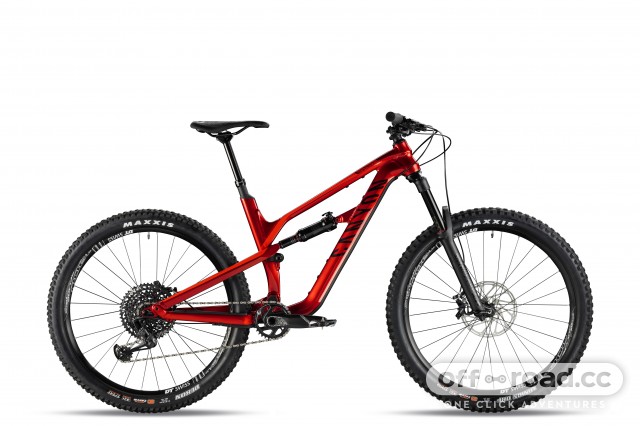 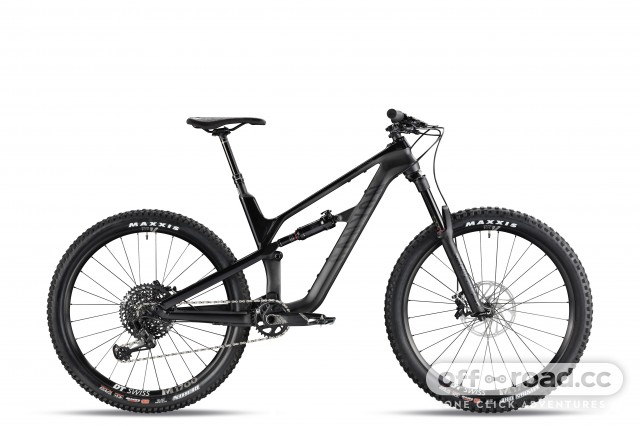 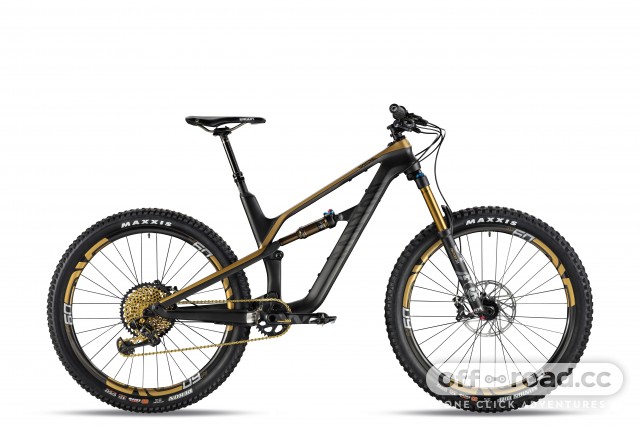 Availability is from now, so take follow the link below for in-depth specs and details. As ever, we'll be after a test bike as soon as we can get our little mitts on one...