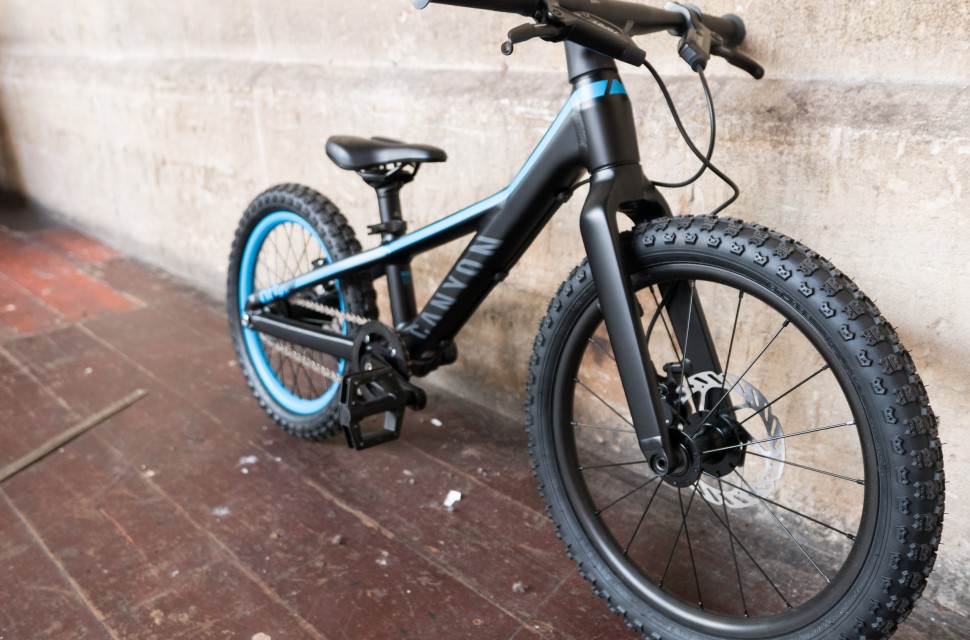 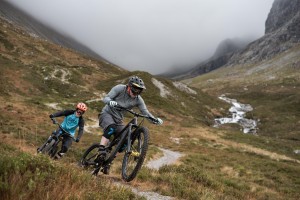 Canyon launches competition to test unreleased new bike
Fancy getting a go on a new ride before anyone else?

Of all the bikes that cross the threshold into the off.road.cc office, it's fair to say that this Canyon Offspring AL 16 kid's bike has had more interest than most, despite the fact that all of us are too big to ride it.

More brands are now recognising that there's real demand for quality kid's mountain bikes. It's a trend arguably started by Islabike, but direct sales giant Canyon are now getting in on the action with a four bike range that covers little people from only-been-walking-a-while up to the pre-teen stages. 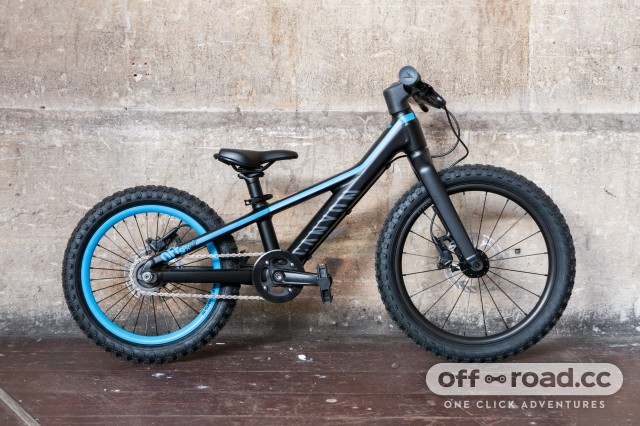 The Offspring AL 16 is the smallest bike in the range, made for riders from 98-110cm tall, which roughly covers from 3-5 years old. The aluminium frame uses a 16" wheel at the back paired to an 18" wheel up front, which Canyon says gives better rollover on bumps while keeping your sprog in a more stable and upright position. 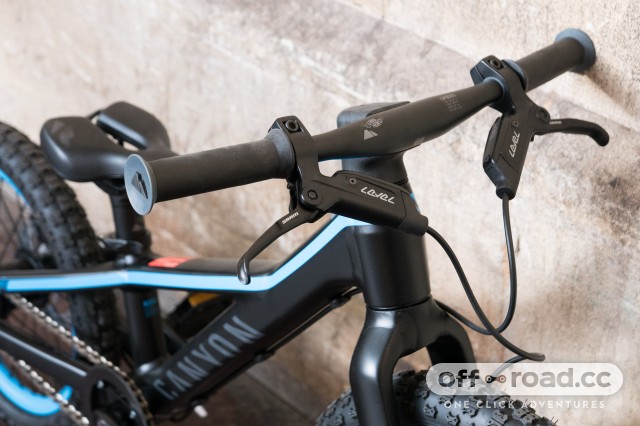 It's not just the wheel sizing that's had some obvious thought put into to. Despite looking like a singlespeed - and having nothing hanging off it to get damaged by a toddler's sweet attentions - the bike has a two-speed hub gear. The SRAM Automatix unit doesn't require a shifter however, as a centrifugal clutch automatically selects a higher gear when required. 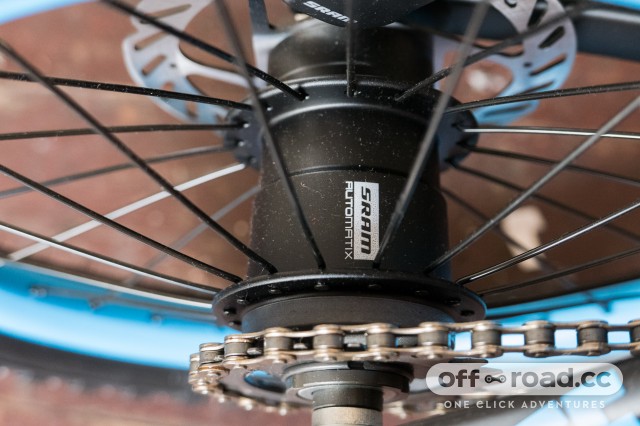 The brakes put many adult bikes to shame, with powerful SRAM Level hydraulic units clamping down on 140mm rotors. That means little hands should be able to stop with minimal effort, helping to maintain a grip even on rough ground.

The grips feature broad, flared ends so they won't damage the rider in a crash or themselves in a careless dismount. The dinky stem even gets a rubber cover for when the inevitable happens which, as a child growing up with only the padded velcro of a kid's Raleigh BMX between sharp metal stem and groin, I know will be very useful. 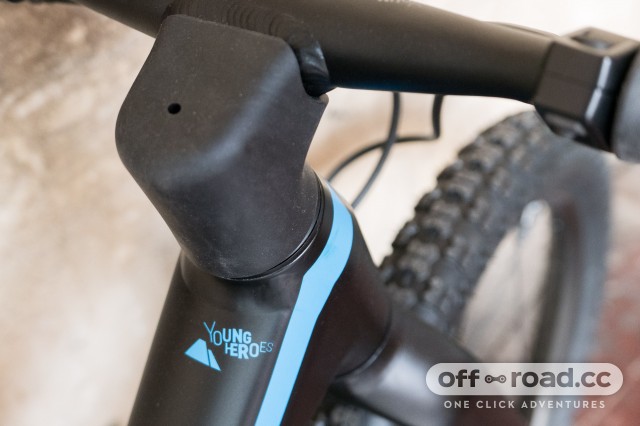 Okay, at £449 plus shipping, this is quite an investment for any parent, but it's got a quality feel about it as the numerous adults that have taken it for a quick spin can attest. Compared to adult bikes, high-end kid's machines tend to suffer minimal depreciation when sold on as well. Either way, this bike is now with the latest, youngest and cheekiest addition to the off.road.cc test team for a full review...