Skip to main content
Log In Register
They may well have fallen out of fashion, but there's still goodness and good reasoning in riding 26 inchers. 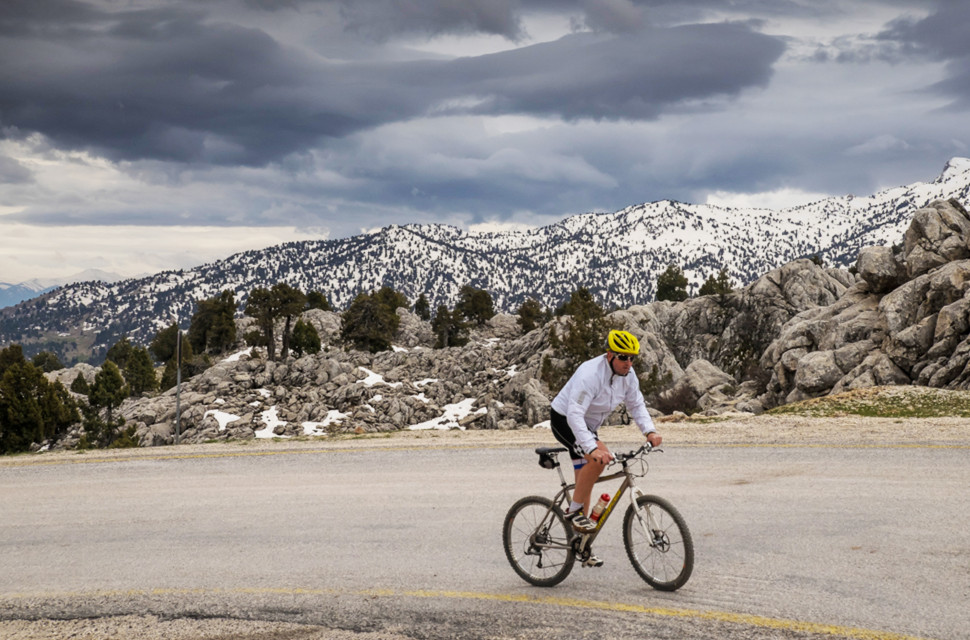 Okay, this is not intended as yet another "26-inch wheels aren't dead" rant. Let's face it, the bike industry has already all but nailed the lid on the production of the former long-standing staple of off-road riding, the 26-inch wheeled bike.

Naturally, this does mean that from a retail point, the once unquestioned standard-issue mountain bike wheel and its rubber trimmings are no longer as easy to come by. These slightly smaller wheels have been somewhat overshadowed by bigger wheeled bikes, the 27.5" and 29". This doesn't in any way mean that they are, or should be considered as a "faux pas" for riding; far from it, they are not heading the same way as purple flared trousers.

There is still the same old goodness in 26" wheeled bikes as there ever was, especially if you take a logical and sideways approach to riding or adapt your old 26-inch bike to give you that retro-chic approach. Perhaps they may even come to be considered classics in a few years.

I've been riding bikes off-road for decades. Long before the 26-inch wheel mountain bike was even conceived and before the clunker gang decided that 26 inches were the way ahead for probable reasons of practicality. To be honest, I'd always kinda wondered why the industry decided to roll with 26 inchers in the first place. Sure, I could see the logic in there when it came to fitting bigger and wider tyres, as it did give you an effective rolling diameter (not too far off the skinny 27-inch knobbly tyres that were available back then). From the get-go, bigger wheels always seemed more logical from a rolling point of view, as long as you had wider tyres to match. However, it didn't play out that way, and we were served 26-inchers for many years, and we learned to love them.

Many people out there decry the mountain bikes of the early 1990s, cursing their geometry and boneshaker like rigidity. Yes, there were indeed a fair few early bikes that did ride that way. However, by the end of the last century, things had become a whole lot more sophisticated and on point from a riding point of view. 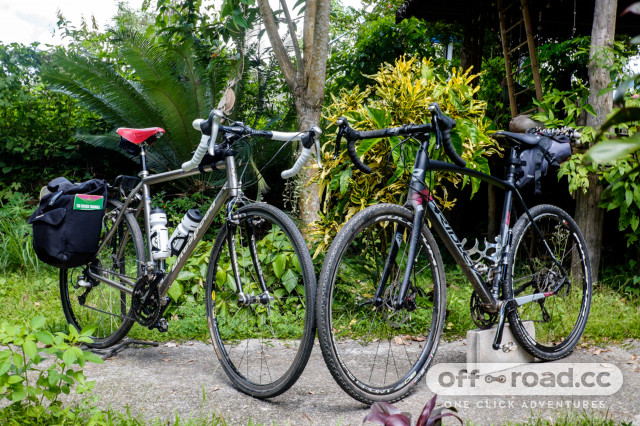 I've been travelling the world (or rather had been, pre-pandemic) with a bike for many years for pleasure and work. Unless I had a short trip to shoot for a magazine, my bikes of choice for travel are either a gravel/touring/cyclocross mish-mash bike and 2 sets of tyres or a 26-inch mountain bike with either rigid forks or short travel front suspension. My travel bike choice and reasoning have always been based on practicality, as in what is the most versatile, the easiest to maintain on the fly, and a bike that I know I'll be able to find essentials for in some remote location. This mostly leans my preference towards a 26-inch wheel mountain bike.

The bikes I've been travelling with for many years are from the early-mid 2000s. The mountain bike has a geometry that is well suited to flipping between rigid and suspension forks, which I chose depending on the anticipated terrain. Even a rigid fork with a wider tyre can be comfortable on all but the most extreme trails.

The MTB and the "mixed" bike (a Litespeed Blue Ridge) have a triple chainset. This gives me the gears I may well need for sweaty jungle climbs and a top-end gear big enough on the MTB to hang on to, and being titanium, both weigh in pretty lightly too. The fact that the mountain bike has 26-inch wheels is certainly no curse to me. Of course, the ride sensation is a tad different to a bigger wheel, but not in a negative way. Having regularly switched between wheel sizes and bikes on the same day, I feel that they are nimble on technical ground and roll not too far behind their bigger descendants. 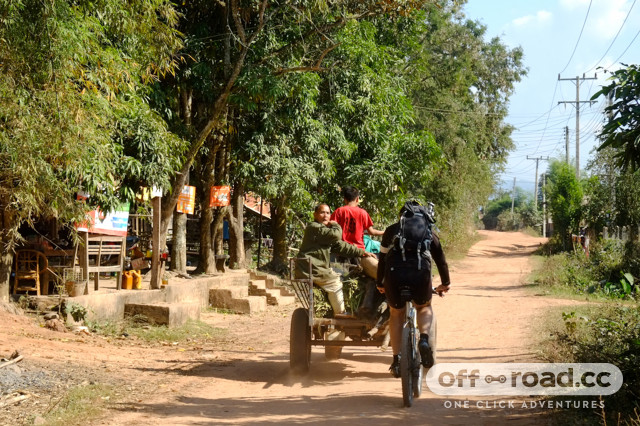 Over the years, I have trained and ridden on these bikes in sync with regular road bikes. Personally speaking, I can say that, yes, the smaller wheels do feel a little slower and more laid back. Still, the overall differences would not be enough for me to consider them inadequate on the road or fast dirt.

I also regularly ride a gravel bike, which is around 5 years old and has a double compact chainring and 43mm tyres. When compared to riding an older mountain bike off-road, the sensation is very different. The 26-incher is far more comfortable, has gearing options that don't restrict me to the tamer climbs, and I do not have that same sense of fear when it comes to hitting rocks and holes, which is a huge plus.

Back to the future 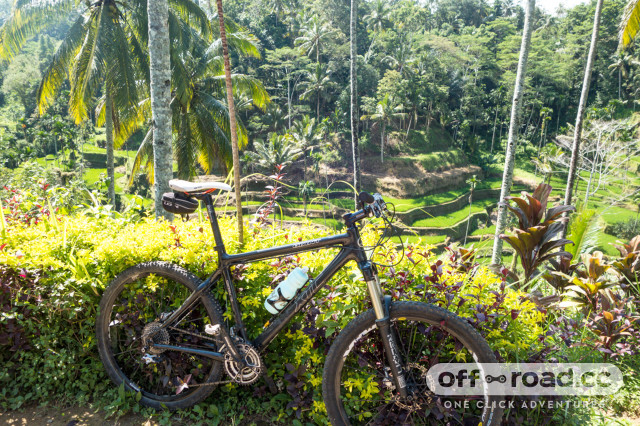 It's both predictable and interesting to see some manufacturers now coming around to adding suspension to gravel bikes now, which I, for one, welcome.

When you get down to looking at their short travel forks and the rear end elastomer inserts, it does make me steer once again back towards my old faithful 26-incher. With their extensive gearing choices and more upright and shorter geometry (compared to newer MTBs), they now make even more sense to me. If only I still had those long lost and lamented Pace RC35 1 inch travel elastomer forks (but please, no flex stems).

It could almost seem like things are coming full circle with off-road tech theory; from late 90's MTB retro to cutting edge 2021 gravel tech, there are some striking similarities.

It does make you wonder what's coming next; perhaps the revelation that straight bars are more practical for longer off-road rides? Add some wrap-around bar ends and things get even more comfortable and versatile. 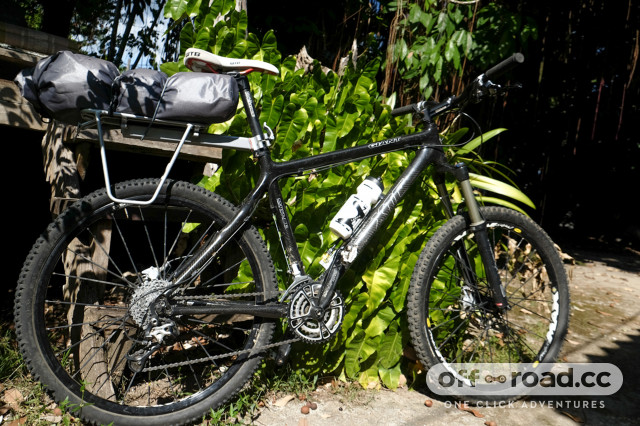 As much as I may lust after the latest and the inevitable next-generation of more flexible gravel bikes, when there's a couple of perfectly usable 26-inch mountain bikes standing by, there seems little point in parting with that amount of cash, unless you have it hanging around and free that is.

With some minor refurbishment and a little tweaking, an older 26-inch bike could well make for the "almost perfect" extreme budget gravel bike, one that can handle more technical trails, mash the tougher climbs, and hum along the road at a very respectable pace. That seems to pretty much be the place where gravel bikes seem to be heading to anyway.

Should you want to go all dropped bar, then you can always get hold of a set handlebar end shifters. Retro chic out of necessity makes good old analogue common sense, far more so than leaving those old 26-inch wheelers confined to room 101.

Should you want to go all dropped bar, then you can always get hold of a set handlebar end shifters. Retro chic out of necessity makes good old analogue common sense, far more so than leaving those old 26-inch wheelers confined to room 101.

My first gravel bike was a repurposed Pace RC200 MTB frame with a triple crankset running hybrid 700c/29er WTB wheels with a drop bar and BB7 road discs.  Did a grand old job til it got nicked.
Still have a set of rc35's in the shed.

Incidentally the original reason for 26" wheels has been well documented on Retrobike among other places mostly to do with early 29" tyre availability. Google Nokian tyres, but be prepared to be diverted into the evolutionary deadend that was UK's Highpath cycles.   That thread has guest contributions from MTB founding fathers Keith Bontrager and Charlie Kelly (Repack Rider) if I remember rightly.