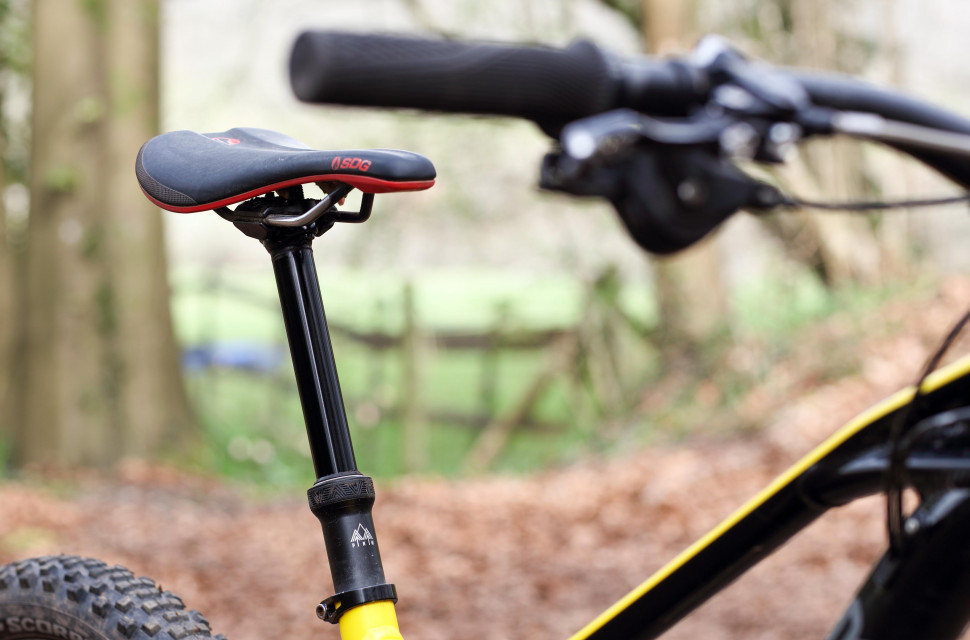 Liam Mercer
|
Jun 10 2021
|
Overall
Quality
Performance
Value
What's good?
What's not?
Buy if...
You're after a reliable post and don't mind shelling out for the equally as excellent lever

The Loam Post is PNW's mid-range dropper post that offers an impressive array of features for its price. It's reliable, short enough to fit in most bikes, and its accompanying lever is an absolute pleasure to use. Although, it doesn't come with the lever in the pack, which might make competing posts more appealing, and the adjustable air cartridge is tricky to… well, adjust.

In for testing is the PNW Loam Post with 150mm of drop measuring a relatively short 440mm in total length, meaning you can pack even more drop travel than you would with longer posts. It's built using 7075 aluminium, and it weighs in at 524g in the tested 31.6mm diameter. It's available in a tonne of options, though, with 30.9, 31.6 and 34.9mm diameters and four travel choices from 125mm up to 200mm. As for features, it comes with a travel adjustment (a rare trick) and an adjustable air cartridge, which allows you to adjust the rate at which the post returns to full travel

In the pack, you, of course, get the post, but PNW kindly bungs in a length of inner and outer cable. A big plus for the environmentally conscious is that it's all packaged in paper and cardboard. 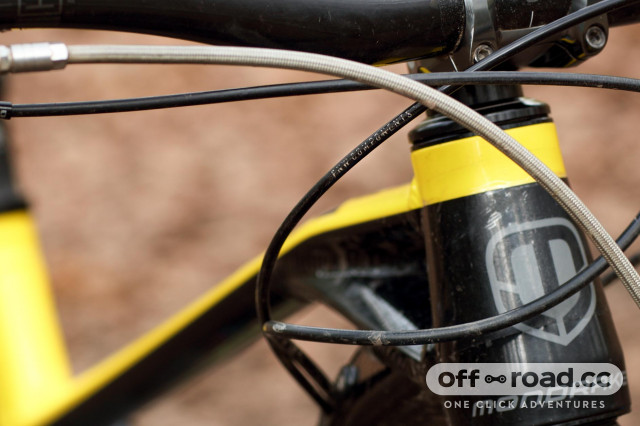 Travel adjustment is super easy to set up. Simply unscrew the seatpost's collar with the post fully or partially compressed, extend the post a little further, and pop out a white spacer. All you need to do then is turn the spacer to your desired setting, make sure it seats, and you're good to go.

Though it must be said that the travel adjust feature only shortens the travel. However, it's still mighty useful if you change over to a frame with a taller seat tube in the future.
The adjustable air cartridge is where things get a little tricky. It's a fit-and-forget feature that you don't really need to touch unless you're not happy with the return speed. 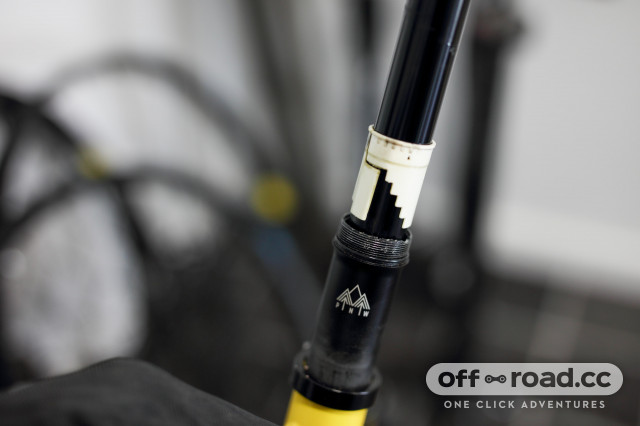 Like other posts, the PNW Loam Post has a Schrader valve that's hidden beneath the saddle clamp. Slap a shock pump on and pump away to reach a pressure between 280 and 300psi for a slower or faster return.

That sounds easy enough, but there's a lot of finesse required to then unscrew the shock pump without, literally, all of the air escaping. It's possible, but you'll have to compromise a considerable amount of air escape, rendering the feature pretty much redundant.
Otherwise, setting up the post is super easy, being a case of threading a little bead onto the cable to hook into the post, and then the other end of the cable bolts into the lever.

This seatpost also comes with the ability to swap the rubber ring around the collar to other colours, perfect if you change bikes or fancy a refresh. 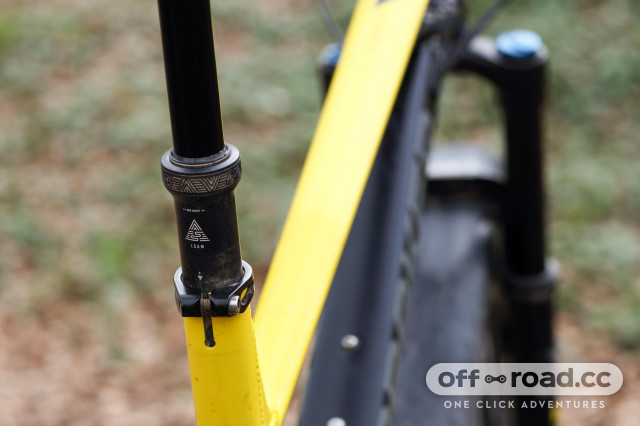 The Loam Post on test has been subjected to three months of wintery slop, right through to bone dry trails, and it's not missed a beat. It's showing absolutely no signs of slowing down either, so I'm confident it'll give at least double that of solid riding before it might need a bit of TLC.

Its action isn't as smooth as higher-end posts such as the Crankbrothers Highline 7. Still, it's certainly comparable to droppers in its price range. I would say that it's equally as smooth as the Brand X Ascend. 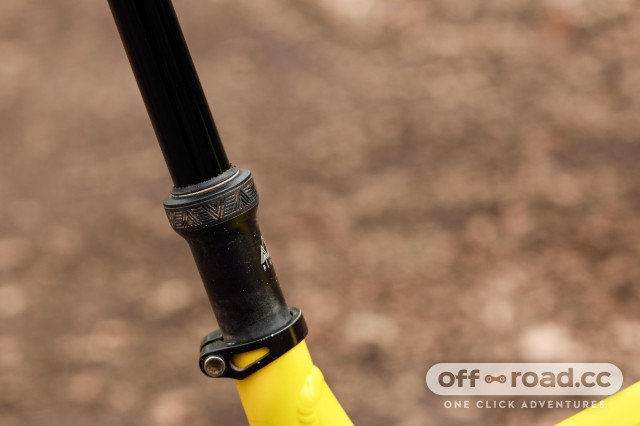 Something that makes life with the Loam Post even more pleasant is the impressive Loam lever. It's £50 extra, but it's an excellent and worthwhile option for any compatible dropper post.

Its surface is nice and sizey, and it comes with a grippy patch of rubber, so you don't have to wreck your gloves with grip tape. It's really lovely to use too, and that's thanks to the bearing that the lever revolves around. The action is super smooth, something that I had never thought I would appreciate from a lever. 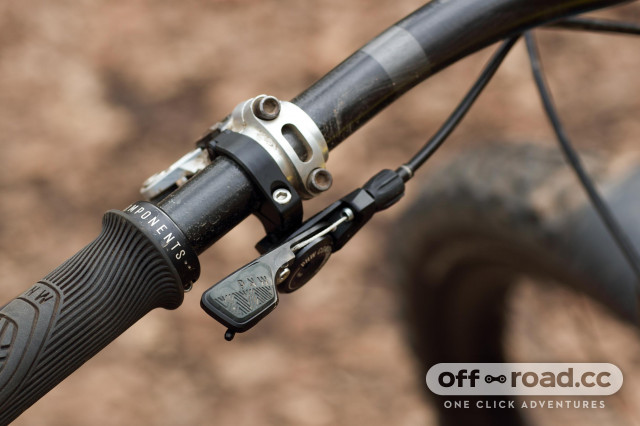 Then the best bits, the cable clamp screw is big. Big enough that it won't round out like you're trying to turn cheese, which is essential for a £50 lever. There's also a small grub screw that tightens up any slack in the cable. It's an undeniably class-leading lever.

At this price point, the real competition comes in the form of the Brand X Ascend, priced at £140 (at the time of this review). A pro towards the Ascend is that it comes with a lever, but against the Loam Post, that's where the good stuff ends. The Ascend also only comes in two travel options (125 and 150mm), none of the sweet features of the Loam Post, and at full extension, it's 19mm longer. Plus, the Ascend's lever isn't as nice as the Loam Lever. It's also 26g heavier. 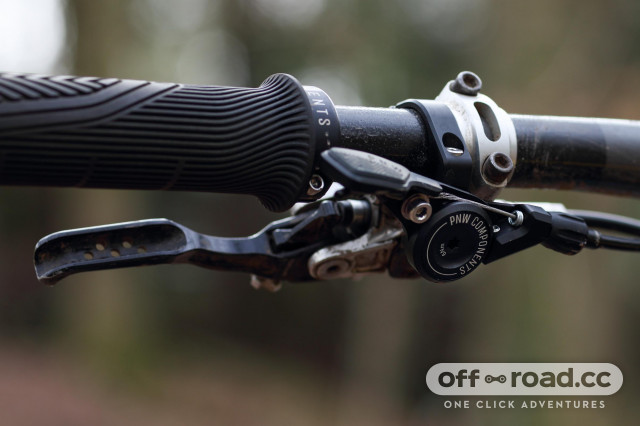 If you're in the market for a budget-friendly dropper, I can't recommend the PNW Loam Post enough. While its adjustable air cartridge is a bit of a pain, it's plain sailing from thereon. It's reliable, smooth and short enough to fit into a whole load of frames. It's well worth fronting the extra £50 for the Loam Lever, too, as it's an excellent companion to the Loam Post or any other dropper for that matter. 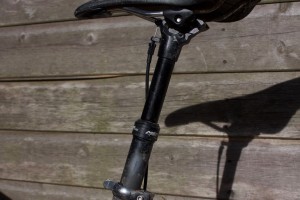