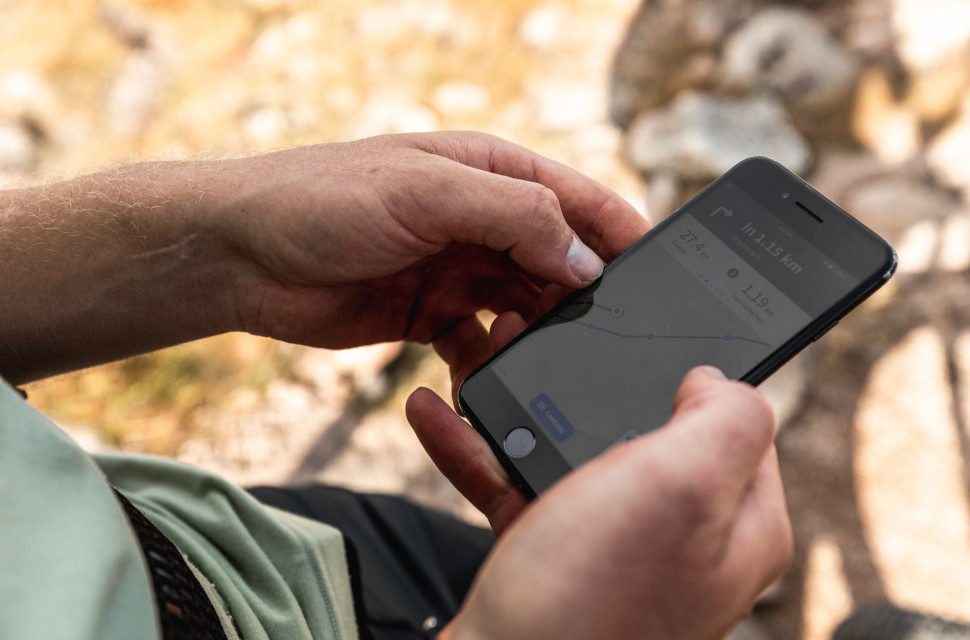 If you've moved somewhere new or just fancy mixing up your riding routine a little bit, then finding fun new mountain bike trails to ride can often be a bit of a struggle. However, we've been through the same issues and we've come up with some top tips and tricks to find fresh singletrack to enjoy.

While in the past you might have been resigned to bimbling around the woods hoping to find some people to follow or simply tyre tracks to lead the way, happily there are a whole load of technological shortcuts you can take to trail nirvana nowadays. That said, the old ways are sometimes the best...

1. Join a riding group or club 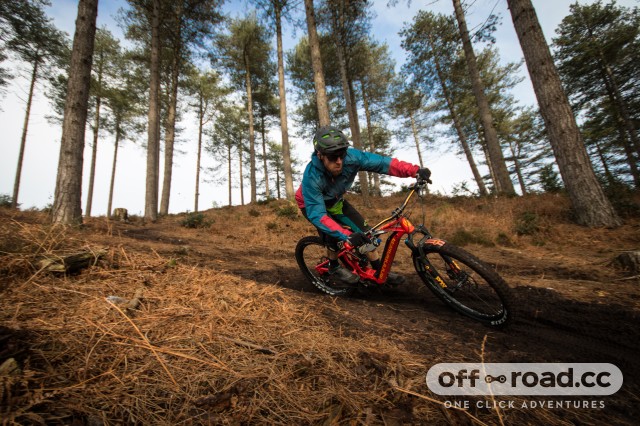 It's well worth searching both the 'net and also Facebook to see if your local area has any active riding groups that you might be able to tag along with. Formal mountain bike clubs seem to have fallen somewhat by the wayside since social media came along, but most of them have reincarnated themselves on social media.

Another good option is using Meetup, which is a really useful website and app that allows you to meet like-minded people and take part in events. There's usually a pretty active outdoors or mountain bike group in most places, so it's a great way to find some people who might be able to show you local secrets.

Of course, if you're not a total cheapskate, you could always pay for a professional guide to show you around an area. Get a few mates together and you could have a top day out, find new trails and do it all without any route-finding worries.

2. Use apps with maps 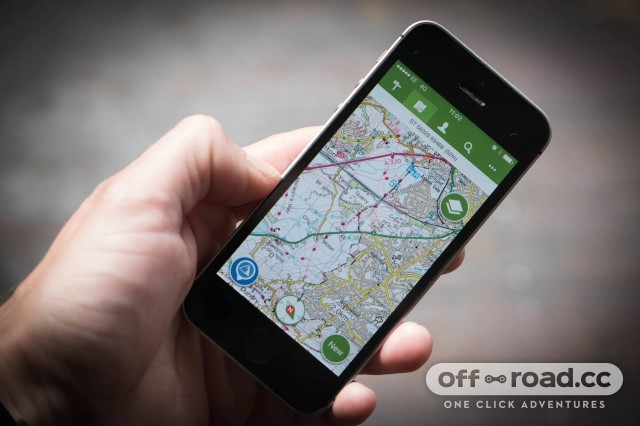 While the good old fashioned OS map can often give you a reasonable starting point for seeking out riding - bridleways and other paths are marked, so are big green woodlands that might be full of delights - once again technology is here to help.

There are loads of mapping apps out there that also feature routes in them - Komoot, OS Maps and Viewranger, are our favourites. They allow you to check out an area and see if there are any complete routes you can then follow, all in GPS guided comfort. You can also use the web interface to plan rides and export them to your GPS unit.

There's also Trailforks, which despite being run by a certain other mountain bike website, is actually really bloody good when it comes to having a database of natural and built trails, right across the world.

komoot is a ride planning app for desktop and mobile that has a function to search for trails and routes. We have a collection of favourite routes on our komoot profile too for you to check out and follow. It offers something a bit different to the other options out there, with a lot of curated content, and a more sophisticated routing engine. It'll appeal more to those who mix road with gravel and mountain biking. Currently, we have a competition running with komoot to pick our favourite UK routes. Tell us yours, and you could be in with a chance to win a Garmin Edge 1030 Plus worth £519! We have three to give away. All the details are here.

3. Seek out on Strava 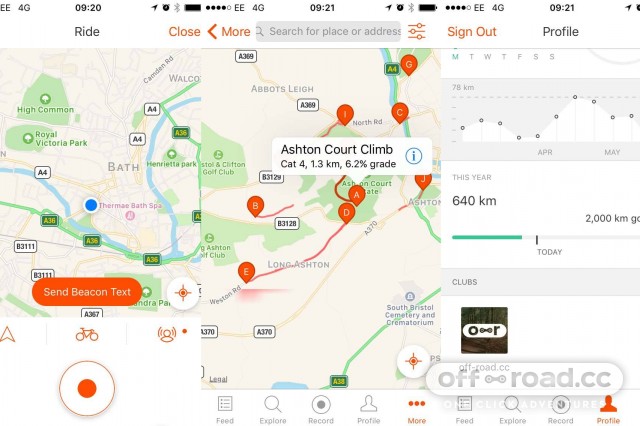 Okay, so we've mentioned apps, but ride tracking app Strava is a pretty useful tool to find new riding areas and trails, regardless of whether you want to wave your whatever in search of ever faster times.

The really useful bit is the segment search function, that allows you to zoom in on an area and see what segments there are there. Of course, many people prefer to keep the interesting stuff off Strava - but as the US military found out, Strava doesn't care about that and it still turns up on the Heatmap unless you opt out. That means potential poachers can still track down interesting riding areas, just be aware that you're probably not wanted there.

Youtube isn't good for finding trails per se, but if you know there's some riding in an area, try banging a search for 'area + riding' and see what comes up. For a start you'll be able to see what the potential riding is like - is it massive jumps? Sweet singletrack? Dull fireroads? That'll help you decide whether it's worth turning up in the first place.

Secondly, actually seeing the trails being ridden can often really help with the tricky bit of navigating around when you're there - being able to tell that a certain place is the actual start of the trail you want means you're less likely to be scooting about going up and down bit of path trying to find the right one.

5. Go racing and remember what you rode 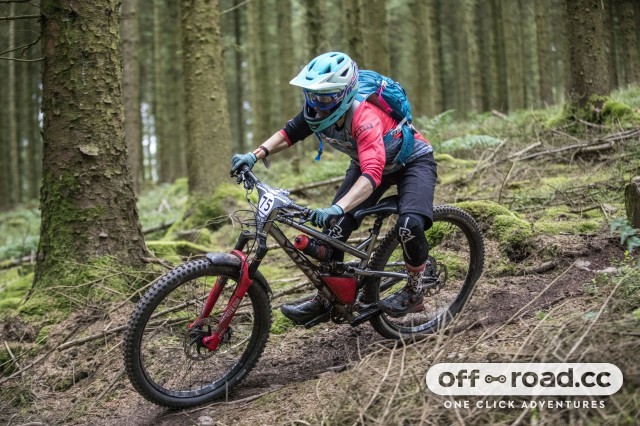 Many races often use either fresh bits of trail or riding that's only really known by the locals, which is why entering a race can give you benefits long after the day is over. You'll often be supporting the people that created and maintain the trails in the first place and it also means you get to see a new riding area - though often that might be through a sweaty mist of effort.

One thing to be aware is that races often use private land, so it's worth finding out whether the trails you've ridden are open to all year round or if it's just for special occasions. Riding where you're not supposed to when you're supposed to will jeopardise the trails and future races, so that's deeply not cool.

Ahh, our choice of last resort but often one of the most effective if you don't mind hitting a few dead ends, yomping through bogs or finding yourself waist-high in nettles on a path that obviously hasn't been used in years.

That said, getting Ray Mears with it can often yield dividends. Head for a likely looking bit of woodland, cast your eyes downwards and see where the tyre tracks lead you. Often you'll just end up on a random bit of trail that peters out, but sometimes you'll find a gem. It's worth a go - and you'll be out riding anyway, so it's not all bad...

Method 6, just riding around looking for turnings I've never tried before, has often worked well. However, in Swinley Forest I do sometimes find myself on deer trails that kind of peter out in dense bushes & ankle deep bog

. When that happens I'm ever so glad of the waterproof socks!

For me it usually goes like:
1. plan a road route with Strava or let Garmin navigate you.
2. end up on some gravel or worse track
3. follow this or hope to find back to the road

Also good: try to improve your VeloViewer Explorer Score or Max Square, that forces you to seek new trails.