Skip to main content
Log In Register
Merida Expert Dropper 27.2mm £140.00
A good offering for an economical dropper, but could use a little more 'drop' 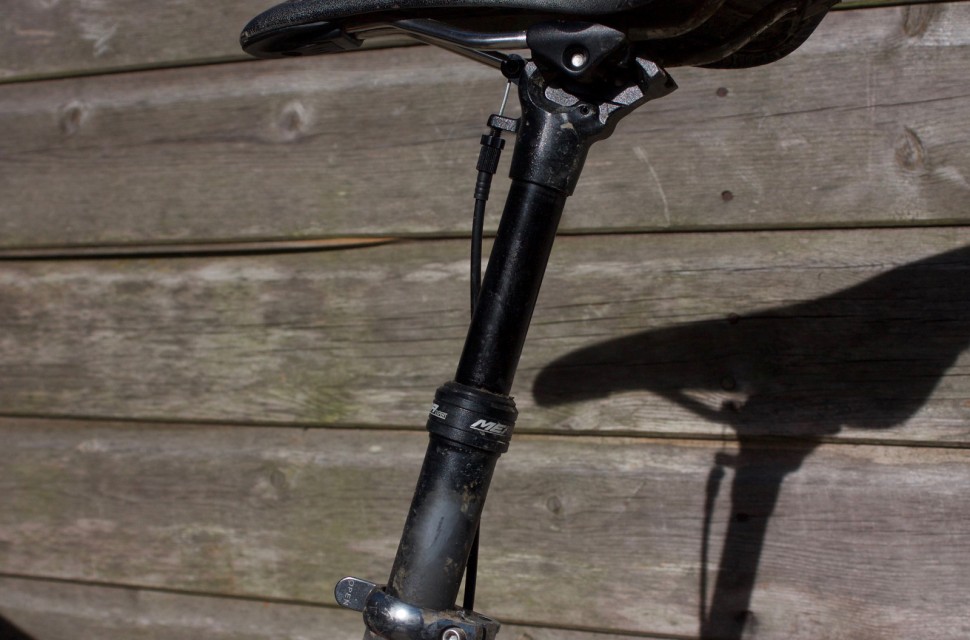 Jim Clarkson
|
Nov 21 2017
|
Overall
Quality
Performance
Value
What's good?
What's not?
Buy if...
you're after a cheap dropper post and have a frame with a narrow seat tube

After a few months of dryish trails and then some typical late Autumn weather, the Merida Expert dropper has kept coming back for more. The best way to sum it up is reliably basic - no hydraulics or electronics, just a simple, externally routed cable actuated remote lever. Unlike many, it's also available in the narrower 27.2m diameter.

It's got a simple, single bolt clamp which was easy enough to set up and offers a wide range of adjustment. It could have been a little more graceful to lose some material and therefore weight, as well as refine the somewhat agricultural looks. It worked, kept the saddle put and at this price anything else is a bonus. It hits the scales at 480g without the lever and cable. That makes uit relatively competitive on weight but it lacks the amount of travel nearly half when compared to others. It has to be noted that most of these are twice the price. 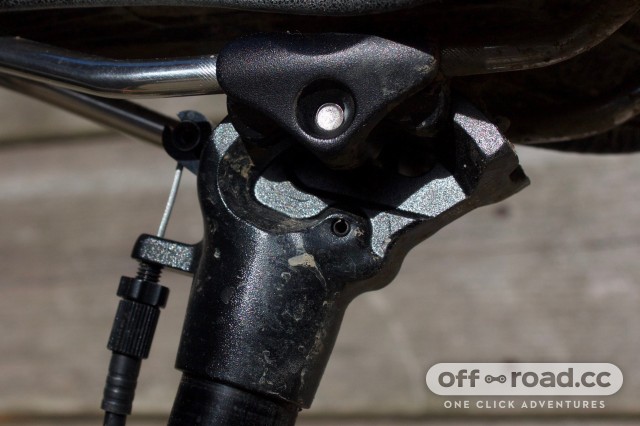 I tested the 27.2mm diameter, with 30.9mm and 31.6mm versions also available. The post offers a usable 70mm of drop which, at best,  is adequate for some sketchier trail situations. It drops enough to get the saddle down and lower, but sometimes a little more would have helped. The lack of a decent amount of drop is going to put some people off - especially on any terrain where you want the seat well out of the way, but for trails that just need a little more room to work around the bike, it offers enough to be useful. 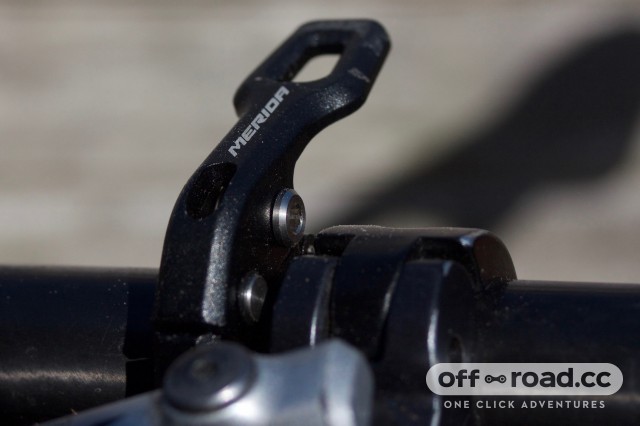 The set up is pretty simple, and running internally is simple enough, I found the lever to be a little awkward to use, its a down facing type affair, not a shifter trigger style effort, it's also glossy and has no friction area to help your finger get traction. I also felt the lever stuck out, and would be better if it was shifter style, or perhaps so either the cable or trigger wouldn’t be so prominent - in a crash, it would either get hit by the ground or rider, neither ideal. 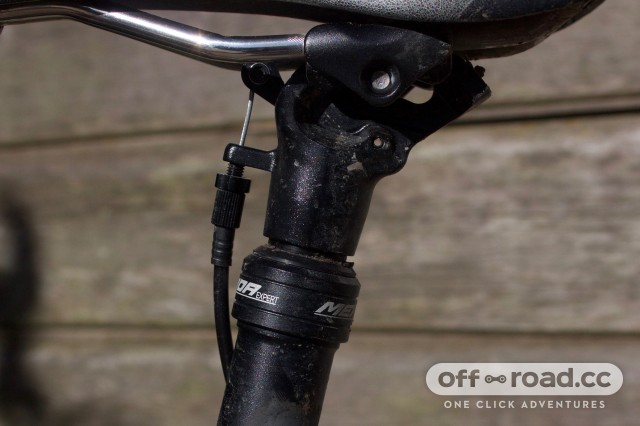 Out on the trail, you can have a sort of infinite positioning with the post - you push the trigger and it will lower and as soon as you release it, it will stay at that point. Pretty standard, but handy for sections of trail which are part tech and part pedally.

The return feel is pretty clunky and quick, and sometimes a little disconcerting. You can slow it by weighting it as it returns, but that's a conscious action, as opposed to the post's function, and I kept thinking, "well its economical, that's ok, and at £140 it is a bit of a bargain".

Build wise, the agricultural approach is fine, but there is a small amount of play between the stanchion and post. It hasn’t got worse, which is reassuring. The obvious compromise here is the lack of ‘drop’ and the weight, as although it's cheaper, it's not much less weight than longer droppers, and it works, and seems to be pretty reliable so far - which can’t be said for some other more expensive posts.

It's a basic dropper - I’ve yet to pull it apart to see if it can be home serviced when needed though. Its remote works well, but the whole package lacks refinement, yet serves its purpose, and it’d be a real winner if it had a little more drop. The seat clamp is super simple and you can swap a seat out in less than a minute. It's a good stab at a cheap dropper, which could do with a little more ‘drop’ to be really competitive. 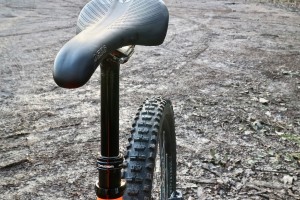 A competitively priced dropper that lacks enough 'drop' to be really competitive.

Just not quite enough drop.

It was pretty good, except when I really wanted the saddle out the way.

If I was on a budget and didn't need a lot of 'drop' then yes.

If they did all round MTB riding, and wanted a little more space to move around the bike, then yes.

Despite the lack of 'drop', there are enough positive points with the Merida dropper to make it a viable option - its low cost and consistent performance are only slightly let down by the weight and 70mm drop. Pretty good if you want to try a dropper and maybe don't want to shell out full whack for one.