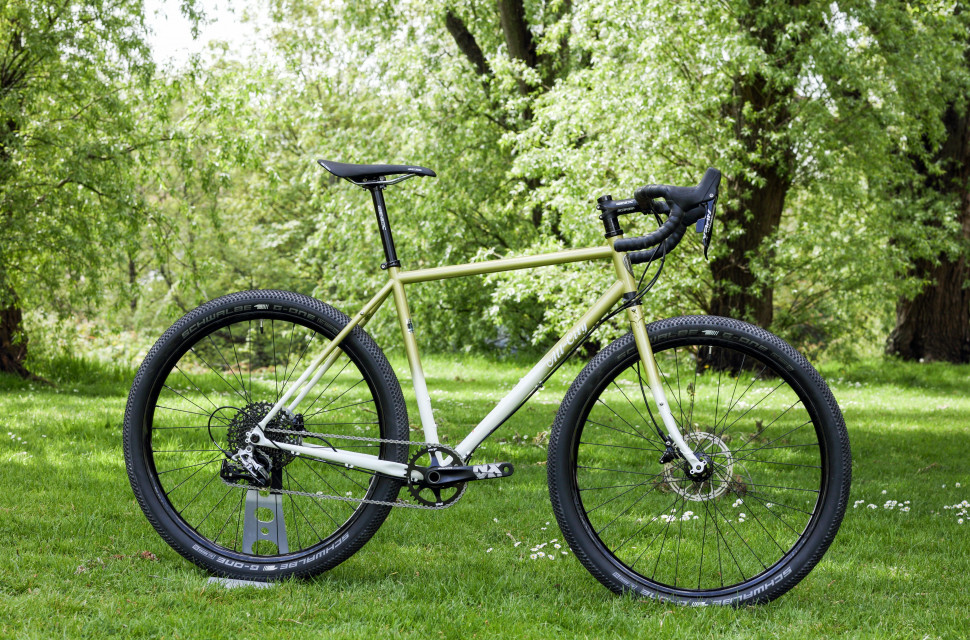 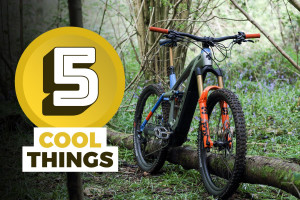 Five cool things from Cube, All-City, Scott and more
An enduro e-MTB, an all-steel gravel bike and some underwear makes its way through the office

We've had a pretty big week for gravel bikes here at Off-road.cc, of course with the Canyon Grizl at the beginning of the week and now gracing the office is the All-City Gorilla Monsoon Rival1. It's a steel-framed graveller with some big do-it-all promises and equally as large rubber. Read on to find out more about this brilliantly named bike.

All-City says that the Gorilla Monsoon is designed to handle double track, gravel and bikepacking. It's intended for cyclocrossers, tourists with a favour towards dirt and backcountry explorers.

While the frame may look like your average steel gravel bike frame, it's packed with special goodies that you'll only find at a closer glance. 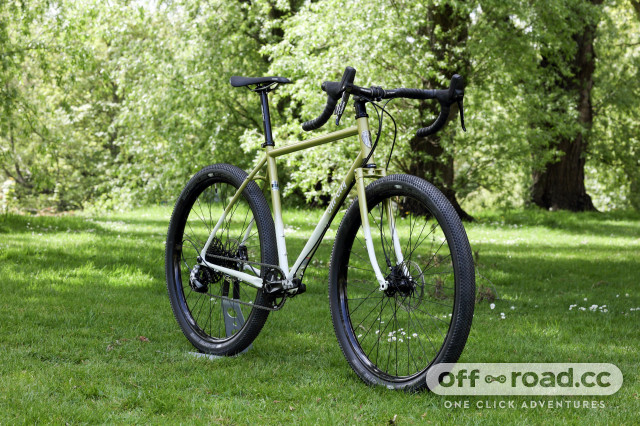 It's made using All-City's 612 Select steel tubing. It's the brand's own special blend of double-butted 4130 Chromoly tubes, named after Minneapolis' Area Code. All-City has put ride quality and durability at the forefront of the frame's design so the tubes have been picked for their specific diameters, wall thicknesses, and butting profiles. 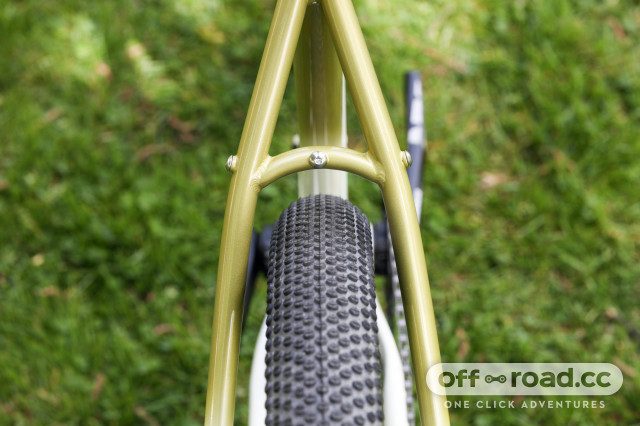 Then, following suit with a range of gravel bikes on the market, every piece of tubing on every frame size has been chosen specifically for that bike's intended use and the projected size of the rider. This is done in a bid to keep All-City's expected ride quality similar from size to size. 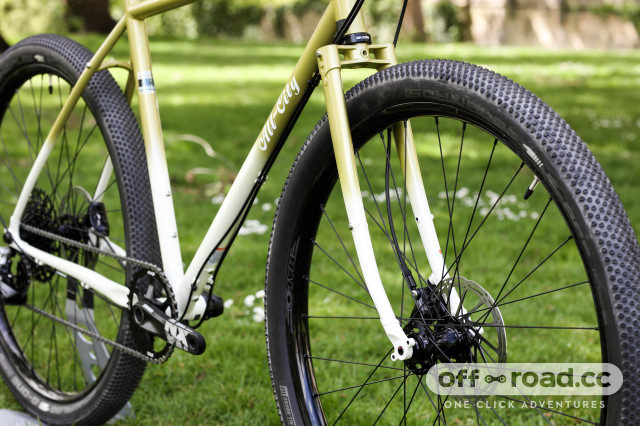 It's hard to miss the fork kitted on the Gorilla Monsoon. It gets All-City's 4130 Chromoly steel lugged bi-plane fork crown which not only turns heads but comes built with mounts for fenders and racks. There's also clearance for up to a 650x2.4" tyre, although it comes kitted with 2.25" rubber as standard. 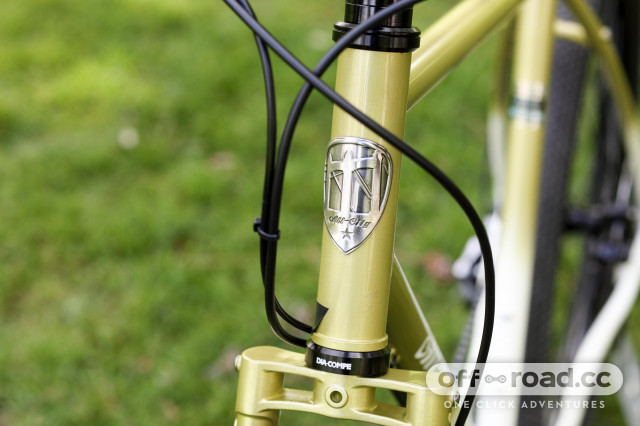 Neat touches are littered all around the frame, such as the custom dropouts and fork ends that accommodate 12mm thru-axles and flat-mount disc brakes. There are also reinforced bottle bosses and you'll be able to fit three cages with two inside the front triangle, and one under the downtube. 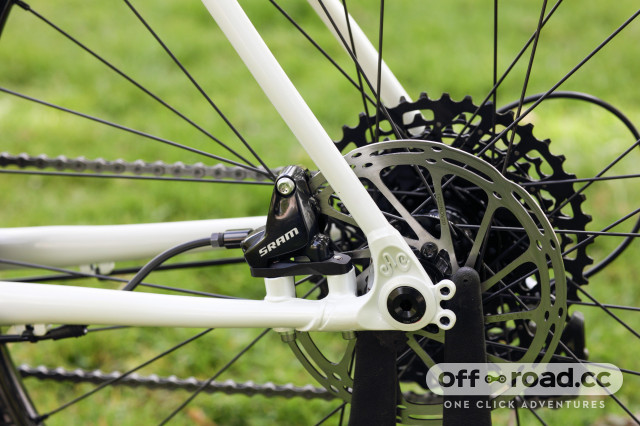 As well as those, the bottom bracket also gets a sprinkle of All-City cool, with the pantographed bottom bracket and the AC logo stamped into the steel. Finally, there's a full custom Shot Collar to keep the seat post secure and the frame is finished with an E.E. coating to prevent rust. 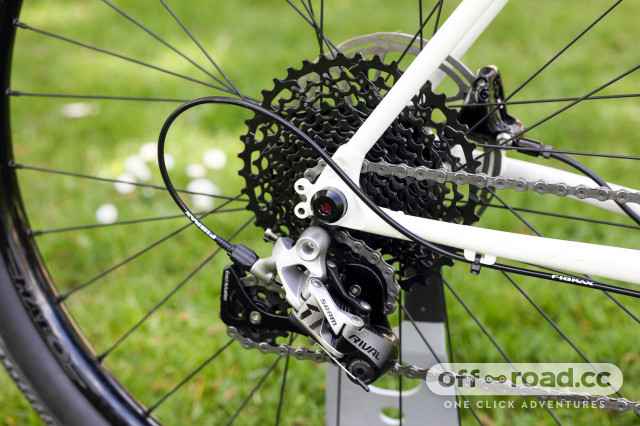 Moving onto the spec, it's been specially picked by Ison Distribution for the UK market. The bike comes sorted with a SRAM Rival 1x long cage mech paired with SRAM Apex Hydro brakes. Then, there's a SRAM GX crankset (although our test bike has an NX crank) and the bike rolls on a pair of Halo Vapour 35s that are wrapped in a Schwalbe G-One Allround 2.25" tyre at both ends. 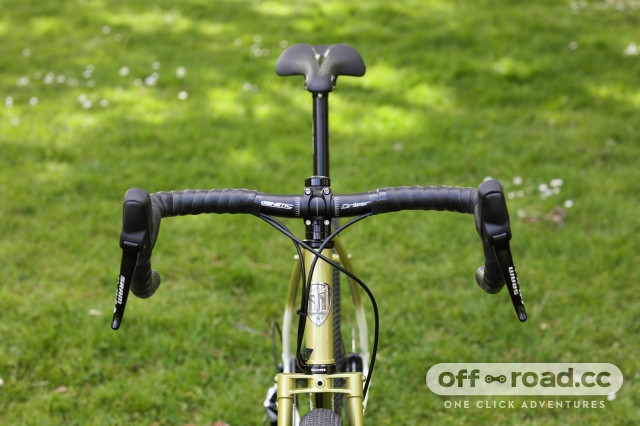 As for the cockpit, it's all provided by Genetic with a Drove Road bar, an STV stem and saddle, and a 27.2 seat post.

A first for the Gorilla Monsoon is that it's now available in seven sizes with a 43cm frame. Then the sizes go up to 61cm. 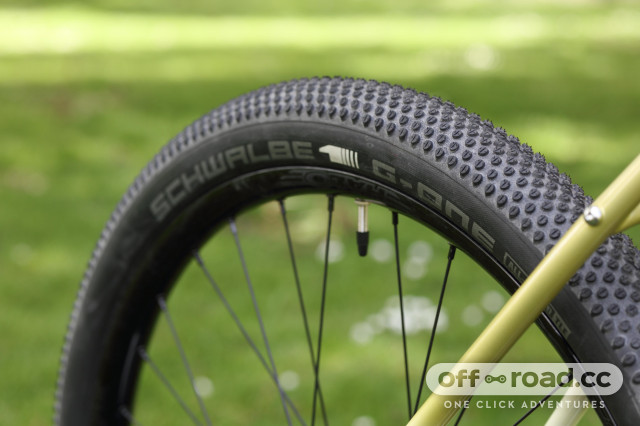 The All-City Gorilla Monsoon is available in one colourway, the equally as brilliantly named Pineapple Sundae and a Gorilla Monsoon of your own will set you back £2,600.

As always, there's a full review of this bike in the works, so be sure to keep an eye on off.road.cc to catch it when it goes live.

Please sir, wot is a pantograph bottom bracket? Is it for connecting to power cables like a team?

Honest question - do people actually ride a gravel bike with a saddle so much higher than the tops of the bars, or is it just the required look in a photoshoot?

Yep I do, mine almost mirrors my road bikes in fit. I can spend all day riding those so why change.

Honest question - do people actually ride a gravel bike with a saddle so much higher than the tops of the bars, or is it just the required look in a photoshoot?