Skip to main content
Log In Register
A bike that defies definition. What will you do with it? 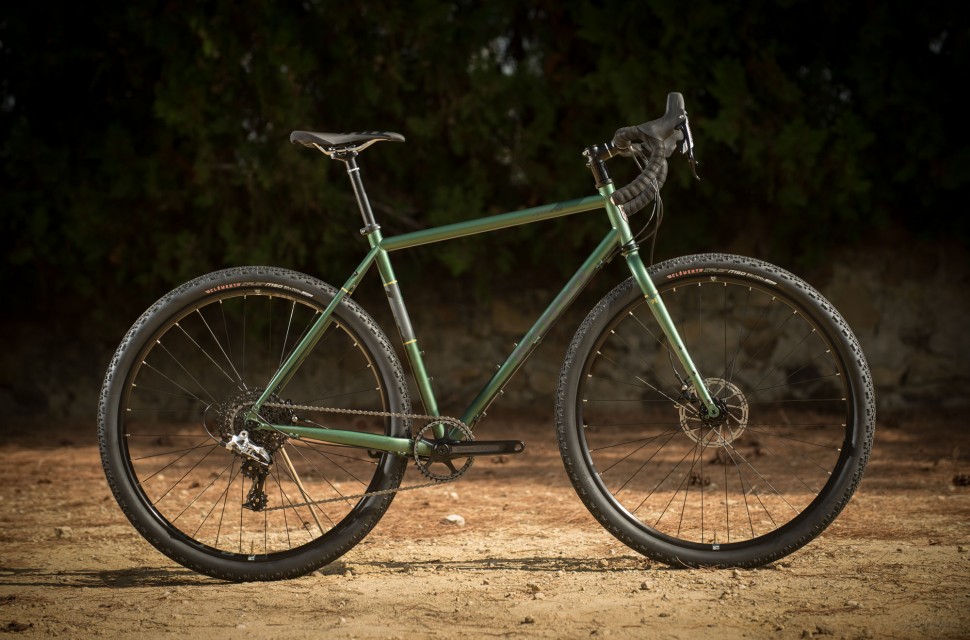 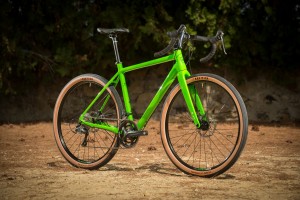 Our Benedict was in Spain testing some of Kona’s new multi-surface drop-bar bikes. He was keen to get his hands on the Sutra LTD, an off-road, touring capable multi-purpose machine for £2000. Is this the one bike to do everything – touring, gravel and even light mountain biking duties?

The Kona Sutra is an established bike in the Kona line-up. The range includes the base Sutra, which is a traditional touring bike ready to take you around the world, and the Sutra LTD, a more modern take on what a touring bike can be. As Kona put it “The Sutra LTD is what happens when a mountain biker imagines a touring bike”. What they’ve put together is more than just your bog standard tourer – it’s a big, steam-roller of a toy that you can ride anywhere and do anything with. 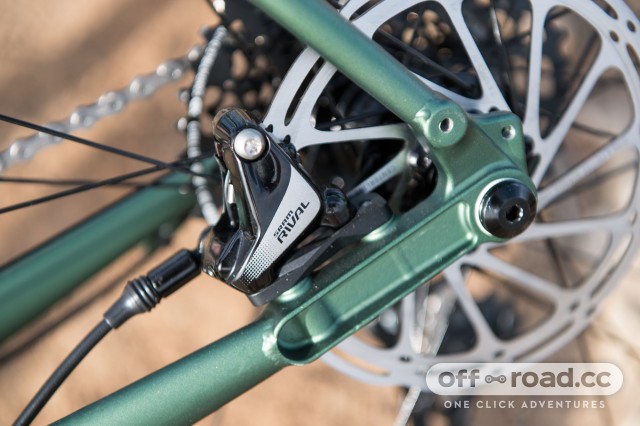 For 2018, the Sutra frameset has been updated with thru axles and flat mount brakes. It is very much a continuation of the previous model, but now also features full cable housing to protect against the elements, improved routing (all external) for better tyre clearance (and maintenance) plus an additional mount point on the forks.

Some people might say that this is basically a rigid drop bar mountain-bike, and they might not be totally off the mark. The wide 73mm BB shell fits mountain bike cranks and gives the necessary clearance for the huge 700x50c tyres. I discussed being able to squeeze in up to 2.3” mountain bike tyres on this beast. The 1x drivetrain, the short stem, the wide (drop-) bars all hint at off-road intentions. However, the spec and appearance belie its versatility – this is a bike that you can do anything on. 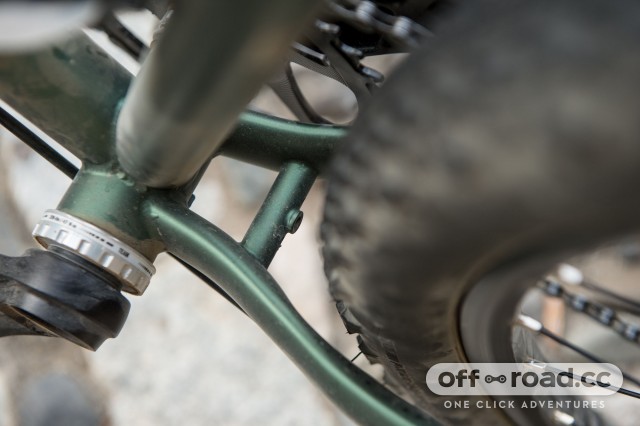 One of the key difference to note with this bike versus the Rove ST, Kona’s comparable all-steel frame, is that it uses a thicker and heavier duty frameset with around 0.1mm thicker walled tubing. It is built for abuse; be that loading it up with luggage or riding it on rough off-road terrain. This does mean that this is a stiff frame, though nothing that was too noticeable with the fitted high volume tyres.

That said, it wasn’t the liveliest of frames on the road. However, I can really see this frame coming alive when loaded up, just giving that tubing a little extra “spring”. When going off-road, and getting into the swing of things I started to get a feel for what this frame is capable of. Interestingly the frameset has been tested to mountain bike standards – again making clear at least part of the use Kona envisages for this bike. 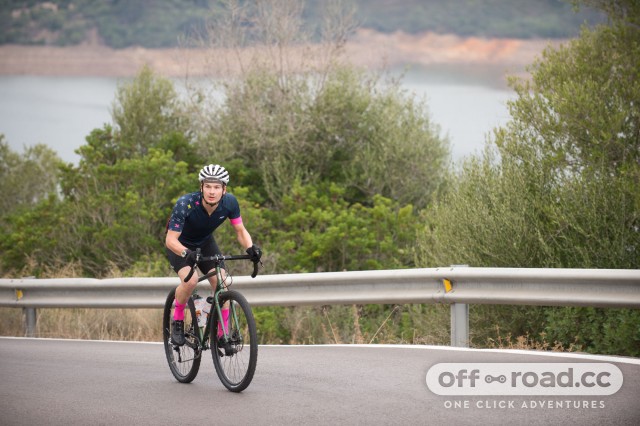 Unsurprisingly this bike is not the nippiest on road. The extra weight is noticeable, though despite this it’s not really a pain to get up the hills. In fact, the knobbly tyres are surprisingly fast rolling thanks to the flat centre tread. Kona actually worked with Clement to design these tyres and get a tread pattern that they liked. The bike comes tubeless ready and I ran them down to 20psi off-road. They definitely felt squishy at this pressure but the tyres felt like they were sucking you into the ground. The side tread also gives a nice amount of grip.

On the road, I found the 36T chainring a little under-geared, though the range was perfect as soon as we hit the dirt. In all honesty, if you’re going to be using this bike for touring you’ll probably want to fit a smaller ring to deal with the additional weight of luggage. Speaking of luggage, you’ll be able to mount basically everything with multiple attachment points front and rear plus three bottle mounts. The slightly increased rake of the fork over other models should also help with handling when loaded up. 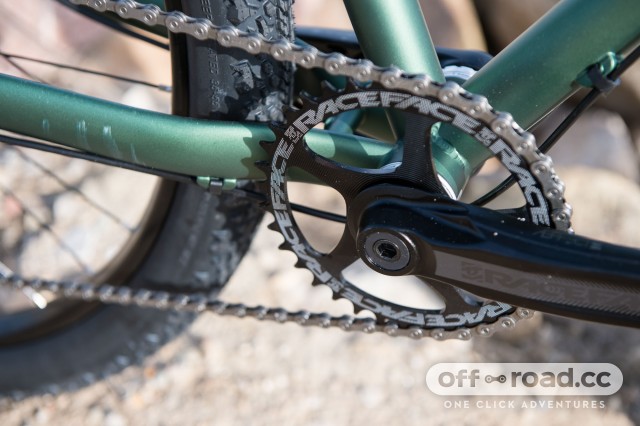 This is a bike that wants everything you throw at it and more. Those huge tyres roll over everything in their path. The short stem helps with manoeuvrability though I did find the long wheelbase a little cumbersome at times. I did notice some tendency to understeer whilst riding this bike on the roads.

However, I can’t really criticise this as that wheelbase is clearly part of the design intention of this bike. It has to be added that this also means the bike is super happy to recover from going sideways, whether in gravel or sand. When things start to get a bit sketchy this bike remains composed and stable. I’m sure that the wide flared bars help here. At 44cm, I would usually prefer a slightly narrower drop bar – but on this bike, these work really well. 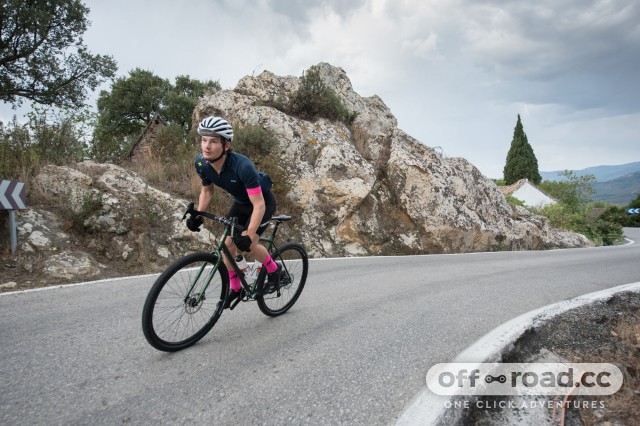 The relatively long chainstays make the front end less flickable and liftable than I would like in some circumstances. However, the addendum has to be added once again that this bike is really designed around a use case where stability is paramount.

This bike has been tested on MTB trails and it shows. It is capable on the roughest of terrain. However, this inevitably comes with some compromises of on-road performance. At a certain point, the wide tyres start to feel quite sluggish and I felt the drag at higher speeds. I was also aware of the BB shell and q-factor – the wider stance felt slightly unnatural on a drop bar bike. 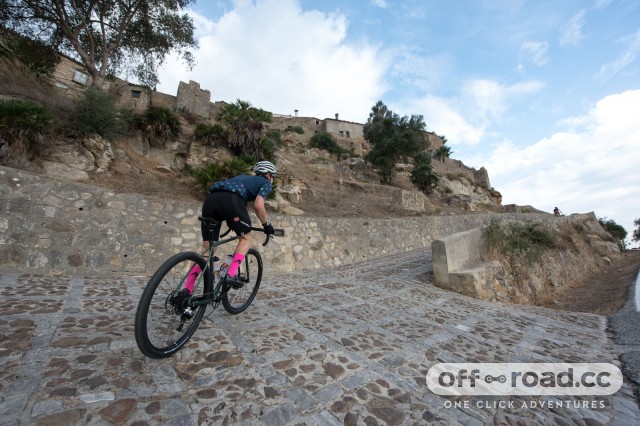 I felt surprisingly un-fatigued after a day’s riding – this bike puts you in a comfortable and cosseted position. If anything I feel the position can be a bit forward when in the drops – personally I would fit an even shorter stem just to be able to move my weight back a bit further and perhaps speed up the front end handling slightly. Of course this also completely depends whether you’ll be spending more time in the drops or hoods.

So the question that will probably be asked is what is this bike for? Where should it be used? There’s no truly conclusive answer for that, as this is a bike that defies classification. It’s almost a mountain bike but not quite; it’s capable on-road but doesn’t excel there. However, this is a bike that you can do anything on and adapt to your own needs. It forges its own path.

The conventional wisdom for a tourer is to use proven and established components for worldwide availability of spares. Arguably this bike uses new technology such as new-fangled disc brakes and 1x drivetrains – this is a bike that mixes the modern and the old to great effect. As Kona has put it – really this is a mid-80s mountain bike with the technology of today. 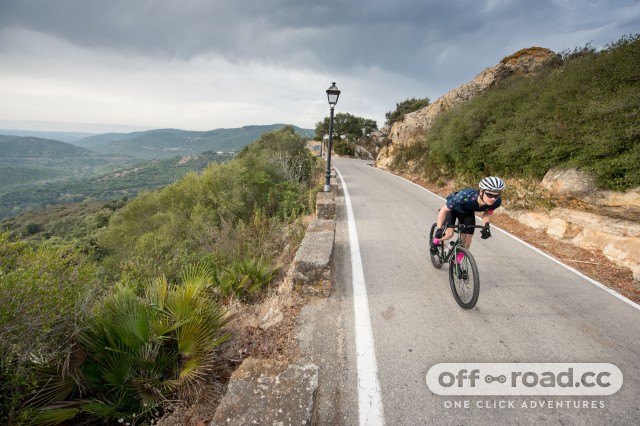 Above all, I think this is a bike you can have fun on. To romanticise a little, perhaps it’s a bike that goes to the roots of what biking can be, put together by people who aren’t trying to make something that “makes sense”, but something that they want to ride and use themselves. I’m not really sure what I would need it for, I’m not really sure that it would excel over another bike in any particular area, I’m not sure whether I can define what it’s for – but despite this it’s a bike that I feel compelled by and would unavoidably have a lot of fun riding.

All shots by Geoff Waugh