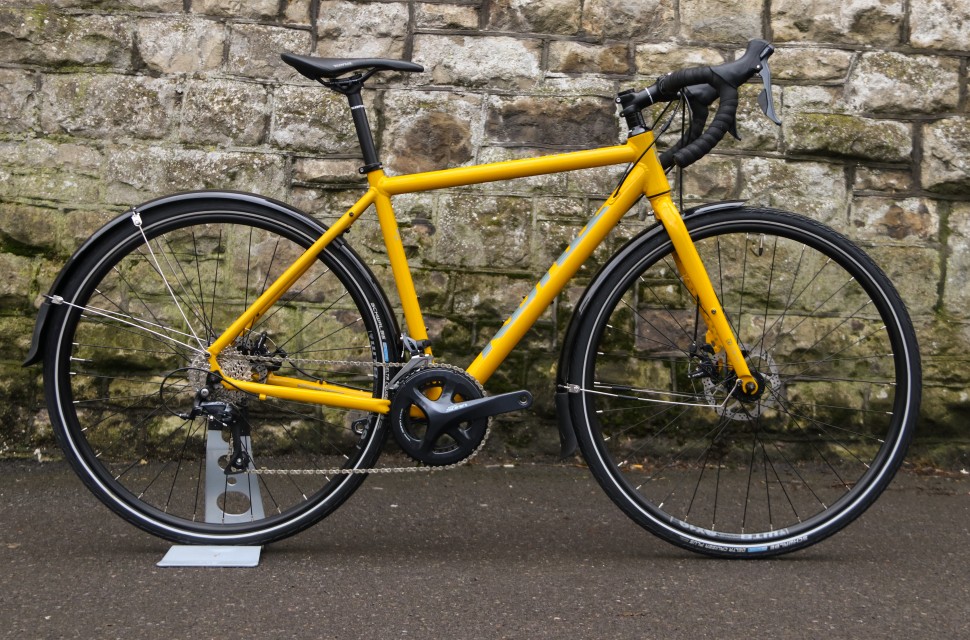 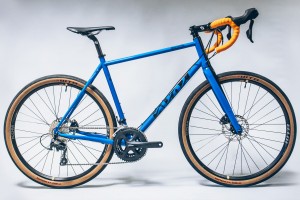 The Rove range from Kona sports two gravel bikes built from either steel or alloy, different wheel sizes and a few price range options. There's something there to suit both the hardcore gravel grinder or the versatile commuter. We have already reviewed the Rove NRB and now it's time to take a look at the Rove DL.

The Rove, launched in 2013 has predominantly cyclocross DNA but modified to now feature a lower bottom bracket, space for wider tyres and additions like disc brakes and rack and mudguard mounts.

For 2018 Kona has completely revamped the Rove and built the top three models around the highly fashionable 650b wheels and tyres, with a choice of a steel Reynolds 853 frame on the range-topping model alongside two more affordable aluminium versions. The Rove NRB we tested fell into the latter category here with an alloy frame and carbon fork. Elsewhere in the range there are five versions of the Rove rolling on 700c wheels, including this Rove DL we have here. 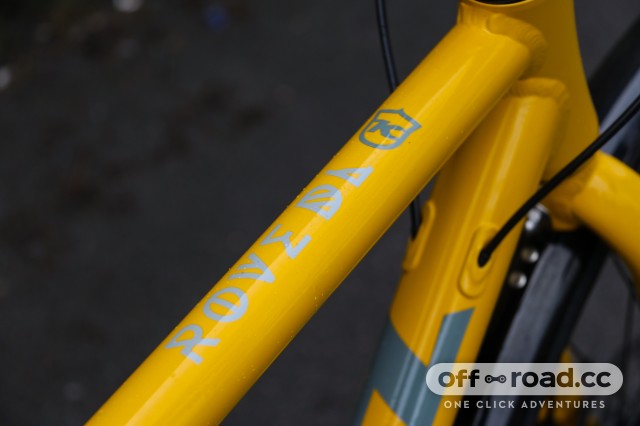 The Rove DL isn't the bottom spec bike but its pretty close, this version here comes in at £900, under it sits the also all alloy Kona Rove at £700 and then above it is the Rove NRB with a carbon fork. The Rove DL gets an aluminium frame and fork and plenty of cool frame detailing, the Gloss Mustard colour of this bike saw a lot of appreciative stares in the office! 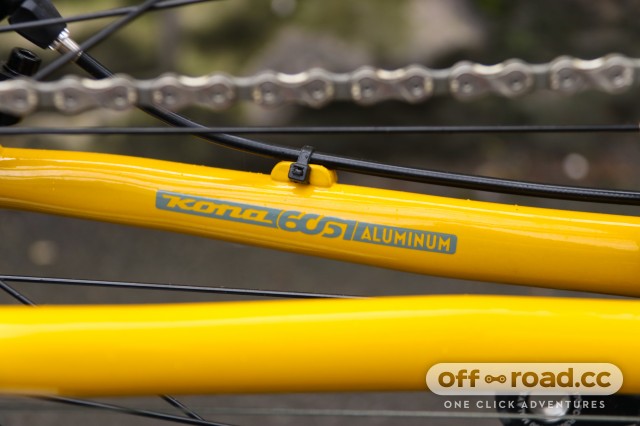 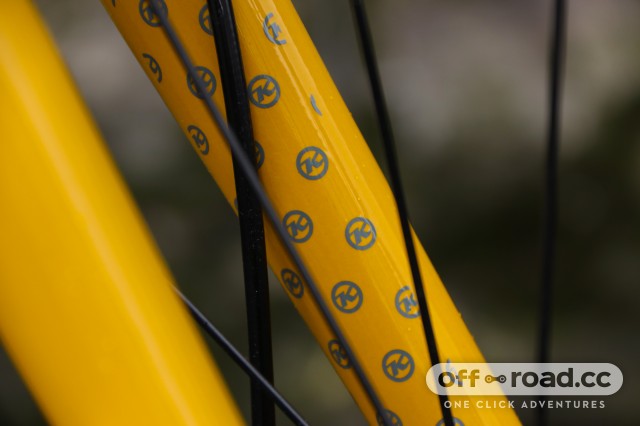 The Rove's offer nearly exactly same geometry across the range, the Rove DL has a longer fork and, as a consequence of this and the 700c wheels (depending on volume compared to the 650B bike), a slightly higher bottom bracket and a higher standover than the carbon forked version. It also sports a longer wheelbase and top tube, but this is minimal, we're talking a millimetre or two compared to the 650B bike. Things like head angle, effective seat angle and seat tube lengths are identical though. The other main difference is the sizes available, seven sizes for the Rove NRB and above (from 48cm to 58cm) and above, but only six for the Rove DL and Rove, missing off the smallest size for these cheaper bikes. 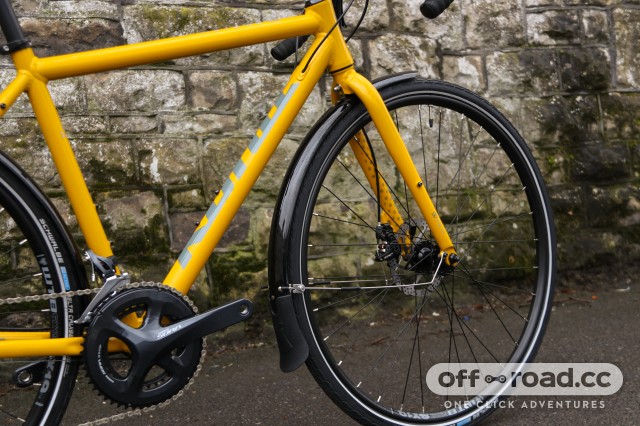 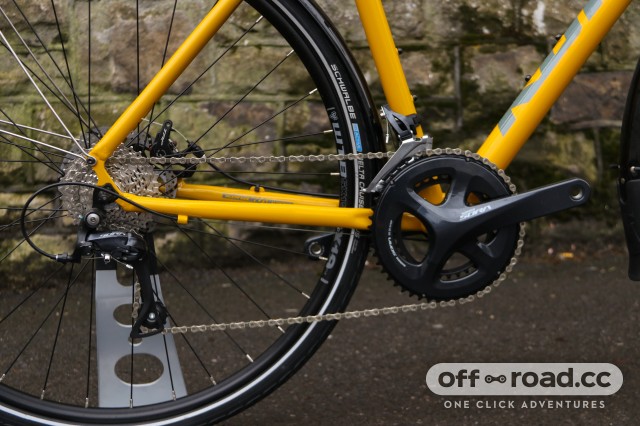 Spec wise the Rove DL features a Shimano Sora drivetrain, it's 9 speed with a 34/50t front chainring set up. Braking is dealt with by way of TRP Spyre C mechanical disc brakes paired with 160mm rotors front and rear. The wheels are WTB SX19 with Formula hubs paired with a pair of Schwalbe Delta Cruiser Plus Puncture Protect tyres measuring 700x35c. There looks to be a little more room for beefier rubber and certainly room to downsize on wheels and upsize on tyre diameter by going 650B x 40c as per the other Rove's in the range. 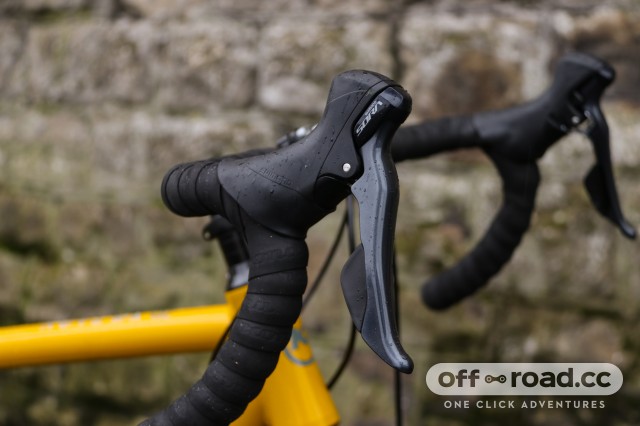 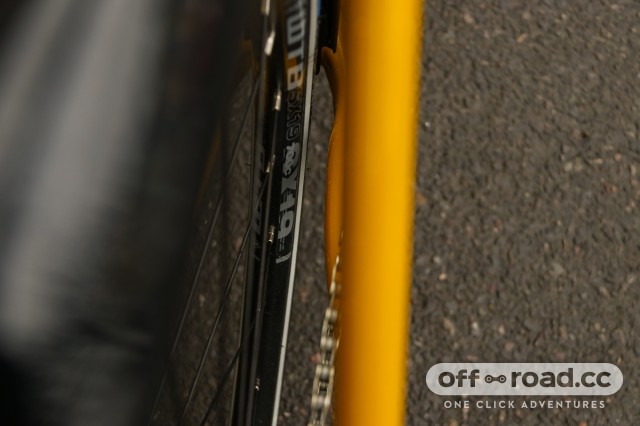 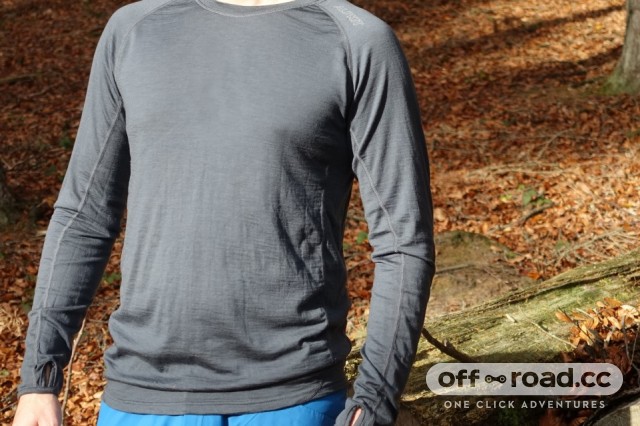 The Rove DL is the only bike in the range to come with a full complement of fenders and mudflaps so it's ready to go instantly for some winter miles and commutes. There is all the expected rack mounts too given the tour or commuting nature of this gravel grinder. 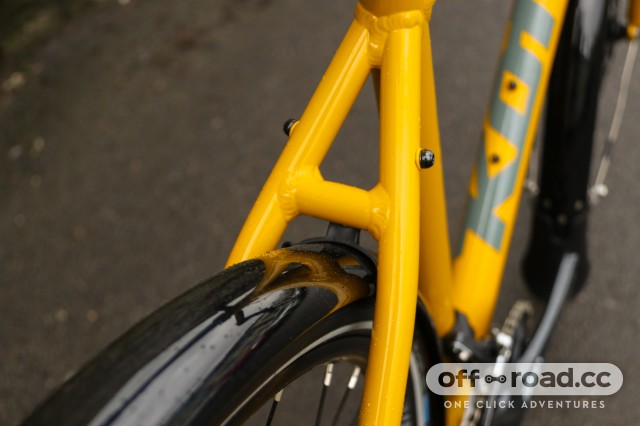 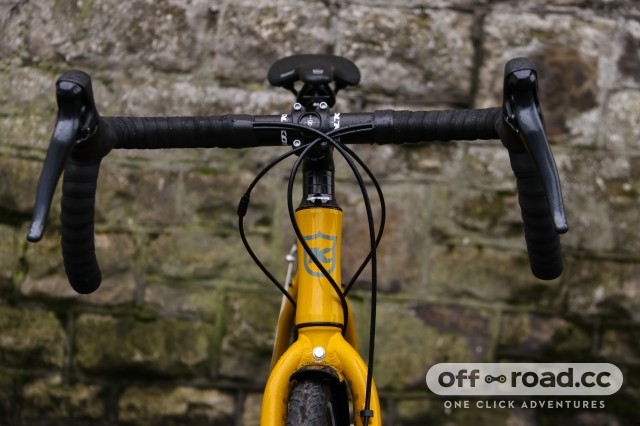 Our friend at road.cc will be giving this bike a thorough test, we'll get back to you with the verdict as soon as we can!