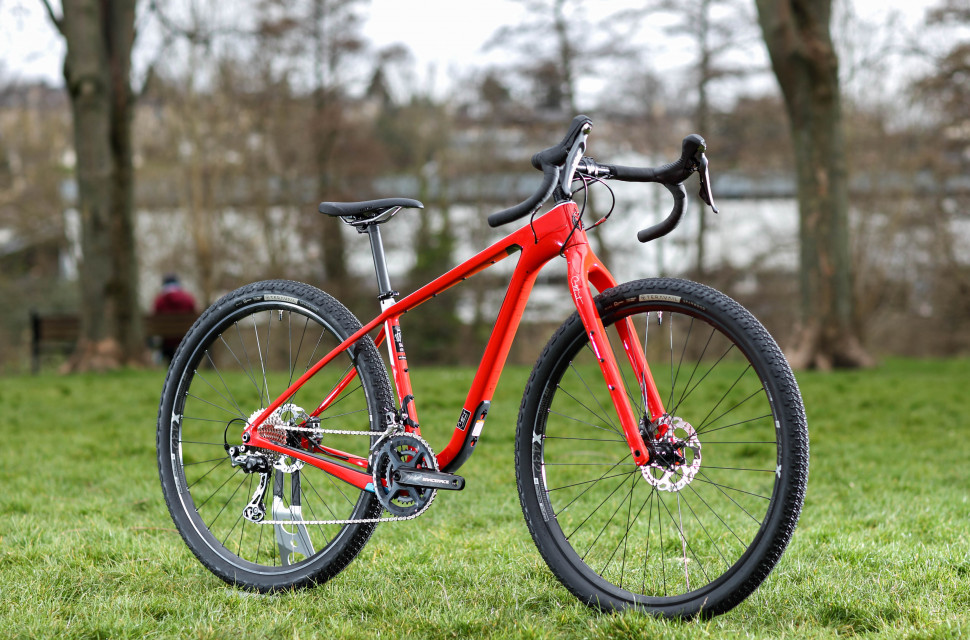 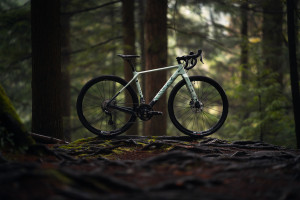 The Cutthroat is Salsa's Tour Divide-inspired drop bar bike and for 2021, it promises more compliance, wider drivetrain compatibility, and more accessory mounts than ever before. Our Matt has managed to swing a leg over the new gravel bike ahead of launch and here are his initial thoughts after his first ride.

For 2021, the Cutthroat gets a host of cool tech to make it easier to live with and even more bikepacking ready.

To start, it now comes with Salsa's Cutthroat V2 Carbon Fork which is promised to be 32% more compliant than its previous iteration. It also comes with a pair of abrasion-resistant plates in areas that are expected to suffer from high levels of wear. It gets a set of Three-Pack mounts on each leg and it's compatible with the brand's Down Under rack.

It's also got internal routing for a dynamo and the front brake. The fork isn't exclusive to the Cutthroat either, if all of this sounds like something you would like on your own gravel bike, it's available aftermarket with either an alloy or carbon steerer.

However, if that sweet boss-ridden fork isn't quite your thing, the Cutthroat is compatible with suspension forks with 100mm of travel too. That's super useful if you're planning on riding this bike a little harder. 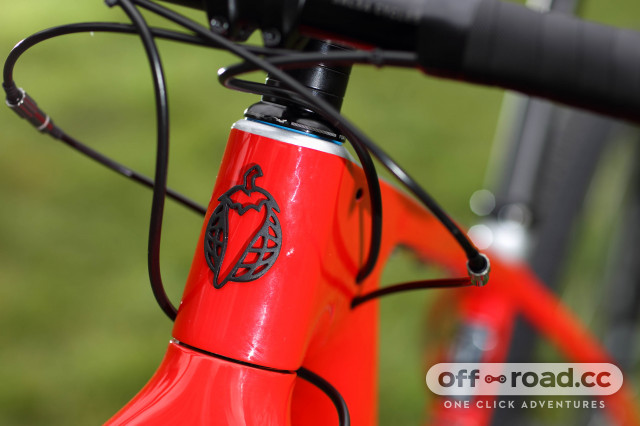 Of course, the bike is much more than its fork and the Cutthroat's frame comes with a Class 5 Vibration Reduction System that's designed to absorb vibration for a more comfortable ride.

There's also massive scope for carrying cargo. The frame is compatible with Salsa's EXP Series Direct Mount Frame Pack which offers tool-free installation using a handful of thumbscrews and mounts around the frame. 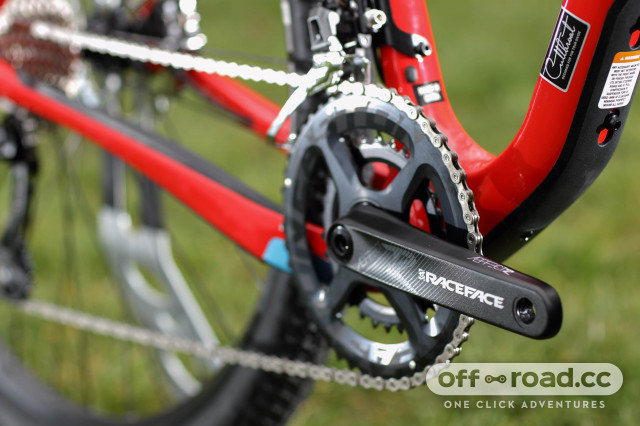 Then there are three bottle mounts inside the front triangle along with two accessory mounts on the underside of the downtube for even more carrying potential. The plethora of mounts don't stop there, it'll be rude to forget the top tube mounts specially designed for Salsa's EXP Top Tube Bag.

The Cutthroat can now accommodate a larger range of drivetrains using what Salsa has dubbed the Road Boost Drivetrain. The new bike can use road drivetrains paired with wider spaced mountain bike boost cranks which offer what Salsa reckons is the best chain line but it also means that the brand has been able to build in loads of tyre clearance for up to a 29x2.4" bit of rubber. 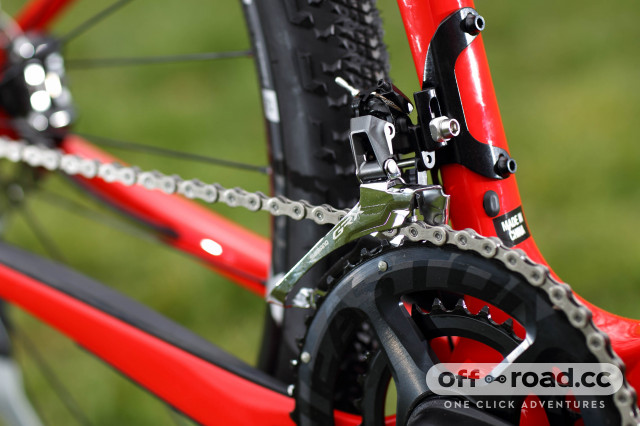 It can also work happily with either 2x or 1x drivetrains both mechanical or using SRAM and Shimano's wireless offerings. This increased drivetrain compatibility also comes thanks to the frame's Boost 148 spacing.

Other neat features include flat mount brakes at either end, sleeved cable routing to hopefully keep things nice and quiet, and the frame is dropper post compatible with either 1x or 2x drivetrains, although the latter will need an externally routed dropper. 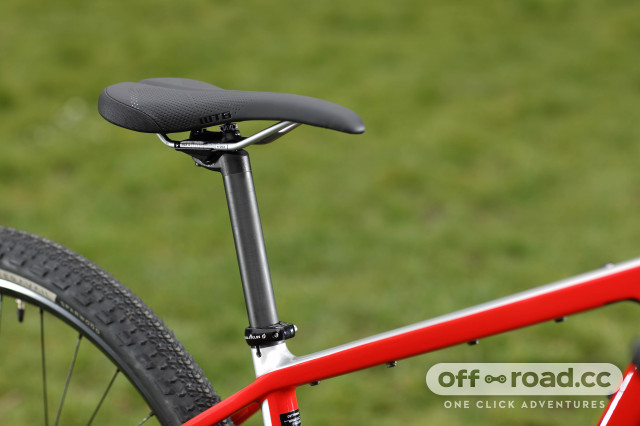 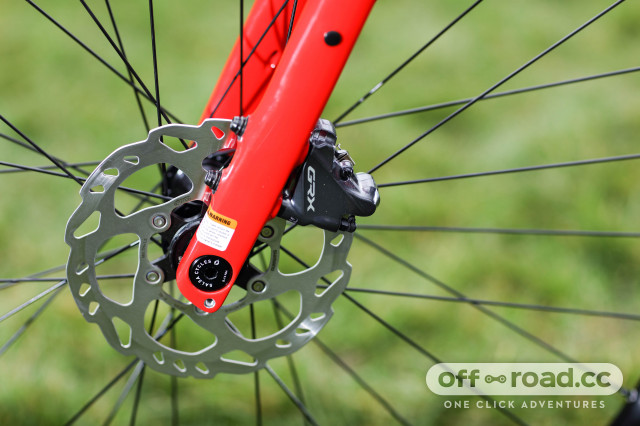 Along with our test bike, there's a full range featuring two other bikes for the UK market and then a frame-only option. All builds run full carbon frames with all of the same tricks and features. 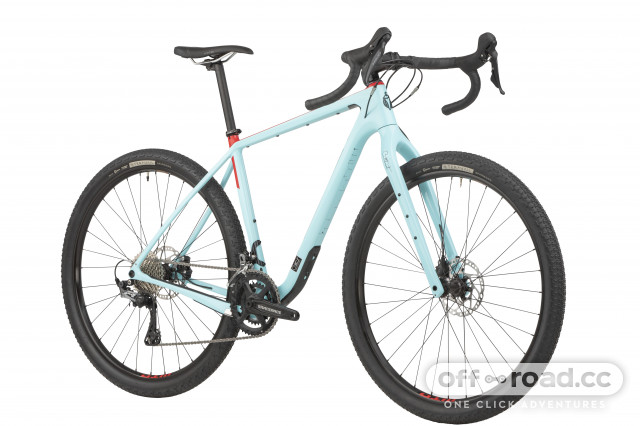 One beneath our top of the range bike, there's the Cutthroat Carbon GRX 600. It comes with a Shimano GRX 810 drivetrain but with GRX 600 brakes and a Race FaceRide crankset. It come with a Salsa alloy seat post and Shimano MT400 hubs laced to WTB ST TCS i25 rims. This one is priced at £3,450. 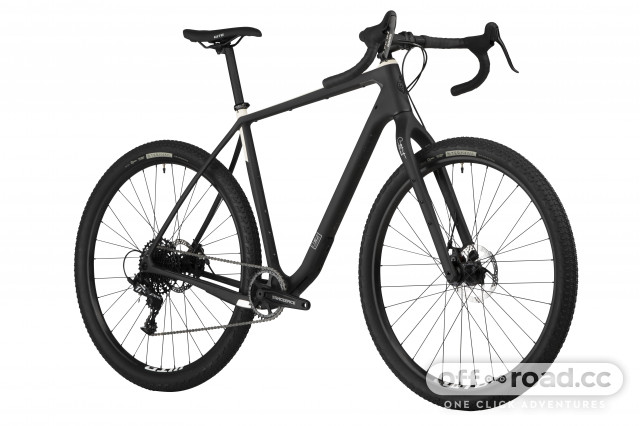 Moving over to the other end of the range, there's the Cutthroat Carbon Apex 1 that gets a SRAM Apex 1 1x drivetrain with TRP Spyre-C brakes. This one rolls on a pair of WTB ST i23 rims laced to WTB Serra Hubs and they're wrapped with the very same tyres as the range-topping bike. This one is priced at £2,950 and the frameset will set you back £2150. 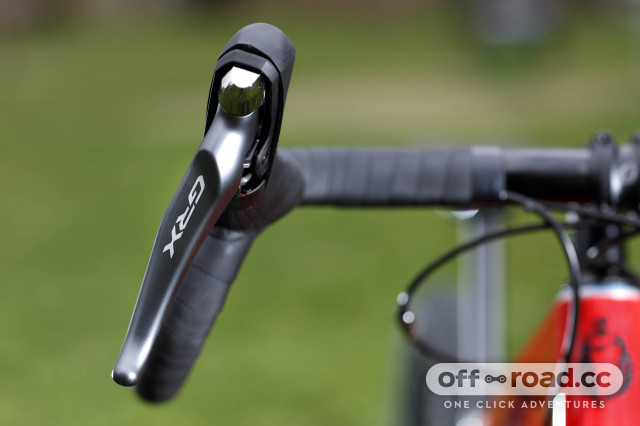 As for the spec on our bike, we get a Shimano GRX 810 2x drivetrain with matching brakes and 160mm rotors. It then rolls on a pair of Shimano Deore XT hubs laced to DT Swiss X 432 29" rims. Those are shod with a pair of Teravail Sparewood 29x2.2" tyres.

Our resident gravel adventurer Matt has been quick to swing a leg over the Cutthroat and has taken it through a demanding overnighter over the Trans Cambrian Way and here's what he has to say about the bike.

"From the initial ride, which was a loaded 2-day bikepacking trip, testing as the bike was intended to be ridden the immediate thoughts are on the comfort that the bike provides. The large volume tyres certainly help, but there is also some comfort from the frame and seat post with the use of the dropped top tube, giving an extended seat post height, which then allows a little more flex. 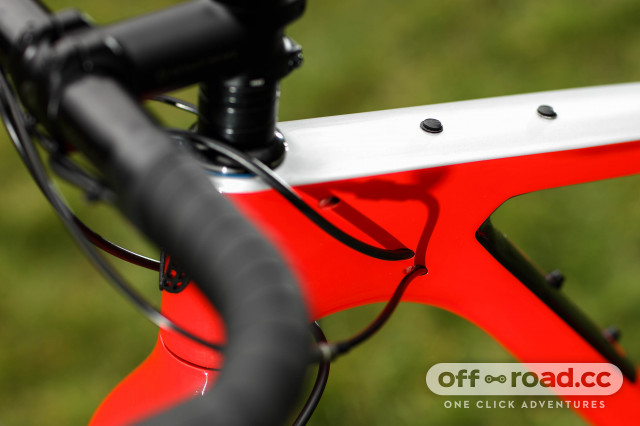 When loaded it handles well, even on rougher more technical terrain, and while the front end is high compared to most more typical gravel bikes, it feels very competent and I found myself using the drops to climb with the extra leverage on the flared bars helping.

I am looking forward to testing the bike for unloaded rides, to see if it can be versatile and not just a loaded mule horse but instead be a viable all-round gravel bike option."

So that's it on the Salsa Cutthroat Carbon GRX 810 now it's over to Matt to put the bike through its paces. For now, though, make sure to keep your eyes peeled for the full review coming in a few weeks.