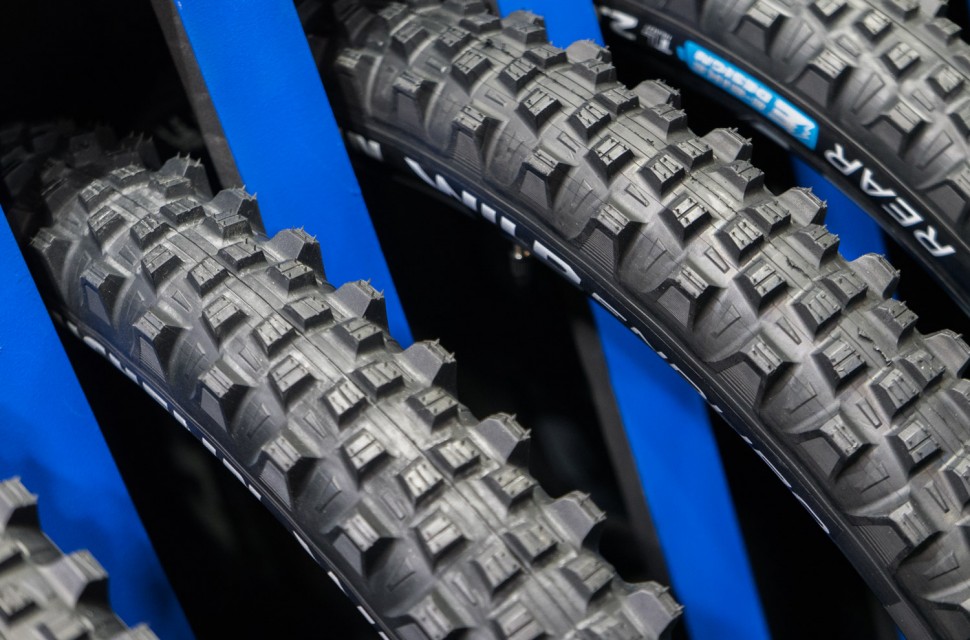 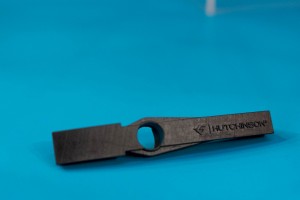 We know you lot like a nice rubbery roundup, so while we were at Core Bike 2019, we went and sniffed out a selection of new and interesting mountain bike and gravel treads set to land over the coming year. It's safe to say it's going to be a bumper one, with more to choose from than ever.

Big news at the show was that Michelin is heading back into the mountain bike market in a big way in the UK, with a new distributor promising to increase the availability of the legendary French brand's tyres, which has been a bit of an issue in the past. There are two totally fresh treads from the Michelin Wild Enduro range, which consists of front and rear specific tyres made for, well, enduro. 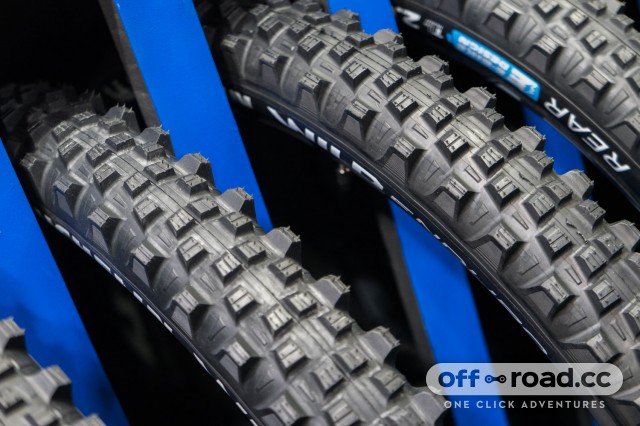 The front tyre gets a more aggressive centre tread while the rear is a little lower profile for better rolling resistance and they come in tacky Magi-X and harder Gum-X compounds. The latter comes in 2.4", 2.6" and 2.8" sizes while the Magi-X is only in 2.4", though 650b and 29" versions are available in all. Prices start at £45 and top out at £50 - we've had some land just recently and we're keen to give them a go... 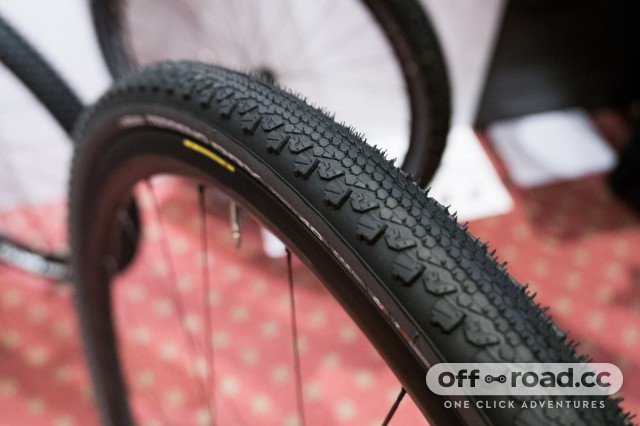 Vittoria's super fast rolling gravel and hardpack Terreno Zero tyre is now coming in a 650b option with chunky 47mm width as well as a 700x37mm version. As well as using a triple compound with Graphene (teensy tiny molecular rings of carbon atoms) in there, there's also the choice of a tough TNT or lighter TLR casing, both of which are tubeless compatible. 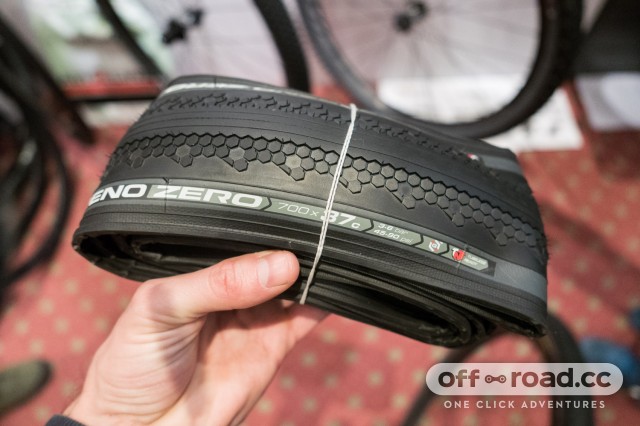 Some of these along with their more aggressively edged Terreno Dry siblings, should be landing soon and we're keen to see how the ramped tread works out. 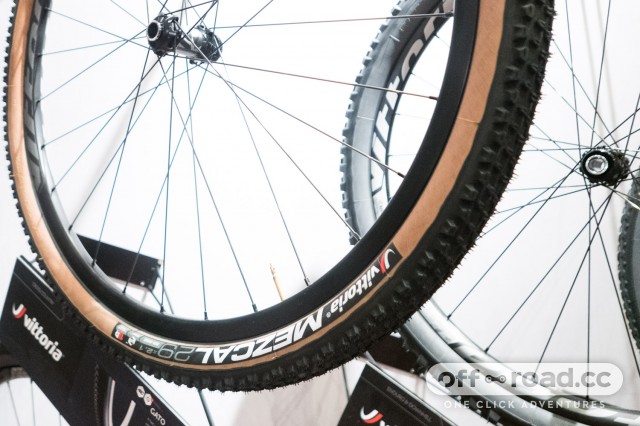 Vittoria has also bolstered its mountain bike range with a new dual ply casing that's offered on selected tyres such as the Mota and Martello. Their cross-country range now has a gumwall that said to drop around 80g too. 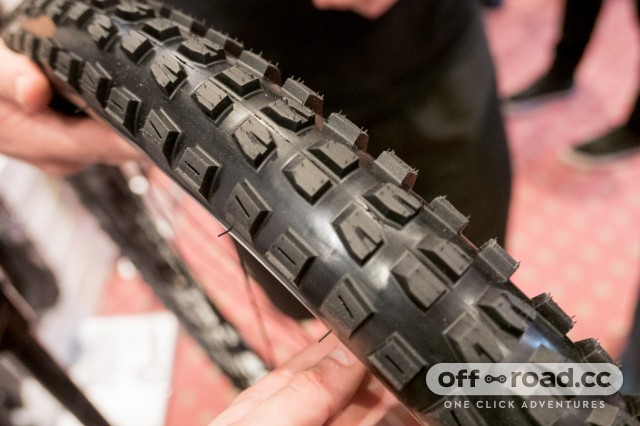 It's very much about the tougher-than-trail, lighter-than-downhill casing these days and Panaracer has got on board by offering the Aliso and Romero tyres in a new Anti-Flat Plus format that's said to offer superior puncture resistance. 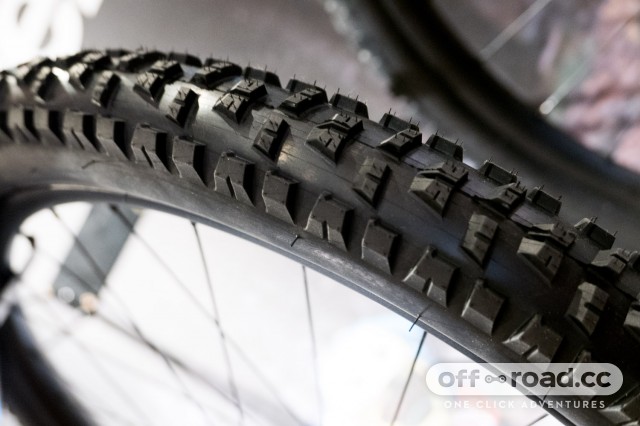 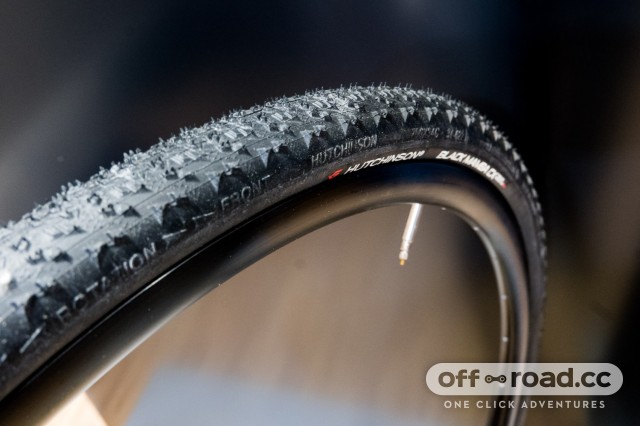 If you're after fat mid-sized rubber for your gravel bike, then you're going to be spoilt, with a 650bx47mm version of the Black Mamba CX now available. While the CX moniker might be not so on trend, it shares a tread pattern with their Black Mamba mountain bike cross-country tyre, so it should do the trick just fine. 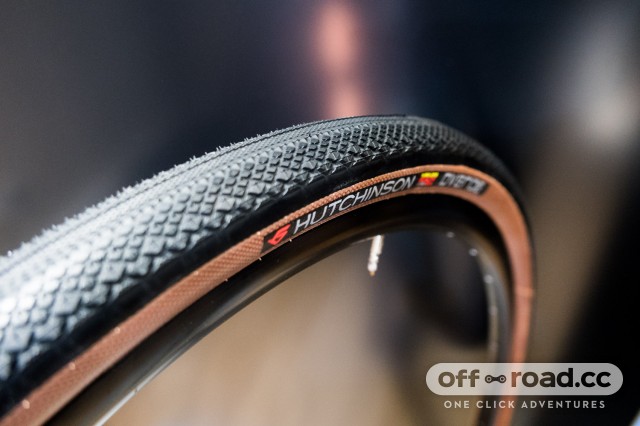 If you do want a super fast and dedicated gravel tyre, then the Diverge might be more up your street, with a low profile centre and progressively more lumpy edge. It's only in 700c for the time being, but both 34mm and 38mm options will be available.