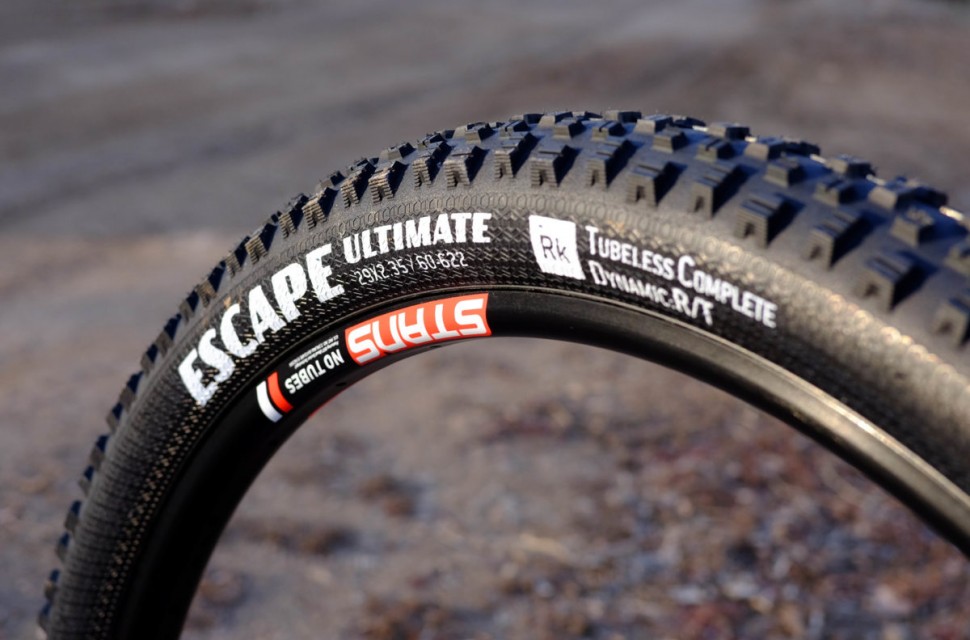 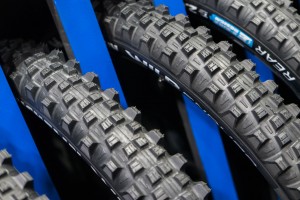 Video: Olly Wilkins does advertising of Goodyear Newton E-bike tyres
It's not what you think and it is a must watch...

Car tyre manufacturer Goodyear Tires - yes, they of the blimps - has announced that it's entering the bicycle market in a big way, with a very complete looking new off-road tyre range covering everything from downhill and enduro to cross-country and gravel.

History is littered with big automotive brands and manufacturers coming to the bike industry and thinking they can do it better - with extremely mixed results. However, it looks like Goodyear hasn't underestimated the strength of the competition and the range looks impressively well thought out with a decent selection of casings, compounds and tread patterns.

All the tyres are available in two carcass types, with the cheaper 'Premium' tyres using thicker fibres for a lower thread-per-inch count and the pricier 'Ultimate' rubber getting thinner threads and a higher TPI for a more supple, faster rolling casing.

They're also not afraid of throwing a bit of shade at their rivals, with a non-too subtle statement that they're amongst the few tyre brands that actually develop their rubber compounds from scratch rather than simply taking what they're given.

When it comes to layup, standard tyres get a single ply, the enduro 'EN' tyres get the standard ply plus a single bead-to-bead layer of reinforcement that they call a 1.5 ply, while full-on 2-ply downhill 'DH' uses a double layer for maximum protection. 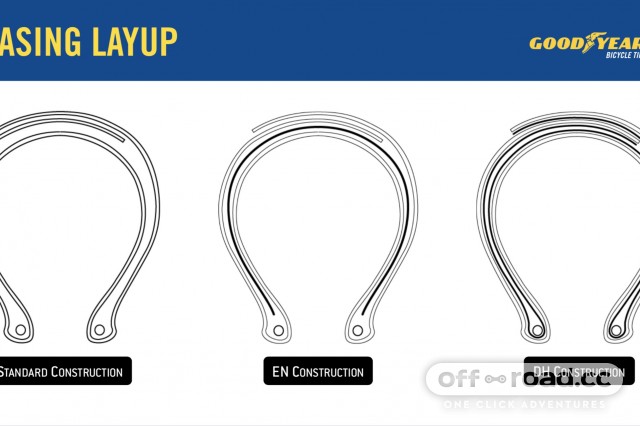 The mountain bike lineup consists of four tyres, ranging from the fast rolling Peak, the trail focussed Escape, the enduro and downhill ready Newton and it's more aggressive brother, the Newton ST. 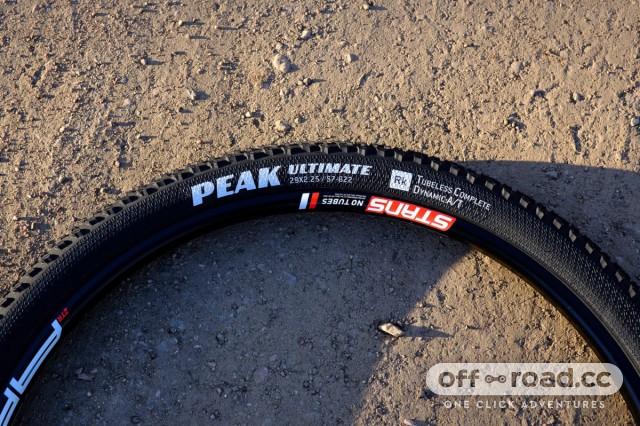 The Peak is a lightly treaded cross-country tyre designed for speed and it comes in just one 2.25" width but both 27.5" and 29" wheel sizes. Both the £50 Premium version and £60 Ultimate version use the same Dynamic:A/T multi-compound rubber mix that's designed for a mix of fast rolling and wear resistance plus a reinforced sidewall and are Tubeless ready too. 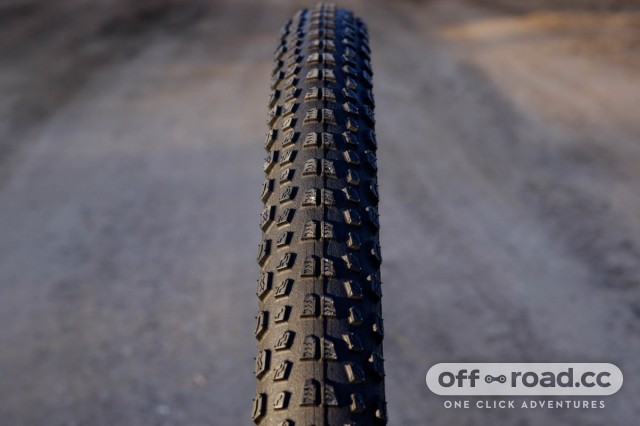 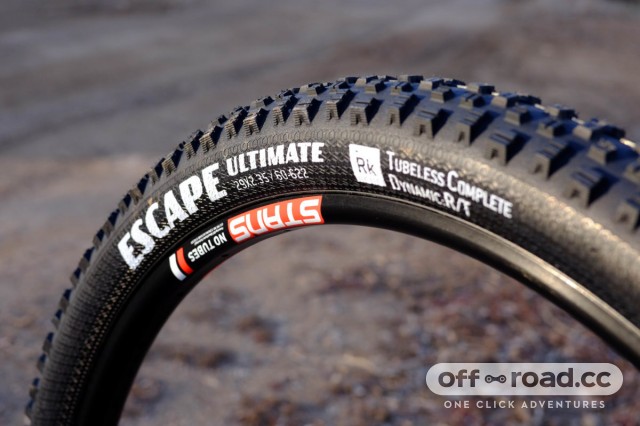 Moving up the aggression stakes is the slightly pointier Escape. Again, 27.5" and 29" wheel size versions are on offer in both Premium and Ultimate, but you get the choice of 2.35" or 2.6" volumes in either. 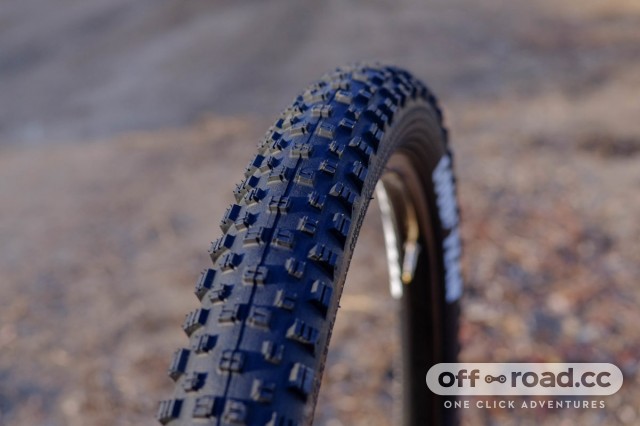 Again, there's only one compound choice in the form of Dynamic:A/T, but you can also opt for a heavier EN casing in the high volume 2.6" tyres - which might make for a fast rolling rear enduro tyre when paired with one of the burlier options up front. 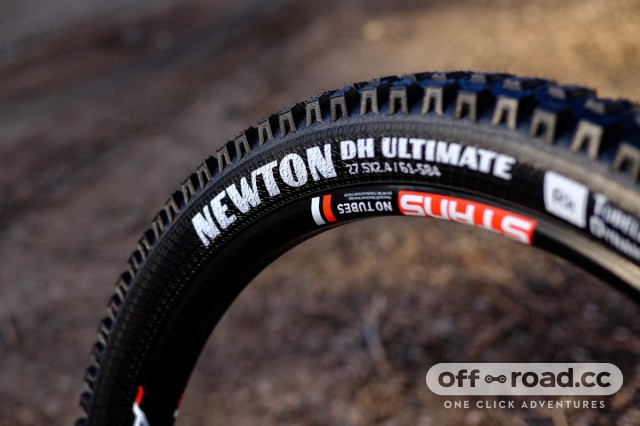 Moving into the World of Enduro, we have the Newton. It's got a pleasingly chunky edge tread that looks somewhat, ahem, inspired by another tyre, but with a centre tread that isn't overly prominent for reasonable rolling resistance. 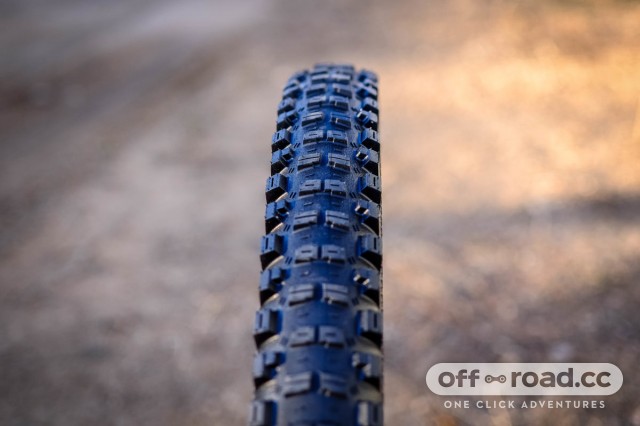 Once again, both 27.5" and 29" wheels are catered for, with 2.4" and 2.6" widths. The mid-weight EN or even burlier DH type are the only casing options, using mid-stickiness Dynamic:R/T rubber mixtures or the stickiest Dynamic:RS/T compound respectively. It'd have been nice to see a super sticky lightweight casing tyre for enduro racing in the soggy conditions of the UK, but there we are. 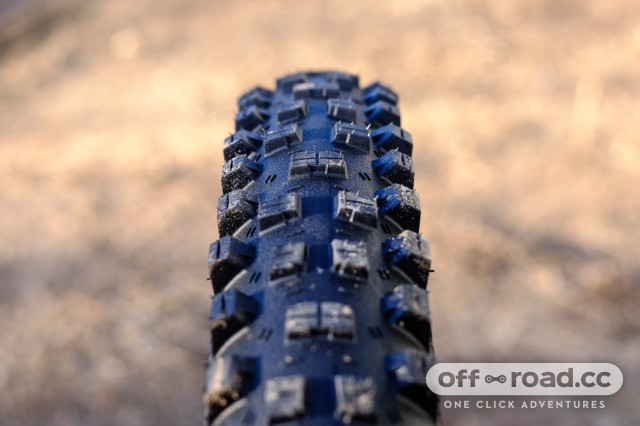 This is probably the mountain bike tyre that'll get the most traction (!) in the UK, with a nicely aggressive centre tread and shoulder. if you squint, it too looks like there's been a smidgen of borrowing of tread layout from a certain intermediate mud tyre, which is no bad thing as it works really well.

Sizes and specs are the same as the standard Newton, as are the prices, though weight is slightly up across the range. 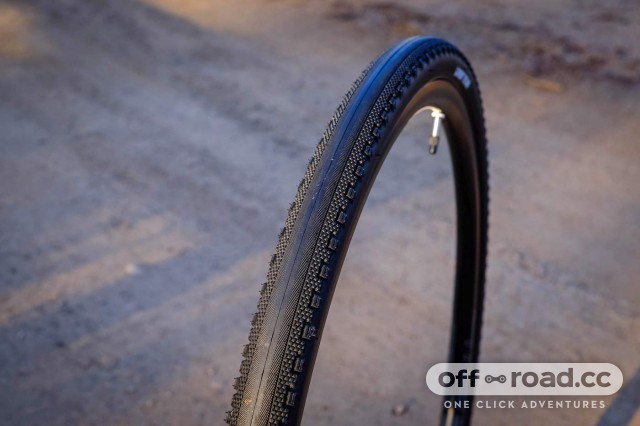 Okay, so this isn't an out-and-out gravel tyre, but it looks good for the sort of use more gravel bikes get most of the time - namely a bit of commuting on the road plus the odd towpath or tame singletrack jaunt thrown in for good measure.

It's only available in 700x35c with a tubeless ready reinforced casing and claims to have best in class wet grip. The £50 Premium tyre gets a fast rolling Dynamic:Pace compound, while the £60 Ultimate tyre has a softer Dynamic:A/T compound. Weight is claimed at 526g and 441g respectively. 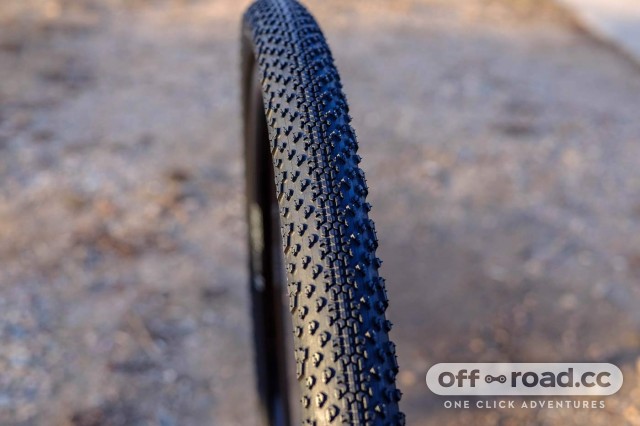 Coming in a fatter 700x40c, this is a true gravel/drop bar off-roading tyre, with a more aggressive tread pattern with decently prominent edge tread paired with a more densely packed centre.

As with the identically priced County, the Premium tyre gets a faster rolling compound but the Ultimate goes a bit stickier.

Obviously, we're rather keen to get our paws on these sooner rather than later, so look out for a review as soon as we've figured out who will be selling them in the UK...