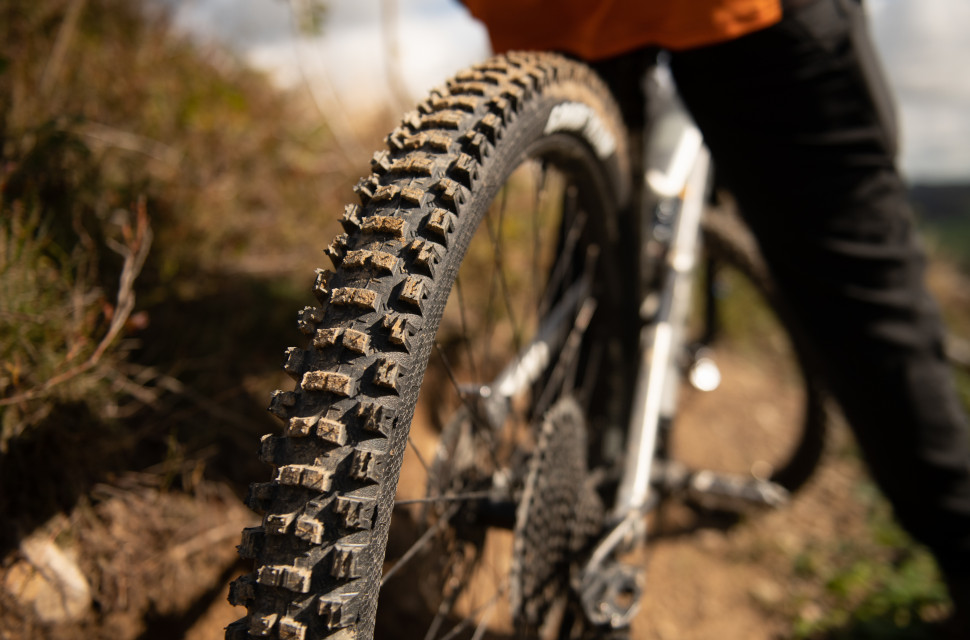 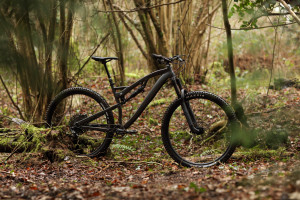 Goodyear has introduced two brand new tyres into the line up. Featuring new tread patterns that draw inspiration from tyres found on motocross bikes, the Newton MTR and MTF tyres are designed for trail, right through to e-bike use. The fresh rubber also makes use of the brand's Intended Usage Derived Construction. Here's everything you need to know.

Goodyear's Newton MTF and MTR tyres have been designed as a system with the aim of inspiring confidence across a range of conditions. With that in mind, the brand has released two new tread patterns that are designed specifically for use at the front or rear of the bike. 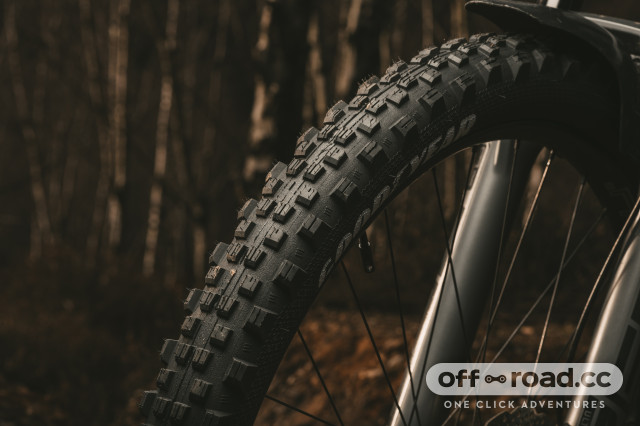 The Newton MTF is the front specific tyre, as suggested by the 'F' in its title. This one is made with a large block tread that's been optimised for control in a straight line, confidence when cornering and strengthy braking. Those blocks are then spread wide enough to shed mud, ensuring performance in even wetter conditions, says Goodyear.

Specific to the MTF is a rounded profile that increases the tyres' damping capacity and an increased tread height, elongating the tyre's footprint. The brand says that the combination of these features improves cornering traction and braking control and that it encourages lean angle. 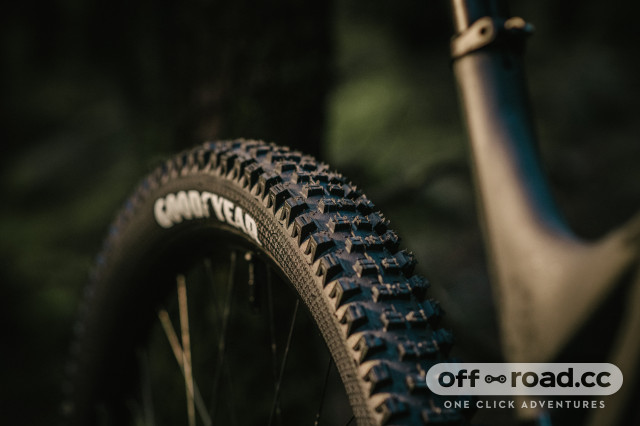 Then, the rear-specific Newton MTR gets a design that focuses on the drive, speed and durability. This tyre is much squarer which increases the lateral footprint, boosting traction under braking and confidence when cornering, says the brand.

Along with the new treads, Goodyear has introduced its Intended Usage Derived Construction which offers three combinations of casing builds and rubber compounds. This has been done to maximise the tyre's performance for the style of riding it's likely to be used during. 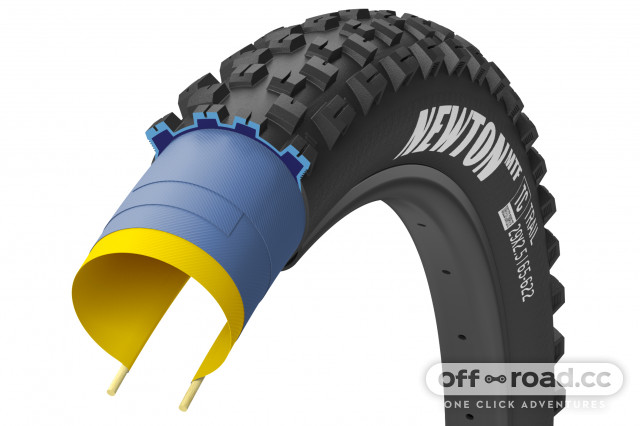 Starting off with the Trail model, it gets a 50/60a rubber that's mated to a 60TPI casing. It then benefits from bead to bead cut and puncture protection. Moving up to the Enduro model, it gets a triple-density 40/42/60a compound with a dual-ply 120TPI casing and burlier butyl sidewall protection. Up the game again and the Downhill build gets the same rubber compound as the Enduro model but with a dual-ply 60TPI casing and a downhill-specific butyl sidewall, providing the most protection. 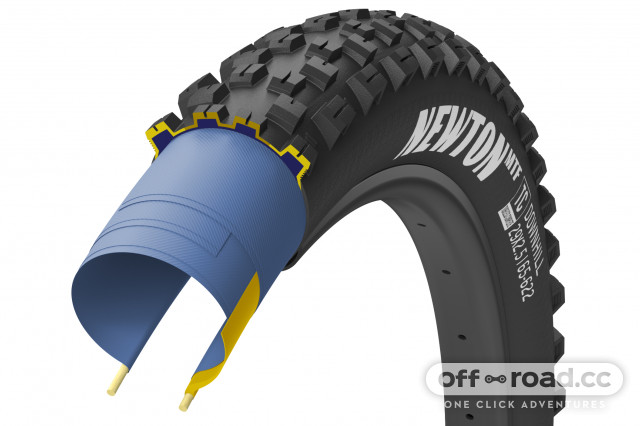 Things do change a little on the Newton MTR, as it is built with a 40/50/60a rubber with a harder compound at the centre tread and softer on the shoulder knobs. 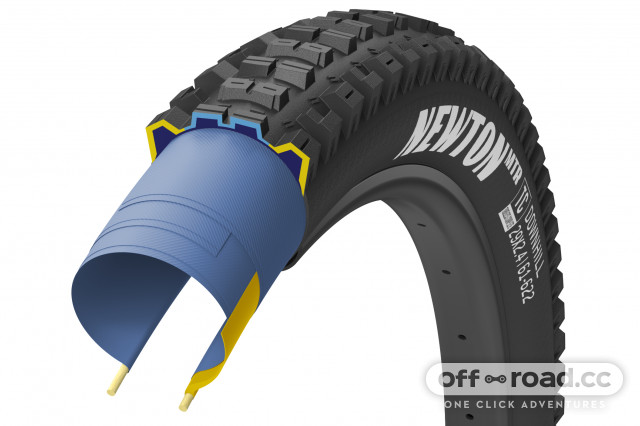 We've already got our hands on a pair of these for testing and they'll also be used throughout the Team ORCC enduro season, so be sure to check that out for some early thoughts.