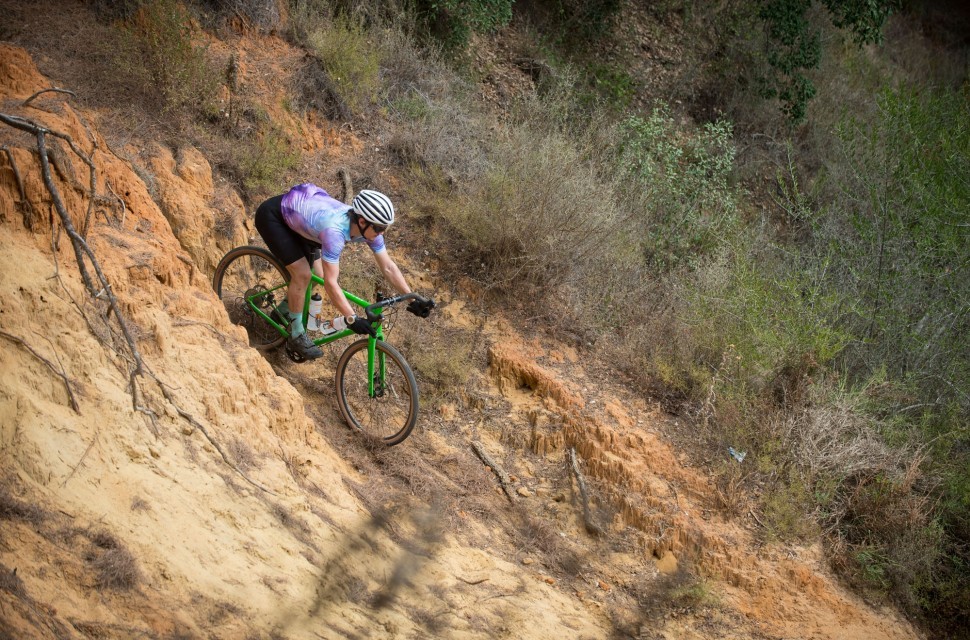 In no particular order, we take a look at the toughest mountain bike and gravel events we could find. Fill your calendar with these beasts and you’d be in for a year of epic proportions! From bikepacking the ridge of the Rockies to a heli lifted enduro feast in Canada, these events aren’t for the faint-hearted, the ill-prepared or the unfit. Tuck in and see if you can add one to your bucket list.

Although we aren’t listing these in any particular order, for us, the Tour Divide had to be the first on the list, the 2,745 mile (4418km) takes in 200,000ft of climbing in a route along the spine of the Rocky Mountains from North to South between Canada and Mexico.

The route is called The Great Divide and is open to ride all year round but every June ‘Grand Departs’ are scheduled and riders begin the route from either end challenging the route together. There is no formal entry, no entry fee and no prize but kudos is given for the fastest time in 2018 being taken by Lewis Ciddor who travelled the route in 15 days 2 hours and 8 minutes. Incredibly that would mean he rode an average of 183 miles per day!

The event is totally self-supported and riders must be prepared to face miles of solitary trails with infrequent service stops. The landscape is remote, the weather is unpredictable and good navigation is key. Most competitors choose to kip for a few hours in a bivvy before moving on through the Continental Divide. It’s a challenge of epic proportions that totally deserves the use of the word Epic.

If you want to know what it’s like to take part in the Tour Divide have a read of Lee Craigie’s story here. She’s part of the Adventure Syndicate and not only an incredible rider but an awe-inspiring lady too, this blog will have you enthralled, motivated and probably aghast! 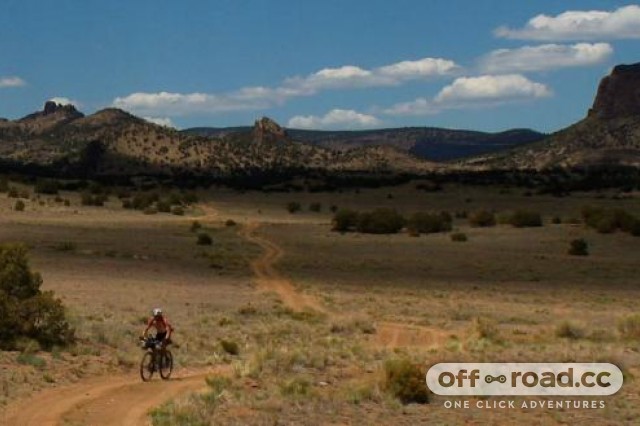 Following in the footsteps of the Tour Divide the Tour Aotearoa is another self supported bikepacking epic but this time from the top of New Zealand at Cape Reinga to the bottom at Bluff. The route was designed by Jonathan Kennet a New Zealand CYclig guidebook author and in 2016 he organised the first Brevet (long distance cycle event with check points) of the route.

The route uses trails with some of the best infrsastructure that exists in New Zealand. We’ve ridden parts of the route and we can attest that it is incredibly well maintained, not to mention a stunning and beautiful ride. Not only will you experience some of the best bikepacking routes in NZ you’ll also get to meet the locals who live along the route as they regularly help riders and provide food, drink and supplies as the Brevet passes through their part of town.

As for the Tour Divide the route can be ridden at any time of the year but you can also take part in the Brevet which runs every other year with waves of riders setting off on specific dates throughout February. Completing the Brevet must take self supported riders between 10-30 days and in 2018 over 500 took part! 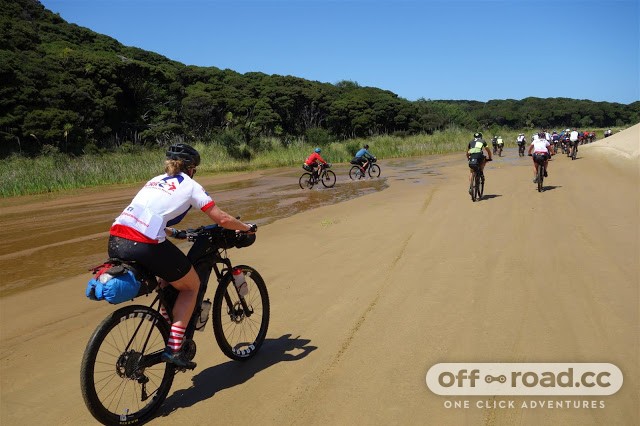 From some of the longest bike events to one of the highest, The Yak Attack is set 5416m above sea level in the mountains of Nepal. It takes riders from Besi Sahar to Tatopani over 5 days with one rest day in the middle. The location makes this cross country stage race unpredictable and undeniably hard as it covers 400km, temperatures turn and the air gets thinner.

The 2018 route begins near to sea level and climbs from there over the coming days. If mother nature and the trails aren’t enough to worry you there will also be the potential to meet the animals that give the race it’s name….

All accommodation and food is provided in the $2,295 entry fee and before you look at the daily race distances and think they look achievable, have a read of past entrant’s experiences as this is a race that is a whole lot harder than it looks! 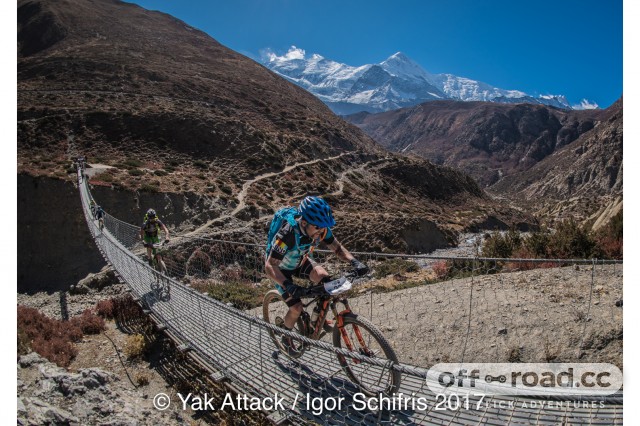 The Strathpuffer is a 24 hour mountain bike race held in the Scottish Highlands in the middle of winter. We needn’t say more really, that sentence should conjure up enough images of ridiculous weather conditions, icy trails, freezing temperatures, not to mention the 17 hours of darkness and a distinct lack of sleep. That said the race is ludicrously popular, a sadistic assault on the the mind and body that seems to hold a right of mountain bike passage to riders, you have to do it at least once….

The race is open to crazy individuals, the slightly less mad pairs, and verging on sensible teams of four riders. Racing is timed and is simple – most laps wins. Bonus prizes for those riders not resembling an ice statue at the end. 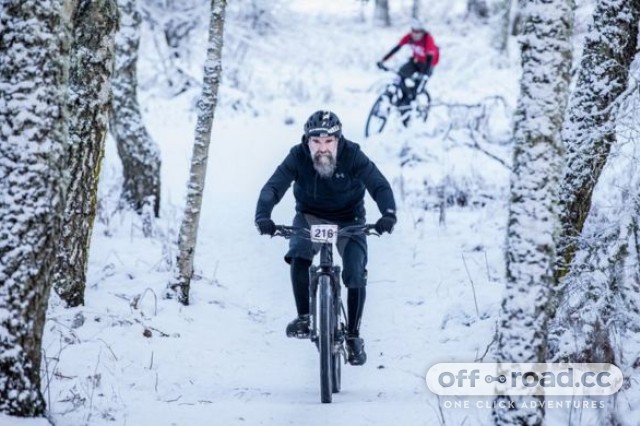 The BC Bike Race is a world renowned epic, it’s a 7 day cross country stage race from North Vancouver to Squamish in Canada and regularly hosts 600 entrants. It’s a common bucket list goal and we can see why, a mixture of epic singletrack, tight racing and gorgeous scenery, it’s a test for both bodies and bikes but one that riders relish. You can expect between 3-6 hours or ride time and an average of 50kms of trail per day with an awesome 75% of that trail being singletrack.

We can almost smell the tasty BC loam from here…. 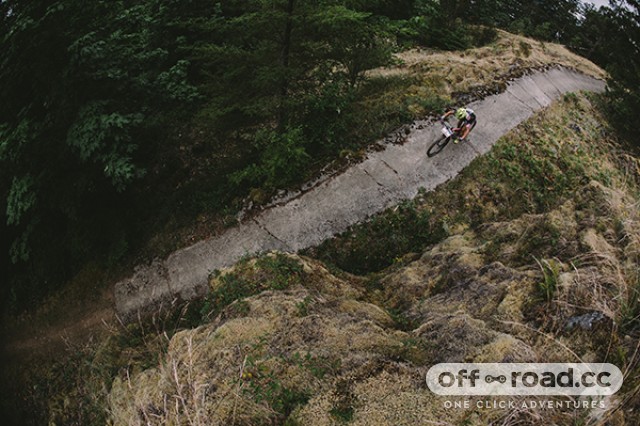 The organisers claim it's North America's toughest mountain bike race and weighing in at 550km over seven days through the Canadian Rockies, the TransRockies Classic looks like it might live up to that. Around 150 teams of two riders will take part, with elite racers mingling with the have a go heroes as they make two crossings of the continental divide and stay overnight at remote tent camps. The riding itself is point-to-point, with trails, tracks and forest roads adding up to 100km a day of riding and some serious climbing. resident road.cc fast boy David Arthur and less fast off.road.cc editor Jon are considering entering as a team. We'll keep you posted on how that goes... 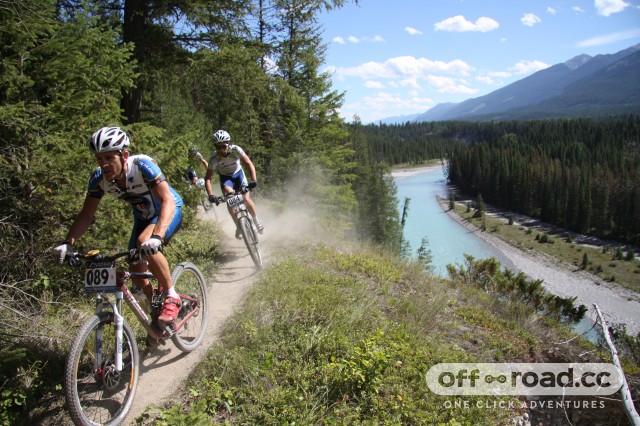 An 8 day adventure through the Western Cape region in South Africa, the Cape Epic has forged a name for itself as one of the hardest mountain bike challenges you can take on. The race is undertaken in pairs (up to 1300 riders), with both needing to finish the 700km and 15,000m of accumulated climbing.

The well known race is televised and draws entries from amateurs and professionals alike as it also has UCI status meaning pro riders can earn race points here also, up to 160 per rider which can have a huge impact on that riders race season.

The route, is as you can expect, harsh, dry, dusty and demanding, each year is different too taking riders through new parts of the country including deep ravines, indigenous forests, coastlines, the race has visited over 40 towns since 2004 too. 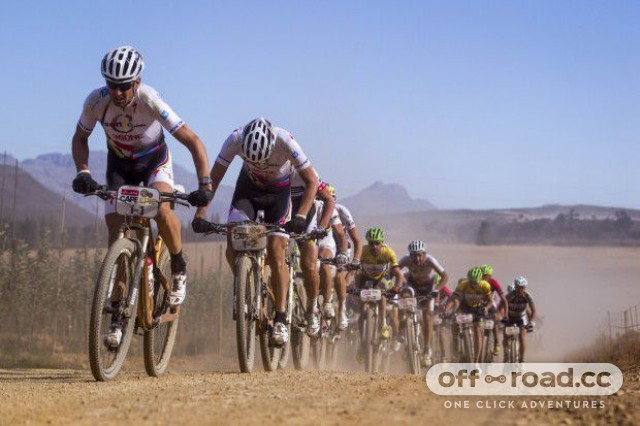 The Highland Trail is a long distance self-supported mountain bike time-trail route through the Scottish Highlands. As the name suggests, the route is 550 miles long with a massive 16,000m of climbing. It’s an event inspired by events such as the Tour Divide and with scenery, fickle weather and great trails to rival its counterpart. It’s a self supported bike packing route beginning in Tyndrum, Stirlingshire, Scotland

There is no entry fee, no prize money, and definitely no support. It is a self-timed Individual Time Trial (ITT). All that is provided is inspiration, a suggested start time, a GPS track file, and a list of completion times. Wise words on the event website read: “In short, don't attempt this ride unprepared - no one will be there to rescue you! Approach the ride as though you are on an independent expedition, fully prepared for your own limitations and whatever nature has in store for you.” 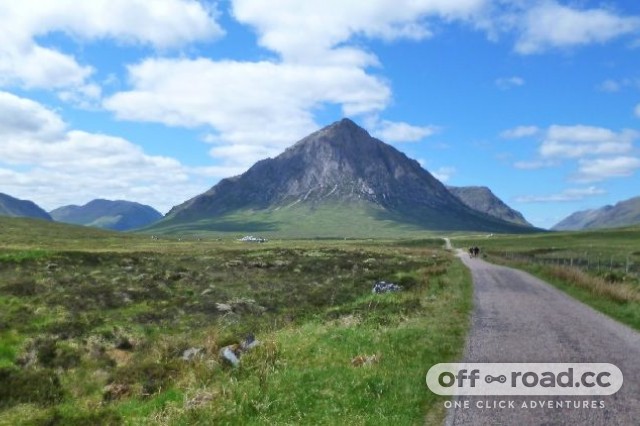 The 3 Peaks Cyclocross is the biggest and toughest cyclocross event in the UK, staged in the Yorkshire Dales National Park every September. It’s a circular event starting and finishing at Helwith Bridge near Horton in Ribblesdale, taking in 38 miles of trails of which 34 miles are rideable and 5000 feet of climbing. This race is purely limited to cyclocross bikes, any mountain bikes or other types of two wheeled transport are not permitted.

Now in it’s 56th year the event is a must do for all drop bar racing fans. 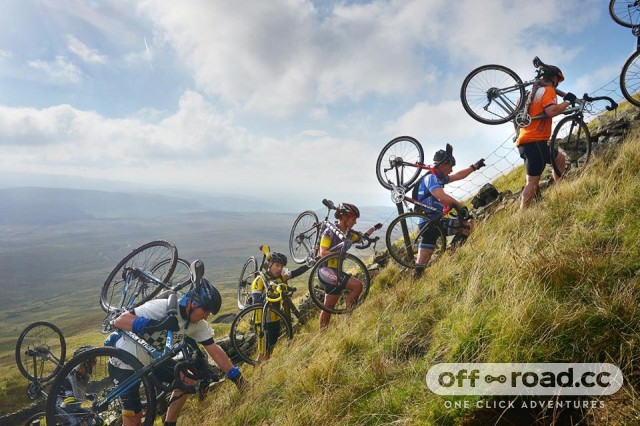 This is a Heli lifted enduro – take our money now! Three days of some of the best trails that Revelstoke has on offer, the enduro will serve up three days of heli suppoted riding,  6,000m of descending, 75km of singletrack hand selected trails, blind racing and some of the most technical riding you’ll have experienced. The terrain is so remote and tricky, the organisers state that all riders must also have a valid First Aid qualification so they can all help comrades in difficulty if necessary. 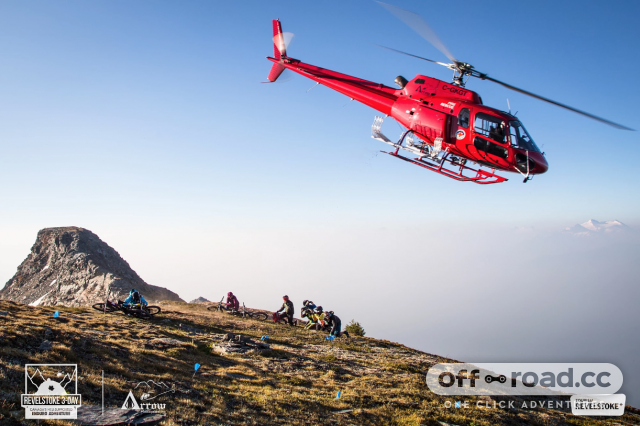 Another stage race but this time in Costa Rica, the La Ruta is a three day event that takes riders from the Pacific Coast to the Atlantic coast over a course of 161 miles (230km), passing five mountain ranges and ascending a massive 29,000 feet (6868m)!

It has legendary difficulty status due to the hot temperatures and technical terrain, but also for the diversity of the ground the trails cover, the National Geography says Costa Rica is the most biodiverse place on the planet”. The route takes riders through the rainforest, past volcanoes, banana plantations and along coastlines and river gorges. 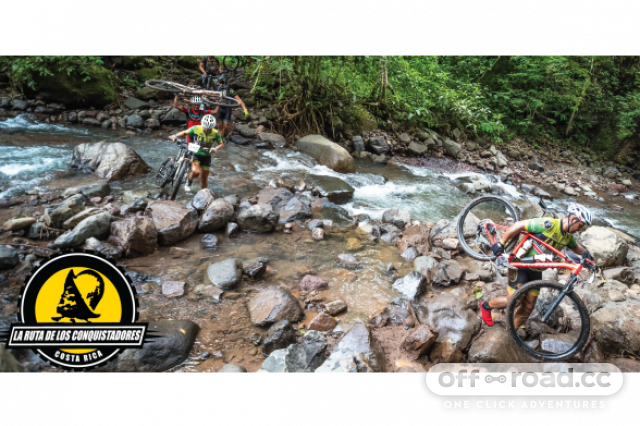 Is there anything we have missed? Have you got a first-hand experience of a race or event that you think should be included in this list? Let us know in the comments below!