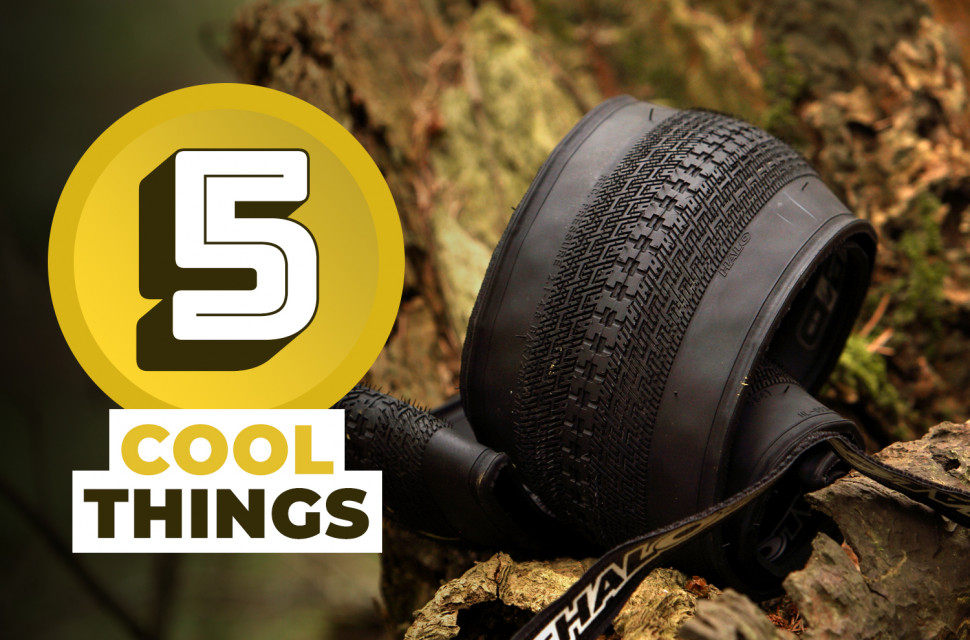 Here's your weekly round up of the freshest kit we've received for testing as well as some of the coolest stories that have cropped up on the site. This week it's big news as Evie Richards dominates women's XCO at the 2022 Commonwealth Games as well as a range of cross-country bike releases.

One of the most interesting bikes to crop up is Gelu Carbon Creations' Dracon. It weighs in at a hair over seven kilos but it's not just about its weight as the brand has kitted it with parts sourced almost solely from Portugal. Then continuing the cross-country theme, Canyon launched the new Exceed. It may not weigh quite as little as Gelu's bike but 8.92kg is nothing to be sniffed at.

As for reviews, we're all very excited about Matt's review on the second iteration of the MRP Baxter. It's a suspension fork that's kitted with accessory mounts and 40mm of travel. Matt says it offers excellent damping but feels rather harsh when locked out. Equally as curious is our review on the Lizard Skins DSP Lever Grips which to our surprise, scored well and the review on Schwalbe's latest G-One RS gravel tyre is well worth a gander too. 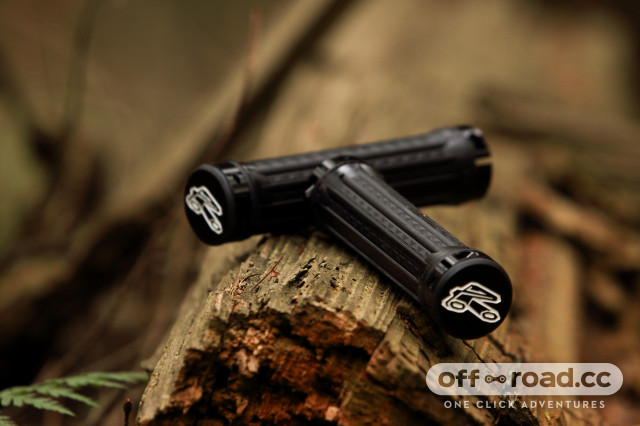 Famous for some of the best mountain bike grips you can buy, Renthal knows a thing or two about sticky contact points. On test, we've got Renthal's Traction grip with the renowned Ultra Tacky rubber compound and adhesive surface coating. If this rubber were to lose its stickiness, the brand says that it's reactivated after a wash and a dry.

In the pursuit of all-out handlebar grip, these get forward-facing ramped finger ridges which enhance grip when pulling back on the bar and there are rearward-facing angled palm grooves for grip when tackling steep sections when weight is concentrated around the palm. Then for comfort, the palm area gets more material for more cushioning whereas the finger area is a bit thinner in order to retain the overall outside diameter of the grip. Could these be some of the techiest grips yet? 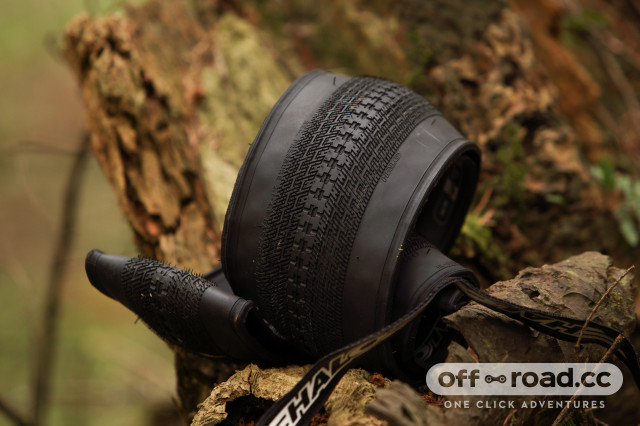 The 650b only RXR is built to be fast rolling and efficient with Halo describing it as a road plus tyre. It gets a 60TPI carcass that's malleable enough to conform to the terrain in order to boost comfort but Halo says that this allows the tyre to shrug off potential damage.

Its tread has mud shedding channels cut in, giving it its off-road capability while the centre tread gets leading edges for acceleration and braking traction in a range of conditions. That tread also wraps around a large portion of the tyre, so it should remain confident even at those extreme lean angles.

What's also nice, is that the packaging comes with a kit strap. Handy! 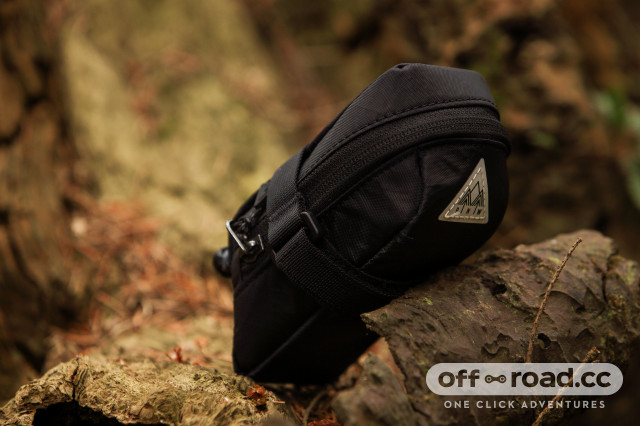 In the past couple of years, PNW Components has been making big moves in expanding its range. Early this year, the women's apparel was launched and now the brand has moved deeper into bags with the Satellite Bag. Designed to carry the essentials, it's built around a DWR-coated sailcloth fabric with a compression strap and a removable bungee that wraps around the seat post for a boost in stability. Oh, and it's dropper post friendly too, says PNW. 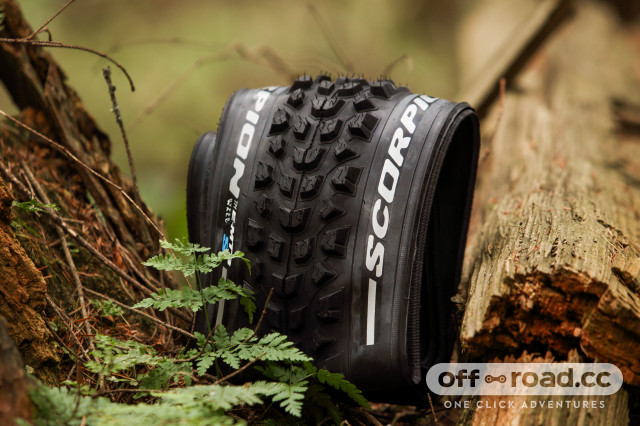 We reviewed the Pirelli Scorpion Enduro S tyre back in May last year and liked it for its fast rolling, tough sidewalls and reliable grip in mixed conditions, however, it wasn't without its niggles. The big niggle was that it got pretty skittish when hauling over hardpack or dry trails.

Thankfully, Pirelli has listened and updated the tyre, gracing it with a softer rubber compound dubbed SmartGRIP Gravity and adding some e-bike specific casings to the range, which, we have on test. HyperWALL is the casing in question that uses tech derived from Pirelli's motocross experience, as the brand has added a thick rubber insert tightly to the bead and up the sidewall. It's said that this increases the stability of the bead by upwards of 10% and ups pinch flat protection by 50%. Well... We'll see about that. 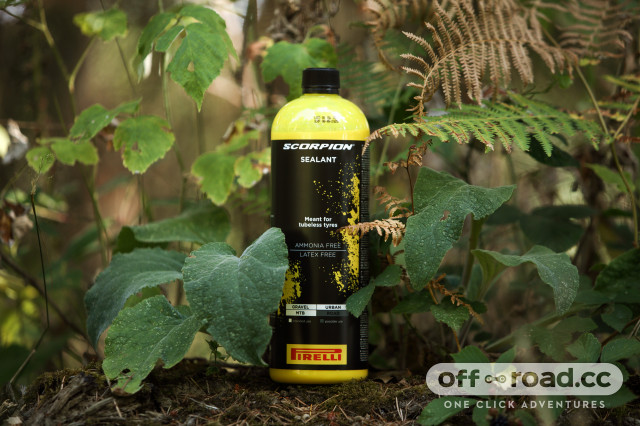 And finally, to go with the fresh Pirelli tyre, we've got our hands on the brand's brand new Scorpion Sealant. This stuff comes in two formulas, one for the high air pressures of road tyres, and another for the lower pressures found in tyres used off-road. The latter is what we have one test, of course.

As bold as its bright yellow colour are some of its claims. Scorpion Sealant is ammonia and latex-free, so it shouldn't damage your rim or leave a sticky residue, so hopefully, that'll cut down on those horrible sealant messes as well as keeping those with latex allergies safe. Then, the sealant is good for use in temperatures ranging from -20°C up to 70°C and it comes in 240ml, 1L and 5L bottles.