Afan Forest Park offers up some superb riding as well as huge views of the Welsh Valleys. It's a rugged landscape, where you steeply climb from relatively densely populated ex-industrial valley bottoms to the remote feeling tops.

There's a bit of something for everyone at Afan. High on the menu are the classic cross-country routes, with the black-graded options providing plenty of challenges both in terms of distance and technicality, with the exposed nature often meaning the weather adds difficulty too. 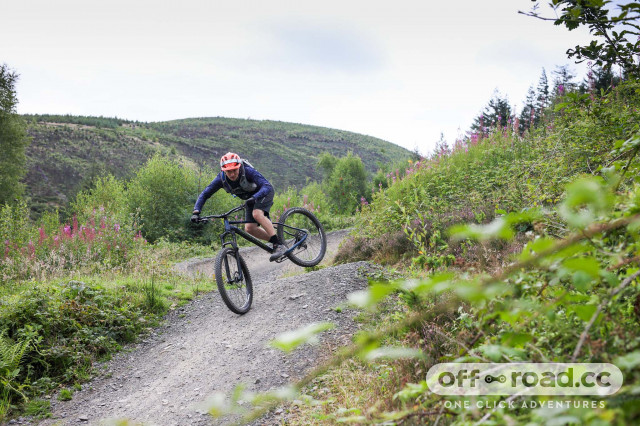 There are more gentle, low-level routes aplenty though, with a good selection of red and blue trails of varying lengths. Those that are after some airtime/play biking are well served by the bike park area on top of the hill at Bryn Bettws.

It's worth pointing out there are two visitor centres, with the Afan Forest Park Visitor Centre giving direct access to the green and blue graded Rookie trails, blue-graded Blue Scar, red-graded Penhydd and Y Wal loops and black W2 loop (this consists of the White's Level and Y Wal trails, joined together with extra linking sections). 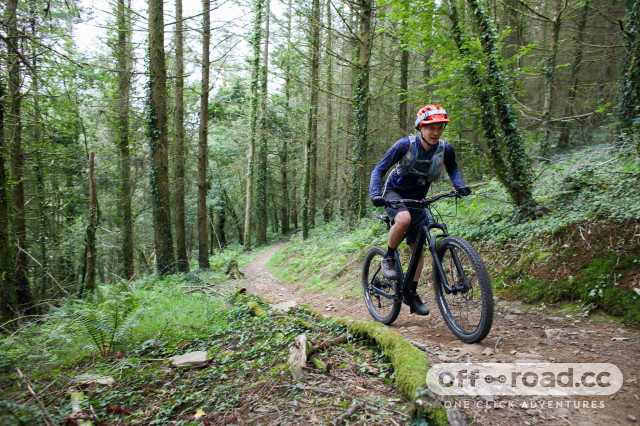 Both centres having (paid) parking plus toilets and cafe, plus on-site bike shops and hire facilities. If you're after the harder trails, we reckon you should park up at Glycorrwg and if you fancy the milder stuff then Afan Forest is the best place. If you want to play about in the bike park, then Bryn Bettws also has parking and a cafe and gives access to the Y Wal trail and so to the rest of the area. 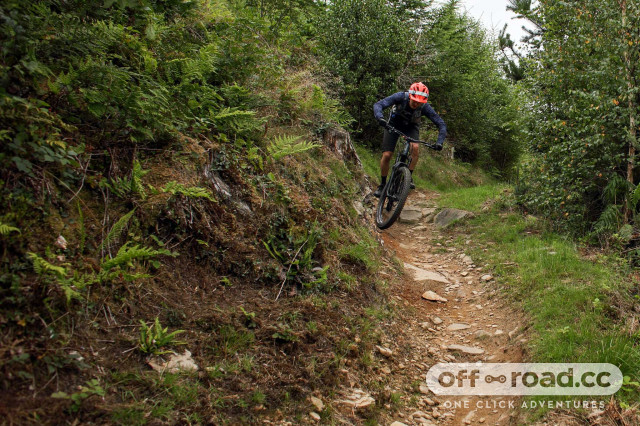 Bike wise, you're going to be after a not too heavy full suspension trail bike if you want to make the most of here - going can be rather rough in places so while a lightweight or trail hardtail will get you around without too many issues, you'll be feeling it in your hands and legs.

Both the main Afan Forest Park Visitor Centre and the Glyncorrwg Mountain Bike Centre offer toilets, plenty of parking and a cafe. They also both have bike shops on-site if you need spares or repairs and you can also hire and demo a range of bikes, from hardtail to full-suspension machines. 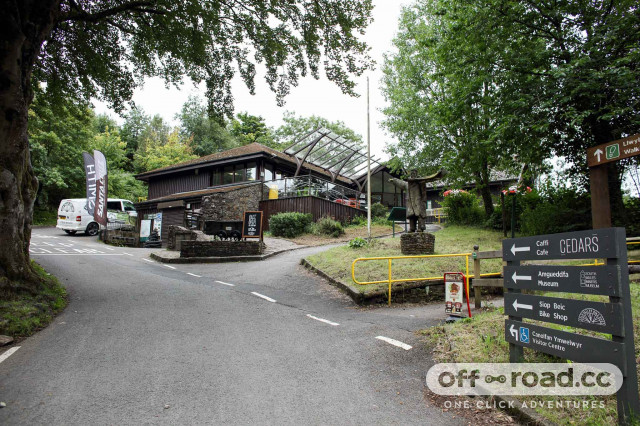 If you're up the hill at Bryn Bettws, there's also a cafe and loos there too.

If the Afan Valley Bike Shed based at the visitor centre can't help you with spares or repairs then Lodge Cycles in Cwmafon (SA12 9DF) is around a 20-minute drive away. They've got a full range of bike spares and kit and stock bikes from the likes of Nukeproof, NS Bikes and Transition.

Apart from the cafes, there's not a huge amount in the local area. The Afan Lodge offers accommodation and has a restaurant open to non-residents, there's a fish and chip shop in Cymmer (similarly halfway between the two centres) while nearby to that, Croeserw has a few more pubs and takeaways. Cwmafan (around 10-minutes from Afan Forest and 20-minutes from Glyncorrwg) also has a few pub eateries too.

If you want to camp or stay in a van, there are campsite facilities at Glyncorrwg centre, Bryn Bettws and the Afan Forest Visitor Centre too.

Perhaps you're looking for a ride off the beaten trail, or you want to mix your riding up with some nature walks. Be sure to check Komoot to uncover further adventures in this area.

Trails at this centre