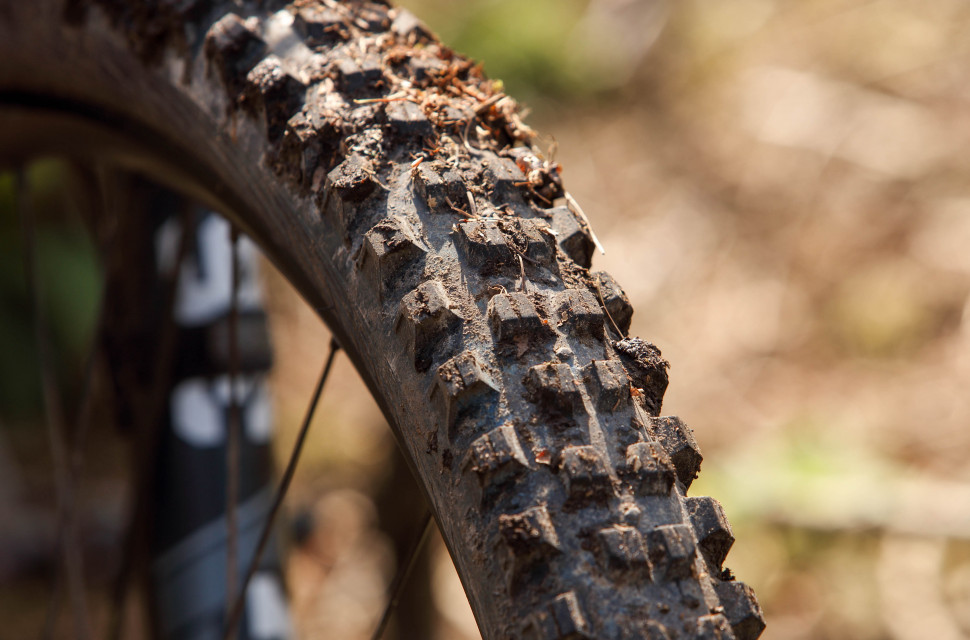 WTB has brought a handful of updates to the previously well-reviewed Verdict, including a new casing, updated puncture protection and revised siping. A tyre that grips like Velcro in a surprising range of conditions remain. It rolls impressively well, too, and its price isn’t shabby either.

Back in 2020, Rach reviewed the Verdict and liked it enough to give it five gleaming stars, praising it for its excellent traction and damping, regardless of its weight. That was the Tough cased option, for reference.

Since then, WTB has gone back to the drawing board to bring a range of updates to the Verdict. First off, the siping has had a bit of a revision. On chosen knobs, it’s now shallower to boost support and reduce flexion in the corners. We’re told that the tread has been changed slightly to provide a smoother transition between the centre knobs and shoulder knobs. However, those changes must be incredibly slight, as I can’t see them myself. 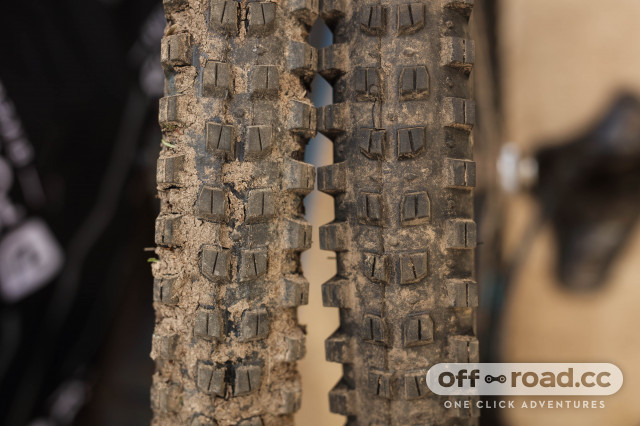 Also introduced on this tyre is the SG2 puncture protection, a nylon layer that spans the whole of the tyre. It offers more protection against pinch flats and general punctures by employing flat fibres to reduce the amount of rubber needed to fill gaps between fibres compared to round fibres. This also reduces the tyre’s weight and improves suppleness, says WTB. On the subject of the weight, the brand says it weighs in at 1,108g and it's not terribly far off, as my scales measured them at 1,158g.

The front-focused tyre dons a mighty aggressive tread pattern with some tall shoulder knobs with a scooped front face. Its centre tread is reasonably spaced but almost equally as tall. There are also a few little diamond shapes sat directly onto the carcass, which stops mud from clinging in place. 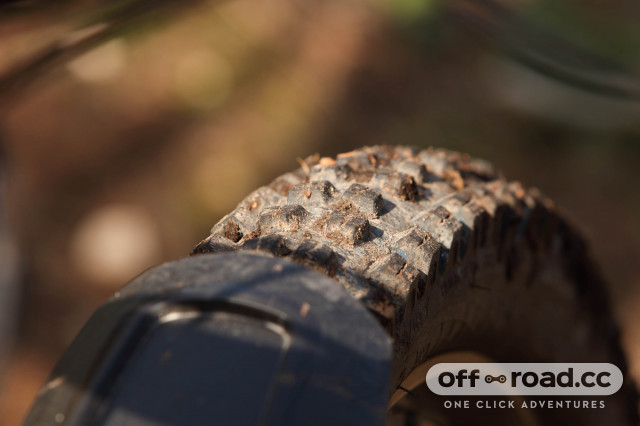 Blown up onto a rim with a 30mm internal width, this 29x2.5” tyre sits at a pleasant mid-point between round and square. This means that it should keep enough of its tread off of the ground to roll quickly, but it will promptly introduce its shoulder knobs to the ground.

And this tyre certainly rolls quickly. The aggressive tread pattern might get you thinking otherwise. Still, it’s definitely one of the better rolling treads, especially given the level of grip on offer. I’ve ridden the Verdict paired with a Maxxis Dissector at the rear, and that combination is a force to be reckoned with when it comes to easy pedalling and fast-rolling.

After Rach reviewed the previous Verdict, I was quick to nab one to see what all of the fuss was about. So I already had a good idea of what to expect from the updated model. During my test period, the Verdict saw everything from loam, slop and even some bone dry sections, and through each of those conditions, the grip has been stunning. This tyre was seated onto the front directly after testing the Maxxis Shorty Gen 2, so it's seen similar levels of wet and in such conditions, it's been equally as impressive as Maxxis's wet focused tyre though it's much better behaved when things dry up. Grip in all of these conditions just doesn't give up; it's a hugely confidence-inspiring bit of rubber.

Cornering is pleasant, too, there aren't any dead spots as the tyre leans, and the grip on offer remains incredibly impressive as soon as the shoulder knobs engage with the ground. As for braking, it's positive enough to get the likes of the Maxxis Minion DHR II worried. Pull the anchors and the scooped backsides of the tread, dig in and get to work. 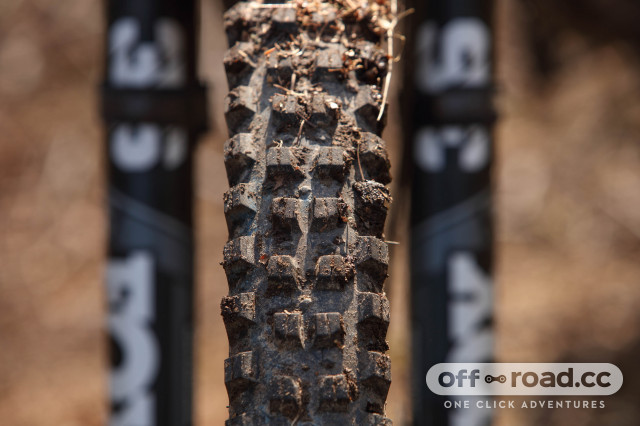 Performance-wise, I’d call the Verdict the tyre that would be if the Maxxis Minion DHF and Schwalbe Magic Mary had a baby. It rolls just as well as the DHF and performs similarly in dry conditions, but it’s also massively capable in the wet and when the trails soften. It’s almost been funny how I’ve been able to slap through wet corners with full confidence.

Now, while there have been many updates to this tyre, they’re pretty discernable from the previous model. The transition from centre tread to shoulder knobs is smoother than before.

I’ve been riding the Verdict for four months now, and while the rubber surely looks like it’s been ridden, signs of wear are minimal. I’m certain this tyre will be just fine for the rest of the year at the very least.

At just £55, the Verdict proves to be a pretty decent bang for the buck. Similar tyres, such as the Maxxis Assegai, will cost you £75. Though that one is noticeably draggier while providing a similar level of grip. However, it's quicker to clog, so it's not quite the performer in the wet.

Then there's the Hutchinson Griffus which is cheaper at £46, and it comes with a more supple casing. However, it's not as confident in wetter conditions.

The WTB Verdict TCS Light High Grip is a tyre for those who want to fit and forget. It throws heaps of grip into the equation, resulting in a ridiculously confident front tyre in a massive range of conditions. It's rather resistant to wear, and it's not too badly priced either.

WTB says, "The Verdict is our most aggressive front-focused tire. The tire of choice when relentless traction takes priority over rolling efficiency. The flat profile of the Verdict keeps chunky outer knobs shoveling at all times while a substantial intermediate channel ensures multiple knob edges are able to bite when you initiate a corner. Abundant open space between every knob allows the Verdict to chew through the driest days of summer and fling mud during the wettest months of winter." I totally agree.

Excellent grip in a range of conditions. Rolls really well too.

Not the heaviest, not the lightest but usable and any extra weight is forgivable consider the grip and low rolling resistance.

Cheaper than most of the high flyers, though there are a small number of tyres that are cheaper.

A truly excellent front tyre for all conditions.