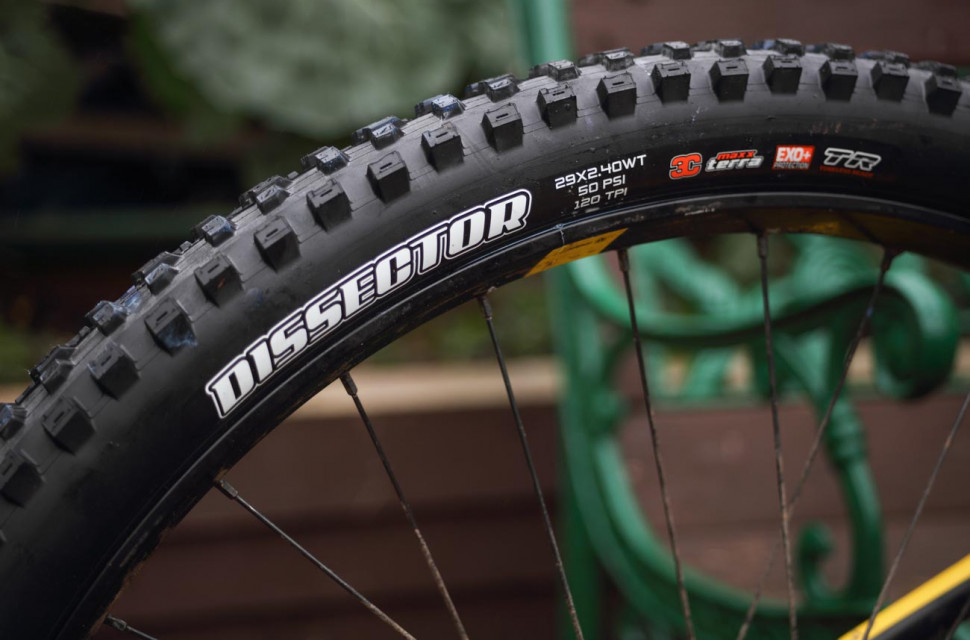 The Maxxis Dissector 3C Maxx Terra EXO+ is yet another signature tyre from the brand, this time, in collaboration with downhill pro Troy Brosnan. While aimed primarily at dry conditions, it's a fast-rolling, predictable and impressive – if expensive – all-rounder.

The Dissector is tuned towards minimal drag on dry and dusty trails, all while being super grippy in the corners. It’s intended for both ends of the bike, but as I’ve been testing it throughout the winter we’ll focus on its performance at the rear.

In the usual form for Maxxis, the Dissector comes in a bunch of builds with 2.4” and 2.6” widths to choose from, along with 3C Maxx Grip, Maxx Terra and Dual compound options. It’s also available with Maxxis’ Double Down, EXO and EXO+ casings. Of course, it comes in both 29” and 650b diameters too. 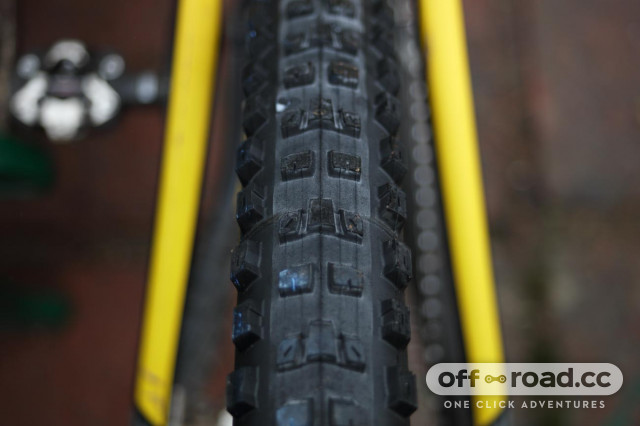 At first glance it’s quite an unusual tread, especially compared to many of Maxxis’ other offerings. Each centre knob is heavily ramped, and each three-knob cluster is almost solid, with a curved rear edge for good braking traction.

The angled shoulder knobs bear some resemblance to those of the Continental Trail King, a tyre I really like as they hook up excellently in the corners. 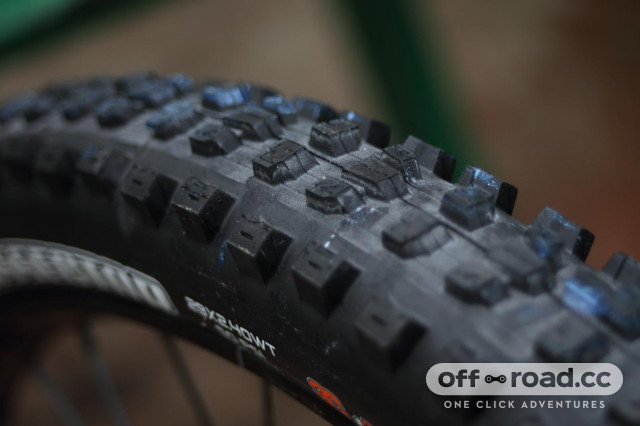 Seated on a rim with a 30mm internal width, they blow up good and round – ideal for those fast-rolling intentions.

And fast-rolling it certainly is, thanks to those ramped knobs and round profile. The Dissector pedals well, and I’ve never found myself wishing for something that rolls better.

It’s certainly a spritely roller when compared to Maxxis' more aggressive offerings, such as the Minion DHR for example, but it's marginally less grippy in more extreme conditions. 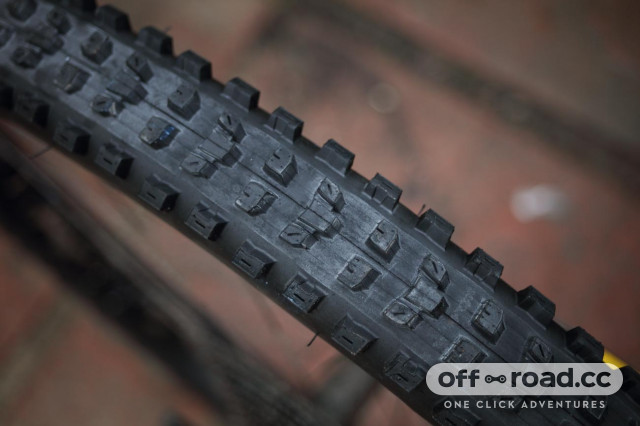 I just want to take a moment to reiterate that this tyre was tested throughout winter. I’ve taken it through some serious post-storm slop – which it definitely isn’t designed for – as well as hitting the hardpack where the trails have dried out.

Given its summer intentions, I’ve been seriously impressed with the Dissector's performance in the wet. Laterally it grips very consistently and when traction eventually gives way, the slide isn’t as jarring as with something like the High Roller. But to get it to slide, you’ll have to be pushing seriously hard anyway, or pumping through a loose compression.

And because of its well spaced out tread, it clears mud really well too. 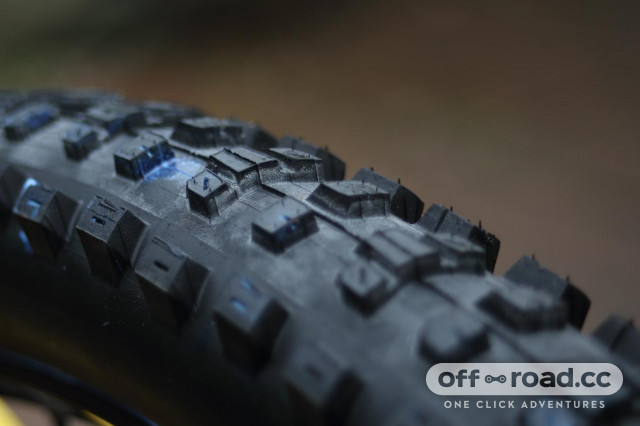 The only downside of the Dissector is that it’s eager to slip on wet rock, and noticeably so when climbing. And yes, if it’s extremely wet and soft you’ll likely be wishing for something more aggressive, but for general trail riding and at least for 99% of my riding, I’ve been perfectly happy with its performance.

When the trail dries out the tyre performs just how Maxxis says. It rolls quickly and corners really nicely. There is a smidge of a dead spot between the centre and shoulder knobs, but it's not something a bit of confidence and a proper lean angle won’t sort. 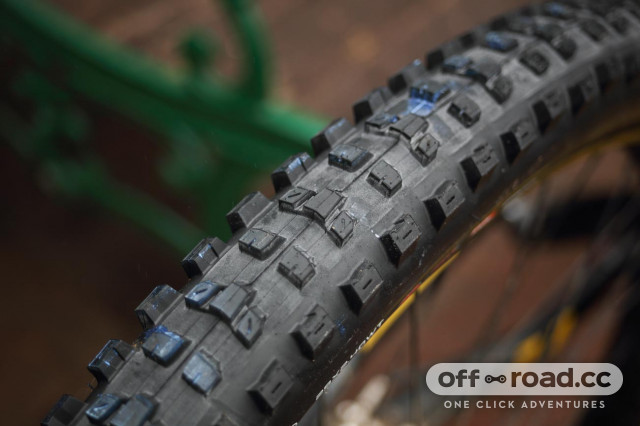 The Dissector balances a reasonably high level of grip with an impressively low rolling resistance, so its slightly lack of performance on really wet and soft trails is just fine as a trade off – especially as Maxxis doesn't even make any claims for that.

As such, it’s a tyre that I would be perfectly happy riding on the rear year-round.