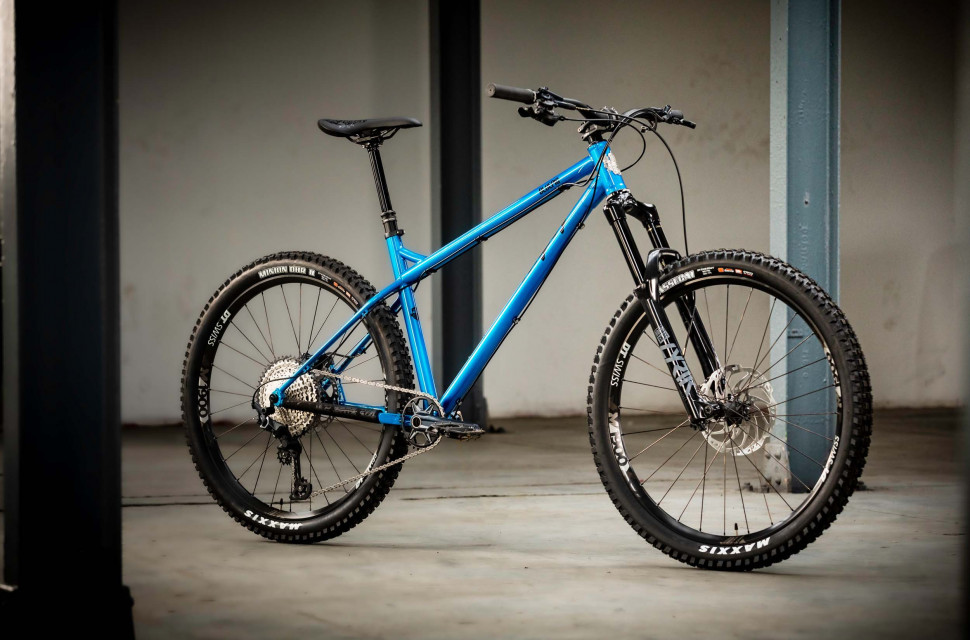 Jon Woodhouse
|
Jan 26 2020
|
Overall
Quality
Performance
Value
What's good?
What's not?
Buy if...
You want a hardtail that's capable of some serious riding - and you think your ankles are up to it

Ragley's all-new Blue Pig Race might cost as much as a well-sorted full sus trail bike, but if you prefer hardtail thrashing thrills then it's one of the best.  An almost flawless kit list is married to well-sorted geometry that encourages a lairy attitude and has the ability to back it up when it gets rough.

Much like the Ragley Piglet we've previously tested, the Blue Pig gets a 4130 steel frame and rolls on 650b wheels but, being the bigger pig in the family, it's married to a longer 160mm travel fork and more aggressive geometry. This Race model claims to offer the best performance of any Ragley to date, with a markedly higher-end build kit - and a smidge more fork travel - than most of the brand's lineup.

That means there's a RockShox Lyrik fork with the RC Charger damper up front, a full house of Shimano's new 12-speed SLX groupset including the new four-piston brakes, a DT Swiss wheelset and Maxxis rubber. Some of the finishing kit is still from house brands, but it's all solid and functional stuff. 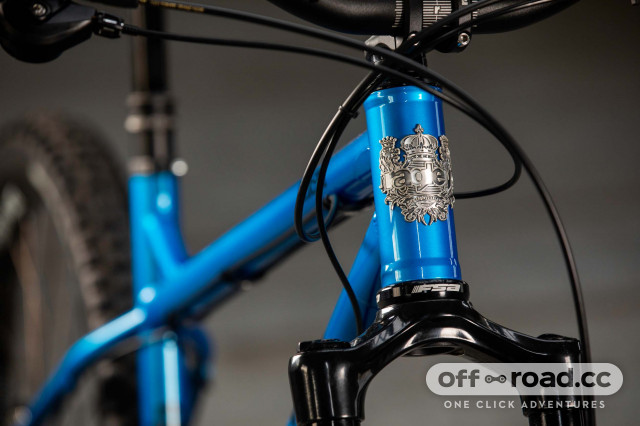 As you'd hope from Ragley, the geometry is well-sorted, with my large-sized test bike offering up a decent reach of 460mm, a nicely slack 63.75° head angle and 74° seat angle that keeps you in a decent position for all-round riding.

I'd probably like that seat angle to be a bit steeper to make weighting the front a bit easier on really steep climbs, but apart from that, this bike really shines whether the trail is steep and techy, fast and flowing or anything in-between. 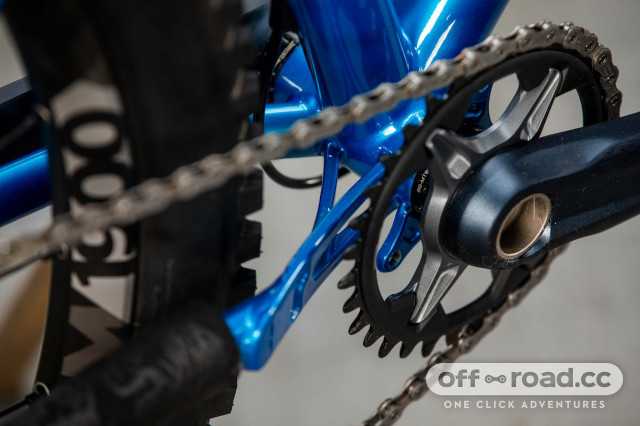 Okay, arguing that any hardtail can be just as capable as a full-suspension bike when things get properly rough is a bit like arguing the earth is flat - it's proveably not true - but the Blue Pig has a damn good so at it. Some initial hesitance when lining up steep and slippery roll-ins and compressions that usually have your ankles wincing on a bouncy bike rapidly gave way to complete faith that the Pig's poise would see you right.

I'm not sure whether it's the steel frame or, more likely, the combination of an excellent fork and really good rubber doesn't matter as the bike beats you up a surprisingly small amount even when you start to crank the speeds up. Okay, hit something big and square-edged and you'll be finding out just how durable the 30mm wide DT Swiss M1900 rims are (answer: very) but I was expecting much more ankle soreness and general beating-up after a big day aboard it. 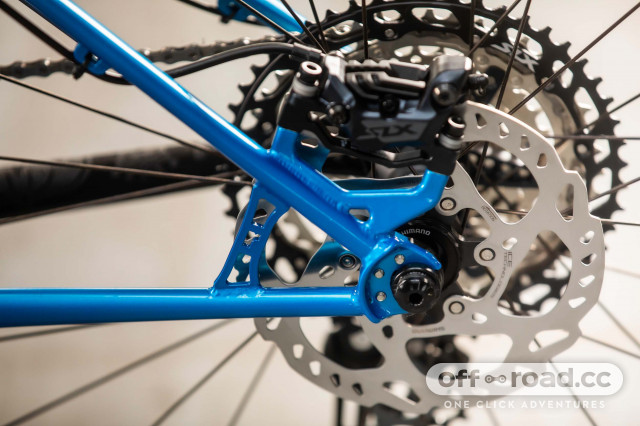 The EXO+ reinforced casings on the front Assegai 2.5" and rear 2.4" Minion DHR offer a good combination of bite from the tread and damping from the carcass, but the star of the show is the Lyrik. 160mm of travel is a fair bit for a hardtail but the slack head angle means the handling doesn't change too much when you start to compress and pivot around the rear axle on steep trails, but the really progressive spring curve gives superb support and the damping does an excellent job of trying to tame interaction from both ends of the bike being fed to it.

I'm also a huge fan of the SLX drivetrain. It shifts quietly, smoothly and without fuss in a marked difference to a lot of SRAM's more budget groups which can often feel like they're hammering through gears. The 170mm cranks help dodge a beating from the 45mm bottom bracket drop as much as possible and 30T ring offers decent range when combined with the 10-51T cassette spread. 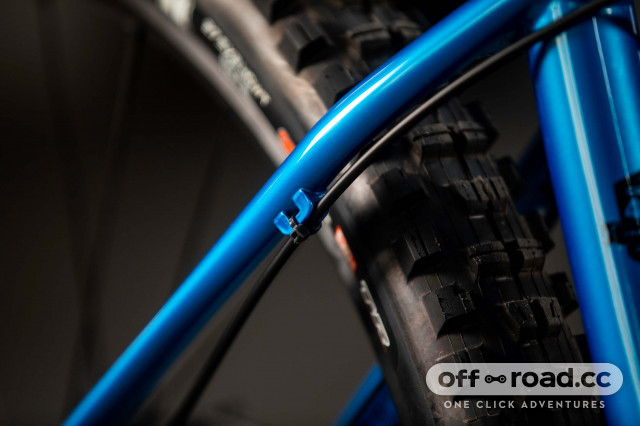 Though Ragley gets bonus points for fitting a whopping great 200mm rotor to the front of the bike and a still big 180mm item to the rear, I do have reservations about the four-piston SLX stoppers. They had a few moments where the lever bite point would shift a fair bit and while this might just mean they need a bleed, this hasn't been an isolated incident with Shimano's current brakes in my experience.

More of a bright point is the sister-brand dropper post that offers 150mm of travel (170mm on the XL) and a nice underbar shifter. The same goes for the Ragley branded saddle, nicely wide 780mm bars and stem. It's odd that 50mm does feel a bit long these days, but a shift to something stubbier wouldn't be a huge priority if you don't have something hanging about in the garage already.

All in all, Ragley has pulled a bit of a blinder with the Blue Pig. It's hard to get around the fact that it's a fair chunk of money for a bike that'll never be as planted or speedy as a full-suspension bike on the really rough stuff - and many good ones are available at this price - but if you value thinking your way through rough sections rather than blasting them at warp speed then it's hard to argue with. In fact, it's a bike that's more than able to surprise you with just what you can ride it down without the bike feeling like it's the limiting factor. Oh, and a huge amount of fun.