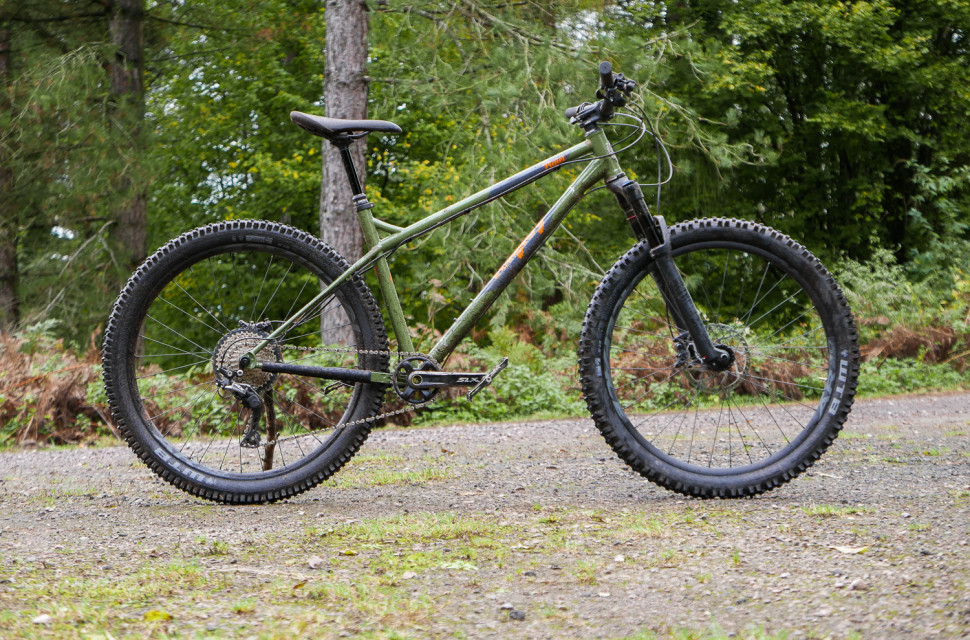 Jon Woodhouse
|
Nov 26 2019
|
Overall
Quality
Performance
Value
What's good?
What's not?
Buy if...
You're after a fun trail hardtail and want to keep it real with steel

Ragley's Piglet hardtail offers confident, fun handling with a solid selection of bits attached to a well-made steel frame with some clever features. It's happy as an all-day trail bike but it thrives when things get steep and fun, which makes it easy to overlook it's only real foible of a relatively narrow range drivetrain.

It's surprising that the Ragley has had a Piglet in its lineup for a full decade now, but this latest version gets all the mod cons, with through axles and Boost hub spacing, routing for an internal dropper post plus updated longer and slacker geometry.

Some things remain, however, with the frame tubes still made from steel - triple-butted 4130 Chromoly - and some neat design touches such as the three-finger bridge chainstay yoke that offers up plenty of tyre and mud clearance for the 650b wheels. 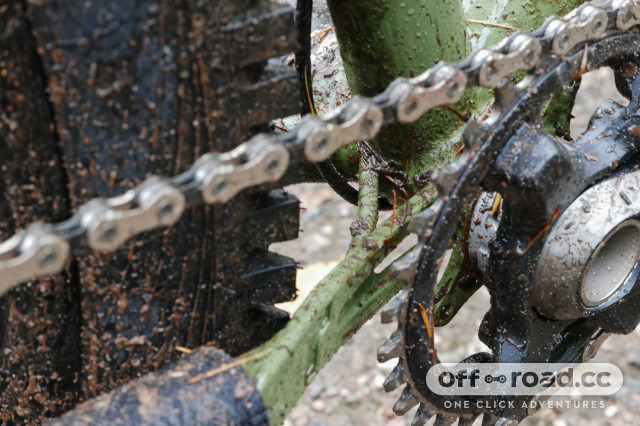 While it's possible to buy it as a frame only for £550, this complete bike gets a full 11-speed Shimano SLX drivetrain and brakes, a 130mm RockShox Revelation RL fork, some RaceFace AR 30 wheels with WTB rubber and a smattering of own-brand finishing kit. 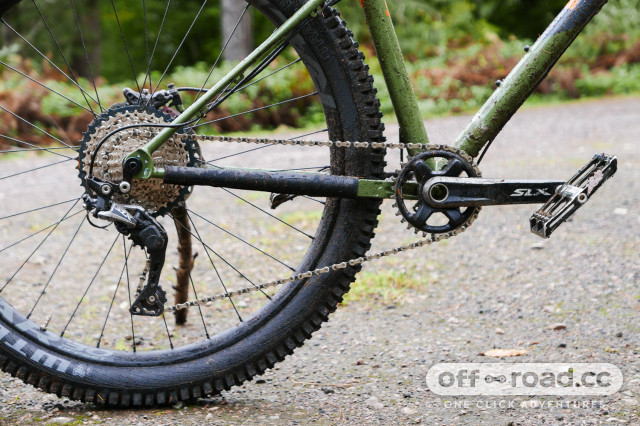 While the SLX groupset doesn't have the gearing range of the number of gears of SRAM's offerings, it does shift extremely smoothly and has a well-earned reputation for durability and reliability. The 11-42T cassette does feel quite narrow tight in an era where even cheaper bikes are now getting 11-50T spreads, but you can always move from the 32T ring on the matching chainset if you live somewhere stupidly hilly - I found it fine in the relatively rolling terrain of the Forest of Dean. 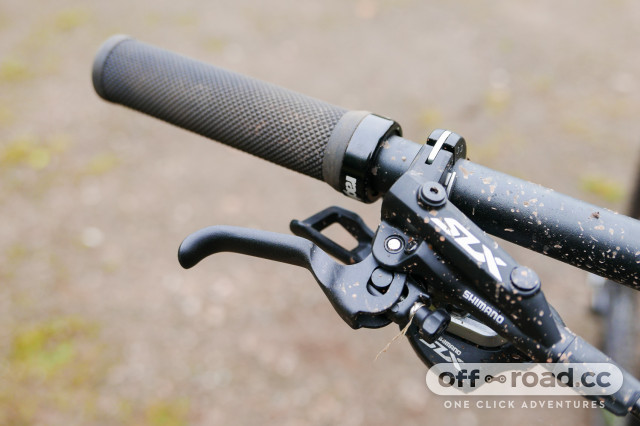 The brakes do their job with little fuss; SLX doesn't seem to be as badly affected by the shifting bite point issues we've had with other Shimano brakes and they offer lots of feel and more than enough power. 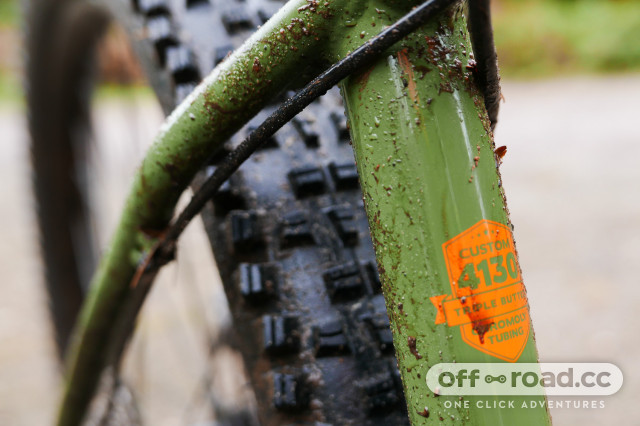 Once you actually get going, the Piglet strikes a really nice balance between the confidence the 65.5° head angle gives you and having a reasonable if not super long reach figure of 455mm for the large frame I rode that means it's still easy enough to throw about. The fairly dinky 420mm chainstay also helps with a lively feel, this is very much a Piglet that wants to get on with running about and getting its snout stuck into whatever it can find in the woods. 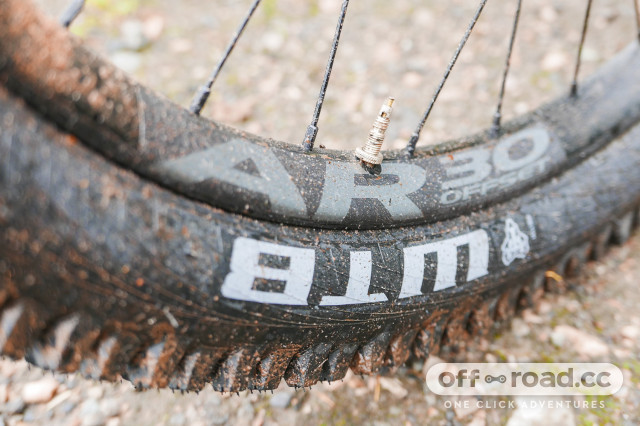 The chunky WTB rubber really helps here, with the chunky 2.6" volume doing plenty to ease bumps from the back end and also helping offset the fact that the Revelation fork isn't the last word in small bump sensitivity. Having a more spikey Vigilante up front paired to a faster rolling Trail Boss at the back is also a smart move, with the tyres being tubeless ready, though both use the thinner sidewall Light casing with the less sticky Fast rubber on the rear. 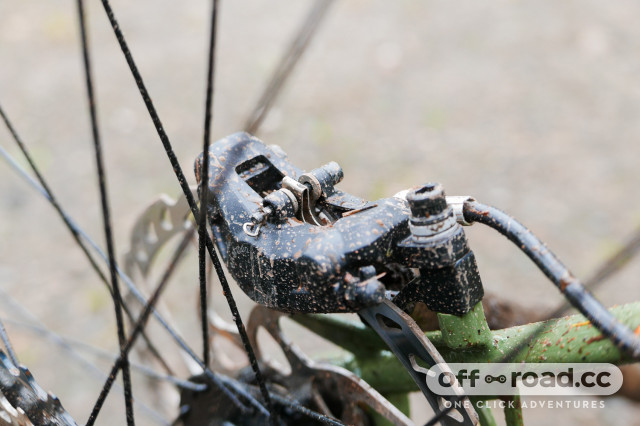 You may benefit from a tougher casing at the back if you like to push your luck at low pressures, though I didn't have any issues with them as they stand - the same went for the RaceFace wheels which were tough, gave a good shape to the tyres with their 30mm inner rim width and generally carried on unnoticed.

Slightly more noticeable was the Revelation fork. While it's par for the course at this price, it is possible to get the Motion Control damping feeling harsh if you hit it hard enough and it's not the stiffest chassis but to be entirely honest, you'll be taking a right kicking from the back end of the bike by the time you start bumping up against those limits. 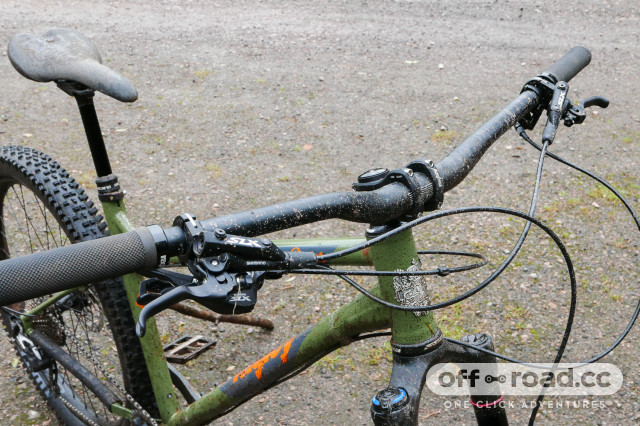 While the own-brand Brand-X Ascend dropper post won't entrance anyone on the shop floor, it's a solid performer and gets 150mm of travel on all medium-sized bikes and above, which is a good thing. The own-brand Ragley Stubbing 50mm stem is a solid little unit - though it's somewhat bonkers to say that it feels relatively long these days - and the 25mm rise, 780mm wide Ragley Alloy bars do a fine job of allowing you to wrestle the Piglet where you want it. 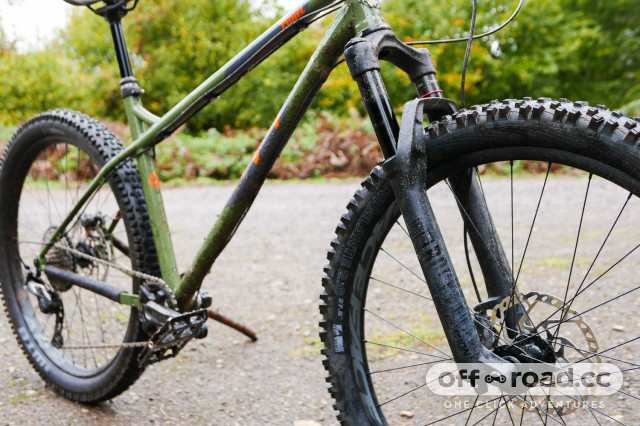 It's a pretty stacked field at this sort of money,  with the likes of Canyon and Calibre both offering very respectable full-suspension machines at this money, with their respective Spectral and Bossnut delivering solid performance, though the extra value means you do without the backup of an independent bike shop.

If you restrict the criteria to hardtails, then Cotic's Soul gets thin wall Reynolds 853 steel tubing for a frame only price of £649, though complete bikes are a bit more, starting at just over £1,900. That substantially bigger outlay does get you more aggressive geometry and a slightly more supple ride feel, however.

Vitus provides somewhat stiffer competition - it's also owned by Ragley's owner, as it happens - with the aluminium framed Sentier VR range offering similar value but the choice of little or large wheels, though the frame is definitely much less forgiving on your ankles. 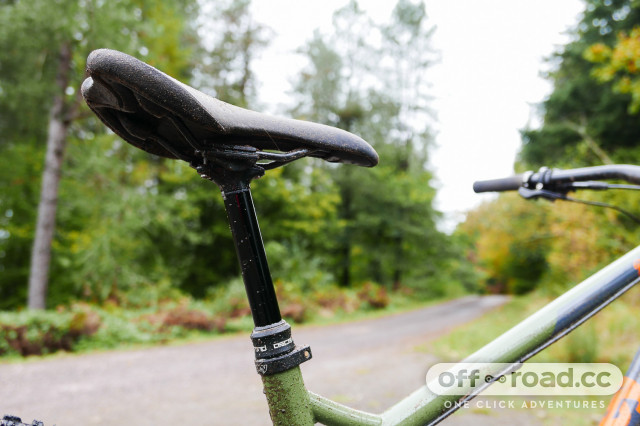 The Piglet offers an awful lot of fun for not a silly amount of cash, with well-sorted handling that'll hit the spot whether you want to test your skills on tricker sections in the woods, go for longer distance stuff at a more relaxed pace or just generally have a bike that can do anything. It'd be nice to see a wider range drivetrain - I suspect any 2020 model will see that change made - but apart from that, it's all solid kit that performs well for the money. All in all, this Piglet is a bit of a babe.

£500+ of Altura AW21 Aparrel and Bags to be won
Altura launch their AW21 range and we've got clothing and bags worth £500+ to give away to one lucky reader!
News

Canyon widens the Spectral family for 2022
The Spectral now gets all of the wheel sizes, an alloy option and new CFR build
Review

All-City Gorilla Monsoon Review £2600.00
A comfortable, smooth handling beast of a bike that'll cope with whatever you throw at it
Review

SMOOVE Universal Chain Lube review £15.00
A truly universal all-weather lube that stays smooth and sticks but it is a bit pricey
Feature