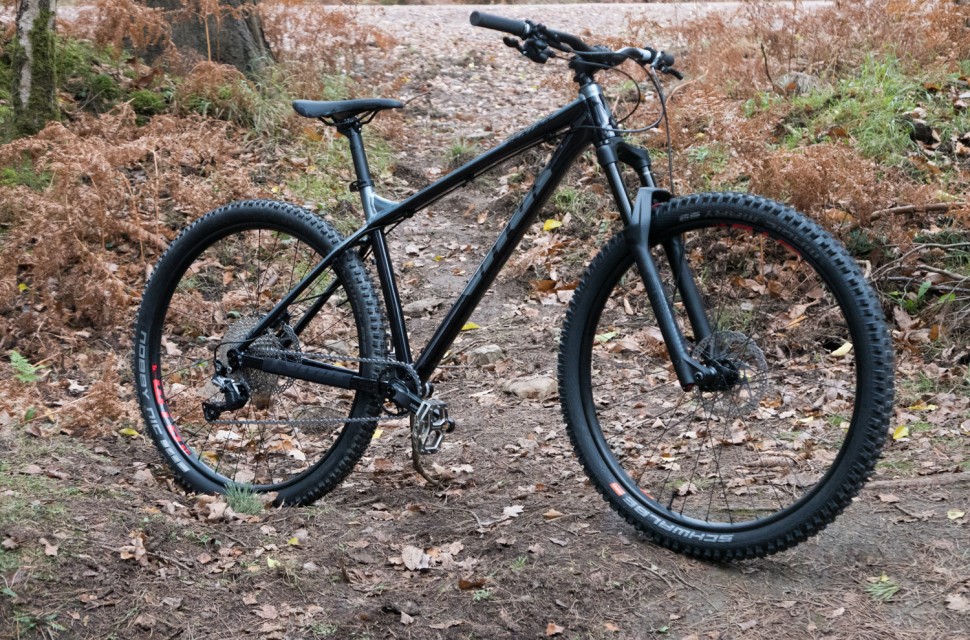 If you’re after a do-it-all hardtail ready for rough and tumble riding, then the Vitus Sentier 29 VR hits the spot with a solid and well-thought-out spec for the cash and confidence inspiring handling paired to the big wheels. While the aluminium frame isn’t the most comfortable thing out there, budget for a dropper post and you'll have a superb ride.

Sporting 130mm of travel up front from a RockShox Sector fork, it’s the bigger wheeled brother to the 650b wheeled Sentier 27 range which, apparently, outsells it. That seems a bit odd, because I always think bigger wheels are very much a positive when it comes to hardtails, smoothing the perception of bumps and improving stability. Either way, the geometry has been updated over the last year’s bike - which we loved - with all the usual longer, lower, slacker tweaks, bringing the handling right up to date.

Digging into the component choices, it’s really good to see that, in addition to offering really solid value, there are some smart touches that make a real difference. A good example is the fact that there’s a spiky and super grippy Schwalbe Magic Mary up front with a faster rolling Nobby Nic at the back, both being tubeless ready. 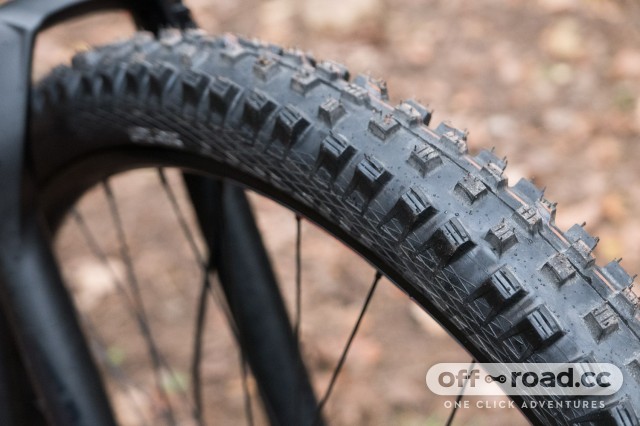 While most bikes at this sort of money would leave it there, the front tyre also gets the gripper Addix soft compound and lighter Apex sidewall, while the rear gets a faster rolling compound but extra tough Double Defence sidewall to deal with the beating it’s going to get. That’s undoubtedly added expense over simply banging on a cheaper tyre that looks the part but uses a rubbish compound or flimsy sidewall, but it really pays dividends when it comes to the ride. 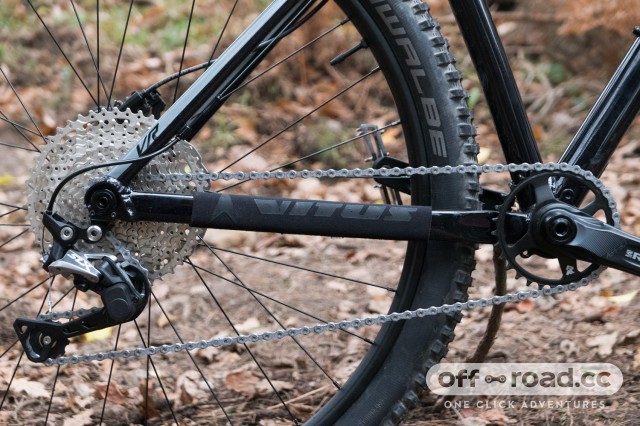 Elsewhere, there’s a good mix of kit that functions just as it should with an 11-speed Shimano SLX shifter and mech shifting over a SunRace 11-46T cassette, which doesn’t have some of the unpleasantly big jumps of Shimano’s own version. The RaceFace Aeffect chains gets shorter than average 170mm arms for improved ground clearance plus a 30T direct mount ring. It all works really well together and it means there’s plenty of gear range for hills and the flat. 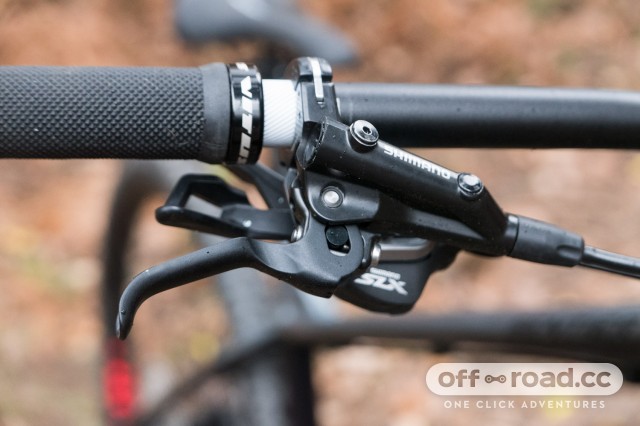 Shimano’s non-series MT500 brakes are also good, with a lever that apes the shape and the more expensive units in the range and delivers decent stopping power thanks to 180mm rotors at either end. They’re not quite a full of bite and feel as the posher brakes, but they do the trick just fine. The same can be said of the WTB i29 rims, which are tough, reliable and unflashy. They’re also ready to be converted to tubeless with the included valve stems and that’s probably a job you should prioritise unless you have a thing for replacing pinch flats.

It’s also hard to complain about the Nukeproof finishing kit, with a comfortable saddle and some nicely wide 780mm bars with a 25mm rise. It’s rather telling that the 50mm stem feels a touch long these days, but it’s nowhere near as tiller-like as what you’d find on a lot of Euro-brand hardtails at this money.

The Sentier 29 VR manages to strike a really good balance between confident handling for those that want to get lairy and the perkier feel people after an all-around trail hardtail will be after. With a reach of 446mm for a size large frame, the bike is reasonably spacious without being too much of a sledge for it to be fun on flatter trails. Longish 439mm stays strike a compromise between stability and reactiveness, while a 73-degree seat angle is moderately slack, it doesn't hinder it too much on steep climbs. 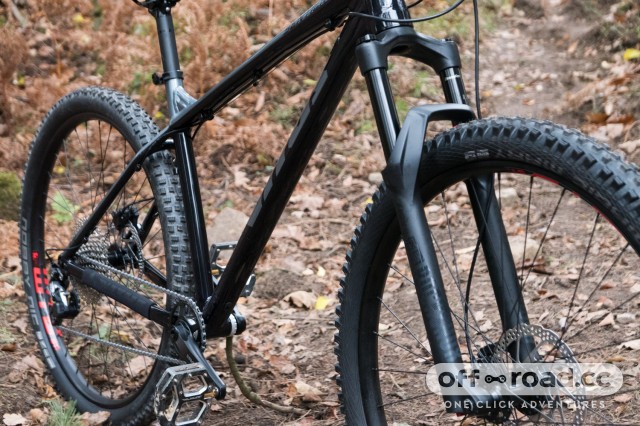 A 66.5-degree head angle strikes a similar balance, and while 130mm of travel doesn't seem like a lot, you'll generally be getting rattled to bits before you reach the absolute limits of the Sektor's slightly flexy chassis. The Debonair air spring is a highlight, offering really good initial stroke sensitivity from what is a relatively basic fork. 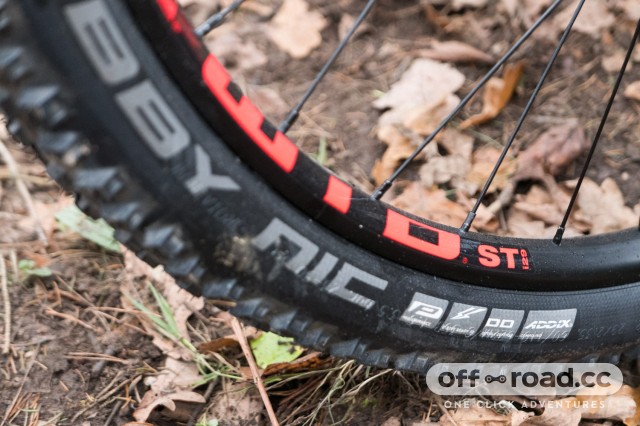 Chunk in the confidence inspiring rubber, with the front Magic Mary being a particularly tenacious gripper even in sloppy conditions, and you've got yourself a bike that really tears it around the twisty stuff, thanks in no small part to a bottom bracket that sits you low in the bike. It manages to be able to carve turns sweetly without feeling lazy or dull when you want to change direction, which inspires you to hold on harder and push deeper towards the limits of the tyres. 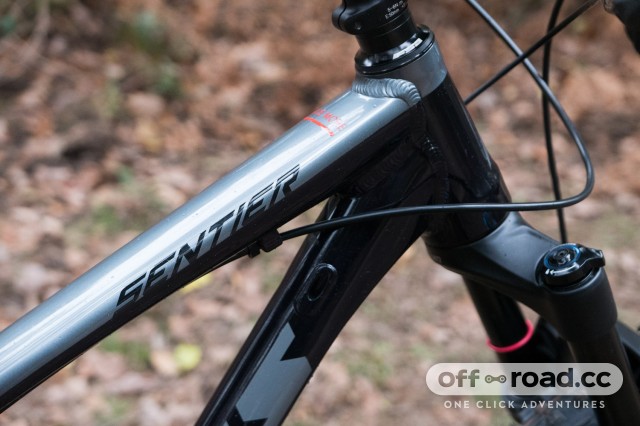 In fact, the handling is so good that it encourages some fairly lairy behaviour - one particularly over enthusiastic huck to flat moment left me limping for quite some time when the landing wasn’t quite as smooth as I’d hoped. That does highlight that the back end on this bike isn’t particularly subtle or supple, with chunky, relatively unmanipulated tubing on the seat stays transmitting whatever chaos is going on under the rear wheel pretty directly to the rider. It’s hard to single the Sentier out in this regard as it’s a feature of most aluminium hardtails at this sort of money, but it’s noticeably more brutal than spendier steel frames. 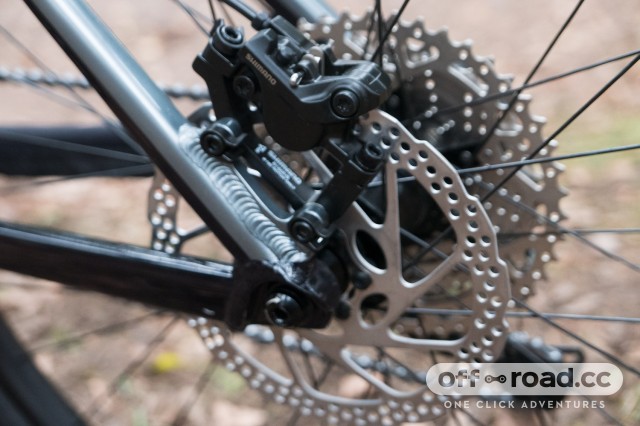 All in all, it's very hard to fault the Sentier 29 VR. It offers a lot of bang for your buck at a thousand quid and while the geometry isn't as mad-rad as some, few rivals at this money are. Okay, so the back end can be pretty harsh and to really exploit the full potential of the bike you'll be wanting to shove a dropper post on there pretty soon, but if you want high-value hardtail thrills, the Sentier is a really versatile and hugely fun machine.