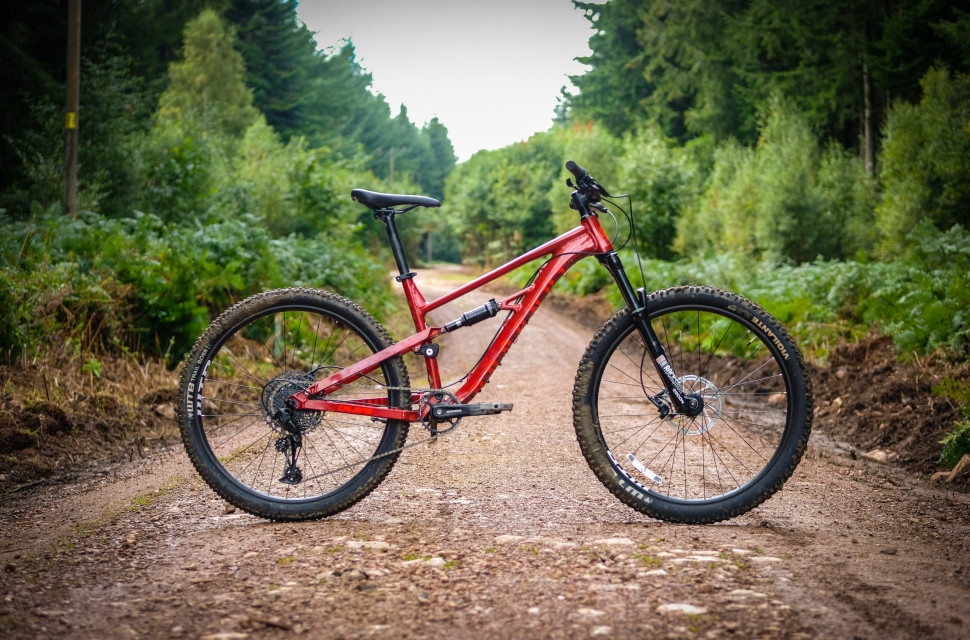 The 2020 Calibre Bikes Bossnut 3 hit the Go Outdoors shelves in August this year boasting new geometry, better components and dare I say it, even better value. Here at off-road.cc, we love this budget busting trail bike, its fun, its upgradable and in its full suspension form it’s a great, accessible introduction to mountain biking.

Let’s start with the price, this 130mm of travel, full suspension trail bike costs just £1,100 with a Go Outdoors discount card. The full retail price is £1,500 but let's get real here, with the store discount card costing just £5 (if you don’t already have one) there isn’t going to be anyone paying full price for it. All in, the math isn’t hard, this bike will cost you £1,105. 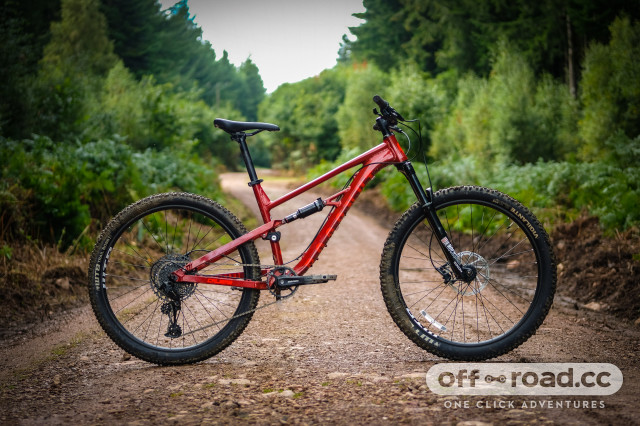 For that sum, you get a Rockshox Recon RL fork with 130mm of travel, its not Boost (neither is the rear end) but at this price I don’t reckon there will be any complainers, it just means if you do upgrade the fork you are going to need to make changes to the front hub too or purchase a Boost conversion kit to make the two compatible. 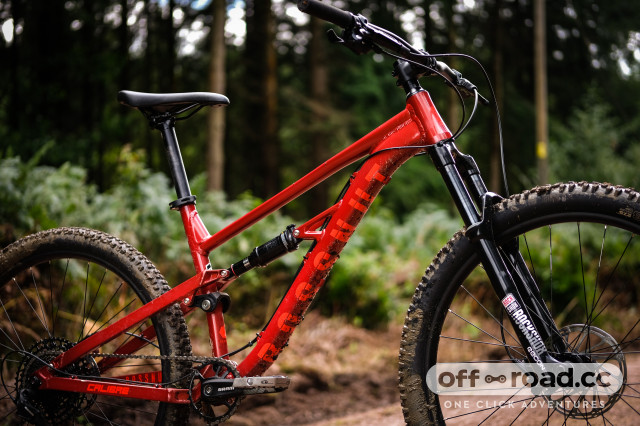 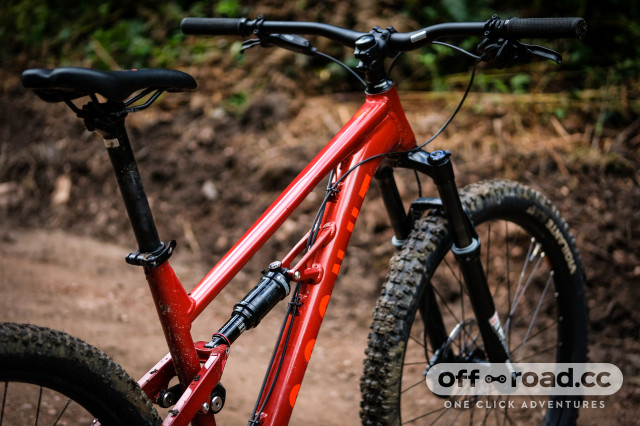 Taking care of suspension duties at the rear is a Rockshox Monarch R shock, it’s the same shock as last year’s bike and offers the same performance, it’s a little unrefined and there is little tuning in between the fast and the slow rebound setting but it works well enough for the kind of riding this bike is likely to undertake. Push it harder and faster though and you might find it a tad unpredictable and not as plush as more expensive and tuneable units, but given £1,100 for a full suspension bike we’re not complaining. The Recon RL fork is an upgrade over the Sektor found on the 2019 bike too but again, rebound speeds are either fast or slow, the same reasoning applies though, its an ideal fork for this price range. 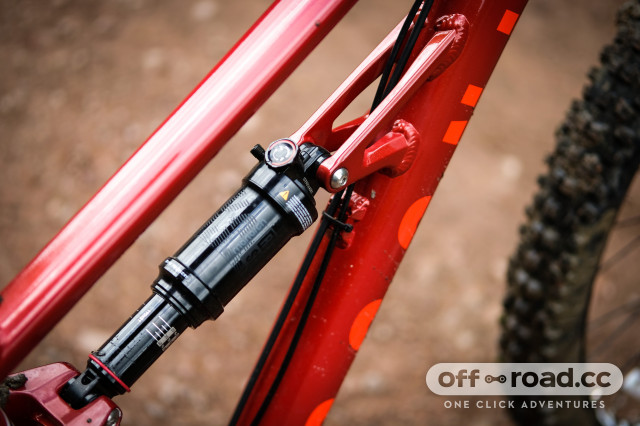 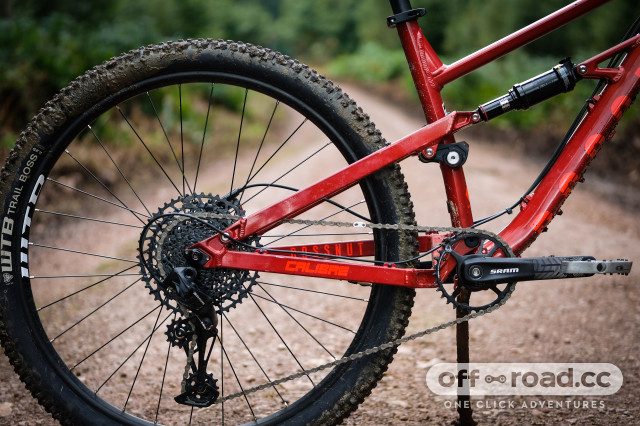 The bike gets a big trump card of SRAM SX Eagle 12 speed which will no doubt attract a lot of buyers. The 1x drivetrain comes with the same 11-50T cassette found on the more expensive NX Eagle models (10-50T on even pricier versions) but its cheaper and consequently heavier. It’s not as smooth shifting as its 12-speed siblings but it does still offer that massive range and that’s something not to be sniffed at, hills come easier riding this bike than they might otherwise, with its 50T granny ring and a 32T chainring. Pennies have been saved in the bottom bracket department with the appearance of a SRAM SX Eagle Powerspline crankset and bottom bracket. This is a cheaper and heavier component but easily upgradeable to a SRAM DUB version or similar once worn out, although you will also need new cranks. Out of the box all the components worked smoothly with no problems encountered. 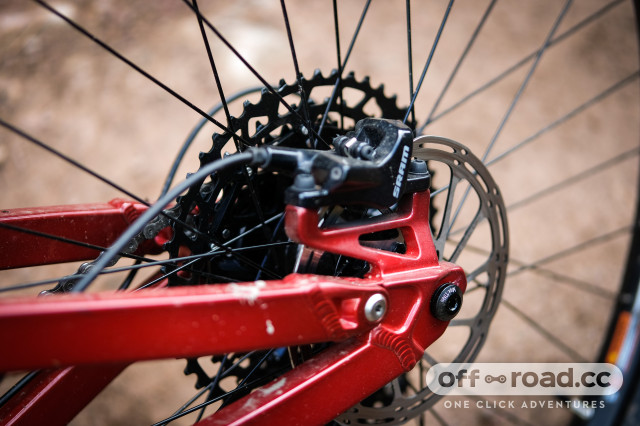 To stop the Bossnut gets SRAM Level T brakes, adequate stoppers that are head and shoulders above the Shimano M506 offering on the previous Bossnut. Elsewhere the bike gets WTB ST i29 27.5" wheels with WTB Vigilante High Grip Comp 2.3" tyre on the front and WTB Trail Boss Comp 2.25" at the rear. The wheelset comes with tubes but there's nothing stopping you upgrading them to tubless, find out if we think it's worth it here! There are a 45mm stem, with 780mm wide bars, Calibre branded saddle and fixed seat post with a quick release seat post clamp. 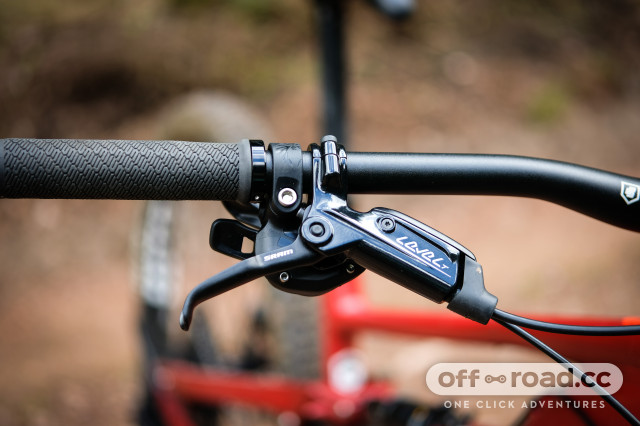 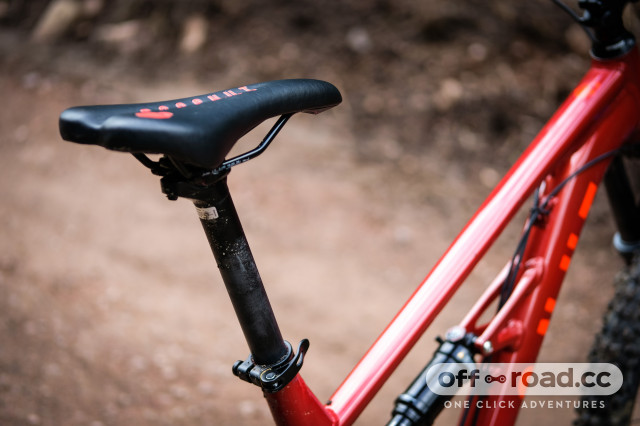 The price doesn't include a dropper post and we'll guess most buyers will put one at the top of their upgrade list from the very start but we reckon that’ll be the only thing they “need”.  There is internal cable routing ready for that dropper, the cable will be routed down the underside (outside) of the downtube, under the bottom bracket and up into the seat tube at the rear. Seat tube lengths are shorter across the board on this years Bossnut to allow for longer dropper posts to be inserted too. Also worth mentioning are the both through axels at the front and rear, upgrades over last years quick release axels, 100x15mm at the front and 142 x 12mm at the rear. 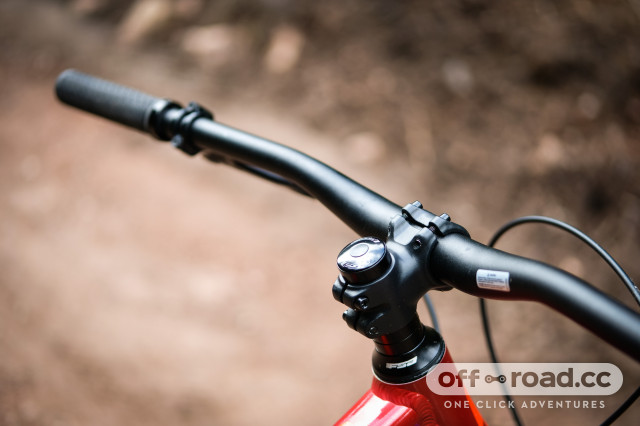 As we mentioned the travel is 130mm which is the same as last year's bike but that is where the similarities stop. The bike gets all new geometry, its purposeful and begging to be pushed hard. The bike is stretched out this year with the medium bike (as ridden) getting a longer reach by 13mm, up to 442mm. All bikes have a slacker head angle by 2°, now 66° and a steeper effective seat angle, now at 74.5°.  It’s not quite Calibre Sentry territory but maybe there is some truth in the rumour that properly aggressive geometry is a barrier to some consumers. 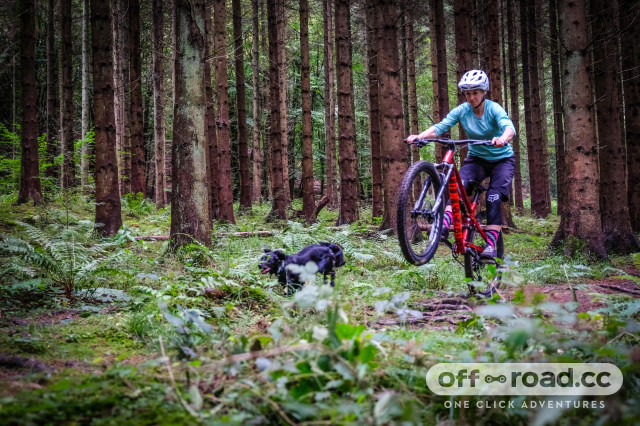 For its given purposes which we expect to be trail centre razzing and more flowing singletrack the Bossnut geometry is on point, it’s a responsive bike and it only weighs 14.9kg (32.13lbs) which although isn’t light for a 130mm bike it's actually pretty impressive for a bike that costs just over a thousand pounds. The bike encourages you to push harder, its confidence inspiring when descending and a comfy place to churn out the miles, a real jack of all trades ready for new and experienced mountain bikers to use when dipping their toes into different disciplines of the sport and traversing varied terrain. 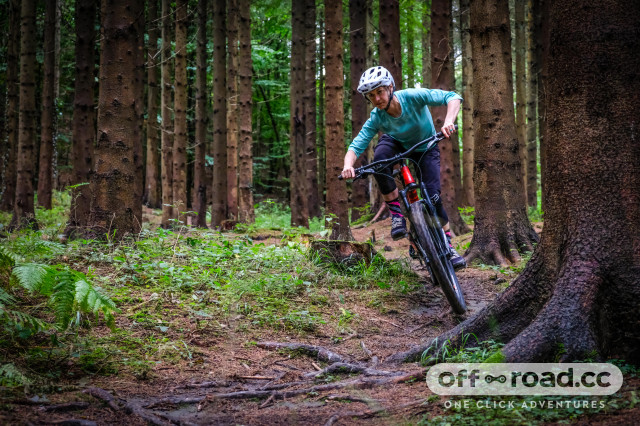 The Calibre Bossnut 3 gets another five stars from me, and that’s not just because it's cheap, it’s a well specced and well thought out trail topper from a brand that is making mountain biking increasingly accessible. The last question to answer is this: is there anything out there to topple it from its throne? I think not, thought could be given to the purchase of the newly release Calibre Triple B, for £1,500 you get a dropper post, a Boost fork, a better shock, Guide RE brakes a DUB BB and wider tyres. But given that the extra £400 is nearly 40% of the cost of the Bossnut, the relative cost increase is pretty high at this end of the scale making it a barrier to those looking around the 1k mark.