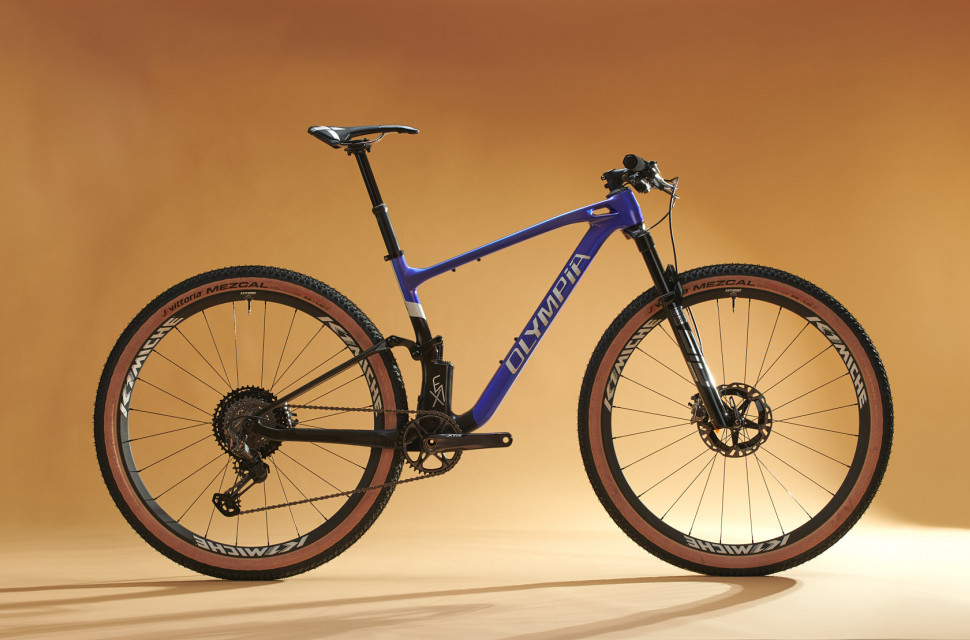 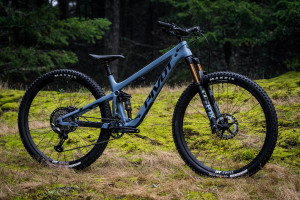 Italian bike manufacturer Olympia may be a little-known name on the modern UK cross-country scene but its brand-new F1-X is sure to turn some heads. It has a unique, semi-concealed suspension layout that's said to offer a range of benefits. Here's what you need to know.

Olympia has done an awful lot with this iteration of the F1-X but most notably, it's taken a leaf out of Scott Spark's book and hidden the shock inside of the frame but on this bike, only partially. This design has allowed the engineers to mount the shock even lower into the frame which is said to improve the bike's performance downhill but without compromising its uphill prowess. 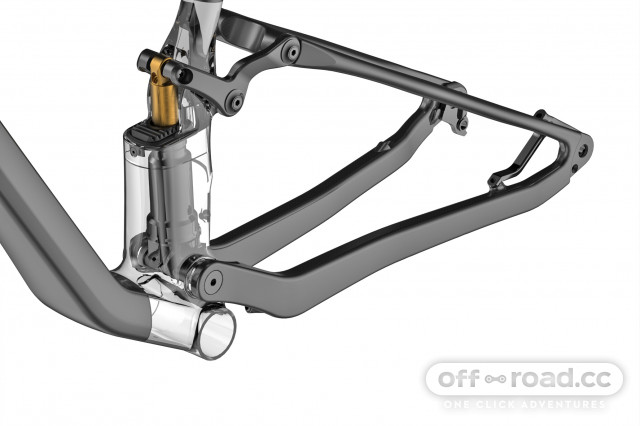 The brand admits that this design is peculiar, especially as the shock is mounted via the very same bolt that holds the chainstay to the front triangle. Not only does this render an addition shock mount redundant but it saves weight, and makes for an assembly that's stiffer, and stronger, says Olympia.

It's promised that this design improved efficiency too, as the shock is moved backwards from the fulcrum point, which makes the suspension work smoother. This design also protects the shock from the elements and the top is covered by a rubber seal. Differing from similar designs, the shock is accessible through a covered access port cut into the rear face of the seat tube. 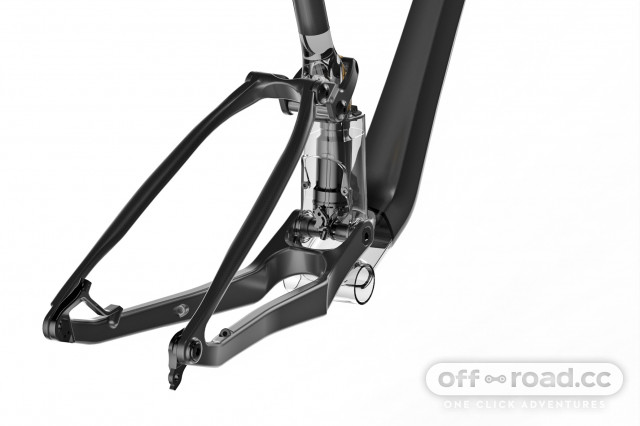 Olympia has built more cool tech into the F1-X, gracing it with 110mm of travel at the front which can be converted to 120mm without too much of a compromise to the bike's ride character. The seat tube gets steeper on larger frame sizes with the smallest frame benefitting from a 76.5-degree angle. Each size thereafter gets an additional half a degree. The bike then benefits from a 67.5-degree head angle and as expected of a modern cross-country rig, it rolls on 29in hoops.