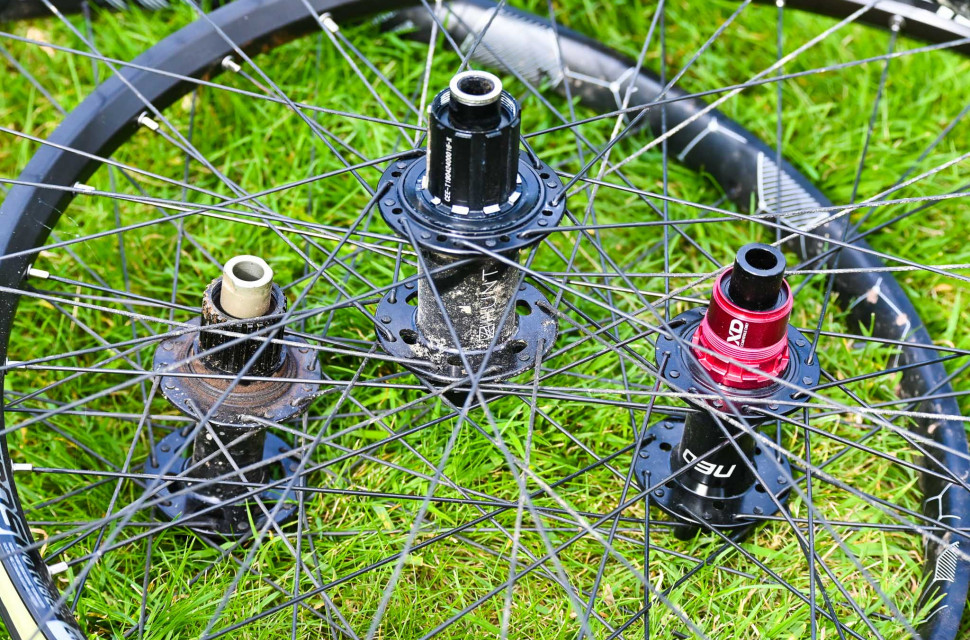 If you're looking to upgrade your mountain bike drivetrain, then knowing which freehub you have or need on your rear wheel is essential - and with a plethora of standards about it's not that easy to figure out. This guide will help you pick the right one, whether it's from SRAM or Shimano, the XD, HG or Micro Spline standard or for a 9, 10, 11 or 12-speed cassette.

The freehub is an essential part of your bike - without it, you'd always have to be pedalling as long as you're moving. It's a more modern development of the old freewheel, but instead of having the sprockets permanently attached to the freewheeling mechanism, they're a separate assembly of cogs stacked together, called a cassette.

Where it gets tricky is how the cassette attached to the freehub body. It's usually a system of splines that the cassette slides onto before being locked in place, but there are a number of standards that aren't compatible with each other, so it's vital to know what you've got and what you need. 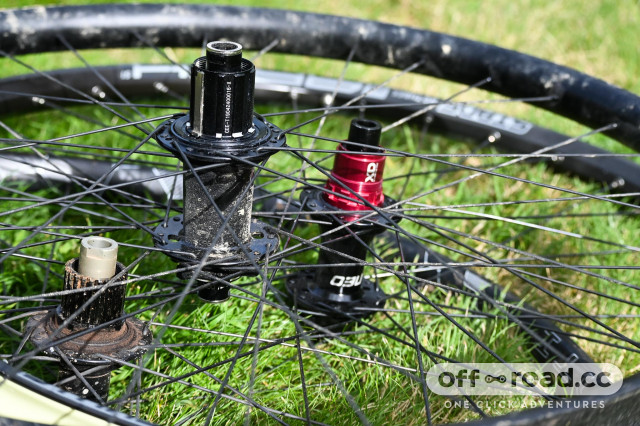 This guide deals with the most common mountain bike setups - road cycling cassette and freehub compatibility (and gravel as an extension of that) is a whole different kettle of fish, we're afraid.

Jump to a section

Do I have a freehub or a freewheel?

The quick way to tell which you have is to remove your wheel, insert the splined tool used to remove a cassette or freehub into the corresponding splines on the hub and then move the sprockets backwards. If the tool stays stationary, you have a freewheel - but if the tool moves with the cogs, then it's a freehub design.

Freehubs are lighter and allow for the bearings inside to the hub to be spaced more widely for a much stronger axle, so if you intend on doing some proper off-roading, a wheel with a freehub is what you want - it also opens up more upgrade options.

Joyously, almost all of these cassettes share the same freehub body standard, whether they're from SRAM, Shimano or any other brand. It's called Hyperglide and Shimano invented it back in the mists of time (well, the early 1990s). 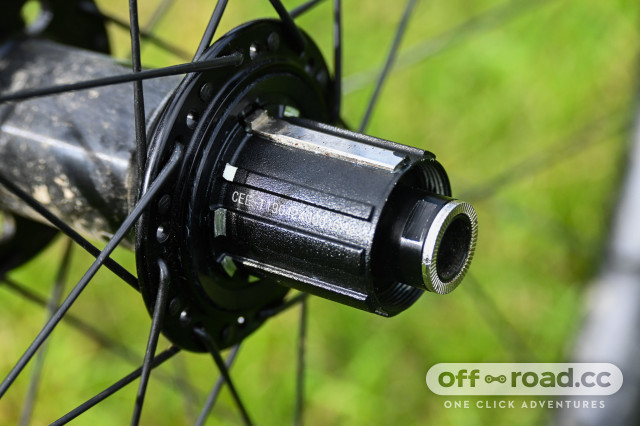 It uses fairly shallow splines that extend the full length of the freehub body. There is one wide spline and one thinner spline that key the cassette in a specific orientation - you'll need to make sure these line up with the corresponding features on the cassette when fitting.

While HG is the most common standard by far, there are still a few fitment pitfalls to be aware of. The first up is that there is a 7-speed specific HG freehub body. It's shorter than the 8-speed and above design, so those cassettes won't fit on it.

The second issue is that when Shimano moved to 11-speed on their road bikes, they made a freehub body for that was slightly longer. It's possible to have this fitted to a mountain bike or gravel wheelset but the solution is a simple, thin spacer fitted to the freehub before the cassette is placed over. If you tighten down your cassette lockring but the sprockets on the cassette still move or rattle, then you likely need this spacer to be fitted. New wheelsets often come with one if it's likely to need it.

What do I need for 11-speed cassettes?

If you are fitting a Shimano or Shimano compatible 11-speed cassette, then a normal HG body is fine.

If you are fitting a SRAM 11-speed cassette, then things are a bit trickier. Higher-end SRAM 11-speed drivetrains use a special XD freehub but the more affordable SRAM 11-speed groups use a normal HG freehub body. 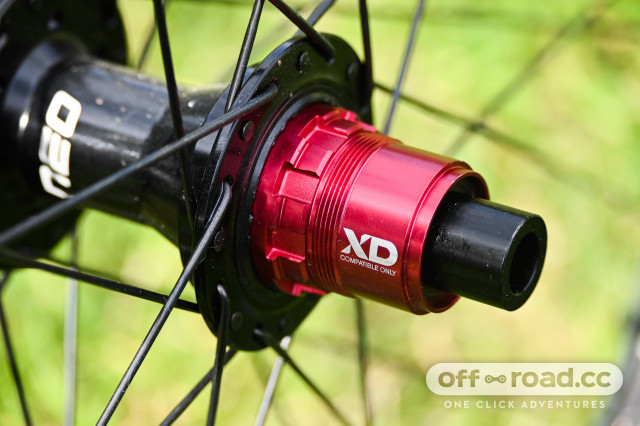 An XD freehub body is physically different from an HG body, but the design is actually based on one, so it's very common to be able to buy an XD body that'll fit on a hub that came with an HG body. It's best to check with your hub manufacturer to see if it's possible to swap them - XD is an open standard, so anyone can use this body on their hubs, without having to license it from SRAM.

SRAM has also done it's best to confuse people with the introduction of an XDR freehub body for road bikes. It's not seen on mountain bike wheels, but it's possible it will crop up on gravel bikes. It's compatible with XD, but once again, you'll need to add a small spacer.

What do I need for 12-speed cassettes?

It's best to split this into two sections for SRAM and Shimano 12-speed systems as it's where they begin to diverge significantly.

SRAM's 12-speed mountain bike setups use both the XD and HG freehub bodies, once again with the higher-end groups having XD and the more affordable kit using the HG body. 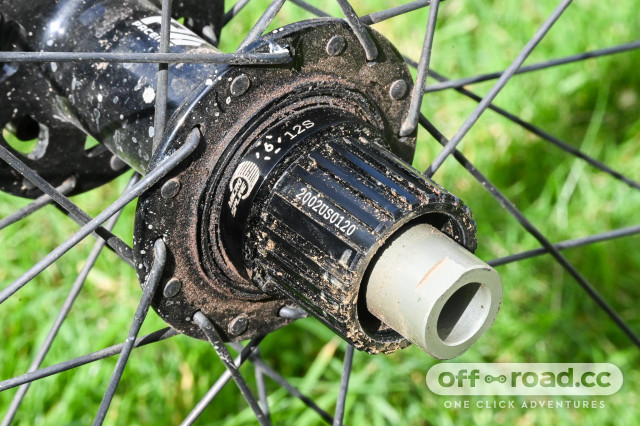 When Shimano created their 12-speed drivetrains, they also created a brand new freehub standard called Micro Spline. You will need to use this on every 12-speed Shimano MTB drivetrain created so far, from XTR to Deore. 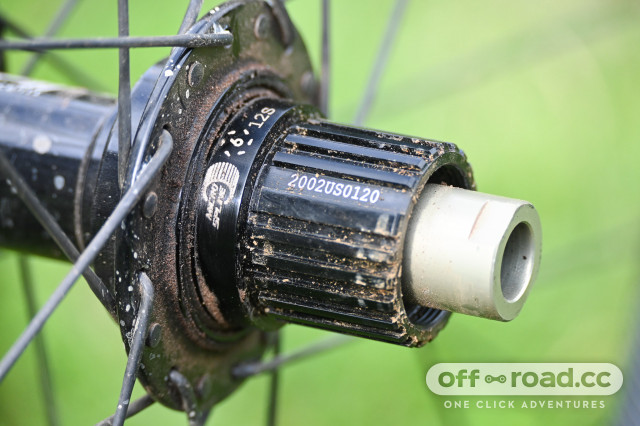 That means that if you want to run a 12-speed Shimano group but don't want to get a Micro Spline hub, you could use a SRAM 12-speed cassette with either an XD or HG freehub body.

It's worth pointing out that you might run into shift quality or other unforeseen issues when running a hybrid setup, but it's a useful last resort.

Other odd standards you may come across

While there are plenty of aftermarket cassette manufacturers out there - e*Thirteen, Sun Race and others - almost all of these conform to either the HG or XD freehub body standards. Even Rotor's 13-speed hydraulic group uses an HG body for the cassette, though the hub itself uses different spacing.

The exception to that is Hope's short-range DH cassette, which fits onto a unique freehub that fits only to their Pro4 and Pro2 EVO hubs.

Campagnolo also uses a totally different design of freehub body for their road groups, but we can safely ignore that as they're yet to create a modern MTB drivetrain.

If you're any freehub or cassette related queries below, feel free to ask and we'll update this article.