Skip to main content
...in what is becoming a yearly occurrence 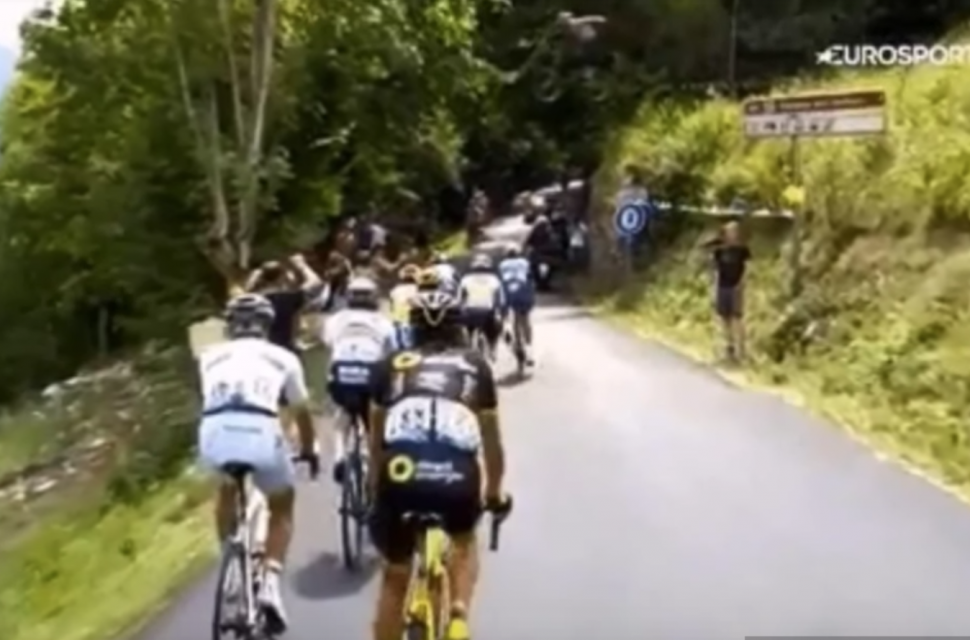 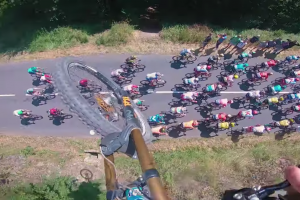 We’ve seen this before on the Tour de France, but it never fails to thrill – a cyclist jumping over the peloton.

It happened during yesterday's Stage 10, the first in the Alps, from Annecy to Le Grand Bornand, though this time the internet seems to think the rider was on a BMX rather than a mountain bike. We are not so sure - what do you think?

Whatever bike this is the YouTube channel where this video was sited weren't too happy about the whole thing!

"Daredevil jumps over Tour de France peleton on BMX in crazy stunt on stage 10 into the Alps Prankster flies above the riders on a narrow stretch of road, narrowly avoiding taking anyone out. THE Tour de France was hit by a dangerous prankster today — as a BMX rider jumped over the peloton. The daredevil flew off a ridge above the riders, only narrowly avoiding taking anyone out as he landed on the other side of the road. The incident occurred on stage 10 in the Alps, with most bikers seemingly blissfully unaware of what was going on. It would have been just the latest spectacle to hit the Tour de France this summer after a series of shocking scenes." -  Sport Football HD Channel

In 2013, French freeride mountain biker Romain Marandet jumped over a group including eventual winner Chris Froome of Team Sky during the 100th edition of the race. And last year at the Tour of Poland, Red Bull-sponsored rider Szymon Godziek did a backflip over the peloton at the Tour de Pologne.

Our sister site, road.cc has a different video view here from Twitter.