Skip to main content
A history of hucking the famous peloton 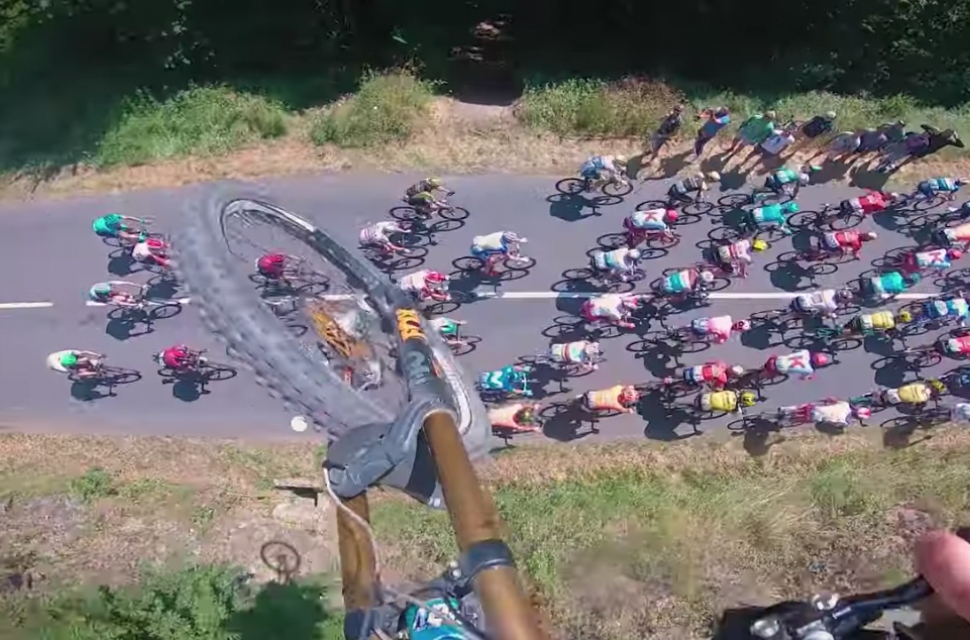 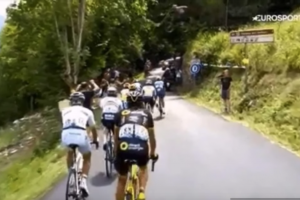 Mountain biker jumps over Tour de France peloton in the first stage yesterday
...in what is becoming a yearly occurrence

Mountain bike deals for the dirt: It's another roundup!
Gadgets, kit and a bike box amongst other deals this week

Deals For the Dirt: It's the Off-Road Roundup!
There are shoes, components and even a tempting trip the Alps!

Yesterday as the Tour de France rode Stage 10 of the 2019 tour, 19-year-old Valentin Anouilh took to the trails above the peloton and claimed the honour of being 'the guy to jump the tour' this year. We thought it was high time we rounded up all the mountain bike jumps over the Tour from as far back as 2003, as it seems this is becoming a bit of a thing now....

19-year-old Valentin Anouilh hucked the huck during Stage 10 of Le Tour somewhere around St Flour and Albi. The French mountain biker is sponsored by Orange Bikes and Hope Technology and it looks like he's making his way in the bike world by beginning to film stunts and trick on YouTube whilst racing. This year's attempt at gapping the peloton has already amassed 279k views!

Last year, Alexis Bosson jumped over riders, again on Stage 10 but this time as they climbed up the Montée du Plateau des Glières. This rider threw in a no hander as well, as if launching over a road full of riders wasn't quite enough! Bosson was also caught on the live race footage for additional 'tour jump kudos points'.

Between 2014 and 2017 things were quiet on the Tour de France huck front, but back in 2013 Romain Marandet from Annecy planned an executed a huck as the peloton rode from Annecy up Le Semnoz. Researching the topic shows that a large amount of rain the night before soaked the take off and landing but Marandet successfully completed the jump and made a short film about how they planned the jump.

Canadian mountain biker Dave Watson kicked off the Tour de France hucking movement way back in 2003. He jumped over the peleton as they rode stage 8 up to the summit of the Col de Galibier. Without any practice jumps Watson launched down his man-made jump and came up slightly short, crashing on landing, but he did get some epic footage and started a trend that we think is going to continue for quite some time!

Who will it be next year? How will they do it? And on what bike? We think that future riders might take note of Simon Godziek's flip over the Tour of Poland in 2017.... on a road bike....

The best mountain bike trail building tools
Can you dig it? Yes you can.
Review

Morvelo Out There Overland Elemental LS Tech Tee review £30.00
A stylish and warm casual top, but not bike-specific enough for serious riding
News

5 cool things from O'Neal, Endura, Alpina and Giro
Lots of trail lids and matchy matchy kit in for review...
News