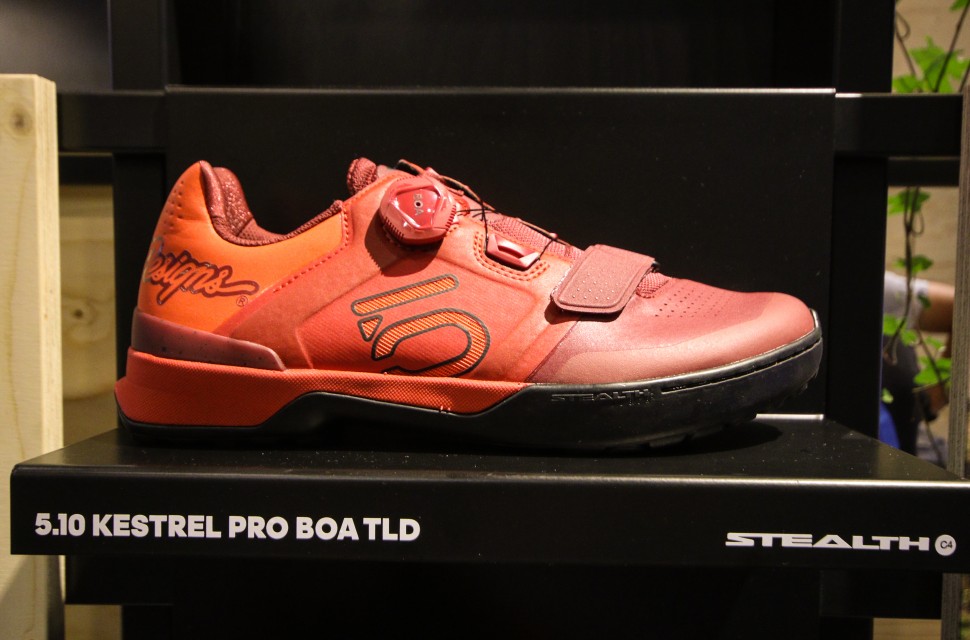 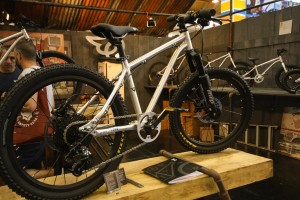 If you look into all the nooks and crannies of Eurobike 2018, you would have seen lots of brand new gear on show. We went in search of brand new mountain bike and gravel shoes, both flat and SPD to find out which might be the best ones to wear in 2019 - here's our roundup!

The Vaude AM Moab Tech shoe caught our eye as a good enduro style flat shoe. The shoe gets features more commonly seen on SPD shoes including a Boa fastening and velcro cover to keep everything clean. The low profile pair will cost between 120-170 Euro's depending on the model chosen. 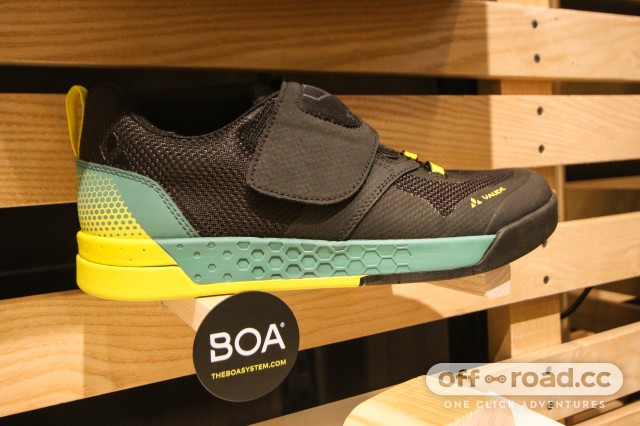 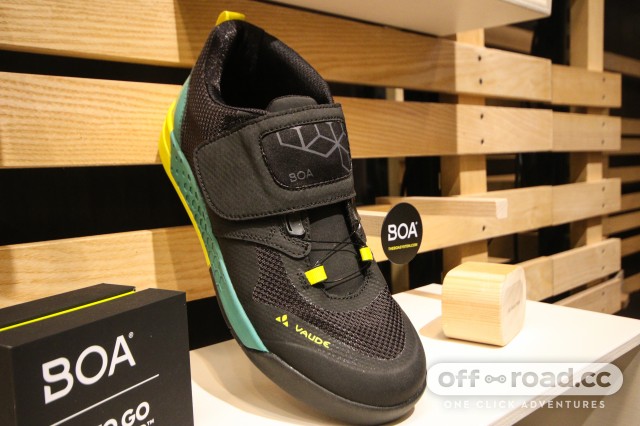 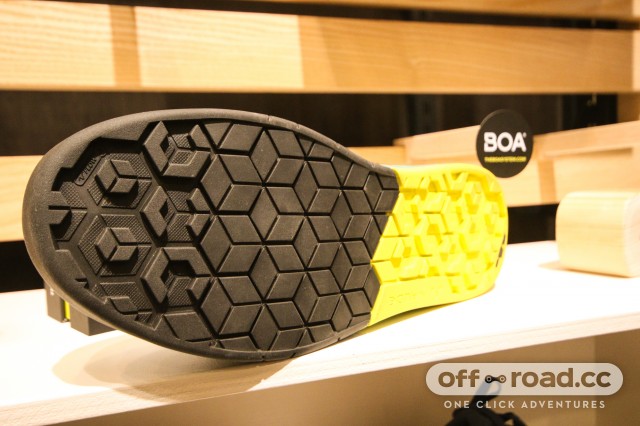 Five Ten have collaborated with Troy Lee Designs producing new colourways for both the Impact Pro flat shoes and the Kestel Pro Boas SPD's. Buy the current TLD kit and you can go full matchy matchy with these! 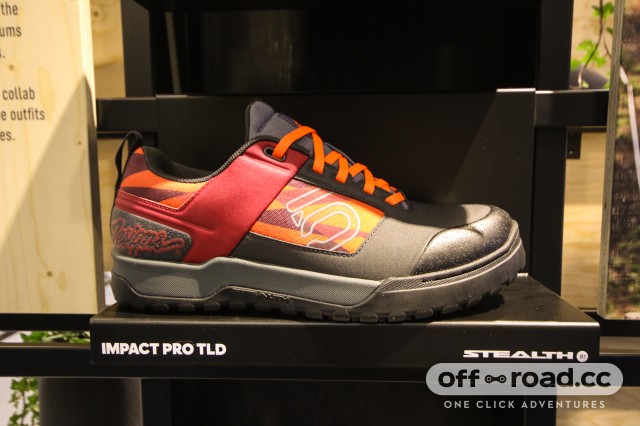 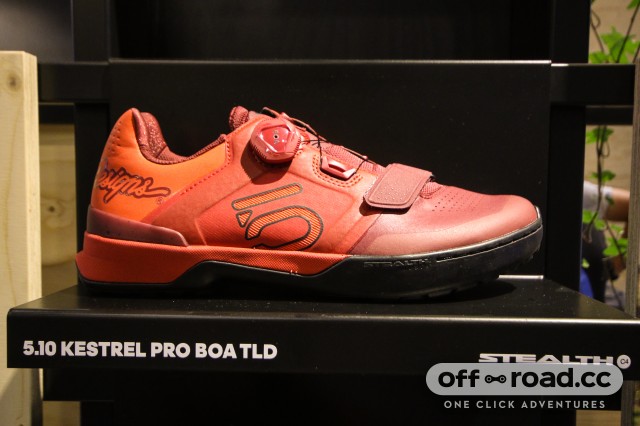 Also spotted on the FiveTen stand were these Sleuth DLX shoes which we want just for casual wear! They are a bike shoe though, a slimmer version of the Freerider. These are the women's version but they make them for men too. 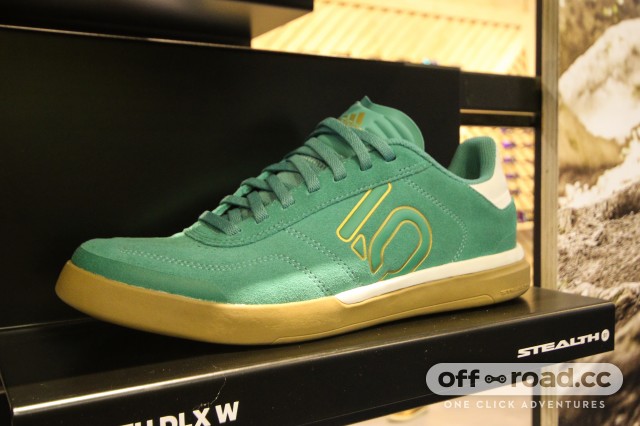 The Shimano AM5 all-mountain SPD and GR5 gravity flat-soled shoe get new colourways and added heel and outsole traction to improve grip. These look less bulky than previous versions, there is also a cool blue and a subtle black to choose from. 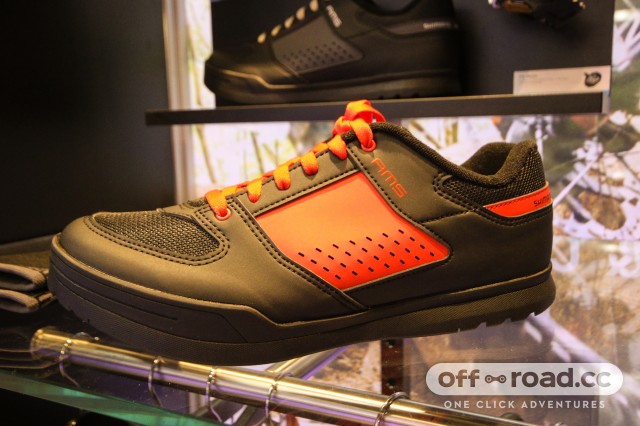 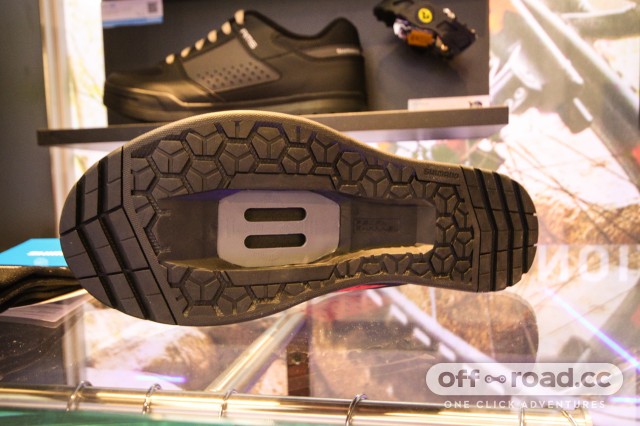 Nothing too new here aside from colourways, but this new mauve/yellow is pretty out there! The ION Rascal shoes are pretty stiff enduro shoe with neat cross over velcro fastening to keep laces secure. 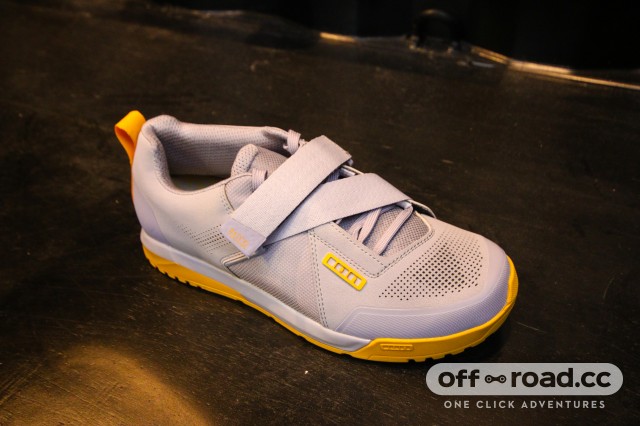 Northwave don't spring to mind as a first choice of MTB footwear but looking around their stand at Eurobike proved that we might have been missing a trick. These flat shoes are the Tribe's and look pretty cool in a street, skate kind of way. They promote a sticky rubber sole made by Michelin and a breathable upper. 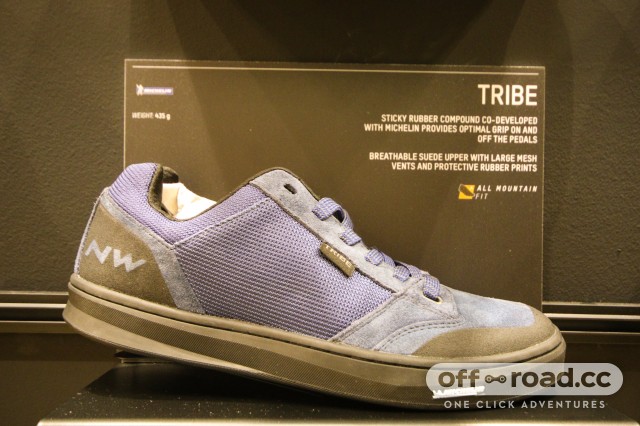 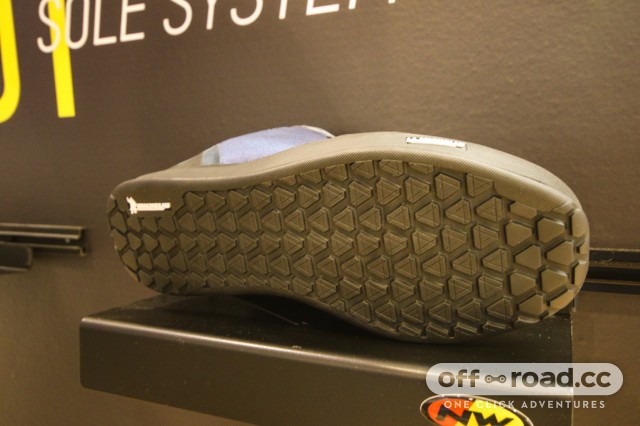 We've got a set of these in for test at the moment and have been getting on with them quite well so far. They have a casual look but are still pretty stiff for this type of shoe, with the Vibram sole giving plenty of traction on our large platform SPD pedals. 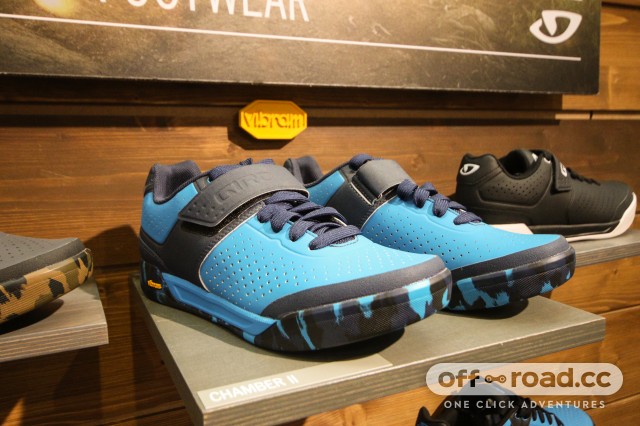 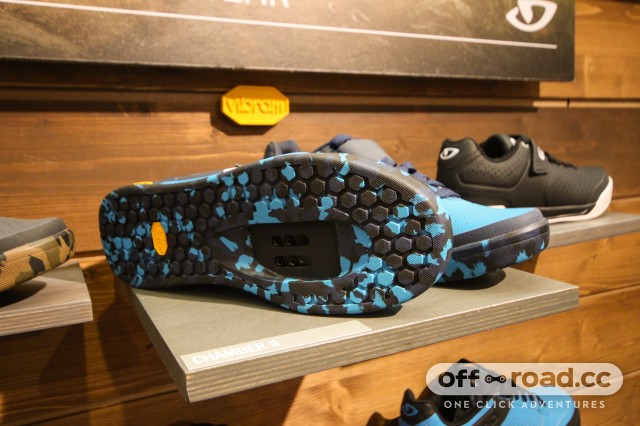 We reviewed the Mantra R shoes a little while ago and were a tad disapointed some pressure exterted over the top of the shoes. The lace up option of the women's trail shoe could be a good alternative to allieviate this. 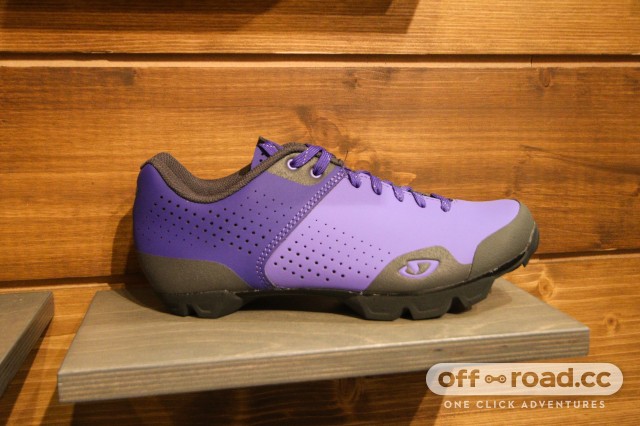 Ok, so these aren't the newest shoes out there but we really like the look of them. The redesigned Terraduro's are a lace up SPD enduro shoe with lace cover, lots of heel support and a neoprene boot to stop the dirt getting in too. 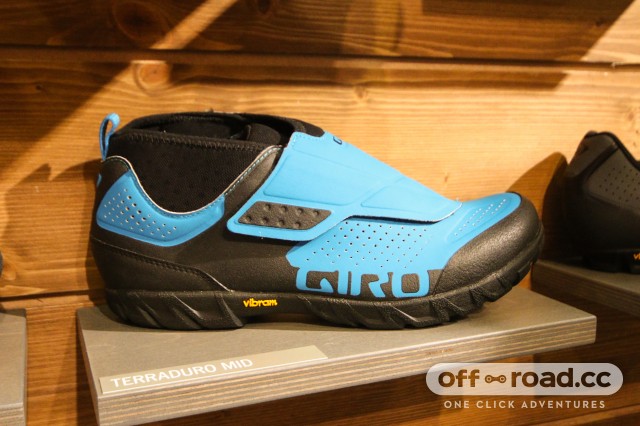 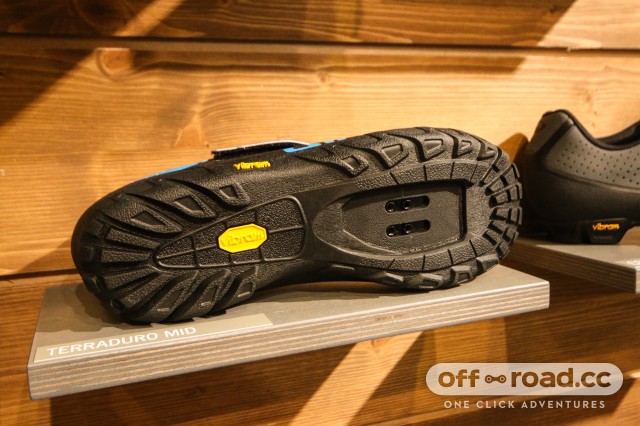 Funn are better known for their MTB component range but over at Eurobike they let us into a little secret - they are teaming up with shoe company SCg, to design shoes that work best with their pedals. These are very early prototypes so don't judge their aesthetic just yet! We do know there will be two SPD shoes; a lace up version and a version with lace covering (top photo) and the soles will be specially designed to work with the FUNN Ripper pedals. 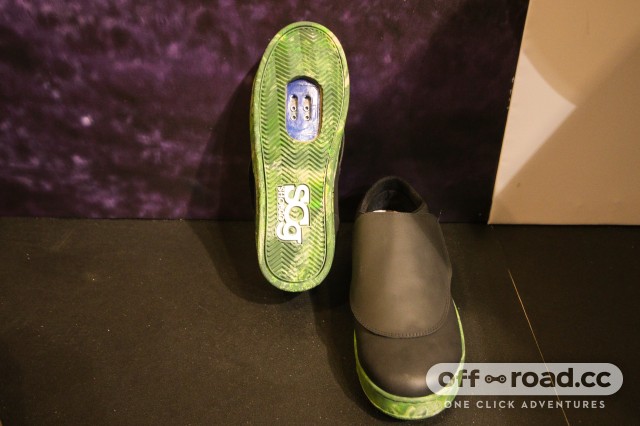 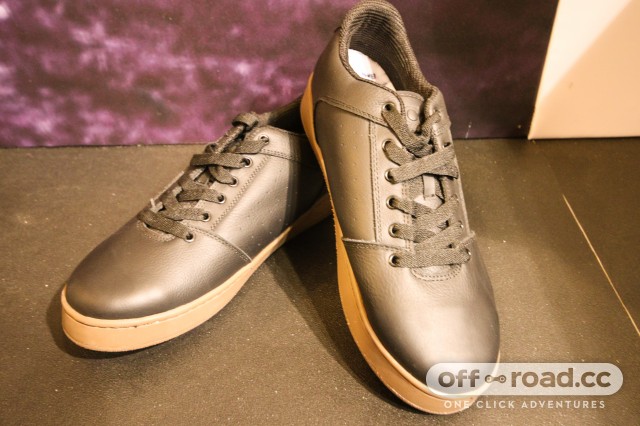 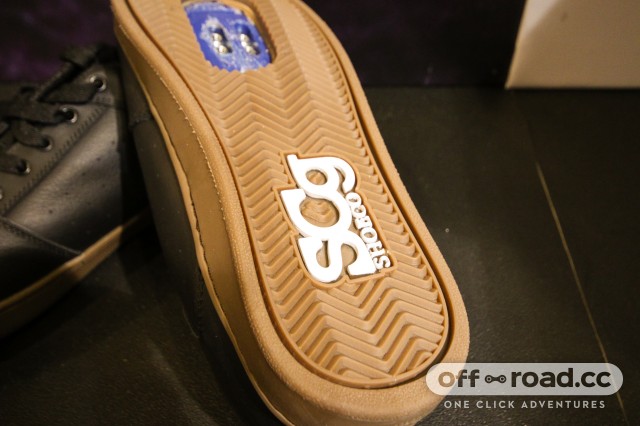