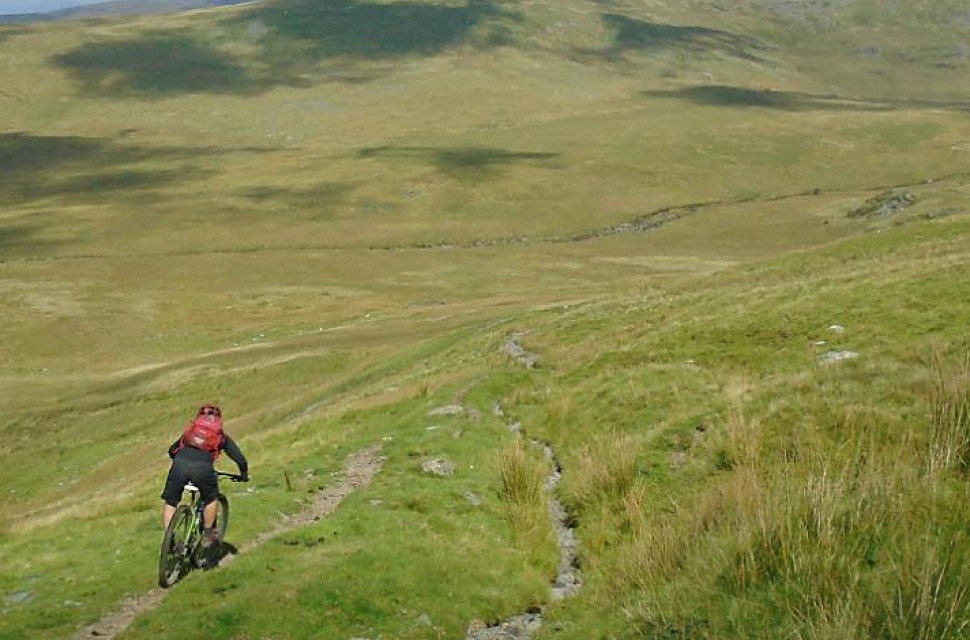 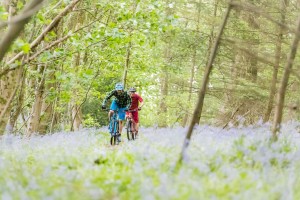 BBC Breakfast asks whether cyclists should be allowed on footpaths; internet responds with reasoned discussion
The people just want to get along (mostly)

We brought you news of the 'about turn' in the Welsh Government's plans to legalise greater rights of access in Wales back at the beginning of April. Now, Cycling UK wants your help in sending a message of thanks to the Minister for environment to help keep these plans on track.

Last month we told you about how Brexit had thrown a spanner in the works for better access, even after a large-scale consultation came out massively in favour of improved access for bikes. However, now Brexit is all sorted (?!) the Welsh Gov has re-tabled many of those original proposals, including opening up footpaths to pedal and hoof access where appropriate - eg where it won't cause massive issues.

"Through Cycling UK and OpenMTB’s Trails for Wales campaign, over 12,000 people to wrote to the Welsh Government supporting a revamp of public access laws. And thanks to you, they listened – meaning thousands of miles of trails being opened up for cycling.

We want to show our appreciation to the Welsh Government for this landmark decision and encourage them to see it through to fruition.

Imagine how you’d feel if you arrived at work and instead of reminders about meetings, the first emails you read were personal messages from individuals all over Wales and across the UK, thanking you for making a choice that will benefit so many people’s lives.

One of those letters could come from you!

Just fill in the short form, click ‘next’ and you’ll be sent to an editable letter to say thank you."

Here is the link to the form

What are you waiting for - every little helps, right?!

To keep up to date with all the news, aside from keeping an eye on off-road.cc you can also follow Open MTB on facebook. 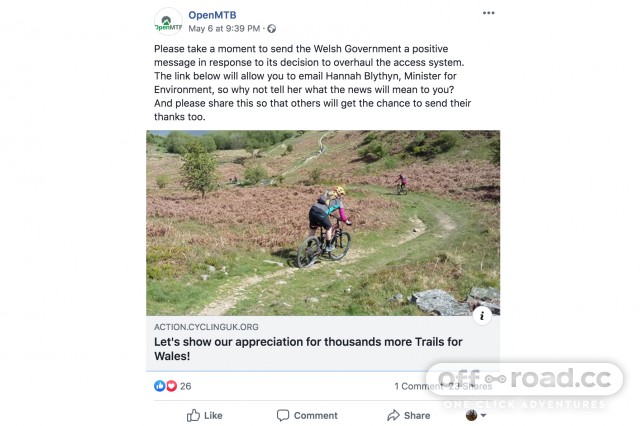