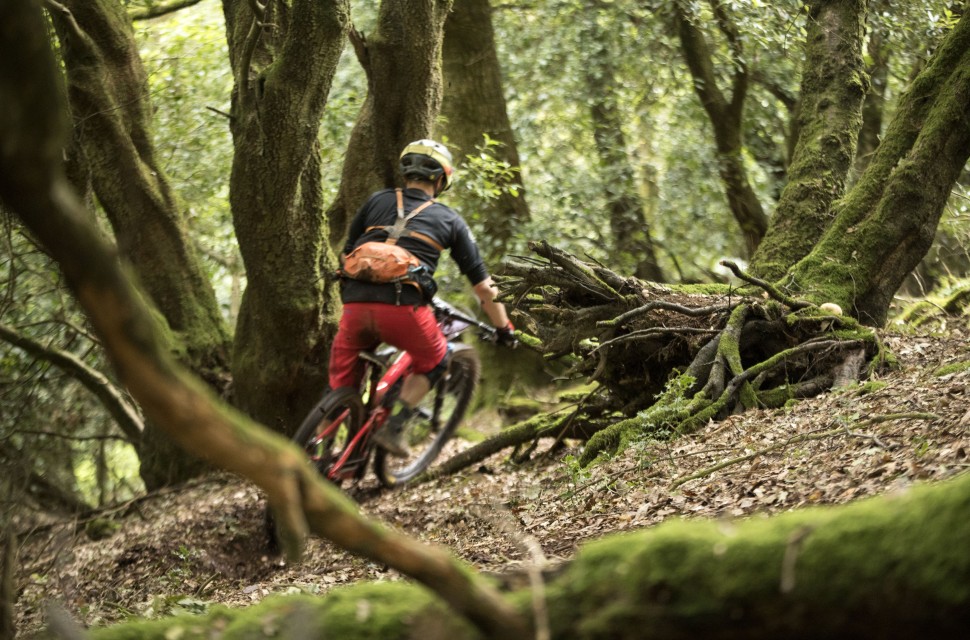 No matter how innately competitive (or not) you might be, there's always a part of you that wonders just how fast you could be on a bike if you put your mind to it. Follow our Jon as he tries to take it seriously for once with a season of enduro racing. In part two, he's struggling to find a training rhythm, but starting to see some gains.

I'm now just over a month into my training plan from Ben at MTB Strength Factory and by rights, I should be getting into a regular rhythm with two, hour-long training sessions a week in the gym, plus a normal weekend day of riding and another 45 minutes or so of aerobic exercise in the week. Ben actually designed this programme so it was easy for someone with an office job and responsibilities to work around and fit in, but despite this, I've been struggling somewhat.

While the fact that I don't have a particularly regular routine (organised chaos is more my style) the thing that's really buggered it up has been shoelaces. Yes, the things you tell children to tie up or they'll fall over and hurt themselves, which is exactly what I did when taking a bike from the back of the car to the garage, post ride. At 35 I should really be better than this, but I'm not and over I went, smashing my kneecap quite hard in the process.

Before that, I'd (almost) managed to get into the rhythm. Ben's schedule is pretty easy to follow and the best bit is that all of the set exercises for each of the sessions have accompanying Youtube videos that show you exactly how it's done - and getting correct form for these is a big part of the foundation month. While stuff like the aerobic exercise is easy enough to do on a turbo trainer at home - I quite enjoy Zwift-ing so it's no hardship to spend a bit of time pootling along trying to keep my heart rate under a set limit - I've been heading along to the proper gym for most of the sessions.

The reasons for this is two-fold. First up, they have all the kit needed, though it's cheap and easy enough to assemble all the bits you might need at home. Either way, a full-length mirror is very useful to ensure you've got good posture without having a handy Ben around to tell you that you're doing it wrong.

Secondly, getting out of the house to do some suffering is easier than staying in it, where it's surprisingly easy to get distracted by doing the washing, tidying up or indeed do anything that isn't getting fairly physically uncomfortable for an hour or so. As most of the exercises involve using your body weight, it felt slightly intimidating as people hammered weights machines around me and I simply sweated heavily on and over the floor, but being a proper sweaty mess is a good antidote to Insta-gym-ers - it ruins any carefully curated picture you're in the background of at any rate.

Slowly finding that you can do more reps of an exercise - or the same reps with less suffering - is a very satisfying experience, however. One of Ben's 'easy' gains was his six minutes of planking a day, which has been really rather easy to integrate into life. The aim of the game is to do three minutes as a front plank then one and half minutes per side, eventually all in one go.

While the early days involved doing much less than that while shaking and sweating a lot, it's been gratifying to be able to increase the amount of time in one position before I have to crumble up and whimper a little. Doing it just after getting out of bed also makes the morning cup of tea feel much more deserved - who knew a quick plank in the morning would be so much fun?

Cheap smutty puns aside and now I'm walking without a limp, getting back on the program has been somewhat stop-start. It's not helped by going on a working holiday, though some impromptu labouring probably made up for some of that - who needs a kettlebell when there's a couple of tonnes of sand and concrete to shift?

I suspect this is the problem that most people find - while a couple of hours a week really isn't very much to ask, without falling into a solid and regular regime, it's easy to find excuses as to why you're too busy - even though finding enough time to sit yourself on the sofa for a couple of hours apparently isn't a problem. Much as I dread the Turkish Get Up or the PUPP, I suspect making this part of my routine be the hardest thing of all.

Of course, the real proof of the pudding is whether I'm feeling any better on the bike. Without submitting to an FTP test or timing myself, it's hard to know, but I reckon I'm getting some benefits when it comes to core strength and I seem to be able to keep a good, aggressive riding position even longer into bigger and rougher descents or when I'm starting to tire after a long day on the bike. It might be psychosomatic, but it's enough to keep me at it at any rate.

Next time around, I'll be moving on to phase two of the programme as my first race date draws near...

If you're keen to find out more about Ben's training, check out his site below for more info.