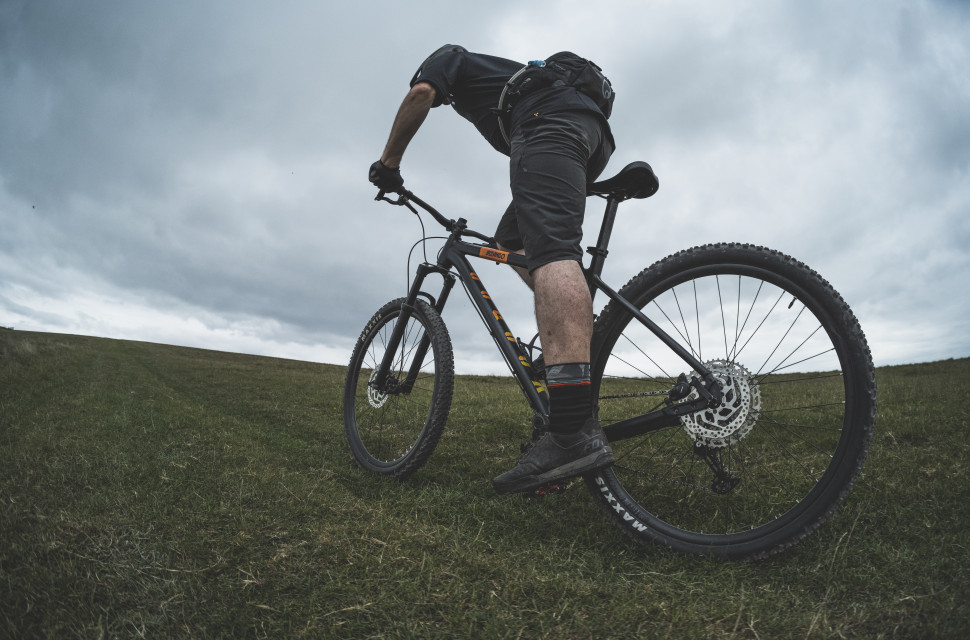 With a brand new range of mountain bikes, Voodoo invited us to the Surrey Hills to get a hands-on look at the whole range. We were also able to spend some time sampling the top Surrey trails aboard the new bikes so we could learn everything there is to know. With that, here’s everything you need to know about Voodoo’s 2022 mountain bike range. 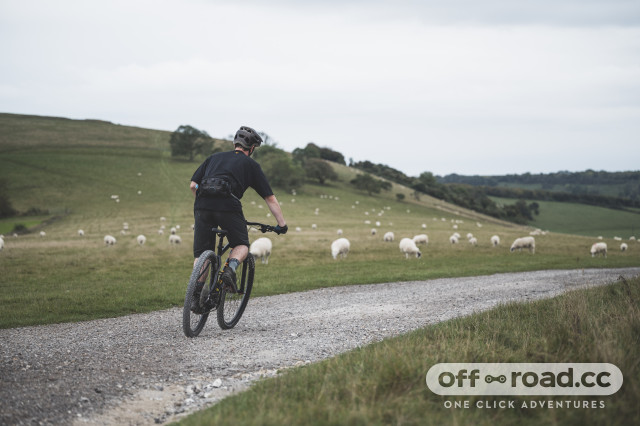 For 2022, Voodoo’s range of hard tail mountain bikes mostly share the same frame. That’s great stuff, as the bike's ride characteristics will remain pretty similar should you spend as little as £500, or max out at £925.

Those frames come with an array of modern features, such as a tapered head tube and routing for a stealth dropper post. Those are extra useful as they open up a huge array of fork and dropper post upgrades if that’s something you would like to do down the line. You’ll also find a dropped chainstay with some compliance built in for comfort and a perfectly modern cockpit complete with a 760mm wide handlebar on every size but the large, which gets a 780mm bar.

Almost all of the bikes roll on 29” wheels apart from the Wazoo, which we’ll touch on when the time comes. They each get 120mm of suspension at the front, apart from the Bizango Pro and the Wazoo, both of which receive a 10mm bump in travel to 130mm.

The final things that grace each of the bikes is a custom WTB Volt saddle that’s been made with gel inserts for a boost in comfort and there are 1x drivetrains across the board, apart from on the Wazoo. There are also Maxxis tyres wrapping Voodoo’s own tubeless ready wheels on all bikes.

Along with the mountain bikes, there's also a selection of gravel bikes and kid's bikes. 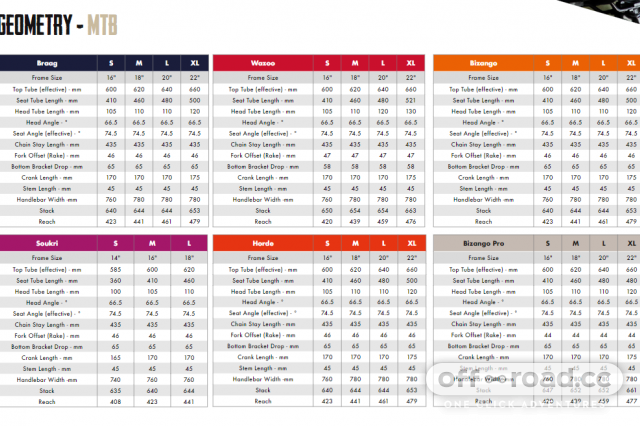 Because almost all of the bikes share their frame with the rest of the range, the geometry is pretty similar at every price point. Voodoo has taken a tried and tested approach, slackening, and lengthening the geometry just a touch to make the bikes more capable without sacrificing what we already know and love from the range.

The bikes see in a 66.5° head tube angle, a 74.5° effective seat tube angle and a large frame gets a respectable 461mm reach. Then, the chainstay length sits pretty at 435mm on all bikes.

That’s not to say that there aren’t a few little tweaks from bike to bike but I’ll let you know about those changes when we get to those specific bikes.

All but the Soukri comes in four sizes, from S up to XL whereas the Soukri gets three, from S to L.

On each Voodoo bike, you’ll find a collection of numbers on the top tube. That’s your unique ID and entry into the Voodoo VIP Members Area. Once signed up, that’ll give you access to special discounts on Voodoo kit and competitions.

Voodoo has also introduced a very impressive warranty scheme. If you were unfortunate enough to wreck your Voodoo frame in a crash, the brand will replace it free of charge. You’ll only have to pay for the labour to have the frame swapped. Now, onto the bikes. 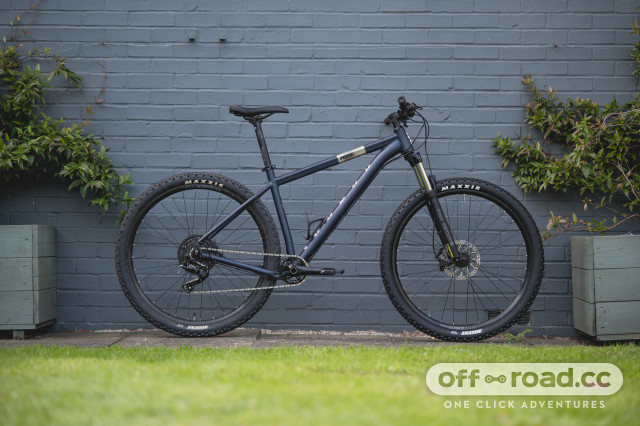 Starting off at the bottom of the range is the Braag. Its frame gets a 141mm Boost QR rear axle with Suntour XCM32 fork damping its 120mm of travel that comes sorted with a 15x100mm thru-axle. As for shifting, that’s covered by Microshift with the Advent 1x9 drivetrain including an 11-46t cassette and a Prowheel Charm crankset rocking a 32t chainring.

The brakes on this bike are Clarks Hydraulic brakes and there’s a pair of 2.25” Maxxis Ardent tyres wrapping tubeless-ready rims with a 24mm internal width. 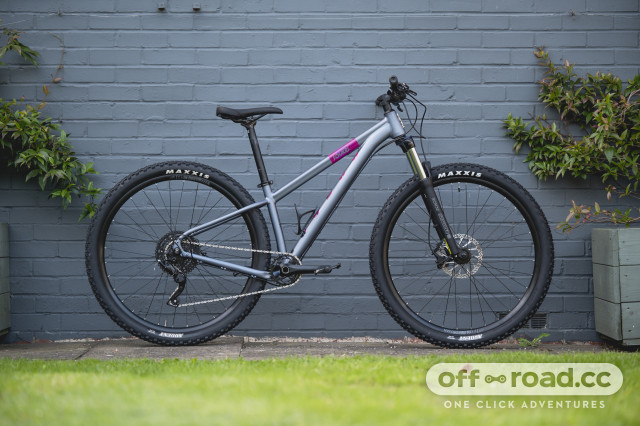 Next up is the Soukri, which gets all of the goodness of the Braag but in a women’s specific package. That’s not all, as this one is kitted with a WTB Volt Wide custom spec saddle.

The Soukri’s frame is a little different in terms of geometry. Its top tube is shrunk by 20mm, as is its seat tube measuring in at 460mm on a large. It also comes with a narrower 760mm handlebar on each size and a lower stack. The reach on a large Soukri matches that of a medium on the unisex bikes and comes in at 441mm. 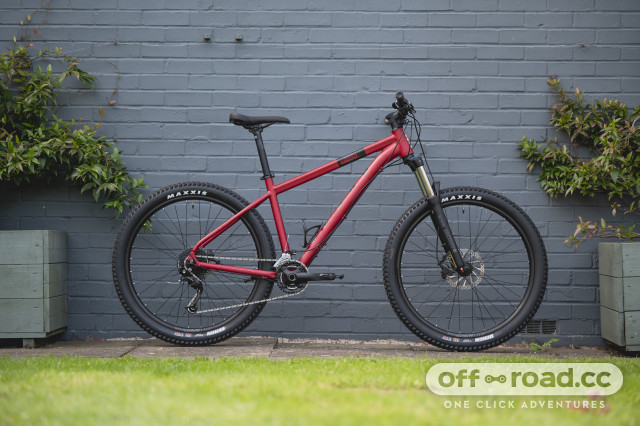 Then, there’s the Wazoo, and what makes this bike special is its 650b wheels and 2x drivetrain. It gets the same alloy frame with a 141mm Boost QR rear axle but its Suntour XCM34 fork gets an extra 10mm of travel. As with the rest of the range, this fork uses a 15x110mm thru-axle.

The Wazoo is driven by a Shimano Alivio 2x9 drivetrain with an 11-36t cassette and a Shimano Altus crank, kitted with 36t and 22t chainrings.

As mentioned before, this bike rolls on 650b wheels with a 32mm internal width, and those are wrapped with a pair of 2.6” Maxxis Rekons.

Because the Wazoo rocks 650b wheels, the geometry does change a little bit. It gets a 58mm BB drop, as opposed to 65mm on the other bikes, a 47mm fork offset and a slightly shorter reach measuring in at 459mm on a large frame. 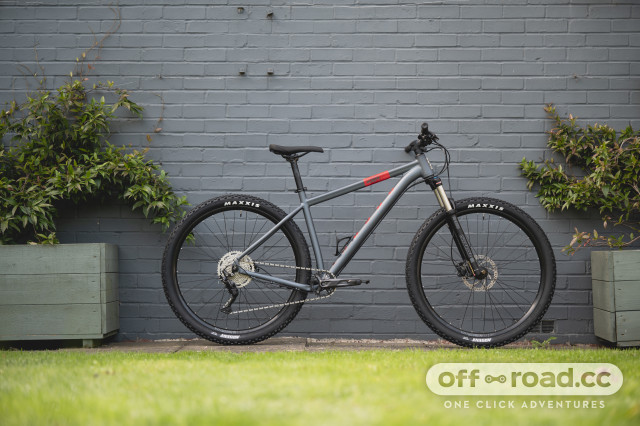 Moving onto the horde, it also gets a 141mm Boost QR rear axle but its fork is upgraded to a Suntour XCR32 LO with an air spring, shedding a bit of weight and upping the adjustability. Of course, this fork also comes with a 15x110mm thru-axle.

This bike Is the first in the range to see in a full Shimano 1x drivetrain and here we’ve got a Deore 1x10 set up with an 11-46t cassette offering plenty of range and a 32t chainring. The brakes here come from Tektro with the HD-M275s and there’s a pair of 2.25” Maxxis Ardent tyres wrapping the Voodoo’s own tubeless-ready 29” hoops. 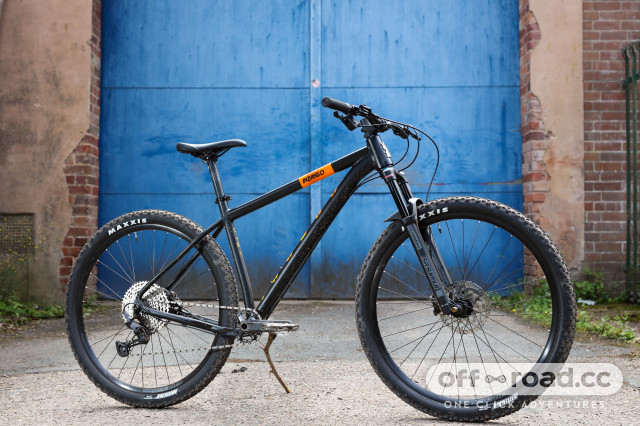 The Bizango is the star of the show priced prettily at £750. As with the rest of the range, this bike gets a 141mm Boost QR rear axle, 2.25” Maxxis Ardent tyres, and Voodoo 29” tubeless-ready rims but this bike gets the Suntour Raidon Air fork. Then, there’s a Shimano Deore M5100 1x11 drivetrain with an 11-51t cassette offering almost the same range as top-end 12-speed drivetrains and there’s a 32t chainring. 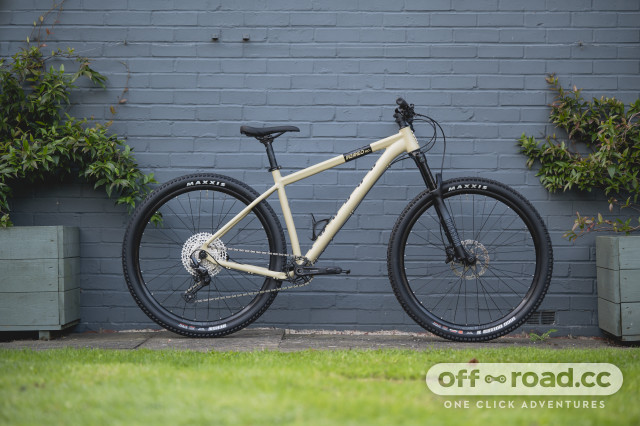 Rounding off Voodoo’s range of mountain bikes is the Bizango Pro. It gets a pretty serious upgrade compared to the Bizango with a 12x148mm thru-axle at the rear adding a chunk of stiffness. There’s also a RockShox 35 Gold but on this bike, damping 130mm of travel with its fatter, and stiffer 35mm stanchions.

Then, the Bizango Pro is graced with a full 12-speed drivetrain in the form of Shimano’s Deore M5100 collection with an 11-51t cassette and 32t chainring.

The upgrades don’t stop there as the Bizango Pro gets a more aggressive tyre set up including a 2.3” Maxxis High Roller II EXO TR at the front paired with a Maxxis Rekon EXO TR at the rear. Both of those are tubeless-ready.

I see a few voodoos about,they definitely look the part and appear to offer great value.